Since upgrading from SM40 to SM60 etalons I've been disappointed by results.

Yesterday I tried to be systematic, following the advice by Board Members on tuning pairs of etalons. Despite that I was underwhelmed by the view I was getting. So I dismounted the pair of SM60 IIs and put on my pair of SM40s (neither with Richview) and the view was far superior, a lot more detail.

Conditions were very good and if anything better when the SM60s were fitted. The same OTA was used, an FS-60CSV with a screw-on adapter, and the same BF10. Other than the etalons the only other difference was the addition of an SM40 to SM60 adapter to allow the SM40s to be attached.

Any suggestions of what might be the cause of the disappointing performance and how I can resolve it would be welcome. I should add that I plan to switch OTA from the FS-60 to a TV-76.

are you able to show pictures of the system setup?

i am not an expert, but in my experience detail = low bandpass. so i would start there with rich tuning and etalon alignment. since you seem experienced i would guess not richview and maybe some subtle difference in how a pair of 40's needs to be compared to a 60.

shots of the different results with each set of etalons would be helpful, a lot of these people are so experienced they can tell from pictures what you are doing incorrectly.

Thanks for that suggestion. I'll take some images and post them.

Although I've seen pictures and reports of the FS-60 being used with SM60 I'm not certain whether they were SM60 or SM60II nor whether alignment is more likely to be an issue with double-stacked SM60II than SM60. Certainly there are added components between the etalons, the richview tuner and extra 82mm threaded section.
Frustratingly, I switched to a screw-on adapter from the home-made slide on one as I thought that it was a potential cause but the problem hasn't been resolved by that change.

Hi and welcome to the site.There is a pin on the side of the SMll unit that can be adjusted to set the tuning range for your altitude. Unscrew it using a small shifter or long nose pliers. I'd start off in singlestack and with the T max parallel, adjust the RV tuner until you see better detail, then adjust the T max until you get the best overall detail. Try minimum tilt on the T max and use the rich view to get the most detail, then place the pin in one of the holes in the middle of the tuning range. These are initially set for the manufactures altitude, and might need adjusting for your location to get the best detail. Hopefully this helps. 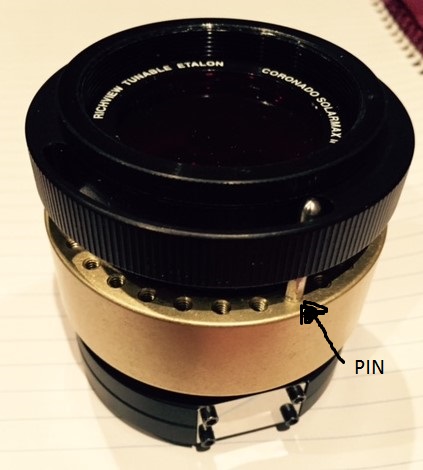 Many thanks for the suggestion on the pin. I've now taken delivery of the TV-76 and it's ready to go. Tomorrow is supposed to be sunny here so I'll have a go with it - and take images as per rxdeath's suggestion if I don't see a distinct improvement.

I used an FS60 with two SM60 I and it was very good.
I think your issue is rather with the FWHM as stated above. The SM type II are usually less good than type I, hence the rocketing price of second hand type I

Could you elaborate on the FWHM?

Saturday turned out to be better than predicted so I had a go at re-locating the pins, each single etalon in turn. I followed the suggested procedure and positioned the pins at mid-points. The results were that one had no tilt, the other a small amount; in both cases less than before.

I then double-stacked and adjusted but as soon as I changed to the SM40s the view became much better. I then double stacked in order each of the SM40s on one of the SM60 IIs (I should have repeated with the other but was running out of time). Those resulted in views that were better than the DS SM60s but still not as good as the DS SM40s. I've not yet processed any images - not sure what they are likely to show other than what I could see when taking them. Barring searching out older versions of the SM60s what else should I try?

Probably that is how they are

I must say I get amazing contrast from my DS PST (which is the same as a SM40), far better than my Solarscope DSF100. I think these Coronado 40's have a bandwidth FWHM or base of the curve that is very superior and unfortunately you have been spoiled. I was disappointed with my 100mm as I expected it to look like my PST but I have just got used to it.

This may help you understand the FWHM http://solarnutcase.livejournal.com/9896.html
and here is the contrast difference between my Solarscope which I reckon is 0.5A as stated by Ken 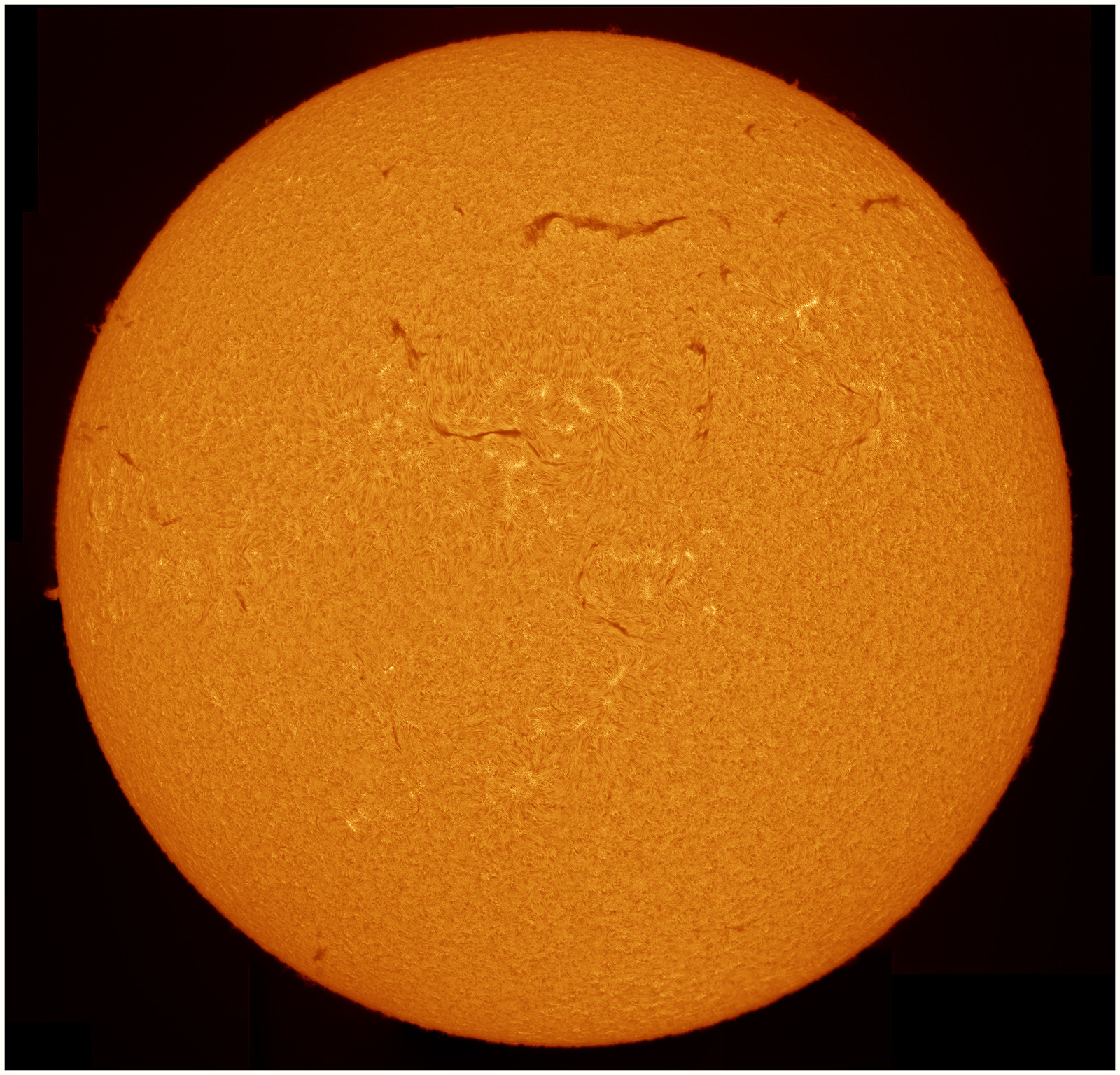 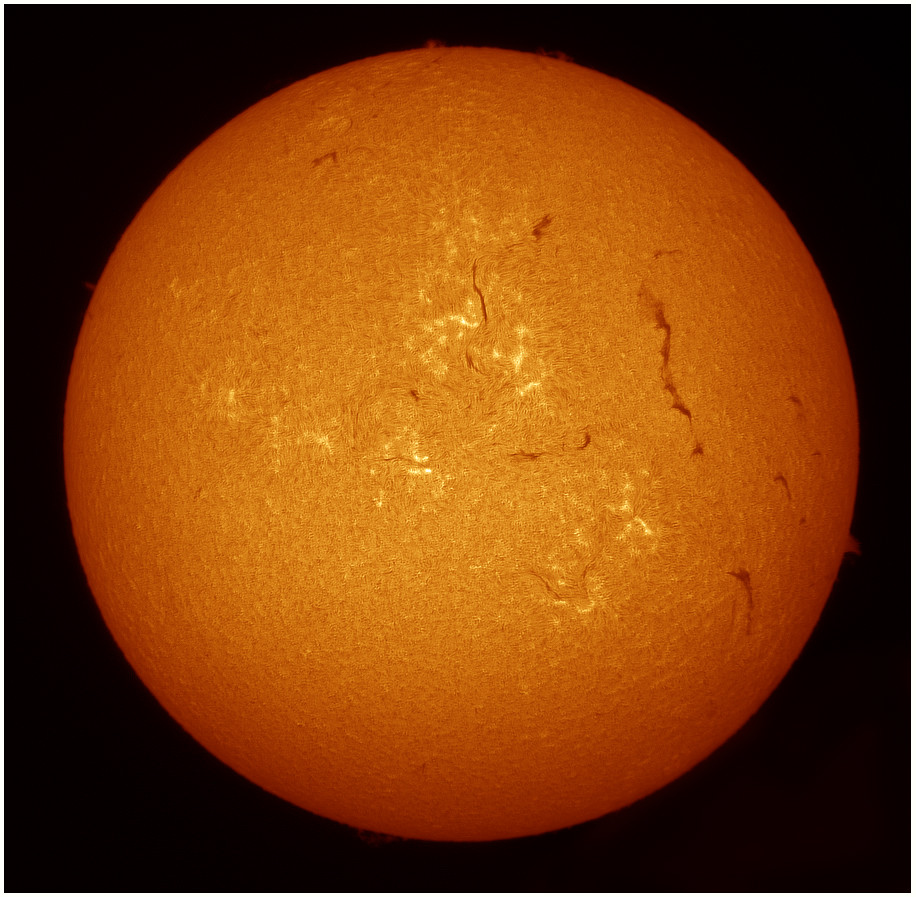 Is this the sort of difference you see?
Alexandra

Sorry for the delay in replying. Some difficulties with software to show samples.
Attached just two. One DS with the SM60II the other with the SM40s. Both shots screen captures of single AVI frames with no processing. The difference between the two more stark than yours; almost no detail with the SM60s, quite a lot with the SM40s. I note the comments on the better performance of original SM60s compared with the newest offerings. Unfortunately I'd not picked that up before and had thought that the Richview Tuners might make the opposit true.

I read the link on FWHM but am still uncertain what action I need to take; is there further adjustment that I do that will make much difference? Could Meade do anything with them, if so would that mean shipping back to the U.S. Or should I begin to search for older SM60s or even to consider the option of Baader DERFs in custom cells etc. As you can imagine I had hoped that I would see a real benefit by going to larger diameter etalons, not the reverse. 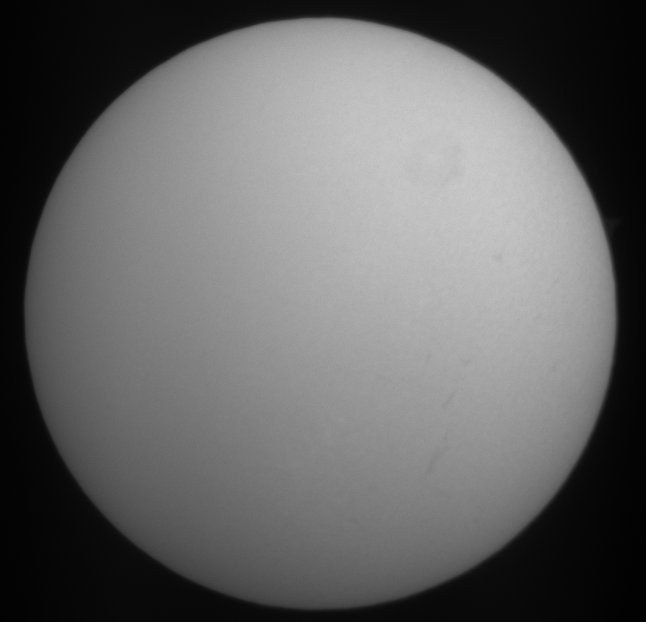 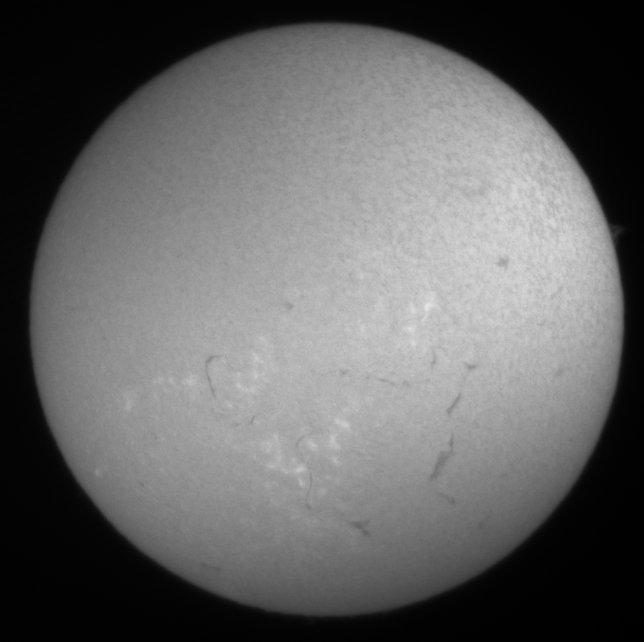 mmmm your PST image looks very similar to mine, but there looks like something is very wrong with your other. I would classify your current image as an off band single stack scope. Is this the best you can achieve? What is the single stack like on it's own first? test that and only that and try and post an image. We will start small tests at a time.

I agree that it's awful. I'll have another look at what I've had double-stacked. This is a segment of a shot done single-stacked with one of the SM60 II on the FS-60CSV at the recent transit of Mercury. 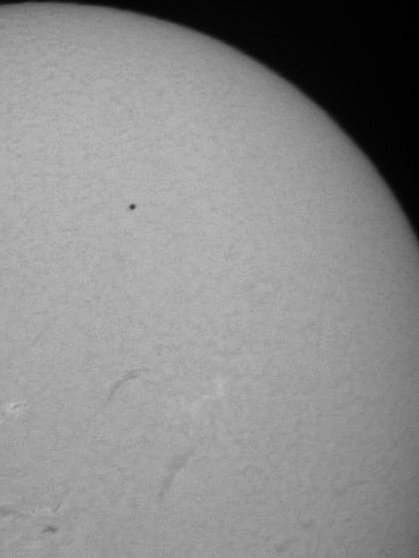 Well that is looking like what I would expect for single stack, so it is looking like the double stack has a problem?
You need to start with the single stack, find the darkest most contrasted surface detail and take a good image. Then add the double stack and look for the brightest but most contrasted surface detail and take another image. If adding the double stack removes more contrast from the disc than what you get in the single then it has a problem. You need to send the images to Meade customer support and check out what they think.
Alexandra

Is your blocking filter perfectly intact?

Alexandra
Yes, that wasn't too bad. If the sun returns to Scotland this weekend I'll aim to have another go.

Mark
I think the Blocking filter is OK - the views with the SM40s remain as before, and as expected. I do have a BF5 that needed a new ITF. I took the advice, which I think came from you on replacing that, and it seems fine now. I normally find that I prefer the view through the BF10 but I can try the BF5 with the SM60s.

Thanks for the suggestions, I'll persevere a bit longer before contacting Meade.

Definitely worth trying the different blocking filter, also if you have a UV/IR cut filter try that on the nose of the camera - only reason I say is that one of the reasons the image might look so washed out is if there is an IR leak somewhere saturating the sensor on the camera. I suspect not, but would be worth ruling out as a possibility.

I'll have to check whether the filter in my Baader LRGB set is UV/IR cut. I'd need to extricate it from the filter wheel sandwiched between my SBig camera and AO unit.

Very sorry for the delay in responding - an unexpected hospital stay!

My findings were that:

The conclusion from all that would seem to show that it is one of the SM60II filters that is the problem. So as it was bought from a US dealer I guess I need to go via them or perhaps direct to Meade.