An archive of all the best images Solar Chat has to offer!
Post Reply
12 posts • Page 1 of 1

The stars of the day are two prominences on the NE limb. The southernmost one is large and easy though fine detail comes difficult with the seeing. The northernmost one is a detached wisp leaning southward and is a bit fainter than it's southern neighbor.


Celestron NexStar 102GT w/Altair wedge and 540nm filter. 50x ( WL )
I can make out two pores in AR12803 in the NE. The SDO continuum image shows three. I can also see the faculae containing them as well. I see no other detail on the solar disc in WL. I can't even make out the granulation in this seeing!

I have included a couple of captures from my ZWO camera. The proms picked up well but I could only barely get a filament on the disc. I seem to have more trouble focusing and tuning using the camera than with the eye. 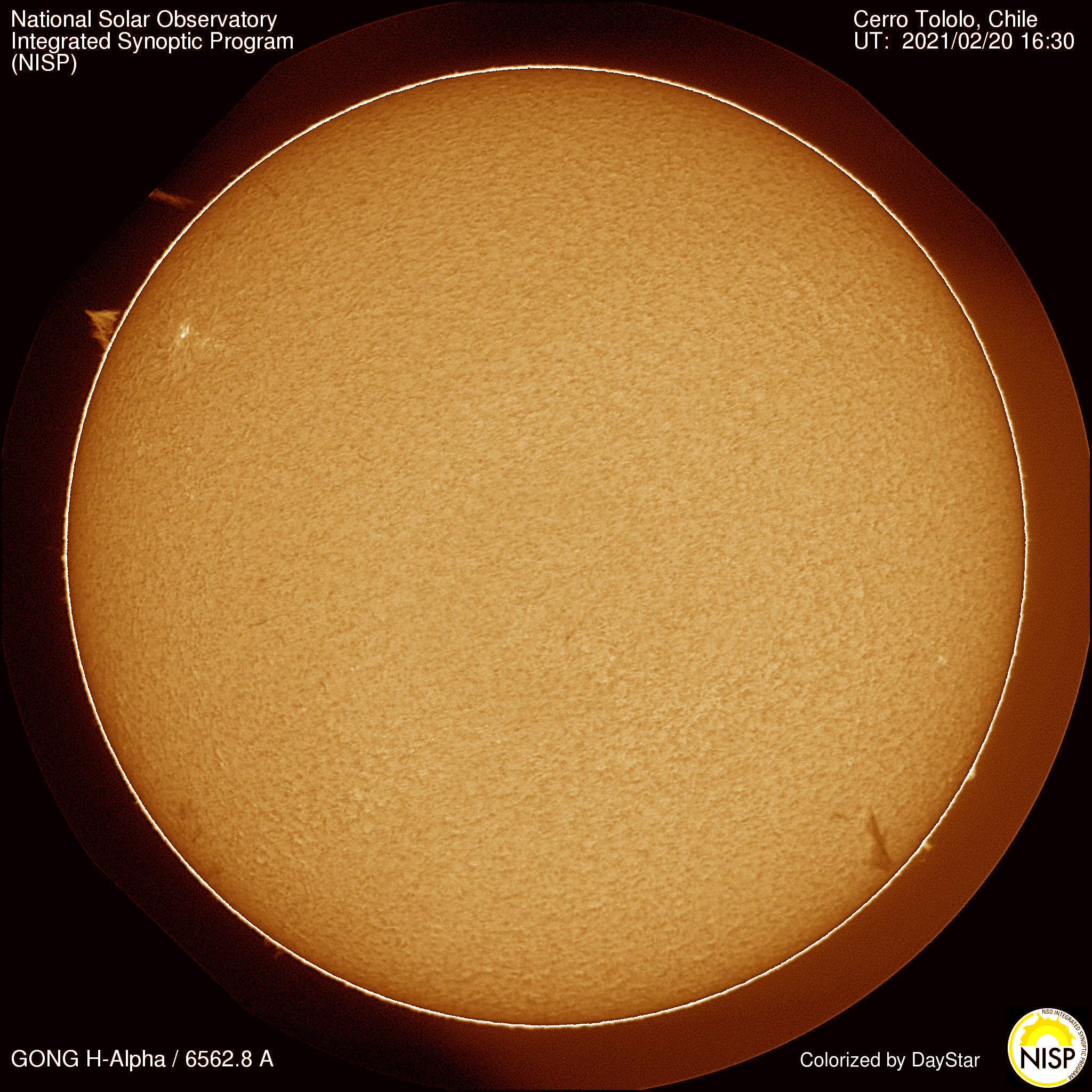 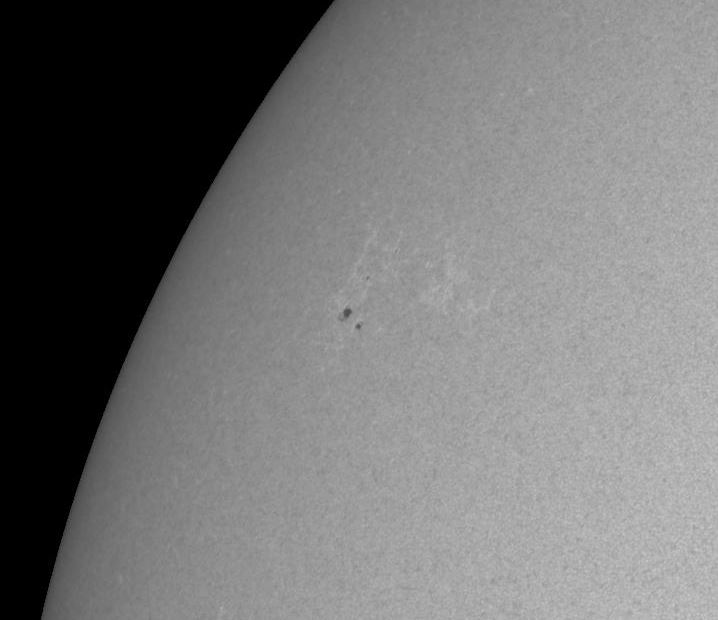 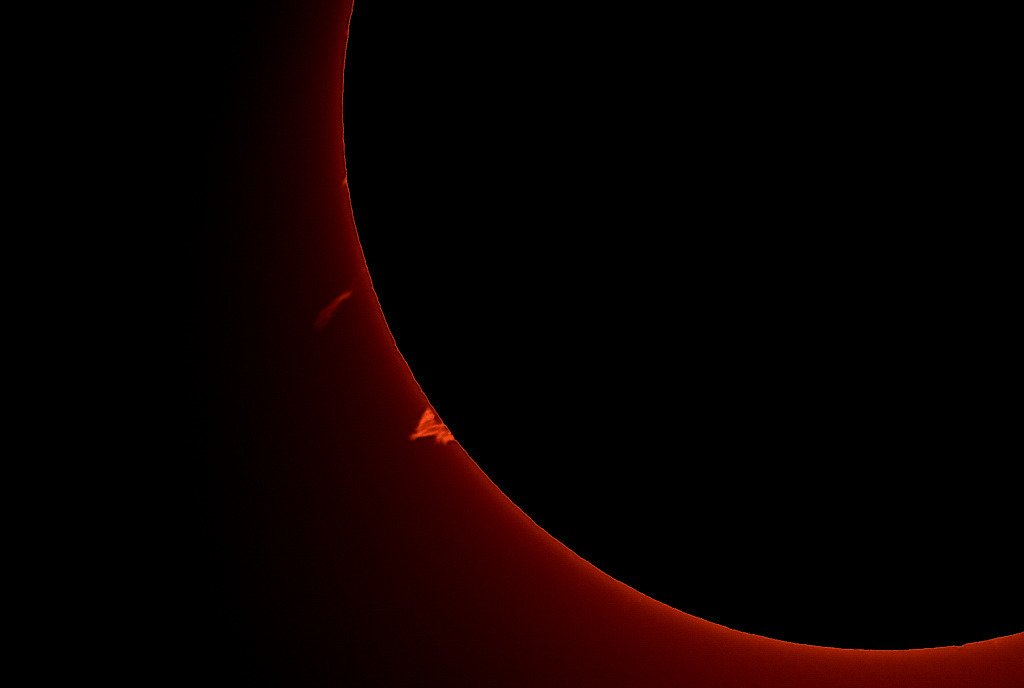 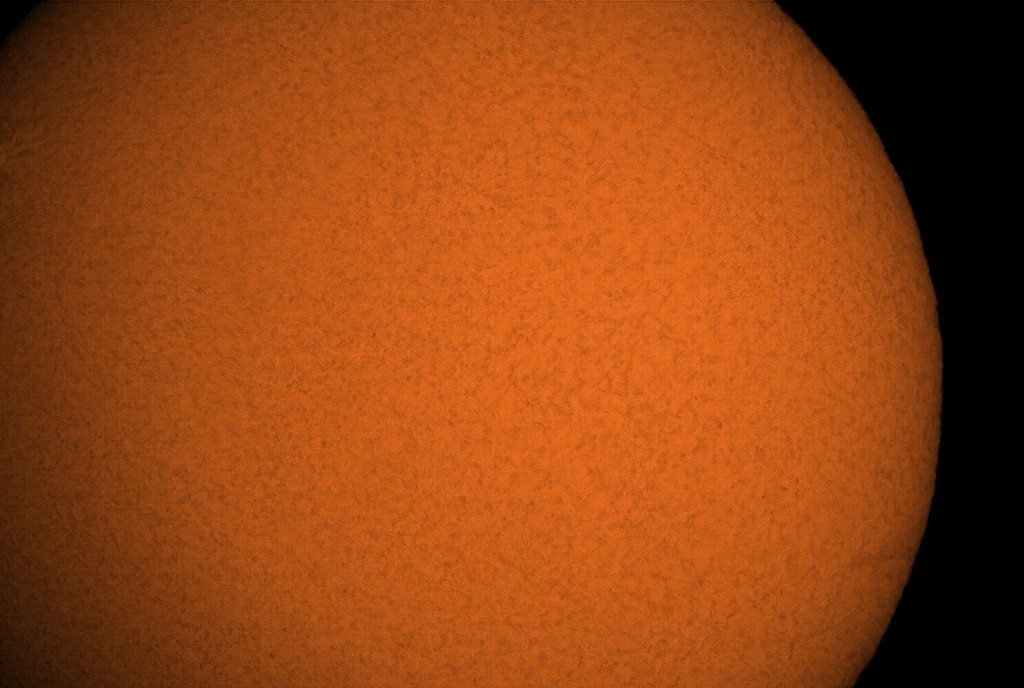 Try sharpening a little for 9 as that is a probability for improvement.

I like the colouring of both and the proms is well-good and certainly as good, if not better than the Gong image. You might choose to flip the 9 image
to match the Gong image, but no probs there...

I'm following the spots situation on AR2803, as there does seem to be a third spot.

Thanks for the info and efforts.
Terry

Correction to my previous ---
" You might choose to flip the 8 image to match the Gong image, but no probs there..."

Thanks Terry. I am glad that they are detailed enough for you to tell my orientation is off a bit. The proms are flipped correct but need to be rotated up a bit I think.

Yes James I should have correctly said "rotated" so we both now know - thanks.

You are doing very well.

Thanks James for the report and your second light image's, it's not easy but you'll get there.

Did you purchase your coronado new from a vendor, or used from a classified ad?

Could you snap a photo of the filter in the nose of your blocking filter and post it here? Can use your cellphone and email it to yourself if you do not have a point and shoot.


Coronado was notorious for having faulty blocking filters that make imaging more difficult, so it is best to discover this now.

On your next imaging session, please post a comparison of your single stacked mode, disconnect the double stack filter, tune your rear etalon until the surface detail snaps into view on your computer screen. It should be very vivid, if it is not there may be an issue with your blocking filter.

, When your single stack image becomes very detailed on screen, add your double stack filter for a second photo se we can determine if you have a "sick" coronado. Realistically the double stack filter is going to make everything not as bright, and thus more difficult to image with if the sky is hazy.


You are certainly progressing, but i feel that you may be battling with a dirty sky or dirty blocking filter.

A lovely report James and great to see the images progressing, the prom image is great

the surface still needs a bit of work, I'm guessing this is single stack? a double stack is dimmer but much easier to pick out contrast and focus.