Hello everybody: today a sunny day again with inferior seeing. Connecticut is right in the middle of the jetstream. I took out the HaT scope just to try and the results were like a plate of plasma soup with a crouton in the middle

I then took out the 6" refractor with the Sodium Quark. For some reason this combination does not seem to be too much affected by the poor seeing: this, I like ! I got a close up of the sunspot, not the best, but something. The small lightbridge is visible.I then took out the SM90, first SS, then DS. The single stack won the day and I got two other wide field images, one with the PG Flea 3 and one with the ZWO 178.

Hope you had a chance to image this sunspot: it is not large at all, I almost wanted my money back ! 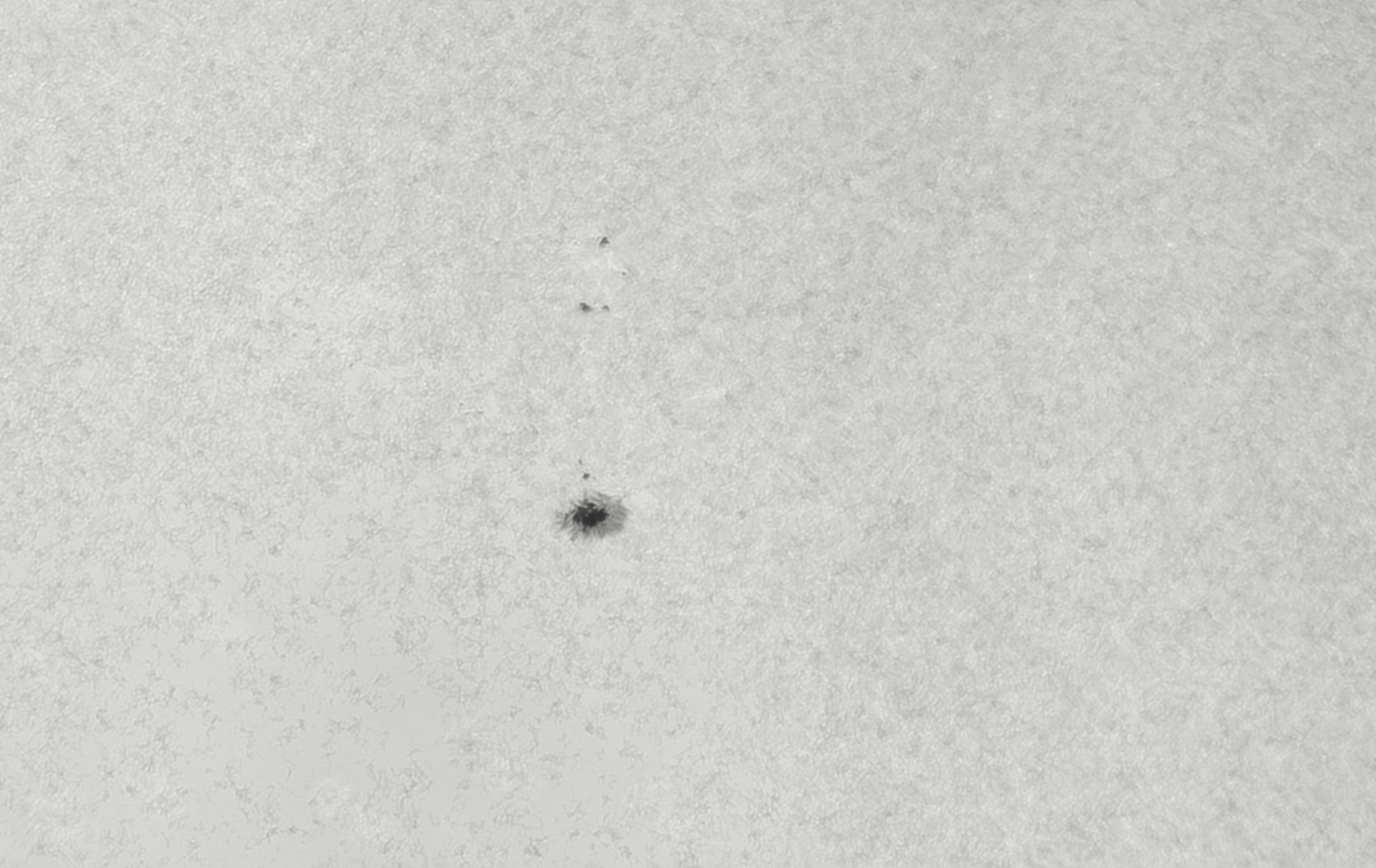 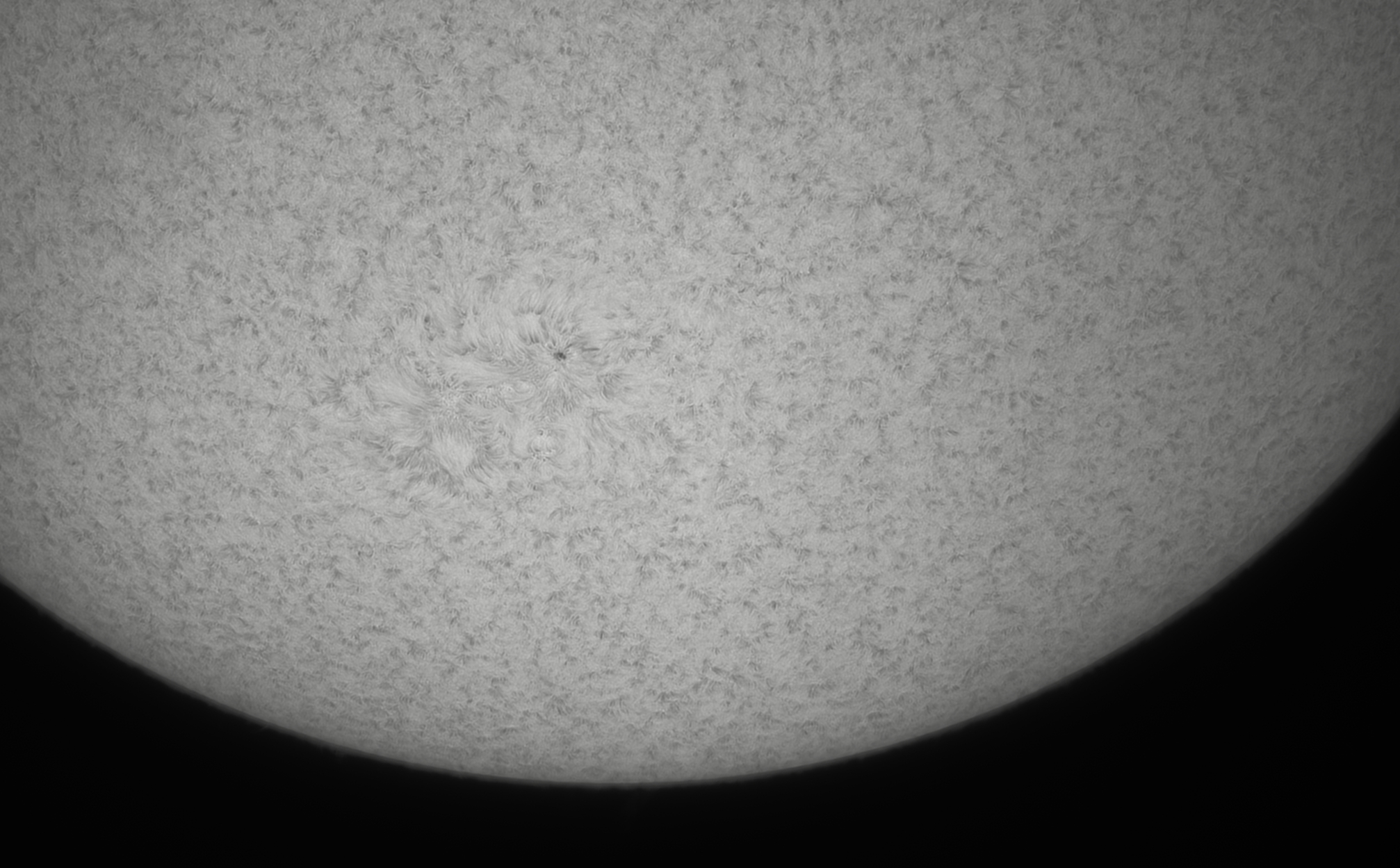 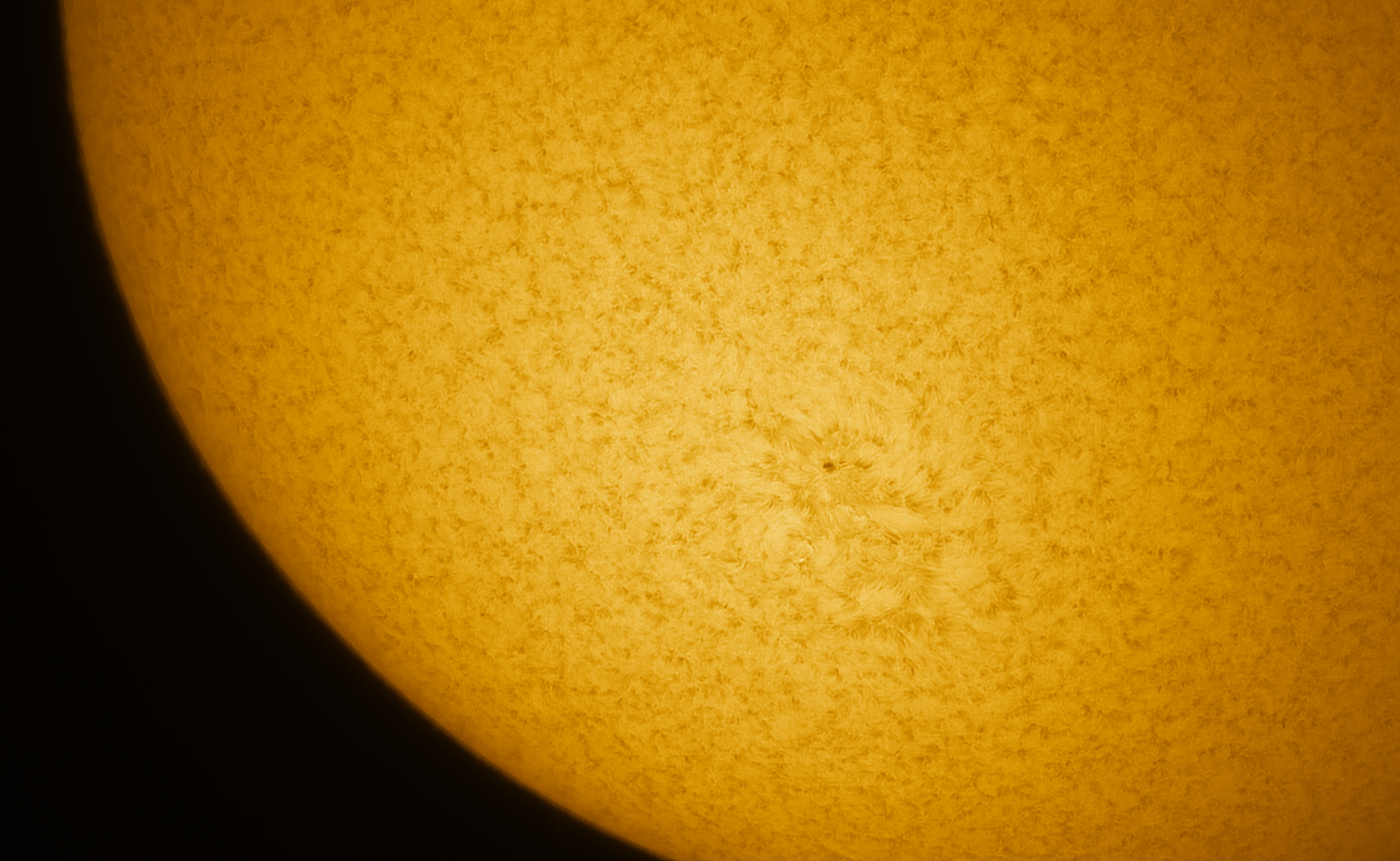 Thanks Franco for the fab images under the circumstances of your less than perfect seeing.
Excellent detail in the first two images.

The only little bit of Sun-shine was too late in the day here in S.E.England.

I would LOVE one of those sodium filters Franco!

Thank you very much Terry, Dan and James. Your valuable feedback is always very appreciated.

Not too shabby at all considering the conditions, Franco.

Lovely run of images Franco, a 6" frac is going to be on my shopping list for next year when, like you, seeing is just too much for the HaT.

Fantastic images Franco, the spot is small but beautifully formed

Thanks a lot, Alexandra. Hope you get to spend some time with the sun.

I’m going for an Astro-Tech AT130EDT triplet in the coming year. I have it’s little sister already. An AT72EDII. I also have my sights set on a Sodium D line Quark too.

Awesome, James ! The planning and waiting for new equipment is part of the fun of our solar passion.

Nice images, Franco. In these lean times, any sunspot is a good spot no matter how small:)

Your sodium images are really nice! The new equipment is fun but so expensive.

Thanks a lot Stu and James