Made an early start and found clear-ish skies, a bit hazy but much better than the last 2 days. Didn't expect much with all the active regions now on the far side but I was pleasantly surprised!

White light was quiet as expected although the seeing was not bad at all and visually the granulation was quite impressive. I didn't do close ups with the ASI today as there were no AR's, just an FD via DSLR. Switched to Ca-K and found a similarly quiet disk 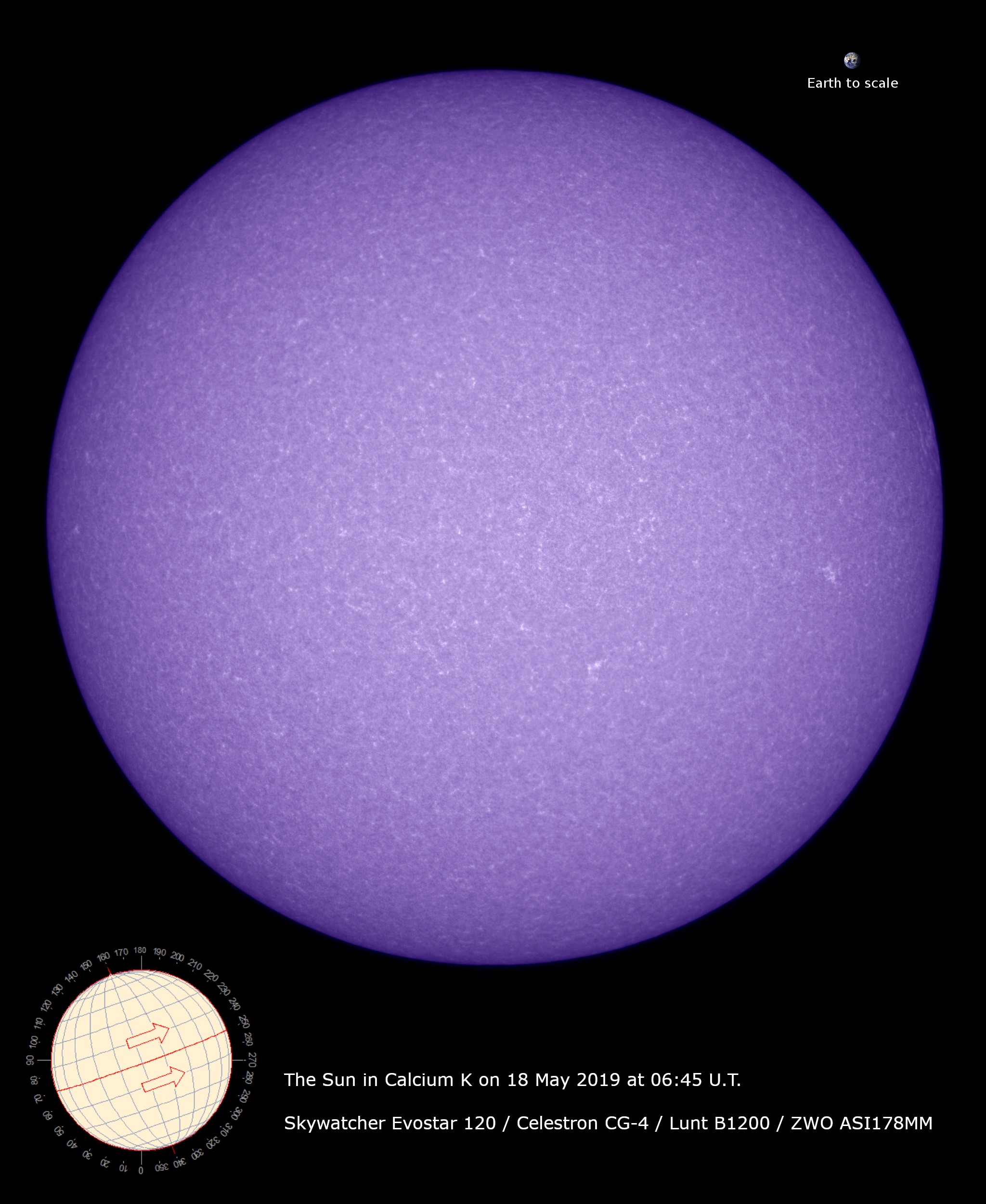 Then started looking for proms and finally found something to get excited about. Having read a few posts on binning I decided to try binning 2x today. Makes prom capture easier as exposure times are shorter and frame rates higher and I don't seem to loose anything much in the way of resolution? 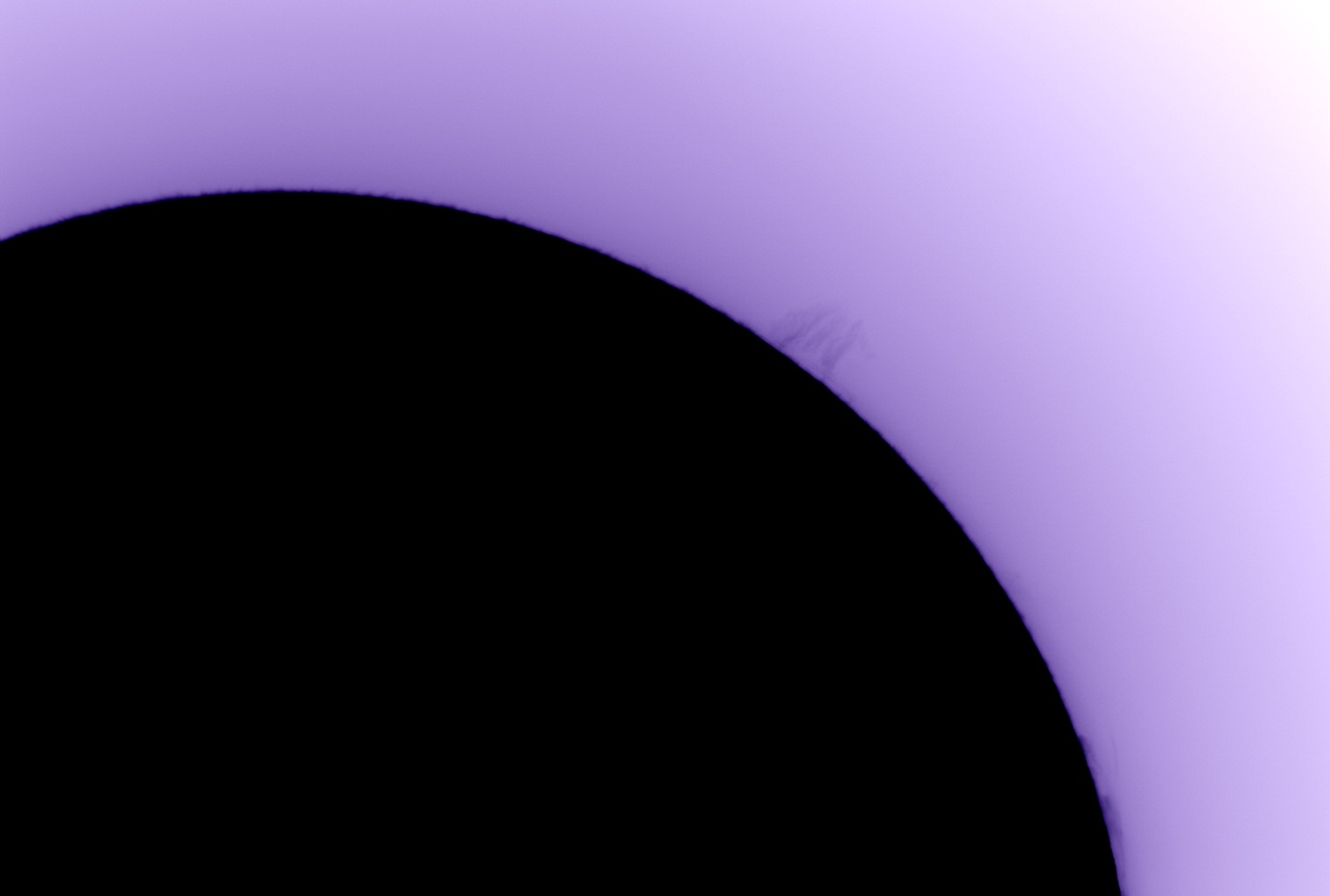 The decrease in exposure time means I can plug a barlow in and capture proms @ 2500mm focal length too. Suffice to say I quite like this binning thing! 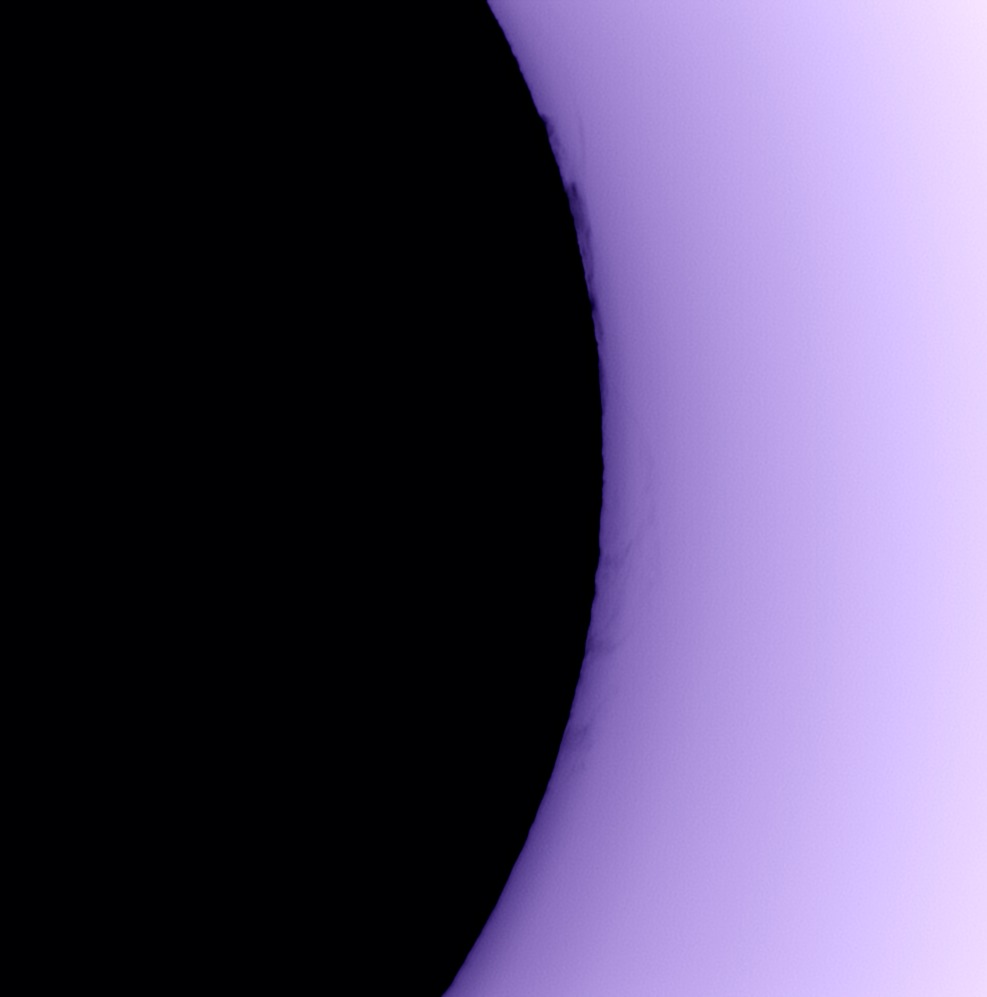 Binning is good! I use it too. Nice images, it's never really cleared here today, just had a few glimpses.

David:
A very nice session.
I had a terrible hazy (smoke) situation, due to forest fires.
Best regards.
Eric.

cloudy all weekend for me