Friday started grey and misty for me which was frustrating given the forecast was for blue skies, however by early afternoon all the low cloud burnt off to reveal really quite blue skies without the usual haze. I went out and set up and also pleasantly surprised the SSM was coming in with seeing values in the region of 2-3 arc seconds: 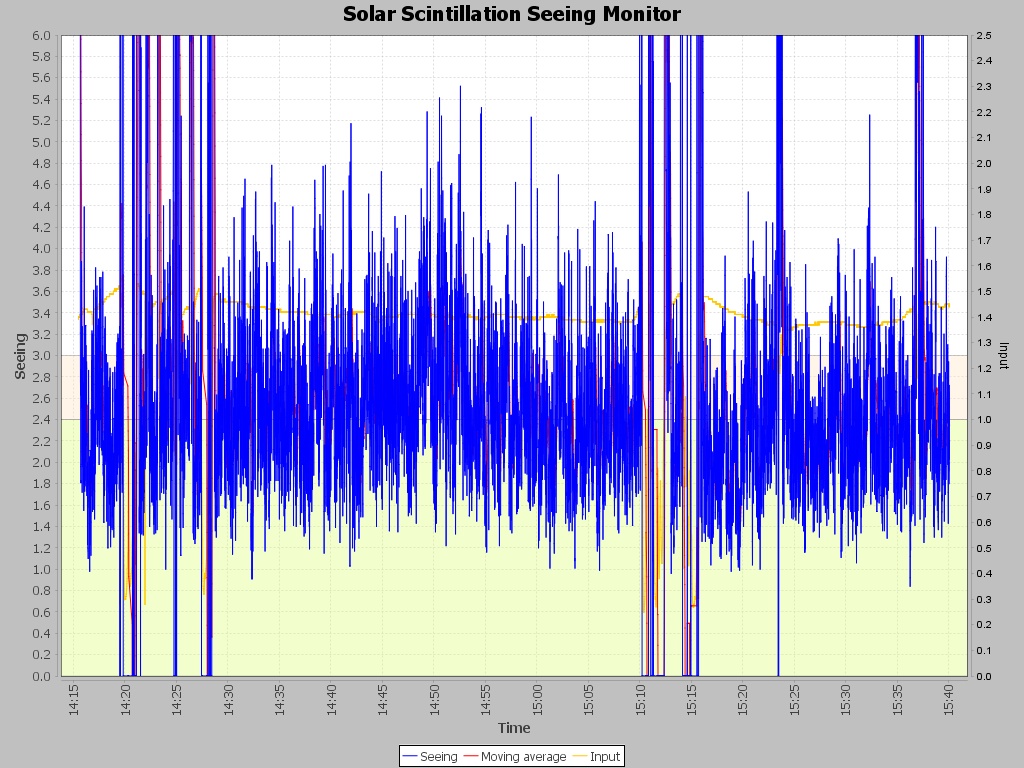 seeing by Mark Townley, on Flickr
I knew this was too much to bother with the HaT so got the SM90ii out. With nothing of note on the disk worth pursuing, I went hunting for the big prom that was visible; Starting off with a 3x barlow it quickly became clear that this scale was going to be too much, so dropped down to the 2x, again too much (I was running files through AS3 on the fly), however dropping down to a magnimax barlow nosepiece giving me a image scale of ~1.6x straight away it was obvious on firecapture this scale to image at was working with the seeing. I decided to opt with the smaller image scale knowing I would get something I could work with rather than waste time (and hard drive space) chasing an elusive super close up that might or might not work out.

Using the Grasshopper with the IMX174 chip I went in automated mode, using the Hinode solar guider to keep the scope squarely on the prom and the SSM and plugin in FC to set a threshold so I was only recording the sharpest of frames. Despite the prom looking pretty quiescent on GONG I could tell from looking visually through the SM90 there was quite a bit of subtle activity with it so decided just to blitz it, and get as much data as my diminutive hard disk would allow. A few passing fluffy clouds interrupted what would have been a perfect run but these have little effect on the result. I managed just shy of 40 minutes of observation from 14.57 to 15.36. I decided to leave the less sharp images in the sequence as they keep the continuity of the movement that was visible, only deleting the cloud sections. I ended up with an animation of 120 frames spanning nearly 40 minutes, so a cadence of about 3 frames a minute.

The result pleasantly surprised me. I aligned in ImPPG with several alignment iterations as Photoshop just locked up every time. I know the image is inverted to the norm, but is looks strange raining the wrong way. It then got me looking around as to whether coronal rain is the right terminology for it, as, traditionally coronal rain is associated with post flare loops, and there was definitely no flaring with this! Turns out there are different categories of coronal rain with the rain in this type being called 'descending prominence knots'. The rain part refers to the condensation of cooler material - plasma on the sun as opposed to water on Earth, however in post flare loops the rain is guided and forms along the magnetic field lines, whereas in this situation the field lines in a prominence are flat (compared to looped) so the rain forms due to temperature differences (instability) in the corona. As the environment is 'viscous' they fall back towards the sun at less than terminal velocity. Given all frames are timestamped and we know image scale it would be quite possible to work out a velocity for these 'descending prominence knots' (or raindrops), i've not done this but theory suggests a few tens of kilometres a second. The science in all this is really very new, this paper https://iopscience.iop.org/article/10.1 ... /1/21/meta from 2014 is perhaps the most comprehensive I found, and heavy going in parts still gives useful information.

The STEREO image suggests a couple of brighter points about to round the limb at these low southern latitudes (remember my ani is vertically inverted), given there latitude this means they are cycle 25, and this is also contemporaneous with the latitude of the prom, so, definitely the area to keep an eye on this weekend. 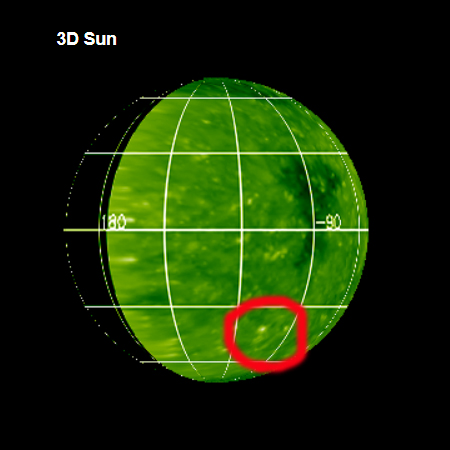 Hope you like my cinema, just about to head out and see what I can get this morning.

I love your explanations thank you!

Nice prom animation, glad you had some sun Mark

Thanks guys! Managed a 150 file run of the same prom region earlier this morning, AS3 is currently churning away at it, be interesting to see what the dynamics are like in that one...

WOW Mark this is sooooooo nice capture, clear and full of details.

I find these prom activity so "elegant".
Beautiful.

Wow! the subtle detail is superb and like watching the plasma drip down in knots is beautiful. Thanks for the excellent narrative as well

I look forward to todays cinema

Thank you everyone for your kid comments, just about to start putting yesterdays frames together.
Mark

A spectacular animation ! Great explanation of your session and the coronal rain term.

Thanks everyone, appreciate the kind words.

Wanted to learn something new but the referenced article is not available.....

Thanks Eric, thanks Alfred.

Not sure why the link is misbehaving, here's the paper attached as a PDF - that should work!