Today I observed from 11:00am to 1:30pm EDT local time ( US ). Temp is 77F. Seeing was fair to start with degrading to terrible. Skies are mostly clear.

Coronado SolarMax II 90 DS 32x and 44.5x ( Ha )
Doing double stack I can see the big " feeding animal " prominence on the northern receding limb. The others seen nearby have almost disappeared. A few others can be faintly seen. On the disc the mottling is easy and obvious one you get on-band. The two ARs are remarkably hard to see. A tiny one with a thin filament takes effort and fiddling with the tuner and focuser to see. It is located south of disc center. Two other filaments are visible, again with some re-tuning and focusing and finding the sweet-spot to see. These are more diffuse and are close together near the southeast limb.
In single stack the feeding animal prom shows considerable structure with brighter areas within it with a dark area underneath. This prom has been visible since Saturday evening. I wonder how much longer we will be able to see in before it disappears or recedes around the limb too far to see? A second area on the opposite side of the disc is very active, changes can be seen in a minute or two. Going from a bright bump to a tiny bright curved prom and then disappearing again. Then coming back up diagonally and breaking up into two threads with puffs on the ends! then the base gets bigger, the top fuzes and becomes more diffuse and then the whole thing fades and slowly pulls back towards the sun. All in an hour or so. When I came in it had almost disappeared entirely! I did see a few other small proms around the disc but nothing noteworthy.

Coronado SolarMax II 60DS 16x ( Ha )
Two difficult ARs visible. Two filaments near SE limb. One associated with a tiny AR south of disc center. Two prominence areas seen. The big receding " feeding animal " prominence, as I call it. Looks like a cow today! and a tiny bright prom visible on the opposite SE limb that is associated with some activity there. No other proms seen. Spicule mottling seen across disc.

I noticed in double stack that the filaments and the active areas were slightly easier to see in the SM60 than in the SM90. I wonder why. The prominences and disc mottling is better seen in the SM90. In single stack there is no comparison. The 90 destroys the 60! Proms show up in high rez brightness and detail. 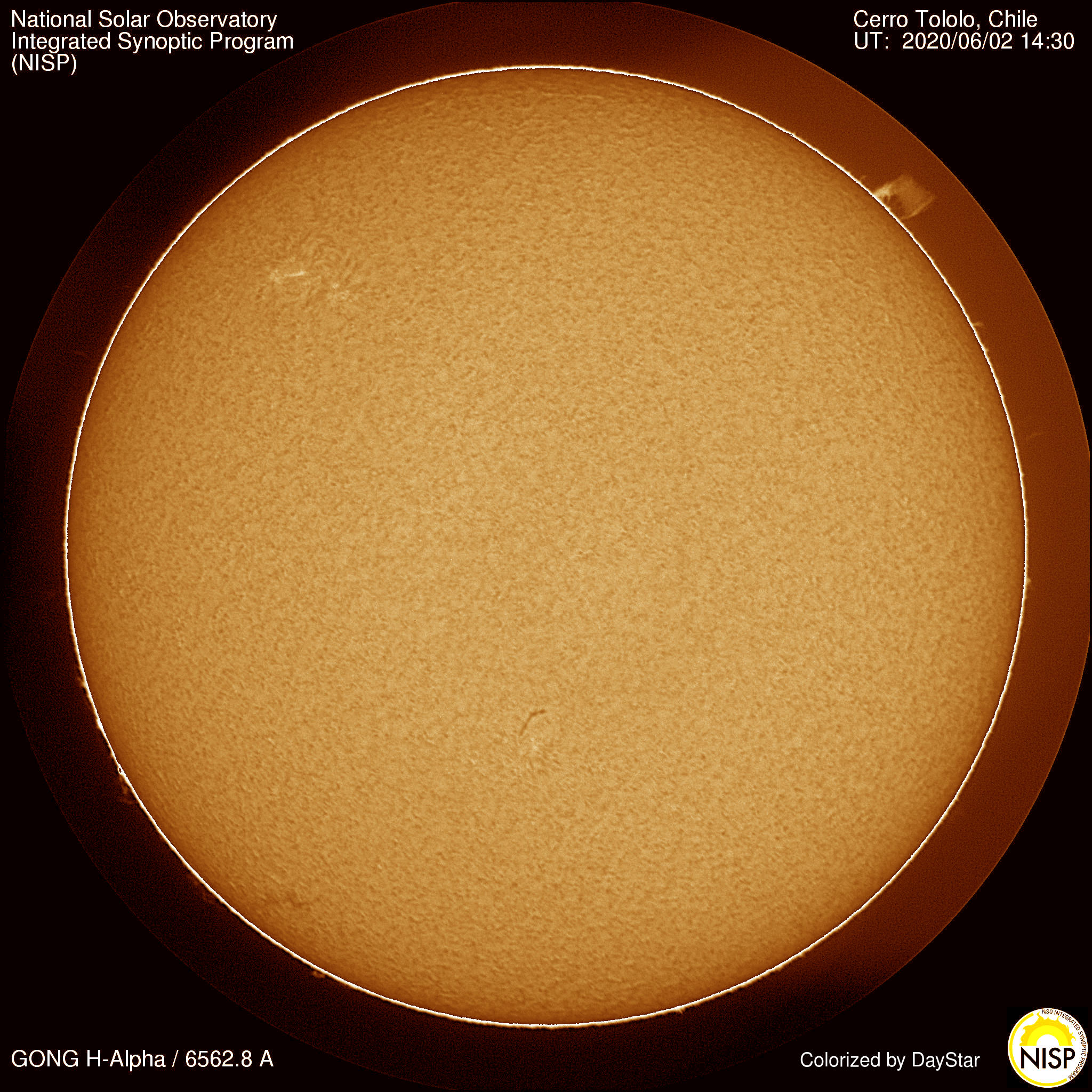 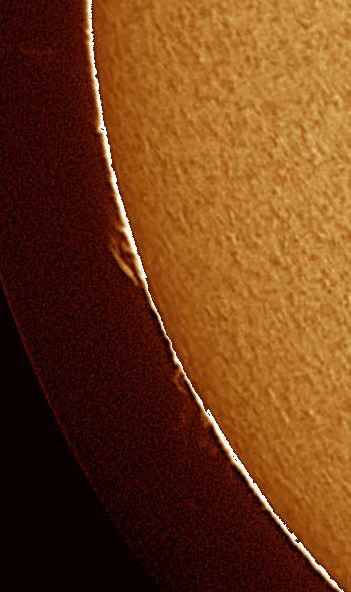 Interesting report. Pretty much what I saw today.

Nice report. Sound like you got a good view of the dynamic nature of the sun today.

James, thanks for the report.
Best wishes,
Eric.

Thanks, all of you!

Interesting to compare your H Alpha observations with what I see in Ca-K, thanks.

Good report James! Big shift in weather patterns here in western Europe now, raining today, gone are the weeks of sunshine and back to something more stereo typically British, looks like i'm back to fishing in the gaps.

Thanks James for your narrative report. It makes it interesting.

Excellent images James and thanks