Session time is from 11:30am until 12:15pm EST local time ( US ). Skies are completely overcast with high thin clouds. Despite this, they are thin enough to get white-light observations through though they dim the image a bit and give it a " frosted " look at times. Seeing is fair. Better than yesterday. Temperature is 48F.

Orion 70mm Solar Telescope. 27.5x, 41.5x and 62.5x ( WL )
I can see three sunspots at first glance in AR12783, now entering the SW quadrant. The large westernmost spot sports both umbra and penumbra. A close look shows the umbra to be a rough bordered oval shape. Also the second ( middle ) spot is seen to actually be double on closer inspection. The easternmost one is a larger pore. SDO shows a few more smaller pores in the area but I cannot see them. I cannot see the faculae to the system.

AR12785 in the SE is the star of the show today. It shows two very well developed sunspots. The westernmost one shows a well developed umbra and penumbra. A larger one showing umbra/penumbra follows it to the northeast. The umbra has a narrower extension to the east and the whole spot hints at finer structure during moments of improved seeing. I can see a vague spot above it. I also see a small spot very near the limb just a bit southeast of it. I also see a pore to the northwest of the leading spot. The faculae to the system is easily seen.

I see no trace of AR12784 on the north-central disc.. Fine solar granulation can be seen today with a close look. 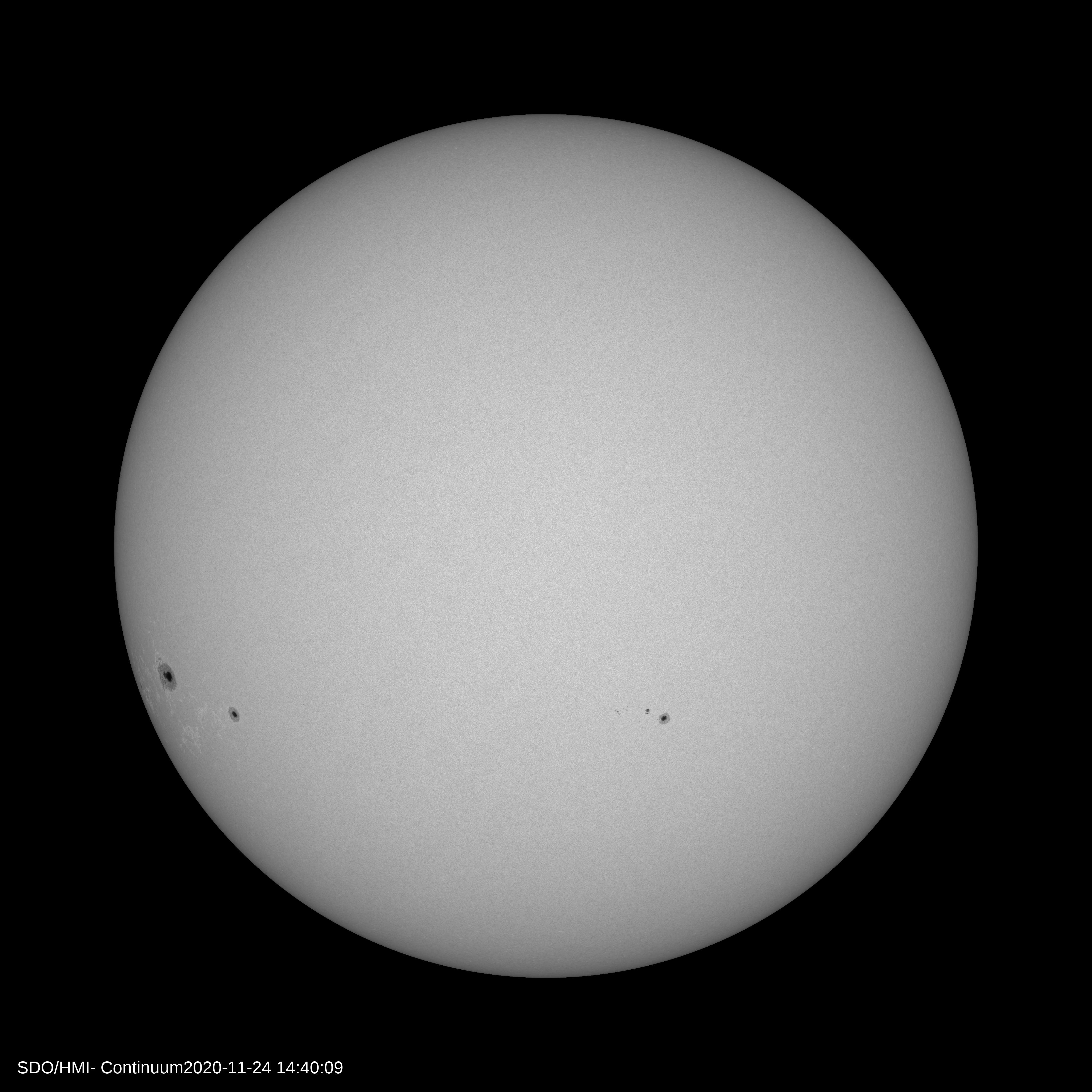 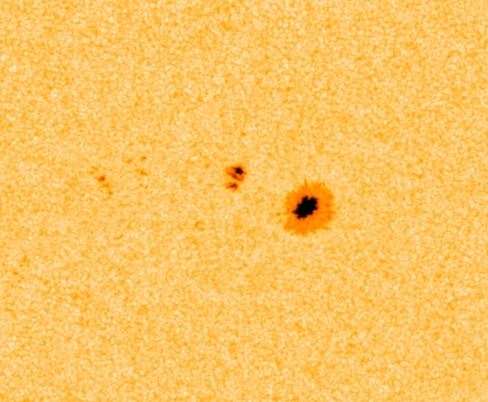 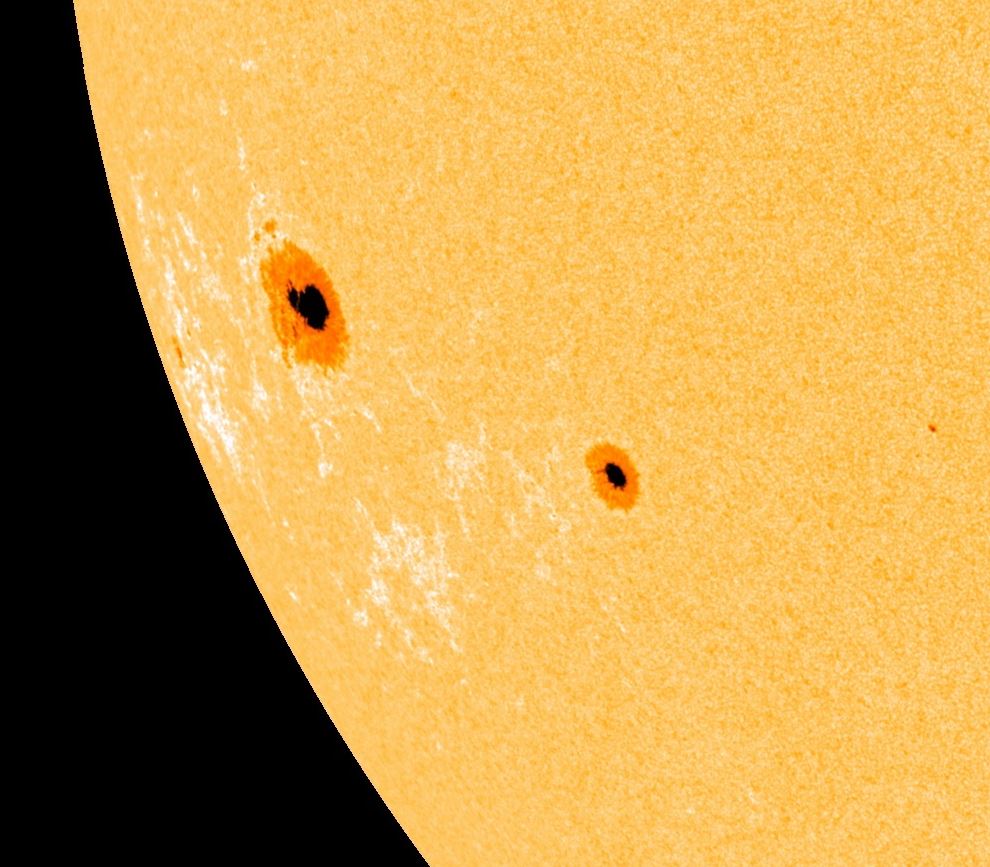 Nice report James. The new active region is the largest since April 2019, cloud here today and work but hoping can get a look at it over the weekend.

Yes. I remember one around that time. April-May last year. Work, yes. I am heading that way now.

Thanks James for your usual excellent report of the action.

Thanks Mark and Terry. I notice now that the new spot groups in the SE are in fact part of two active regions, not just one. AR12785 and AR12786. 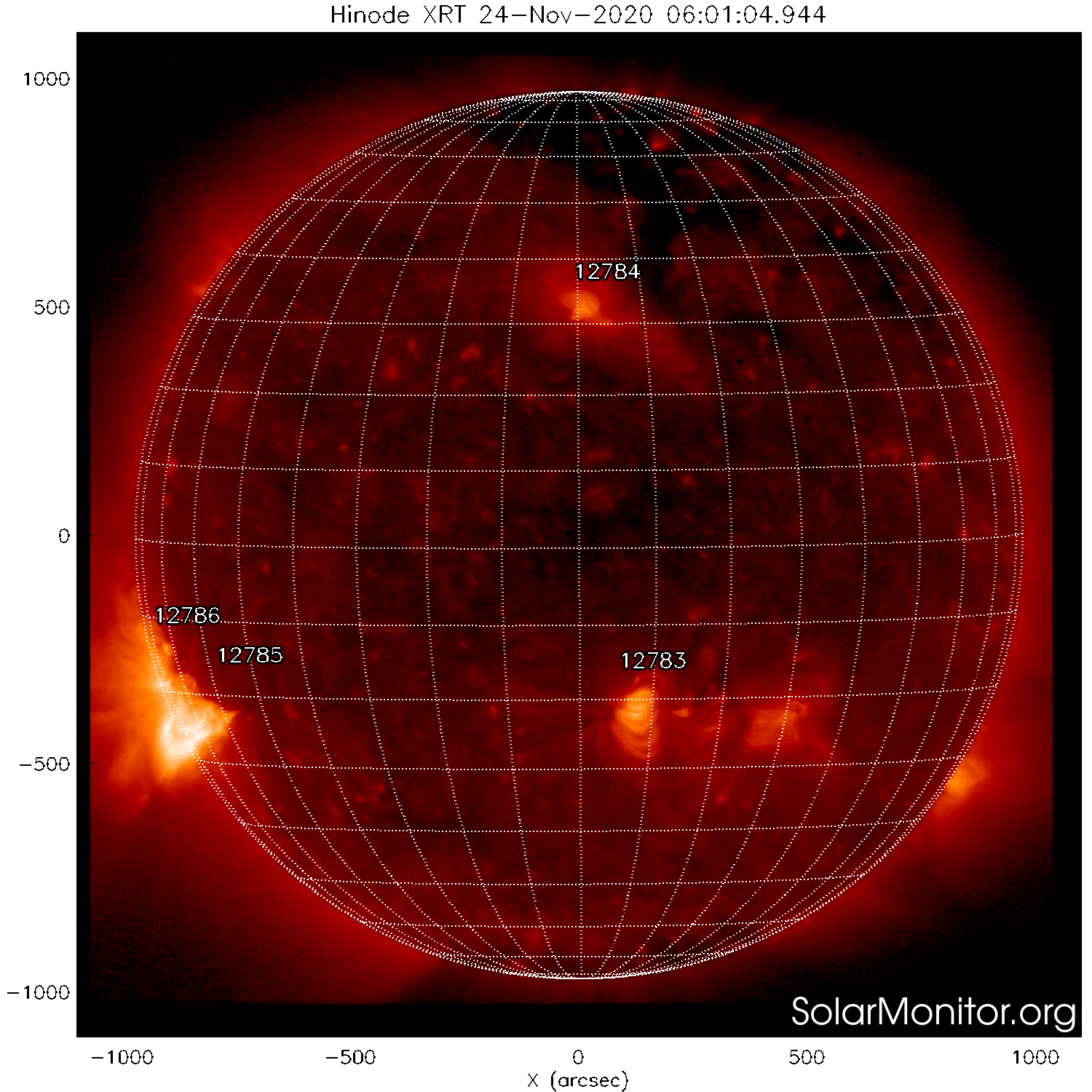 Hi James.
Thanks for the report - keeping me in the loop.
The WL images are tops - the FD shows the scale of the newer region - quite an impressive spot!

I hope we get sunshine at the weekend

James you must try out your new camera on these spots

I hope we get sunshine at the weekend

James you must try out your new camera on these spots

Yes. They would make wonderful targets wouldn’t they.