Today was a real challenge seeing anything on the disc. I have completely overcast high clouds today which is like looking through lightly frosted glass. I had to wait for thinner areas in the cloud deck to get a clearer image. I had to use the lowest power on my scope to see anything at all.

Session time is 12:30pm to 1:25pm EST local time ( US ). Skies are cloudy and even at low magnification I can see the effects of poor seeing on the limb. Temp is 39F.

Coronado SolarMax II 60 DS. 16x ( Ha )
I can only see one filament on the disc fairly easily. It's on the south-central disc just west of the central longitudinal meridian. During thinner cloud areas I can see two others. One SE of the easier one and one SW of it. That's a total of three I can see in the southern hemisphere. In the far north I can see two others but they took effort and thinner clouds to see. They are SW of the pole.

I can see two prominence areas. They are a bit easier to see than the filaments. I see two close together on the SE limb and a nice hedgerow group on the SW limb. Fine details still mostly elude me because of the obscuring cloudiness.

The discwide chromospheric mottles are visible but soft on contrast due to cloudiness.

Have a good day everyone! 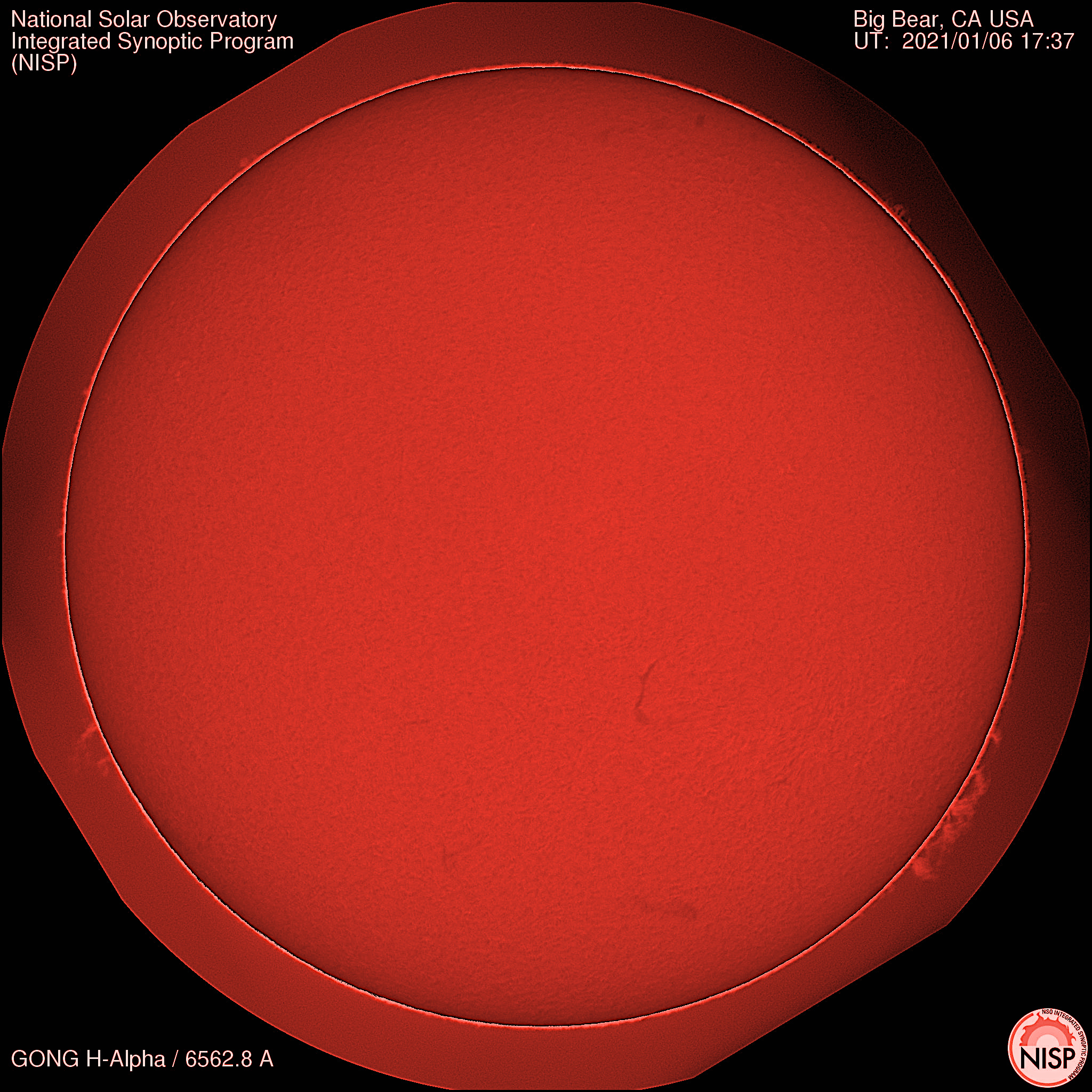 Thanks James, it was snowing lightly again here this morning but remained cloudy till very late afternoon, when we had a nice sunset with good colours. Saturday is supposed to be clear and that is what forecast has been consistently saying, so, I hope is right! Be nice to be able to get some scopes out.

Mark,
Snow forecast here tomorrow night and Friday so probably no observing for me tomorrow or Friday. Like you, maybe Saturday.

Thanks James for your challenging report and regarding Mark's snow report - at least he is far enough away from me, that here no snow so far here, although plenty more rain over last night and there might be a chance of some snow here soon, but I wouldn't lay any bets on that...

James, thanks for the report.
Got some shots.
Eric.

Eric,
Yours was great. Your images always resolve the spicule mottling so well and the prominences looked great. That big treelike one you imaged superbly!

You did well to see what you did James, I think I would have given up and stayed warm inside

It took a lot of going back and forth from the scope and waiting on thinner places in the cloud deck. I am waiting to see if the clouds now will allow an observation today.
Last edited by DeepSolar64 on Thu Jan 07, 2021 11:39 pm, edited 1 time in total.