After a cloudy morning the clouds finally parted hit-and-miss during the early afternoon to allow me to see the Sun. Session Time is 12:15pm to 1:18pm EST local time ( US ). Skies are partly to mostly cloudy. Seeing is fair. The temp is 52F. I am back home in Edneyville today.

Coronado SolarMax II 90DS. 32x, 44.5x and 64x ( Ha )
I can see a number of easy filaments in the southern hemisphere. Two in the far SSE and two more NE of those. AR12797 in the SE shows an easy filament within it and another to the south close to the limb. That's a total of 6 today. Prominences show up well in doublestack and a group on the SW limb shows more detail than the GONG Cerro Tololo image shows. I can also see some on the limb near AR12797 in the SE and a couple in the NE.

I can see two plages today. The one associated with AR12797 is easy and has a double-spot northwest of it's brightest part. I can also see the pale plage of AR12796 which is nothing now but a mere disturbance in the SW.

The spicule layer can be seen on the limb with a close look in doublestack at 64x. The spicule mottling of the chromosphere is easy and of decent contrast today.


Celestron NexStar 102GT w/Altair wedge. 50x and 80x ( WL )
AR12797 in the southeast shows two close together spots. Both have defined umbrae and penumbrae. East of these I see two large pores close together and a smaller one to their east. The faculae to the system is very easily seen. I can also see faculae associated with AR12796 in the SW. I see no spots or pores there. The granulation is easily seen.

I am listening to the beautiful pianist Khatia Buniatishvili. She plays as beautifully as she looks. 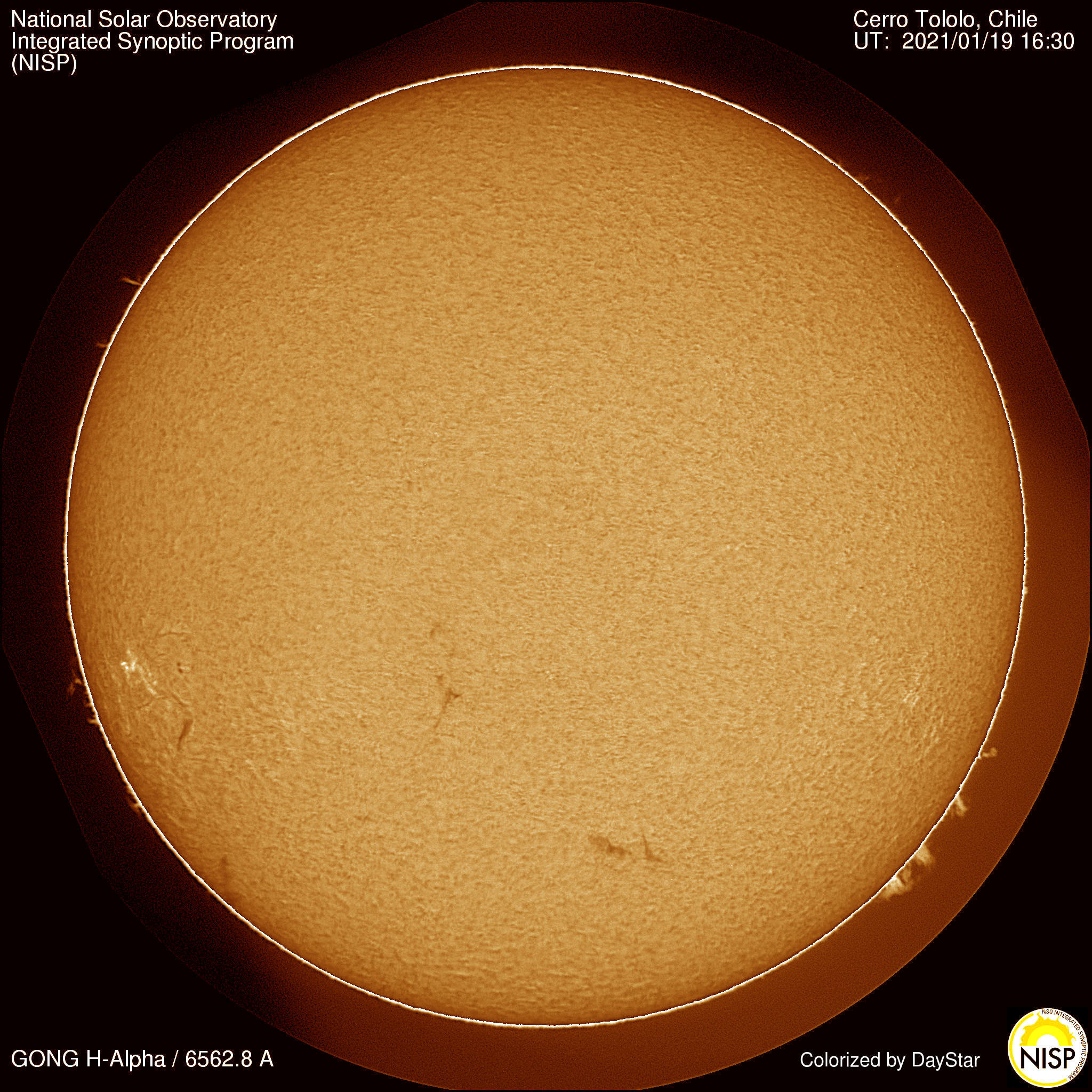 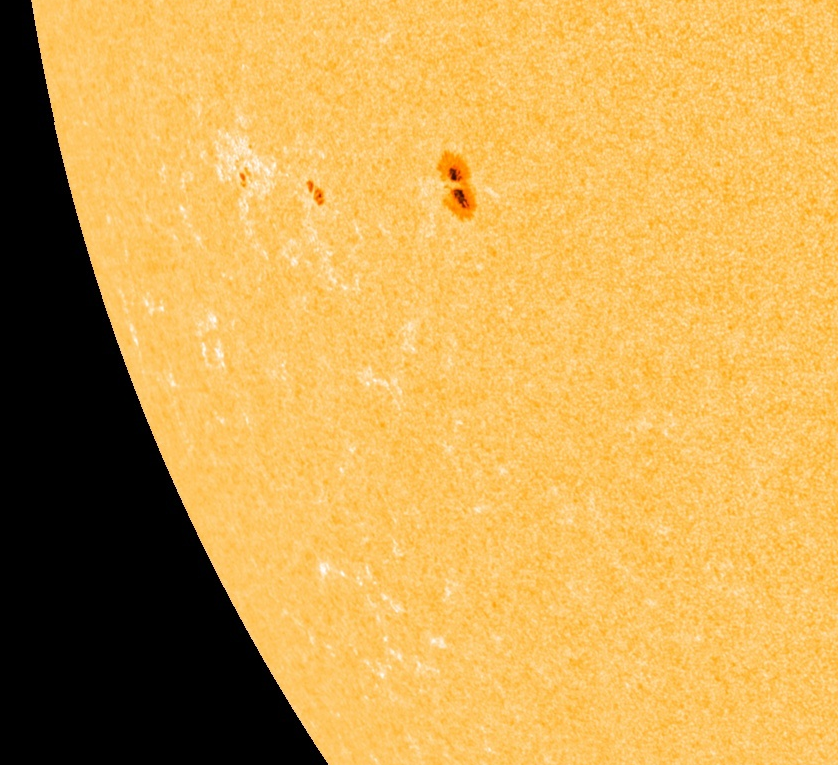 Thanks James.
The SDO image shows well the number of spots associated with AR2797 and from their positions as pairs, could or should flare.

It also shows the second pair of spots to be true spots, not large pores as they appeared to me visually.

Yes I agree James and in fact I suspect it could really be three-pairs of spots.

Thanks for the report James, that active region looks interesting.

James, thanks for the report.
Took some shots too.
Eric.

Pouring with rain here for two days now, everything is flooded everywhere

I will start to build an arc at the weekend

Can I add here James, that Alexandra and Mark-T etc., live in areas likely to suffer from, flooding/severe-flooding over the next 24-hours as still more rain expected. Here in the S.E.England area, much less of a problem albeit still lots of the wet-stuff...

Hope everything is okay Alexandra and you are safe.

Thanks Terry, it is pouring down and for a long time (very unusual) even all the trains seem to be banking up and not moving. It was a very difficult drive home from work this evening

Thanks for your update Alexandra and of course I can see on the weather-radar what you have and about to have for the rain-full.

Alexandra,
I hope you and Mark are staying dry and safe. May sunny skies find you both.