Another sunny day here, and the cloud problems form Saturday did not return today and shut me down. A bit milder today too, around -5C this morning while imaging. Initial views through the LS80T really showed the fila-prom on the SW limb very well, with a vivid 3-D effect. AR2803 also showed well as did a few other small proms and filaments.

The first image of the day is a full disk composite of separate disk and limb exposures, with the limb inverted. Imaged through the LS80T/LS75FHa/B1800Ha solar scope with the ASI174MM camera: 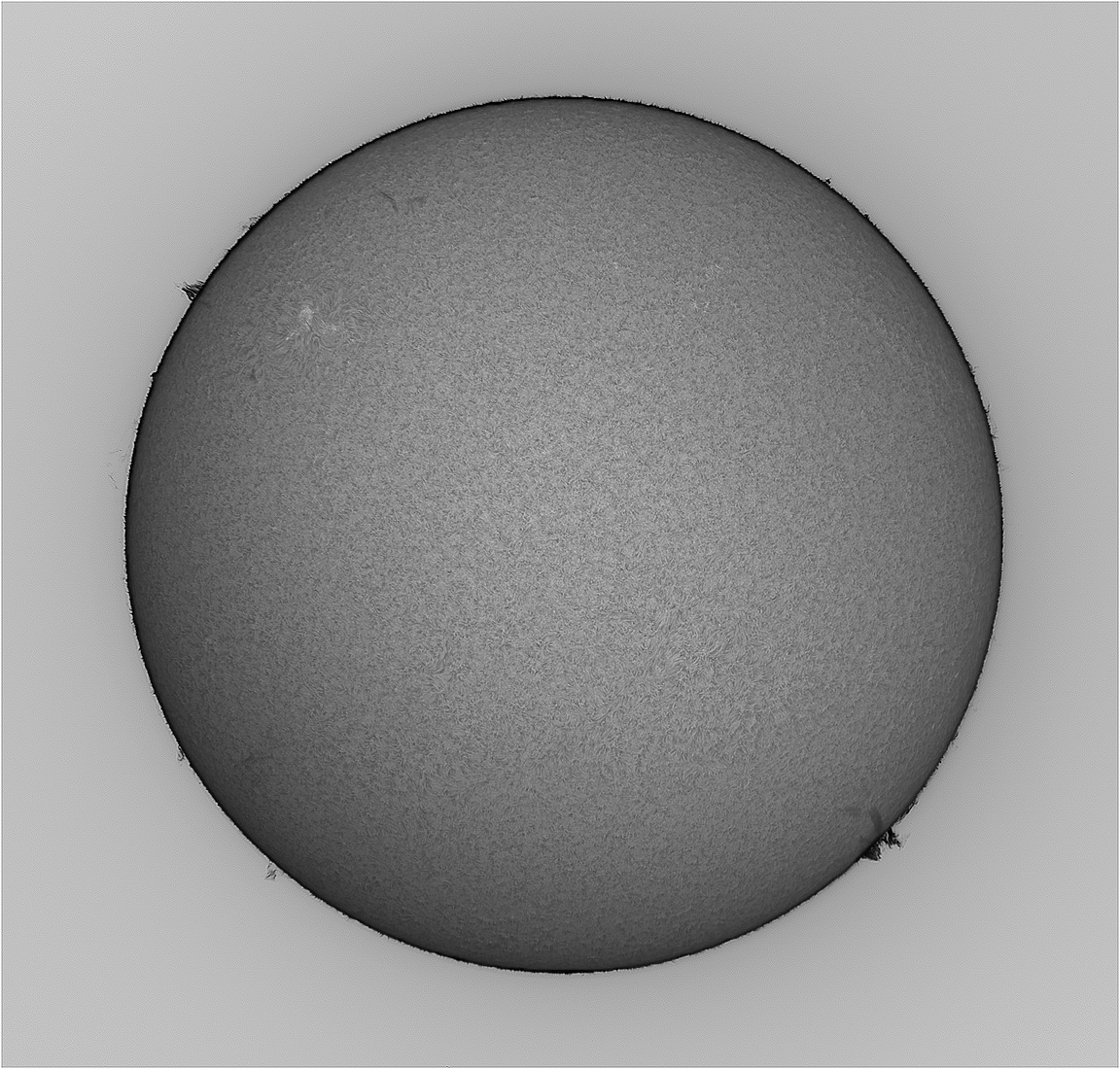 I changed over to image capture with the modded iStar 150mm, f8 OTA fitted with a pair of Lunt DSII etalons and B1800Ha blocker. A 3x focal extender was used with the ASI174MM camera. The image below is a mosaic of 4 frames of the NE quadrant where AR2803 is found with a small fila-prom and a few other small filaments. Conditions did not produce an even set of images used in the mosaic, but it does show the region well: The fila-prom on the SW limb is shown below: There were proms on the NE and SE limb as well: 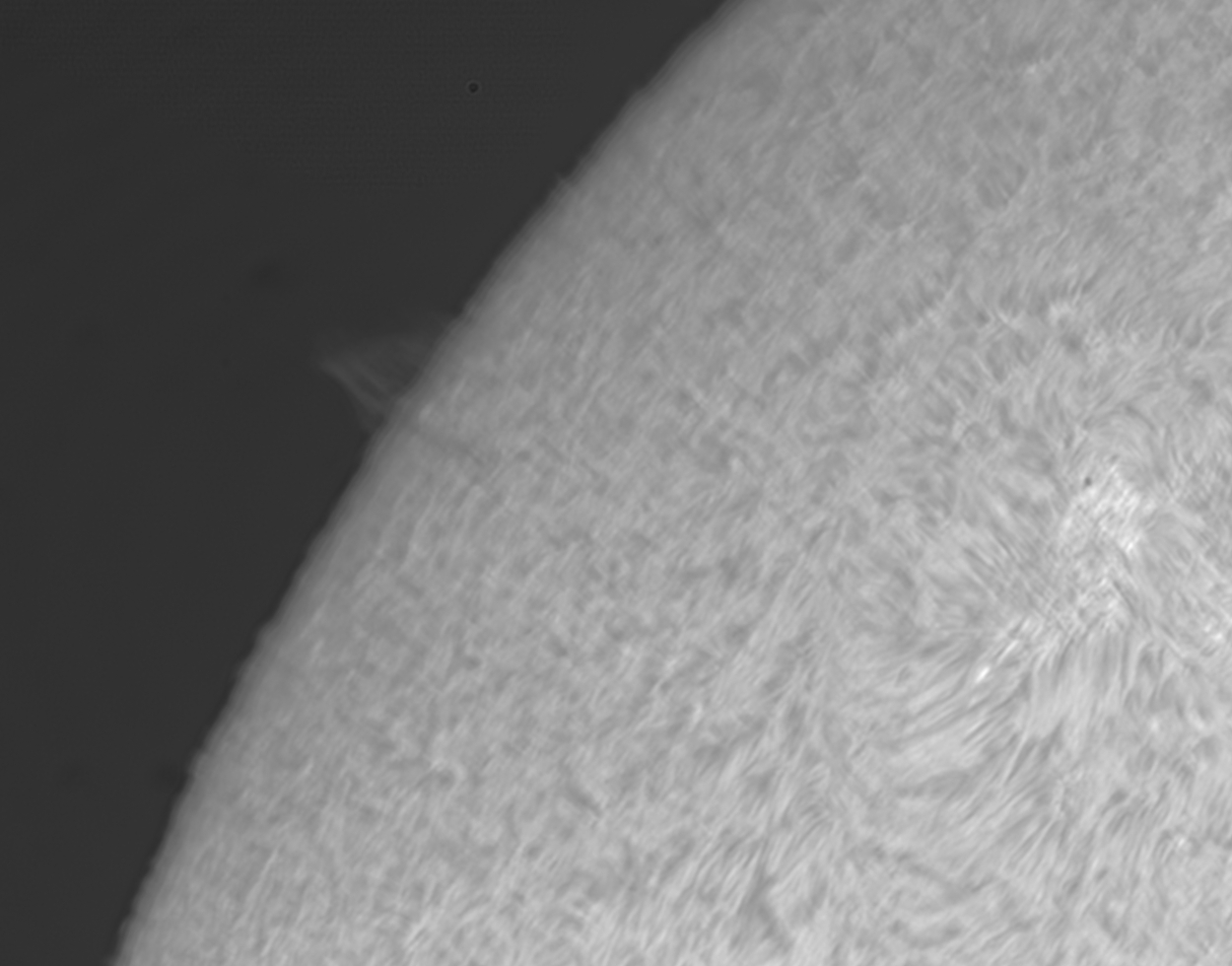 I wanted to try the modded scope with the 4x Powermate, but it took a lot of fiddling to get it to reach focus. Finally got it for the following images, and found a few other spots on the disk to image besides AR2803: 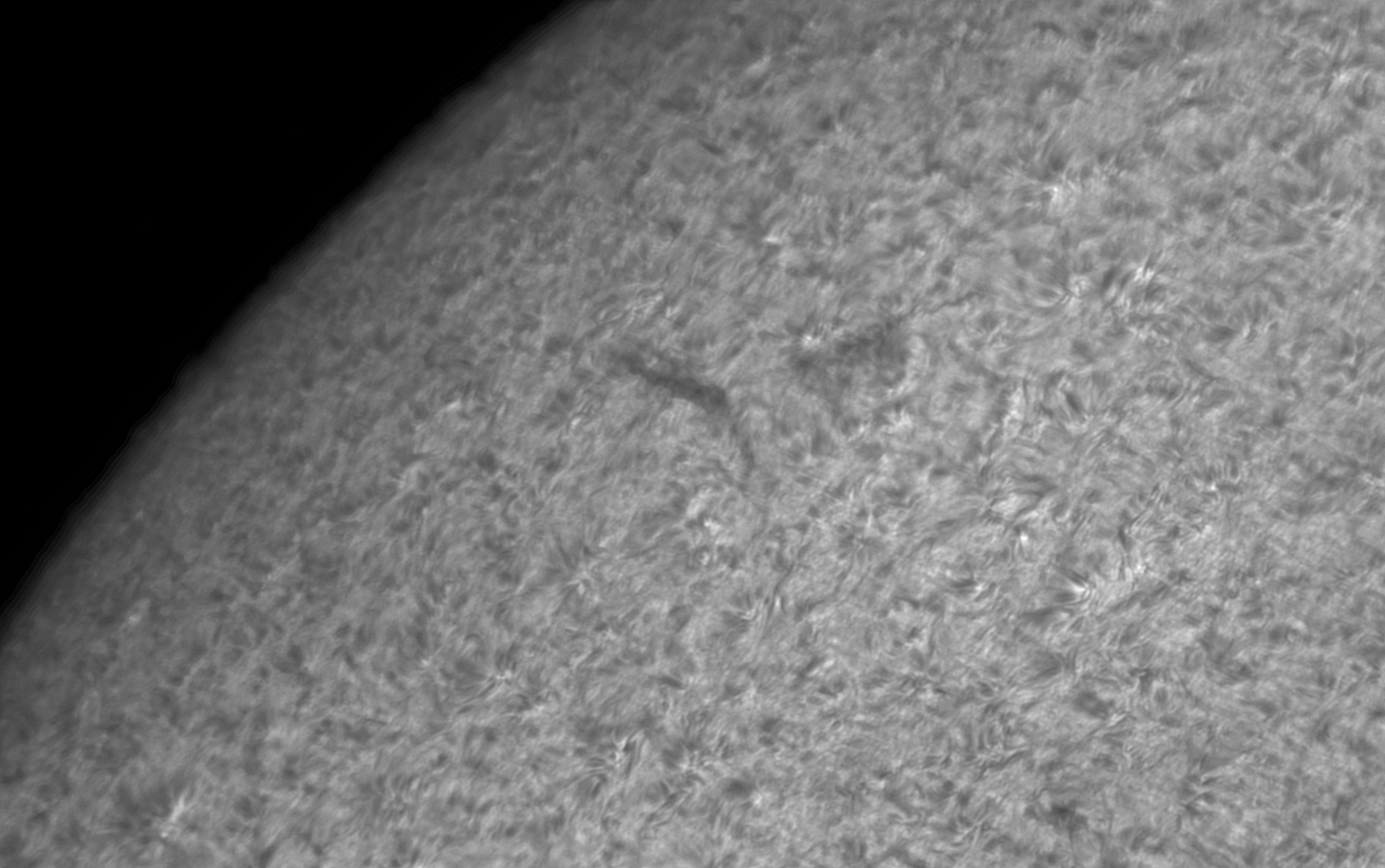 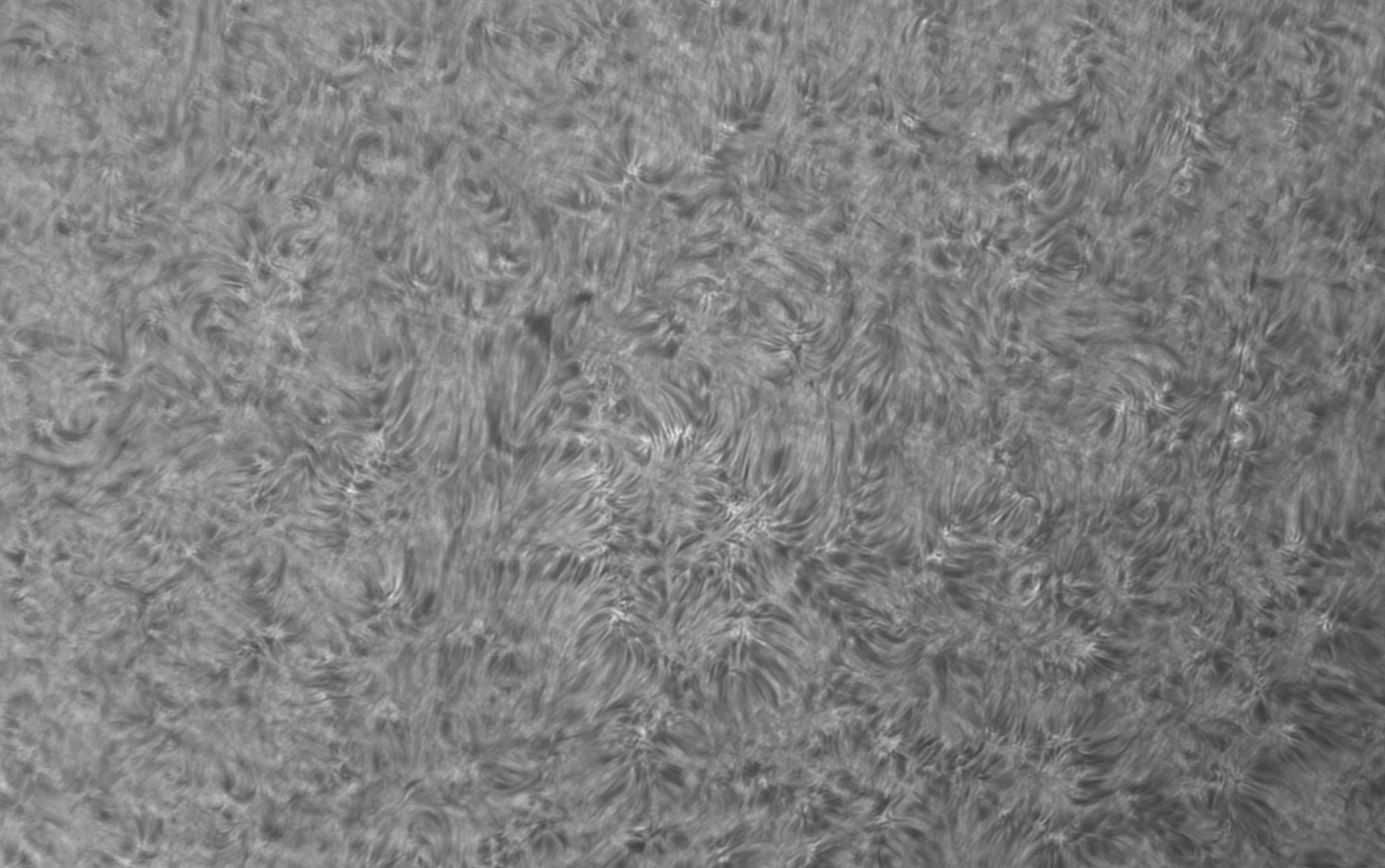 If the weather forecast is to be believed, I will be clouded out for the next few days. I can't complain as I need time to process the weekends deep sky images too

Looking at your images I feel that I am tuning too deep. Tuning through the filaments making them not show up. Or I am just a little out of focus or both. I try to tune visually before I put the camera in where I can visually see the filaments etc. But different features may require slightly different tuning positions and you change the tuning messing things up. Also the camera NEVER focuses where the eyepiece does!

Good shots Brian! Looks like you were fighting the conditions in the closeups, came out well though.

A really good series, Brian. Glad you had some decent weather. The filaprom is excellent.

Thanks for the comments and feedback on these images...always very much appreciated

A great set Brian, not much happening mid disc but lots of lovely filaproms about

we actually have some late sunshine here but too late for solar observing. After a week of positive temperatures all the Snowdrops, crocus and Iris have burst forth to bring lots of spring colour in the garden here.