Session time is intermittently between 1:05pm and 1:34pm EST local time ( US ). The skies are mostly cloudy. Seeing is a bit below average but better than the last couple of days. The temperature is 46F.

Orion 70mm Solar Telescope. 27.5x and 83x ( WL )
A new northern active region west of AR12803 has emerged and developed spots. I can see 4. Seeing makes it difficult but I think I can hint a penumbra around the largest one. Three spots are easy to see and the 4th, a tiny pore can barely be seen during very brief moments of better seeing.

A new AR has also developed in the southern hemisphere almost due south of the new northern AR. I can see three tiny spots in it. I think I can glimpse a small pore very close to the SE side of the largest spot in the group but seeing makes it difficult to tell for sure. I also think I can see a penumbra associated with the largest spot. I need better seeing and no clouds to study them! 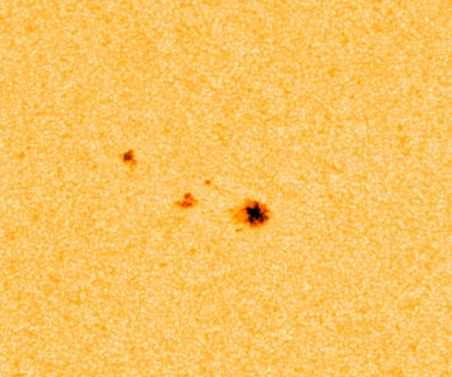 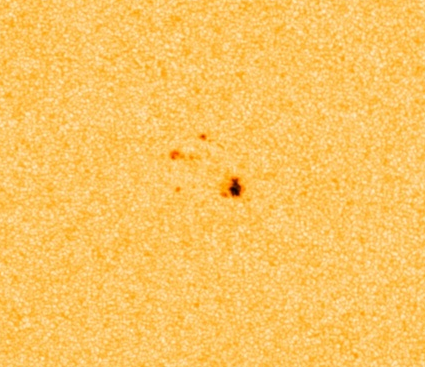 Great reports James! Glad you got some sunshine!

Great report James, thanks for sharing.

Thanks James and the Southern AR is confirmed as AR2805...

Yes, WL seems a shade more exciting to view with all these spots all of a sudden, I'm glad you managed to get a glimpse