Session time is roughly 11:00am until 1:00pm EST local time ( US ). Skies are clear with below average seeing. The temperature is 60F.

Coronado SolarMax II 90DS. 32x and 44.5x ( Ha )
I can see one fairly large easy filament in the SW. I can see a smattering of a few other tiny filaments around the disc including a thin one associated with AR12805. I can see all the prominences shown on the GONG Cerro Tololo image. The one in the SW is nice and despite the seeing I can see a fair amount of detail within it. Dark voids and filamentary plasma.

The mottles are somewhat soft today due to the seeing but still easily seen.

I have some images coming. I have editing to do! 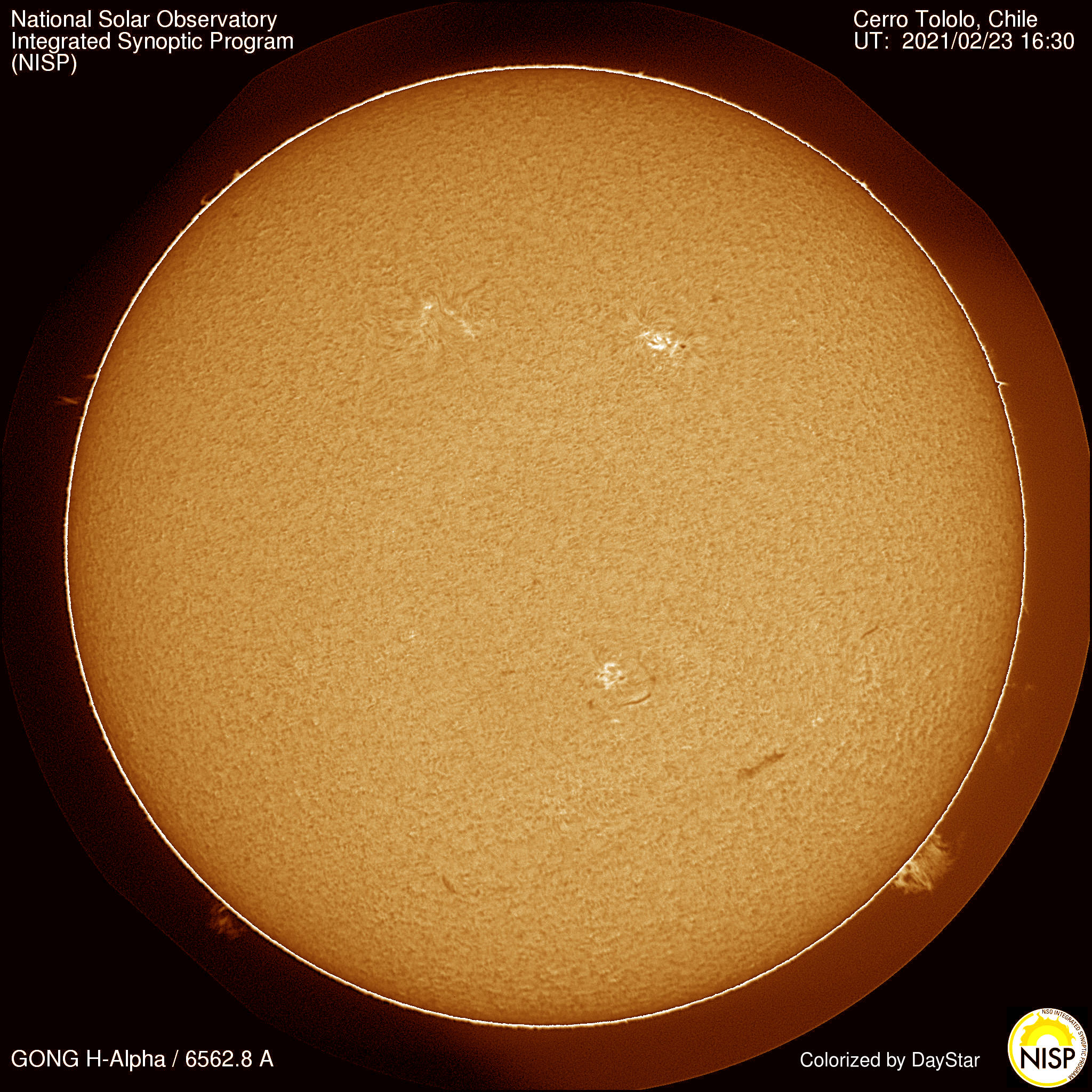 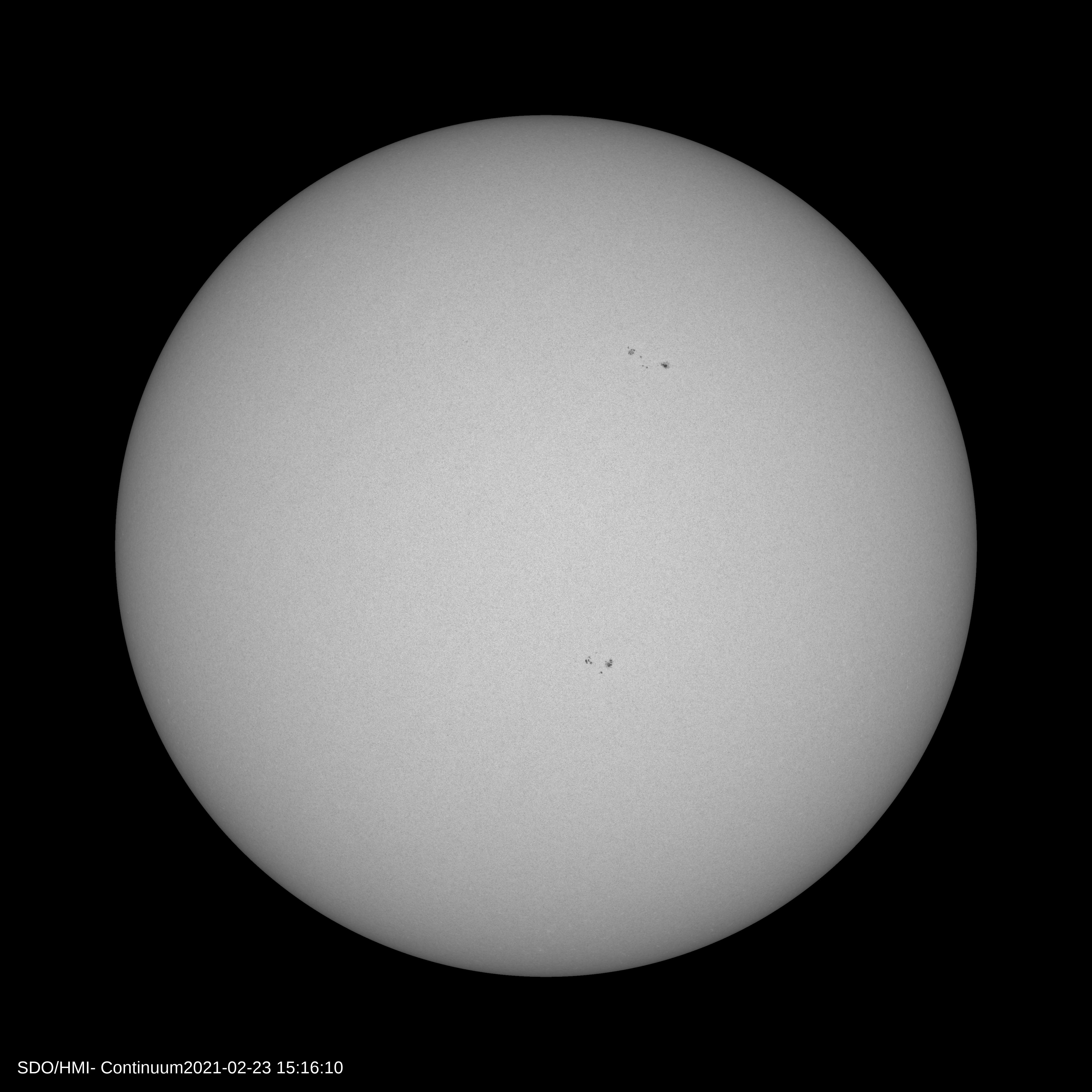 
I had only one image that turned out decent today. 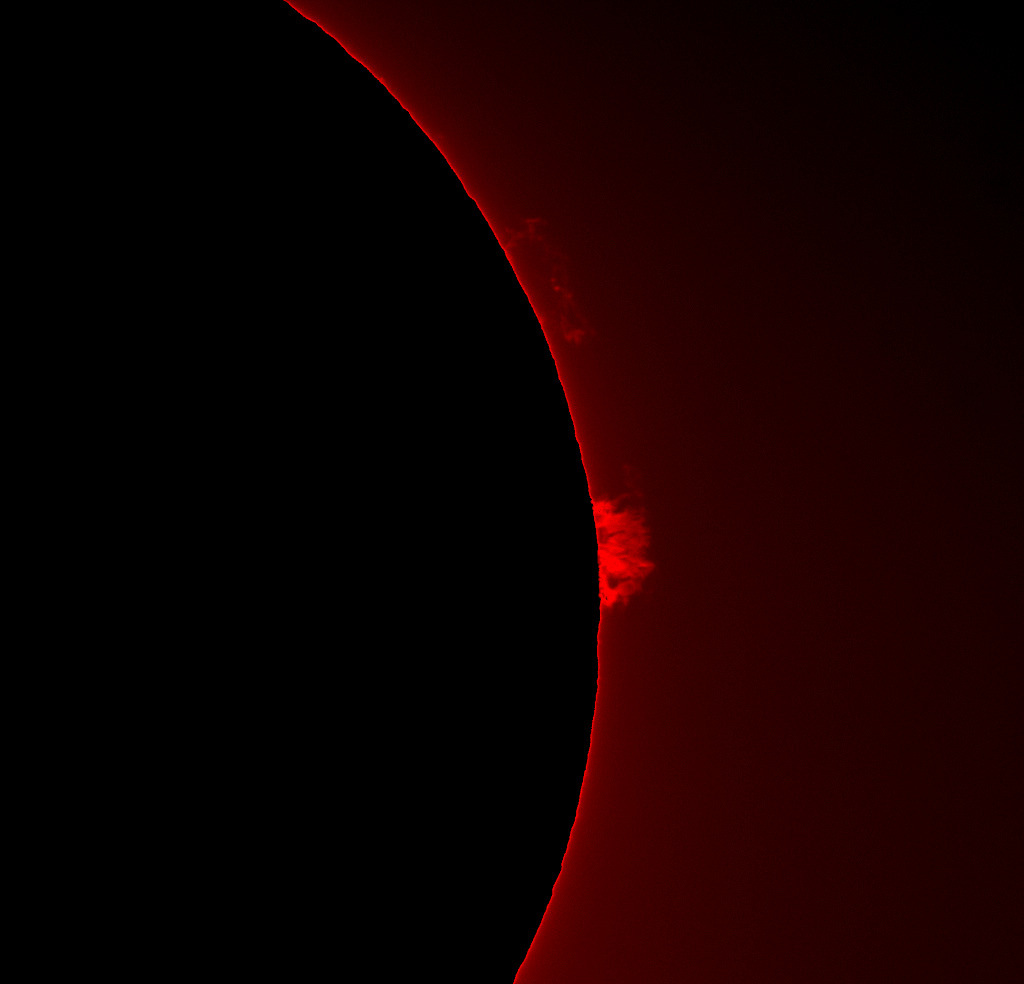 Super report James and a great shot of the prom! Just cloud for me today, better weather forecast for the end of the week and weekend fingers crossed!

Great report James and fine prominence image. I counted more than 10 spots in the southern group and 7 in the northern one, a fine view in white light indeed.

Thanks Mark. I hope you get a good upcoming weekend.

Krakatoa1883,
You certainly counted a few more in that southern group than I did.

Nice review of your observations and great pic of the proms too. Well done

That prom shot came out great as well; nice amount of detail in there.

That prom shot came out great as well; nice amount of detail in there.


Thanks Jochen, It's probably the only solar picture I have taken to date that is close to what I can see visually. Once I get my technique down and learn how to stack and edit I should be easily able to exceed what I see by eye, as many of you do.

Thanks for your report, James. That's an excellent prom image too.

Great to hear the report James and see the super prominence

The forecast is for fabulous sunshine here on Friday, I decided to take the day off work and this afternoon my boss set an all day task for me on Friday

Thanks Stu and Alexandra. I have more coming!

Thanks for the report James and lovely prom image. Thanks for sharing.