Bob,
I am really curious about this and thanks for posting the two links. The conclusion of the second article by Berger would possibly suggest that it is a relatively cool object within the prominence. But doesn't cool objects tend to sink and not rise in a hotter medium?


" The bubble core is found to be as bright or brighter than the prominence material in Ha and has also a clear emission signature in the He I 1083nm line, so we interpret it as a region of dense and relatively cool material. The dark region inside the bubble does not have a significant emission in Ha or He I While the lack of emission inside the bubbles could be due to a temperature effect, one of the dark regions was seen by EIT in the He II 304line, ̊Aindicating there is no significant emitting plasma between∼10,000 and∼80,000 K. ".

So is the bubble helium or not?

Like you I will keep my eyes peeled for this in the future, but only through lengthy observations or through animations such as the one done by Andy can this really be seen and studied. I hope more SolarChatters keep this phenomenon in mind as they observe and image.

I'm a bit late to this party but only just processed some imaging done the next day on the 17th. I might be mistaken but there seems to be similar bubbles in these images. 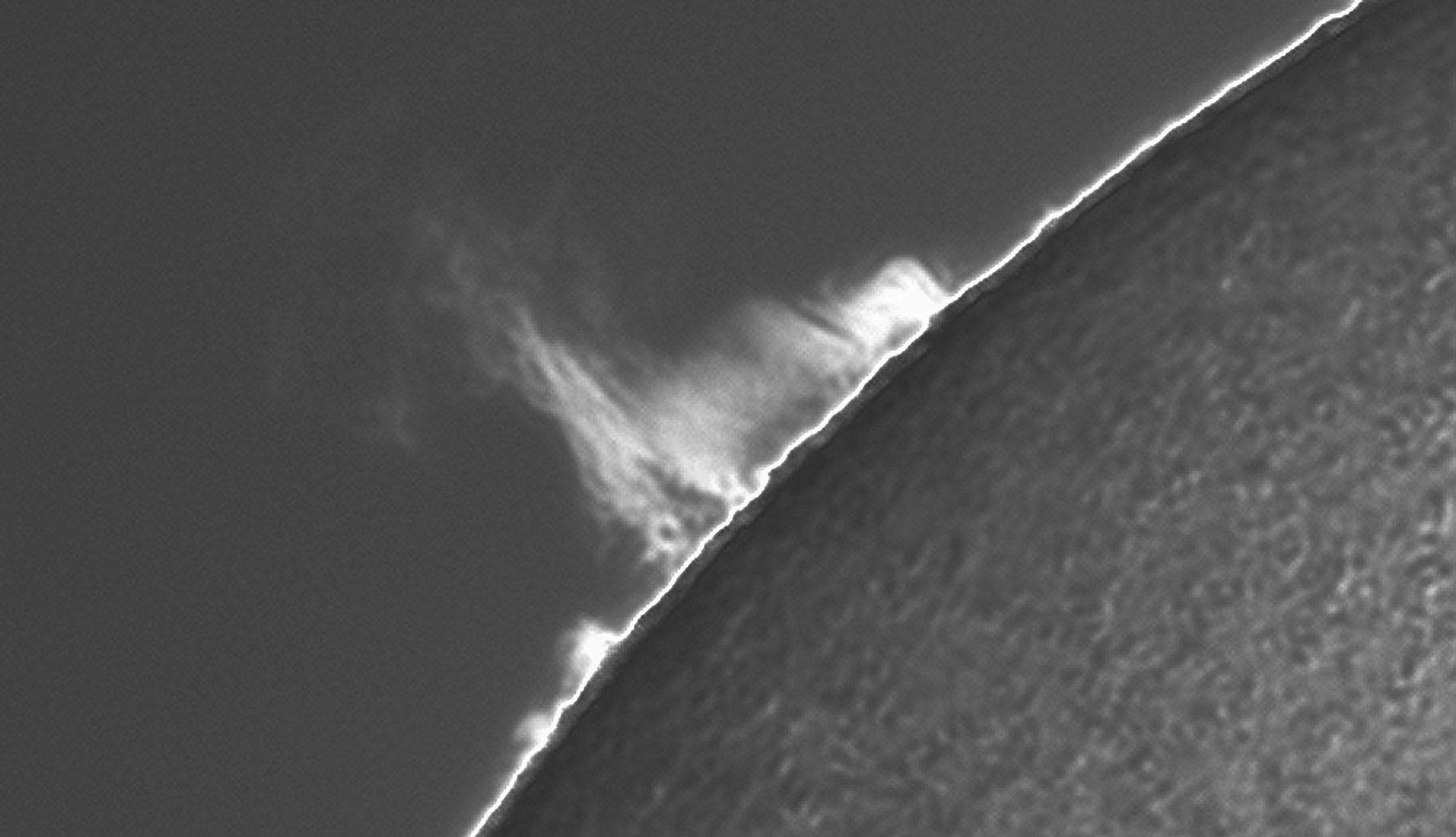 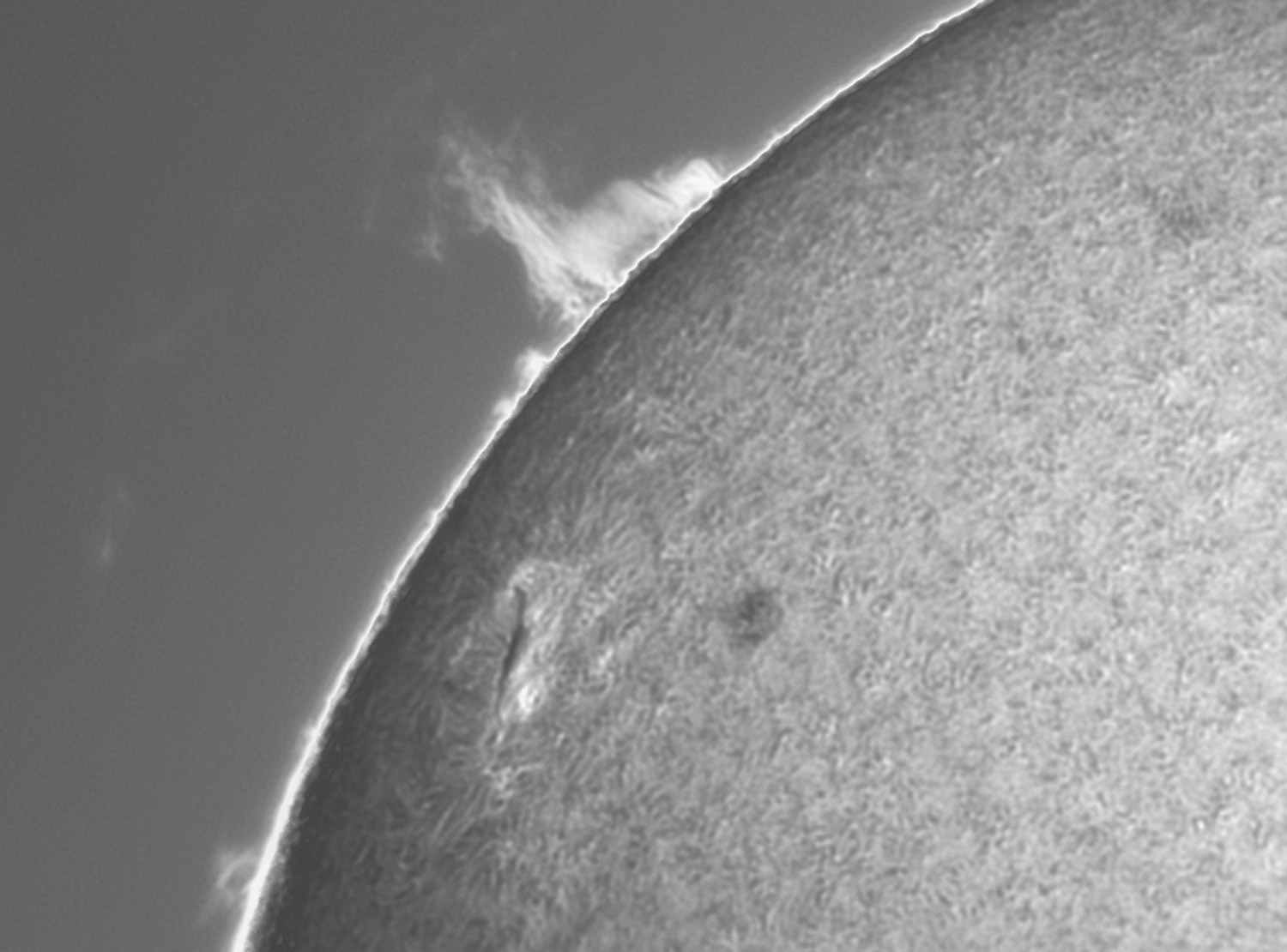 It is a pity you didn't do an animation

that's a mission for next time

that's a mission for next time

Yes, I could kick myself as I'd only got a couple of image's close in time line so cannot see if there was any developments.

We all need to keep an eye out and a eyepiece and camera at the ready when there is a large prominence on the limb to try to catch and learn more on this phenomenon. And if cloudy use the SDO on Helioviewer.

I wonder if anyone here has the ability to observe/image in any of the Helium spectral lines? I would be curious if that would pick anything up. DayStar has a Helium D3 line filter but it looks like it concentrates on the photosphere-chromosphere transition region. Not proms.