Session time is from 1:10pm until 1:50pm EDT local time ( US ). The skies are partly cloudy, clearing from cloudy earlier in the day. Seeing is at least fair, much improved since yesterday. I did not have time to set up for imaging since I am going over to my step daughters to eat there shortly.


Coronado SolarMax II 60 DS. 16x, 21.5x and 33x ( Ha )
I can see two major plages on the solar disc. AR12810 is nearing the LCM in the north and a new AR is coming off the north eastern limb and is easy to see. I can also see a disturbed area north of a line between the two major plages that has a long thin filament within it. I see a tiny plage SE of AR12810 and another tiny one that contains a tiny filament SSW of the larger AR12810. I can see a couple of filaments within AR12810 itself. It's plage is large and sprawling.

I can see several filaments in the southern hemisphere with two in the SE being the most notable.

I can see a fine row of prominences on the limb near the NE active region. I can also faintly see a small group on the SE limb. I can faintly see two on the SW limb. Two of those that I imaged yesterday. They persist! I could actually see them in doublestack!!

The mottles cover the disc and are easy to see.


The soundtrack of today's session is Enya, Watermark album.


Orion 70mm Solar Telescope 27.5x and 83x ( WL )
I can clearly see one spot surrounded by bright faculae near the NE limb corresponding to the Ha plage located there. I can also hint the disturbance in the visible granulation betraying the presence of AR12810.

P.S. Come nightfall I tried my hand at lunar imaging using my AT72EDII apochromatic doublet and ZWO ASI178MM monochrome camera. I have taken a number of decent images with my iPhone and DSLR but these first try images exceed them in detail! I can see all but the finest detail. Seeing was the limit tonight. The two I am posting here are stacked images. I also did a couple of snapshots and they are noticeably less sharp with more noise. They would still compete with my iPhone and DSLR though.

The moon is certainly easier to image than the sun is! 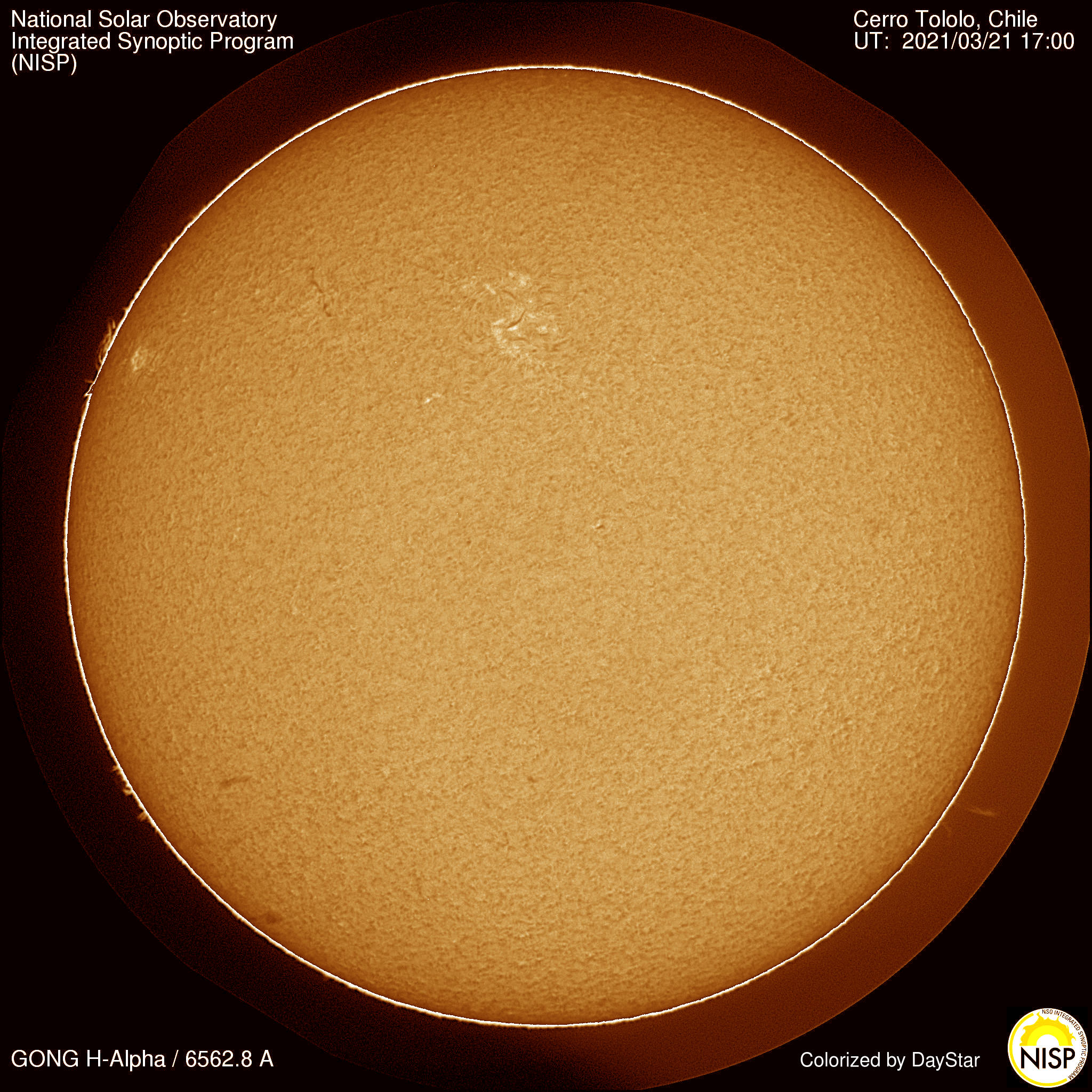 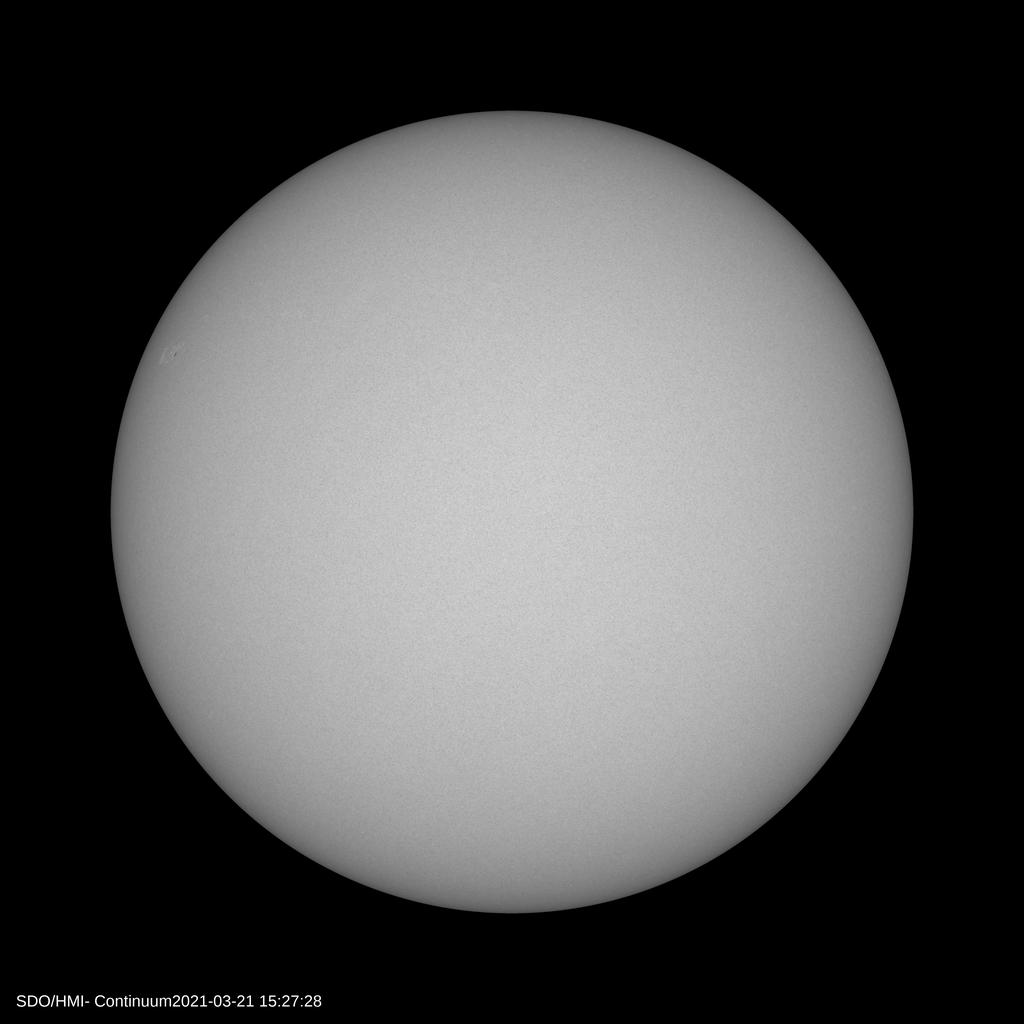 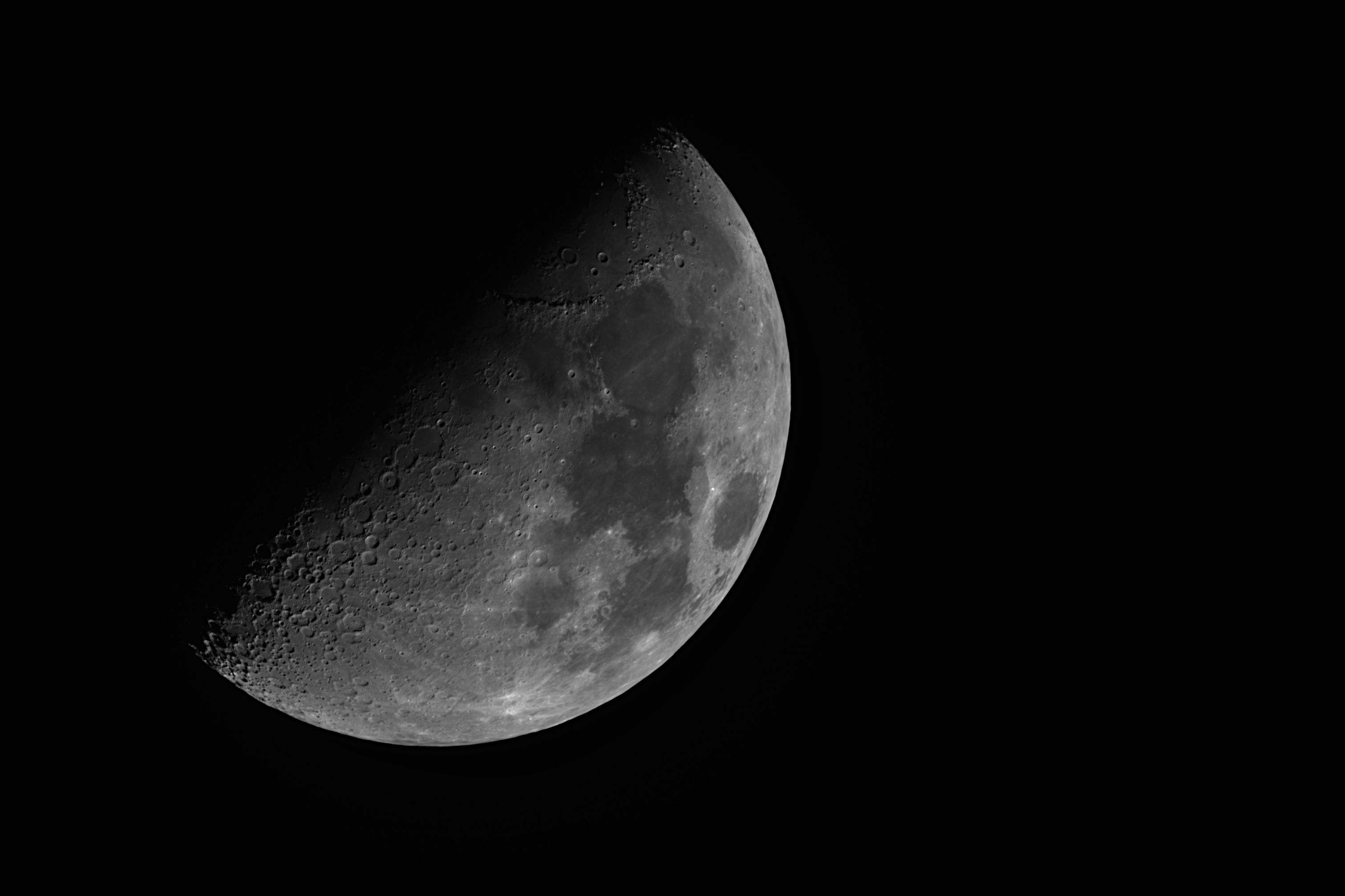 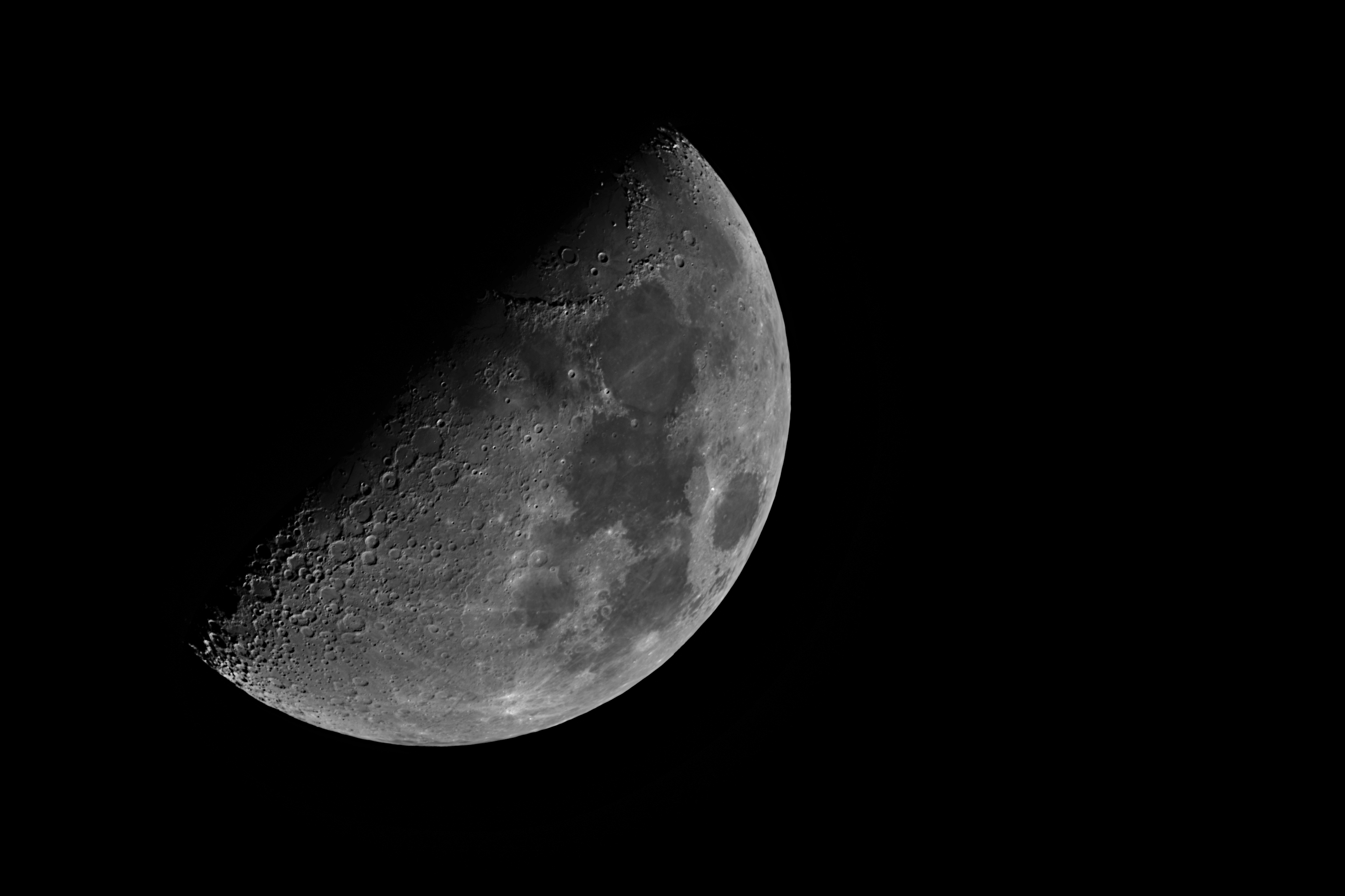 Thank you for the report, James. The lunar images are excellent !

Thanks Franco. I am rather pleased with these for a first try with the ZWO videocam. In time I will go after the planets and the brighter DSOs as well.

What a great report James, it sounds like you are starting to have fun with the cameras

we listened to Enya all morning yesterday too, whilst we cleaned the house

Montana wrote: ↑Mon Mar 22, 2021 2:23 pm What a great report James, it sounds like you are starting to have fun with the cameras

we listened to Enya all morning yesterday too, whilst we cleaned the house


Yeah it's getting fun. One thing I found out is that the moon is easier to image than the sun is. It's features have much better contrast making it easier to focus accurately and there is no tuning!

Enya has been among my very favorites for two decades.

Thanks for your report, James. Excellent moon images and solar WL.

The moon images are mine but the white light solar images are from the Solar Dynamics Observatory.

Very good Moon images. What is the difference between the two ? I see no difference

I dunno Rainer. The moon seems much easier to acquire from the beginning. Do you do much imaging outside of solar?

Well good Lunar image, although I can see the difference between the two - as Rainer says.

My ETX-125 and the mini-observatory will also be used for Lunar and Planetary-imaging - when completed...

James:
Thanks for the report and for the Lunar images.
Best regards.
Eric.

EGRAY_OBSERVATORY wrote: ↑Mon Mar 22, 2021 8:41 pm Well good Lunar image, although I can see the difference between the two - as Rainer says.

My ETX-125 and the mini-observatory will also be used for Lunar and Planetary-imaging - when completed...


I plan to use the ASI 178MM camera for not only solar but lunar and planetary as well. I might even eventually try the brighter deep sky objects. Solar will be my primary interest though.

Thanks everyone for your input.

The moon images are mine but the white light solar images are from the Solar Dynamics Observatory.

Ah....I thought the one labelled ‘Spots’ was yours.

Stu,
If the weather will allow me I hope to image those spots sometime this week. The weather doesn't look good though.