Session time is 11:06am until 11:52am EDT local time ( US ). The skies are clear and the seeing surprisingly is average or a bit above! The temperature is 59F.


Coronado SolarMax II 60 DS. 16x, 21.5x, 32x and 50x ( Ha )
I can see two active region plages today. The newly numbered AR12811 is in the east and is bright and easy to see. I see another plage coming in right behind it off the eastern limb. I can only faintly with close scrutiny see the plage of AR12810 just west of the central longitudinal meridian in the northern hemisphere.

I can see a small number of filaments on the disc. One in the NE almost between AR12810 and AR12811. A tiny one west of AR12810 and a thin one within AR12810 that the better seeing is allowing me to see. I can see a tiny filament very near the center of the disc and a small but really easy one in the far south-central area of the disc. I also see two larger fairly easy filaments very near the SE limb.

In DS I notice two hornlike prominences on the NE limb.

The discwide mottles are really easy today to see.


Orion 70mm Solar Telescope. 25x, 50x and 83x. ( WL )
I can see three spots in the SE even at 25x. Two are associated with AR12811. At higher powers I can see three very tiny pores near the easternmost spot. Just east of the spots of AR12811 I see another spot just inward of the eastern limb. It looks to have umbral/penumbral structure. I can see the depression ( Wilson Effect ) appearance of the spot caused by it being so close to the limb. I can see both areas surrounded by faculae.

SDO HMI shows a couple of very tiny pores associated with AR12810 but I never could find them. 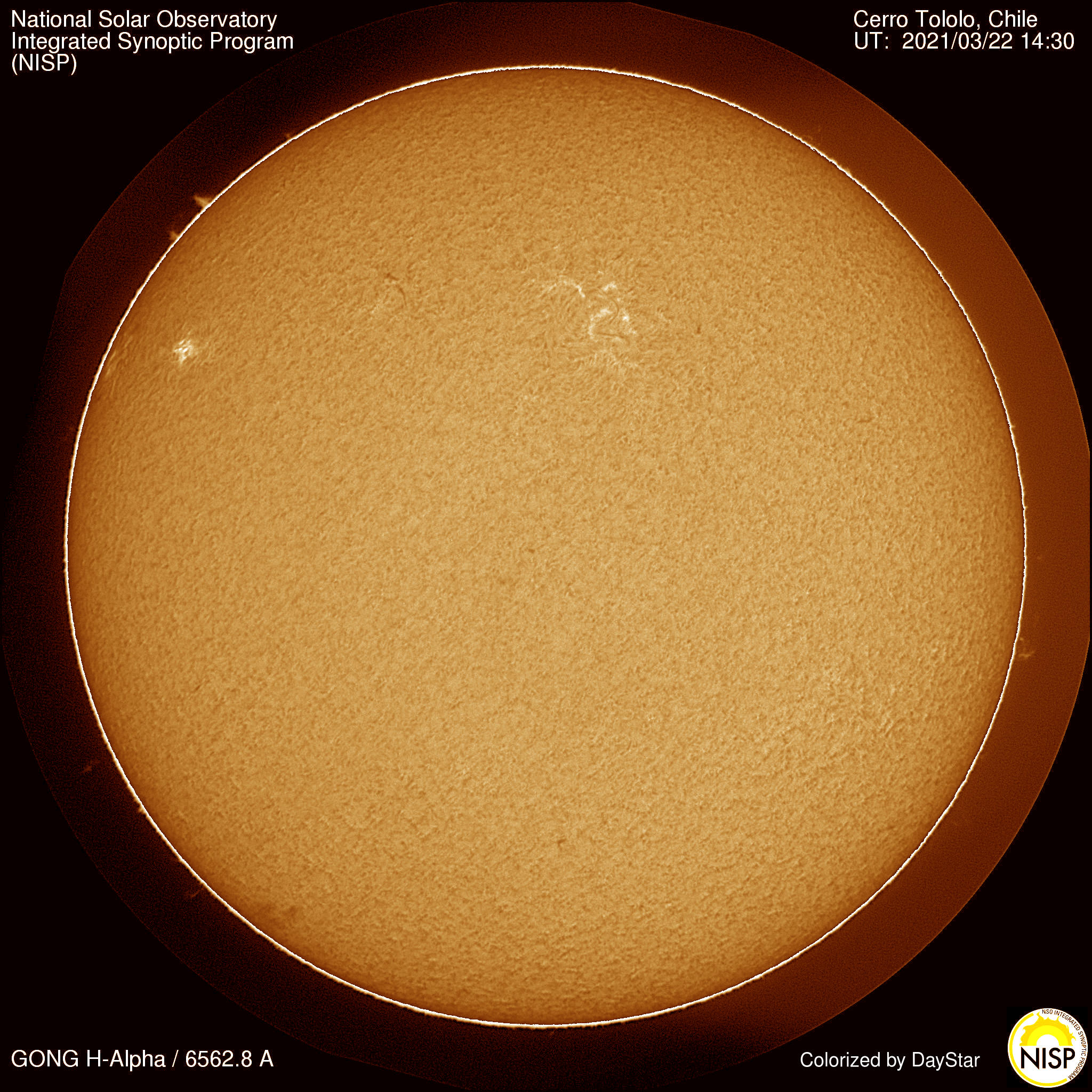 Great report James, thanks very much! Looks like we have activity to look forward to for a while yet!

Thanks James for the report.

The SDO website was down for at least 24-hours for me at least as well as somebody-else who tried to link-up there.

But your SDO image certainly shows well the two AR's

James:
Thanks for the info, I got some shots today too.
Regards,
Eric.

Thanks everyone. You guys make my session reports more worthwhile.

Very interesting report James, it sounds like WL has plenty to see which encourages me. Don't forget to check the poles and look for polar faculae too, they will start to disappear as the cycle increases

I just need to get rid of this persistent cloud I am sat under.

Montana wrote: ↑Tue Mar 23, 2021 10:17 am Very interesting report James, it sounds like WL has plenty to see which encourages me. Don't forget to check the poles and look for polar faculae too, they will start to disappear as the cycle increases

I just need to get rid of this persistent cloud I am sat under.


I haven't seen much of the polar faculae lately. It takes good seeing to spot them and that has not been common lately. I'll keep looking though.

I am under clouds today too.