I also can see a smattering of filaments in the SE and SW including a small one very near the limb in the SW below a prominence group.

Prominences steal the show today! They are on all four corners of the disc. A semi-pyramid with a dark void underneath it in the SE. A rounded off one in the NE. A fine group of proms in the NW showing really nice fine filamentary detail and a group of smaller proms in the SW. It's " fine pickin' " for proms today!

The mottles show nice contrast despite the seeing being a bit rough.


Celestron NexStar 102GT w/Altair wedge and 540nm filter. 55x, 83x and 100x ( WL )
I notice three spots at first in AR12812. Even though it's small the SW spot shows umbra/penumbra structure. Higher power shows the middle spot to be multiple. I can see two components without doubt and maybe a third in moments of better seeing. This brings the total to 5 in the group.


I imaged also today. I will post what turns out as soon as I can stack and post-process them. 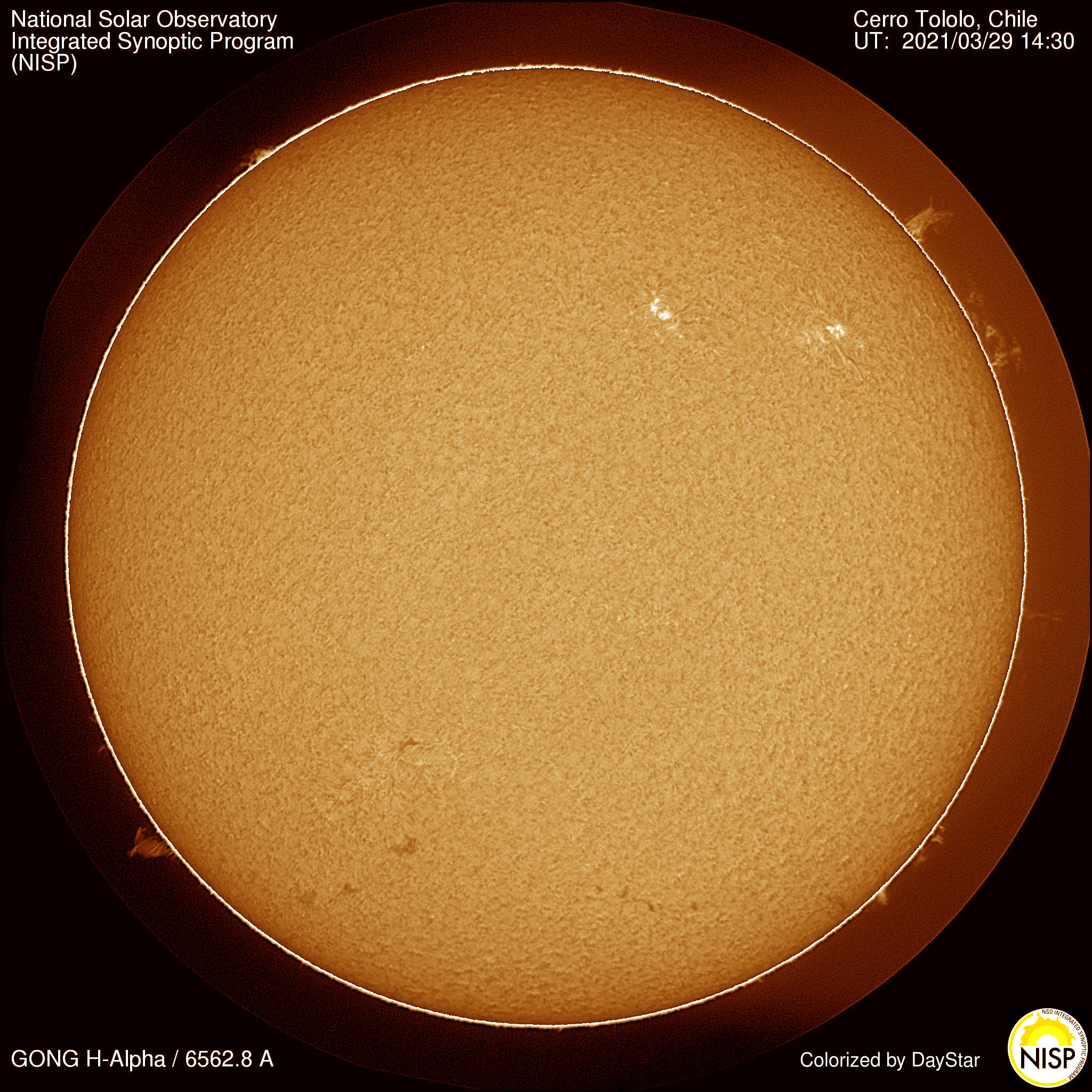 Here is the first image of the imaging part of the session. More later. Work calls Well done James and thanks for the update.

Thanks Nigella and Mark. I’ll process more tonight after I get home from work.

Thanks everyone! I am now posting the rest of today's shots and heading to bed.