Images from new Solar Spectrum .3A

Images from new Solar Spectrum .3A

Hi all. I've been messing with my new SS .3A 18mm filter, and would like to get some feedback. These images are taken with a 100mm f/11 achro. It's the first long focal length achro that I've really used, and I'm really impressed with it. So far it appears every bit as good as my 102 Tak.
These images are at f/44 with an ASI183 binned 2x2. I can get some good seeing in the mornings. The images kept for stacking were generally about 1arc" or better.
I'd like as much feedback and comments as I can get.
Does it appear that I'm on band? Some images appear to suggest that some of the image is on band, some not. The second image is considerably darker to the top left.
How about processing? Any suggestions?
Thanks! 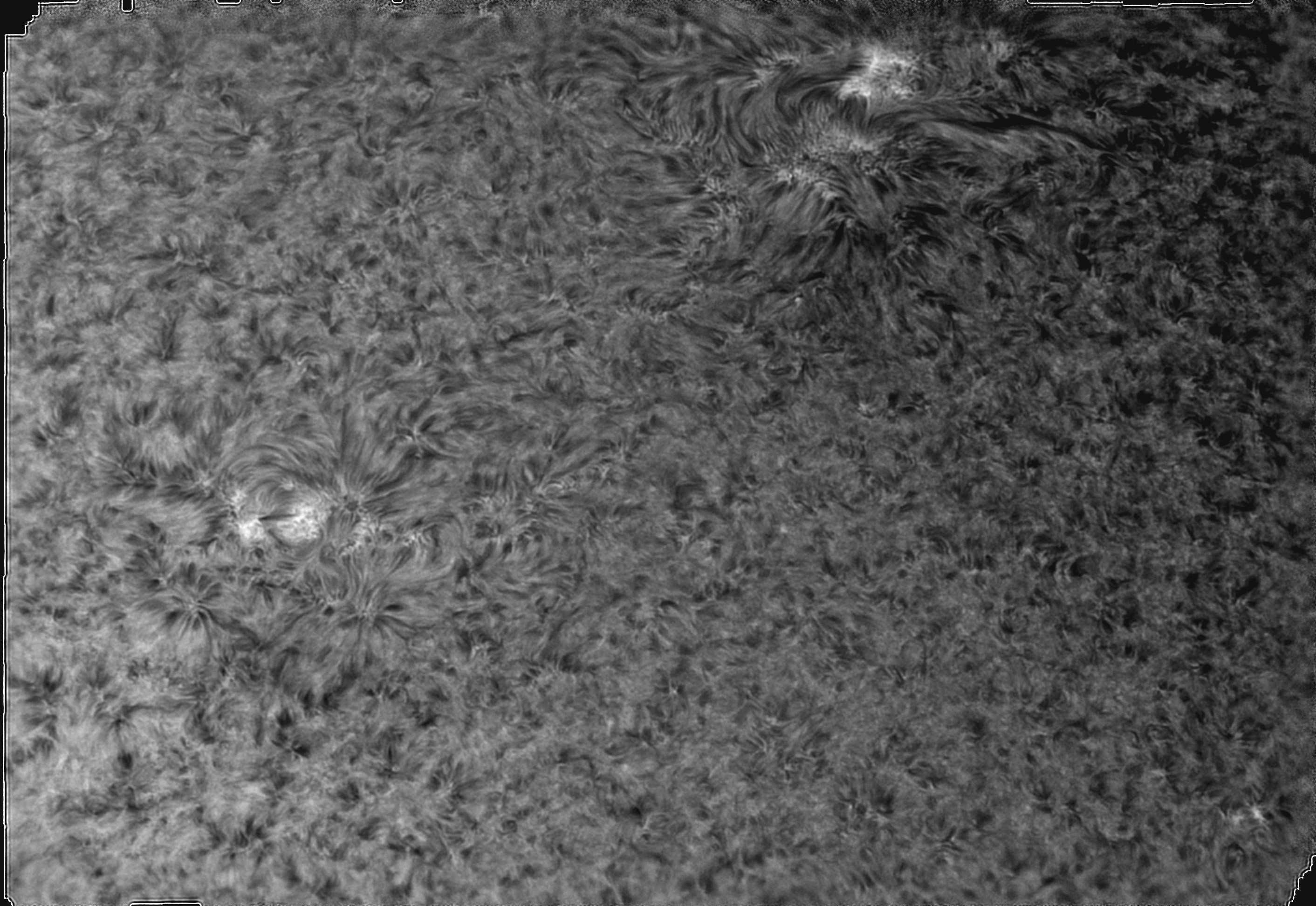 ...and another. These were all from today.
Again. There is a difference from bottom left to top right.
https://www.nasa.gov/feature/goddard/20 ... eel-galaxy 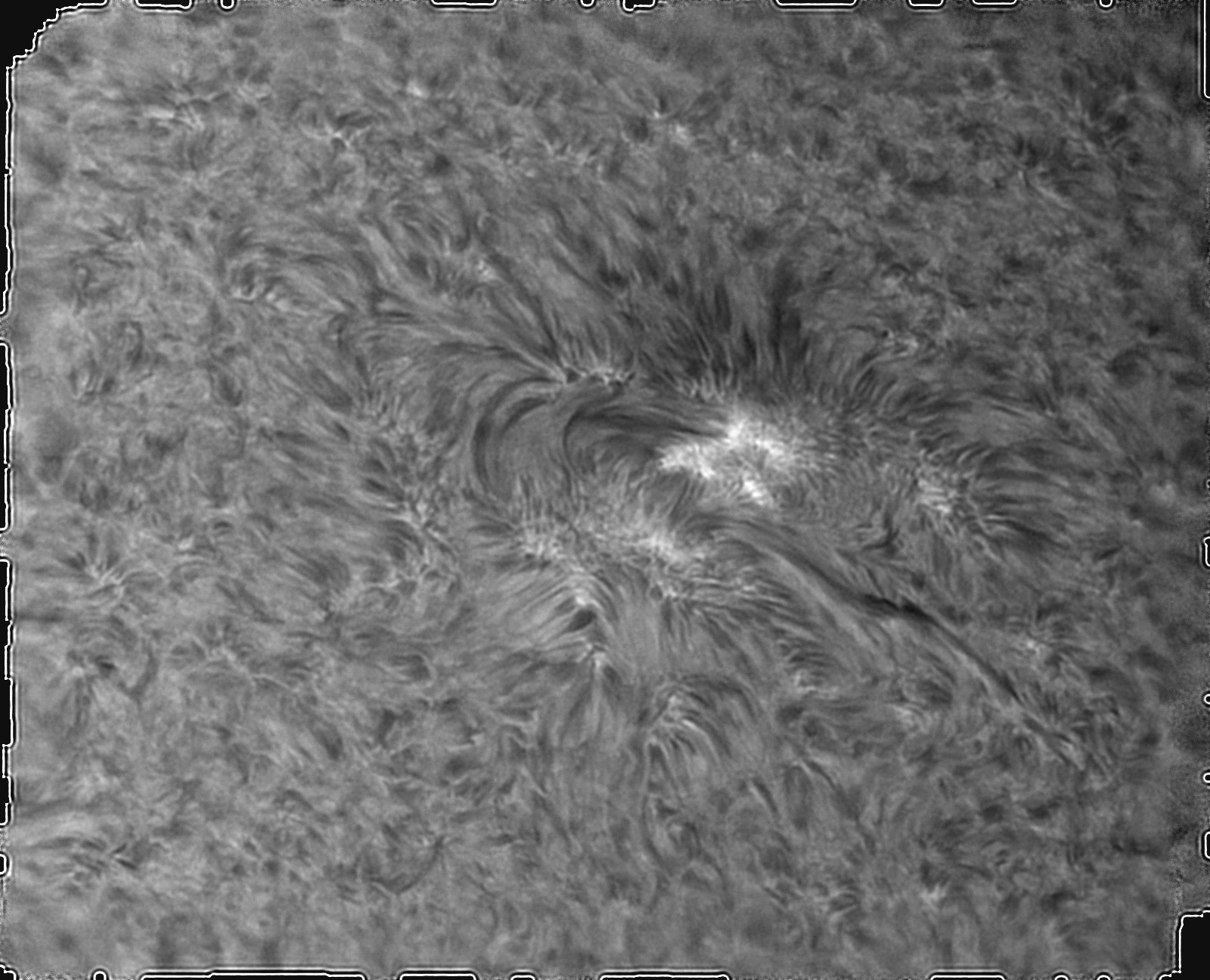 Your first is a negative image and makes it more difficult to judge. I inverted it, and it appears to be the best of the images you posted - pretty close if not on-band and of good uniformity. 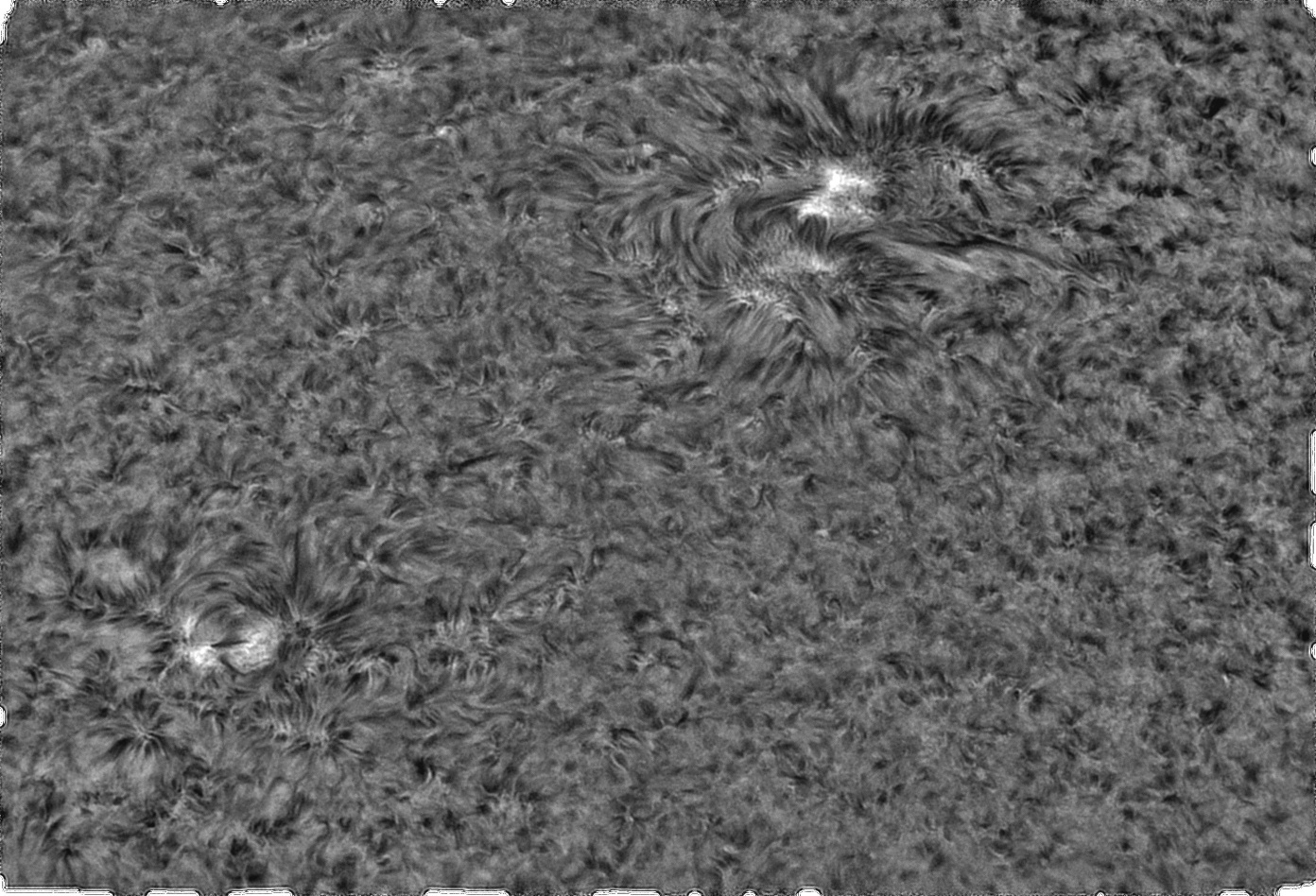 
The other images are less uniform, which may indicate there was a bit of tilt happening, or some other issue occurred.

The best test would be for you to image the limb and see how much of a double limb is present. There should be very little at f/44 with a nominal 0.3 A FWHM filter. If the double limb is more prominent it means you are a bit off-band into a wing. Excessive amounts of mottles would also be present on the disc - and this appears it might be the case as you go from right to left is at least one of the images. It's also very important to use a true telecentric lens system, not a Barlow or Pwermate - you didn't give any information about your imaging train.

The best way to check the etalon for being on-band is with a Hydrogen spectrum tube, and if your view is of anything other than a dot (i.e. a ring), the filter is off-band and the temperature needs to be adjusted accordingly. This dot should remain uniform as it moves across the etalon face.

Bob's advice is great. One comment though. The 0.3A filters I have looked through all still have an obvious double limb, even at f/40. So don't necessarily expect it to disappear. A really good 0.2A filter I looked through still had it, too, but there I would say it really looked less obvious on that one.

Thanks for the responses.
Bob. I’m using a Baader Telecentric. No tilt adjuster, but I was wondering if the unevenness might be from sag in the image train.

F) Leasons learned from these simulations on mica-spaced Fabry-Perot etalons :

In order to benefit from the full performance of mica-spaced F-P etalons, the following requirements are to be met :

b) Check out the the squareness of the F-P etalons to the optical axis. In other words, there should be no compromise on the mechanical set-up. As a rule of thumb the maximum allowance for the tilt is 0.1°.

It is a very easy to check out the squareness of the F-P etalon by auto-collimation :

- Place yourself at a few meters from the objective of your refractor.

- The reflection of your eye should be centered on the image of the etalon and on the objective.

Otherwise you should arrange the mechanical set-up.

c) The longer the focal ratio the better the performances are. F/D 30 seems to be a good starting point.

What are the designed focal lengths for the TZ3, TZ4 and any Beloptic options please.

Are they dependent on aperture or the type of lens, doublet, ED or triplet?

Are the Baaders designed for a Zeiss 100mm F8 APQ as I think I recall?

What are the tolerances for different focal lengths please.

HI David,
Your a little in the red wing, I would drop the setting .5 and see if you can see a difference.
Mark W.

Superb images and I think all the technical has been said. On a beauty issue I would definitely crop your stack image to get rid of the ugly black stacking artifacts, it would make the images look so much better

David:
Beautiful images, your 0.3 A° Solar Spectrum looks on band and it gives an even field.
Interesting technical issues mentioned in the thread.
Best regards,
Eric.