I have not been posting much in the past few weeks...work, weather, and syrup making have keep me busy, though I have tried to read as many posts as I can in the evenings! Clear skies and the work holiday for Good Friday allowed time to do some solar in the mid morning. Spring has stalled again, barely miking it above 0C yesterday and as a result the seeing was poor. I used the DS LS80T/LS75FHa/B1800Ha solar scope for all the images in this session. I have made monochrome, colourized, and inverted versions of each image set.

The first images are full disk composites of separate disk and limb images, taken with the ASI174MM: 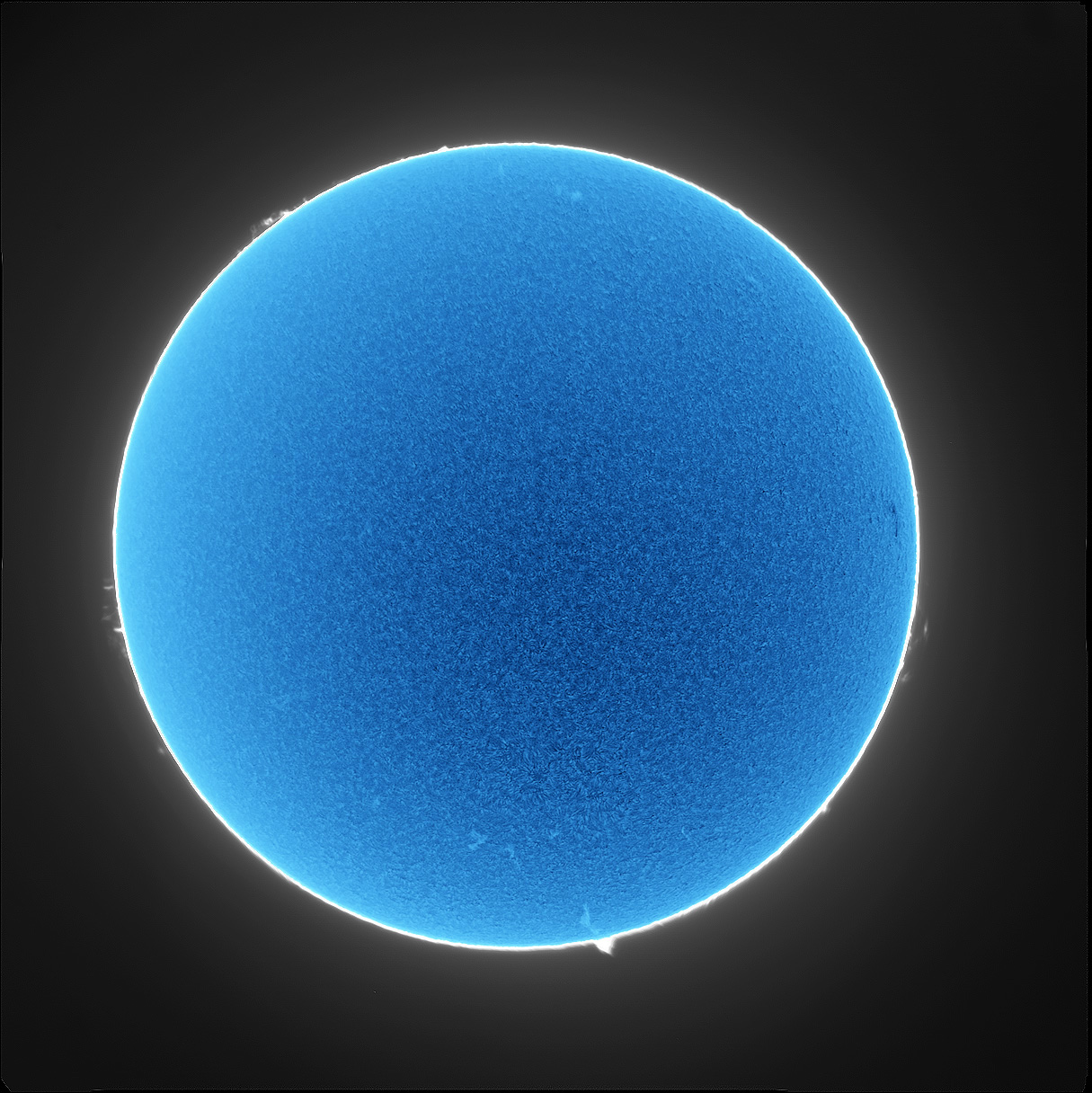 Disk activity was limited to several filaments and the decaying remains of AR on the western limb, and a nice fila-prom in the SW. These attempts at higher resolution used the ASI290MM and a 2x focal extender. The fist image is the north polar region: 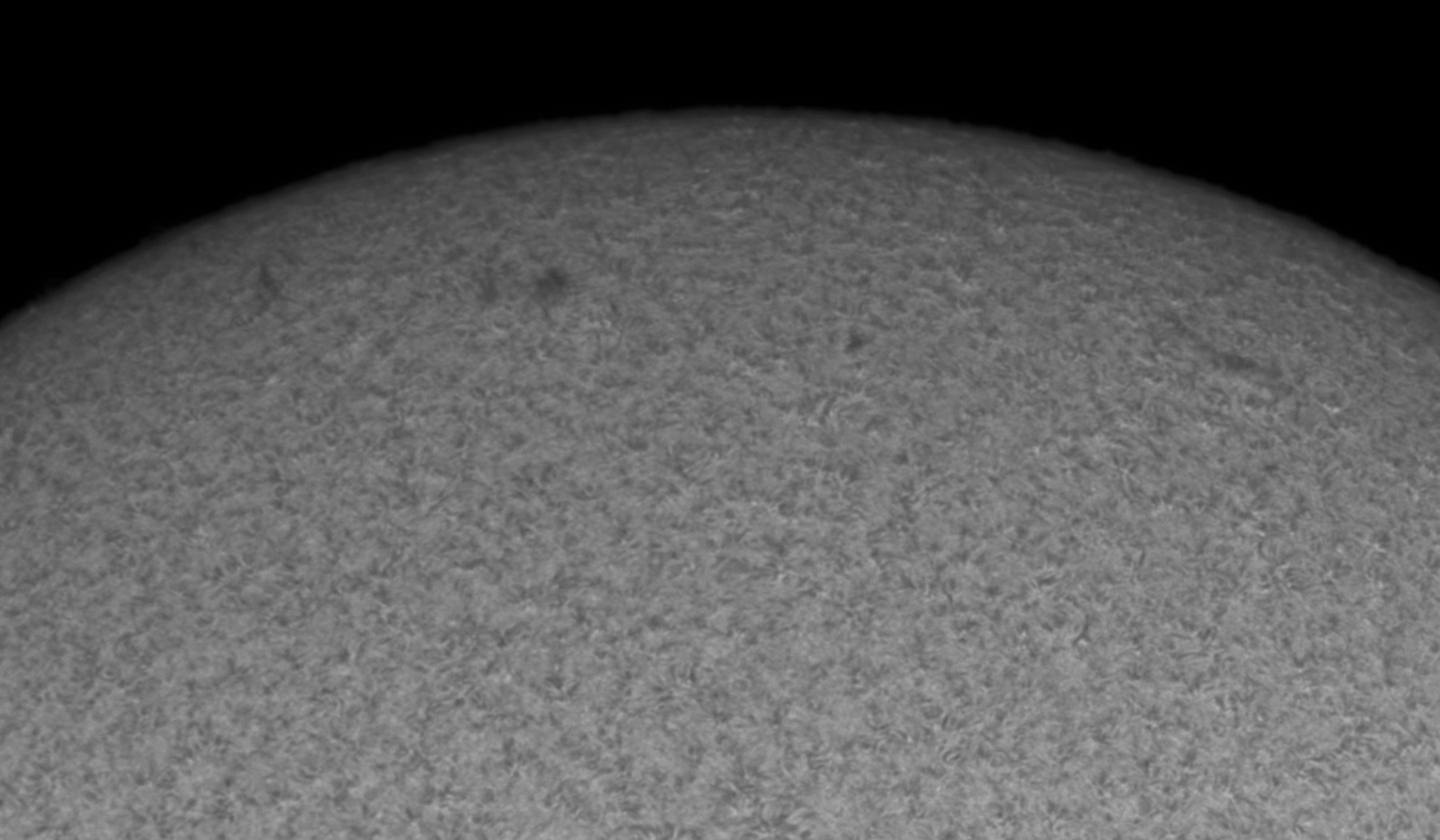 The next is a 3 frame mosaic than spans the mid disk, with the old AR2812 on the western limb:

The southern disk had several nice filaments and a large disturbed region to the west of the central disk in these images:

The last image is centred on the fila-prom on the SW limb. It is from two separate images, with one showing the filaments and the last tries to show the fila-prom arching over the limb: The small proms visible in the full disk image on the east and west limbs were too faint to allow longer exposures to capture any detail in the poor seeing.

I hope everyone enjoys these, and questions are always welcome.

We start another 4 week 'lock down' in Ontario today in an effort to stop the rise in COVID as many regions are having their ICU beds reach capacity. The variants are pushing this latest pulse and vaccinations can't keep ahead of the spread, but vaccine supply is now starting to show up in greater supply. Got to hand it to the decision makers who outsource for the cheapest source of medical supplies and scrap domestic production

In the end, no major change to my work...crop has to be planted. so I'll keep my mask on and try to distance myself

Excellent work Brian. I wondered if you had gotten lost among the maple trees.

Great set of images Brian, I know what you mean about being busy with work - same for me. Myself and Fiona have both had our first 'jab' and have got second one in may. Things slowly starting to return to normal here, once get past the 12th i'm going to have a couple of 3 days on the boat.

Thanks for your feedback on the images...always appreciated

James, too many trips to the bush to get lost

Looks like I'm going to have to switch into cleanup mode now...very little sap running now to be bothered working at it.

Glad to hear you and Fiona have got the first round of your vaccines. We are jealous! Slowly working through various priority groups, but I did get registered yesterday for the first jab as a new priority group for those of us 55+ and essential workers and health risk (Type 1 diabetic), so now I wait for the local health unit to get the doses in place.

Lovely to see all your images Brian

and very glad to hear about all those vaccinations, I too am envious, I am the only one in my family not vaccinated now

Excellent set of images and well done on the Halo-SPOD.
The colouring is fab

Thanks for the comments Alexandra and Terry, always appreciated

Good to hear that at least some folk are getting vaccinated...sounds like my parents are scheduled to be done in the next week or two (mid and late '70's). My sister is a nurse and had the first shot back in February. She will likely get here second dose before the younger folk like Sandy.

Super images, Brian. In between work you had a a very good session. Everything looks great, thank you for sharing this set of images. The filaprom looks great.

Nice set of images, Brian. Good to see that you got a decent session in.

The vaccination story is a right mess over here as well (all thoughout mainland Europe really). Fingers crossed for better times to come.