Session time is 10:50am until 1:00pm EDT local time ( US ). The skies are clear and the temp is 64F. The seeing is surprisingly good at the beginning of the session but fades to only fair by session's end. Clay and I observed white light using his TeleVue 85 apochromatic refractor from his home in Rock Hill S.C.

Coronado SolarMax II 90 DS. 32x, 44.5x, 64x and 133x ( Ha )
There are three plages on the disc today. Two in the SE and one seen in the NW. I see three filaments in the SW and two in the far north. I can see several prominences around the limb but most are small wisps. One however is bright with some size to it. It's a north leaning triangle showing some detail within it. It is located on the SW limb.

The spicule layer is impressive at high power showing the individual blades easily on the limb.

The mottles are easy today showing excellent contrast and hinting at finer detail.

TeleVue 85 w/Lacerta wedge and 540nm filter 100x ( WL )
I can see two sunspots in the NW plage. The bigger one is to the SW of the smaller one. I can see some hint of the faculae surrounding them. The granulation is easy at session beginning but has became more difficult at session's end. I did not notice faculae to the other two SE plage systems. 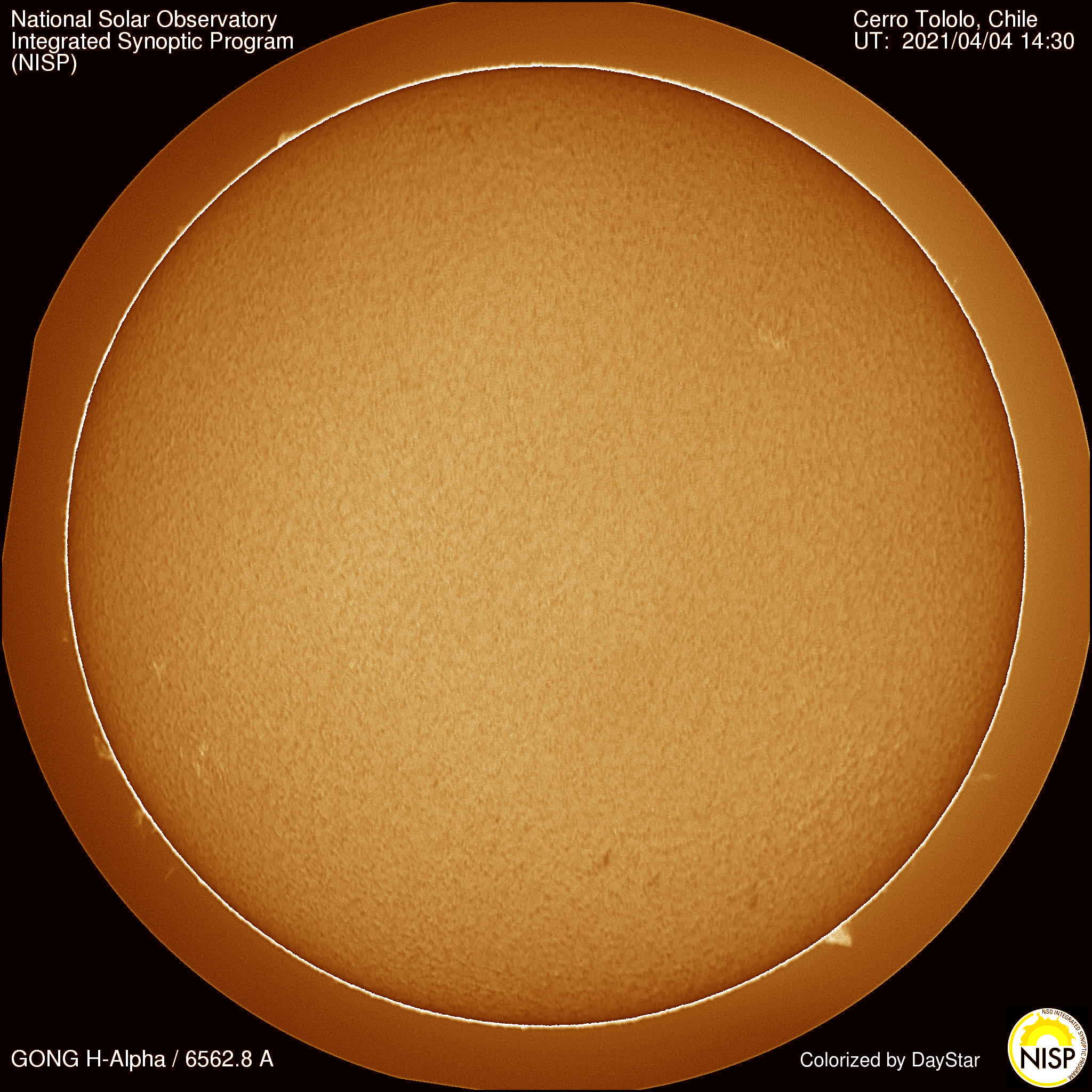 
And away from my ZWO camera an iPhone pic. The image should be flipped horizontally but you’ll get the idea. The large lit area next to the prom is just glare. The pic was just a quickie. 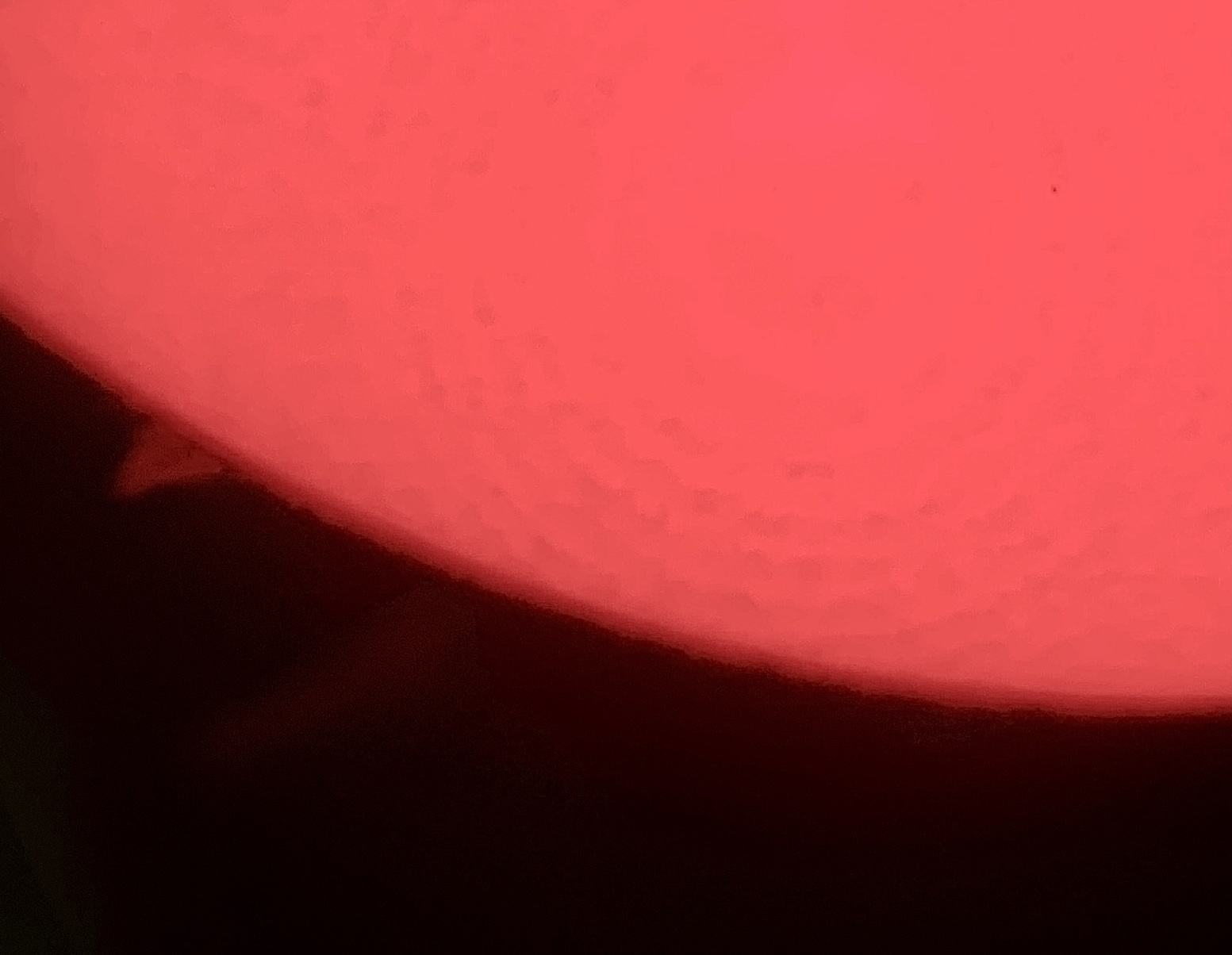 Many thanks James and much as i saw and imaged.

Have a good break away.

Thanks Terry! I am glad to see you back active again.

Thanks for the report James, I spent yesterday afternoon viewing the prom you imaged using my DS90. Sounds like you and Clay had fun!

Mark,
We had fun. Doing solar and observing last night as well. I did somehow miss those pores in the SE yesterday. I did not see them on the SDO image at the time and I may have been a bit distracted too. They were really small but the seeing was good enough to allow over 100x on the scopes. They should have been visible. I’ll look closer today and see if they are still there.

P.S. Looking back I see at least one pore on the SDO image. It looks like I just plain overlooked it.