Session time is 11:54am until 12:28pm EDT local time. The skies are overcast with thin clouds with a broken lower heavier cloud deck. The seeing is fair. The temperature is 70F.


Coronado SolarMax II 60 DS. 16x and 21.5x ( Ha )
I first off notice a fairly long dark filament in the NE stretching from a barely visible plage to the limb running diagonally NE-SW. The GONG CT Ha image shows a couple of other small filaments to the NW of the bigger filament but I never could see them through the cloud cover. I see one more filament on the disc with difficulty. It's in the south close to the central longitudinal meridian and is associated with a faint plage there. I could not see the plage.

I could see two prominence groups on the limb. One bright elongated group in the SW and another pair in the NW.

Despite the high thin cloud cover I can see the mottles. Low of contrast but there.

Orion 70mm Solar Telescope. 25x and 50x ( WL )
I can see two patches of faculae on the disc. An easy patch in the southeast quadrant not far off the limb and a more difficult patch near the NW limb. I can see the very fine granulation but only at 50x with difficulty. No pores or spots seen. 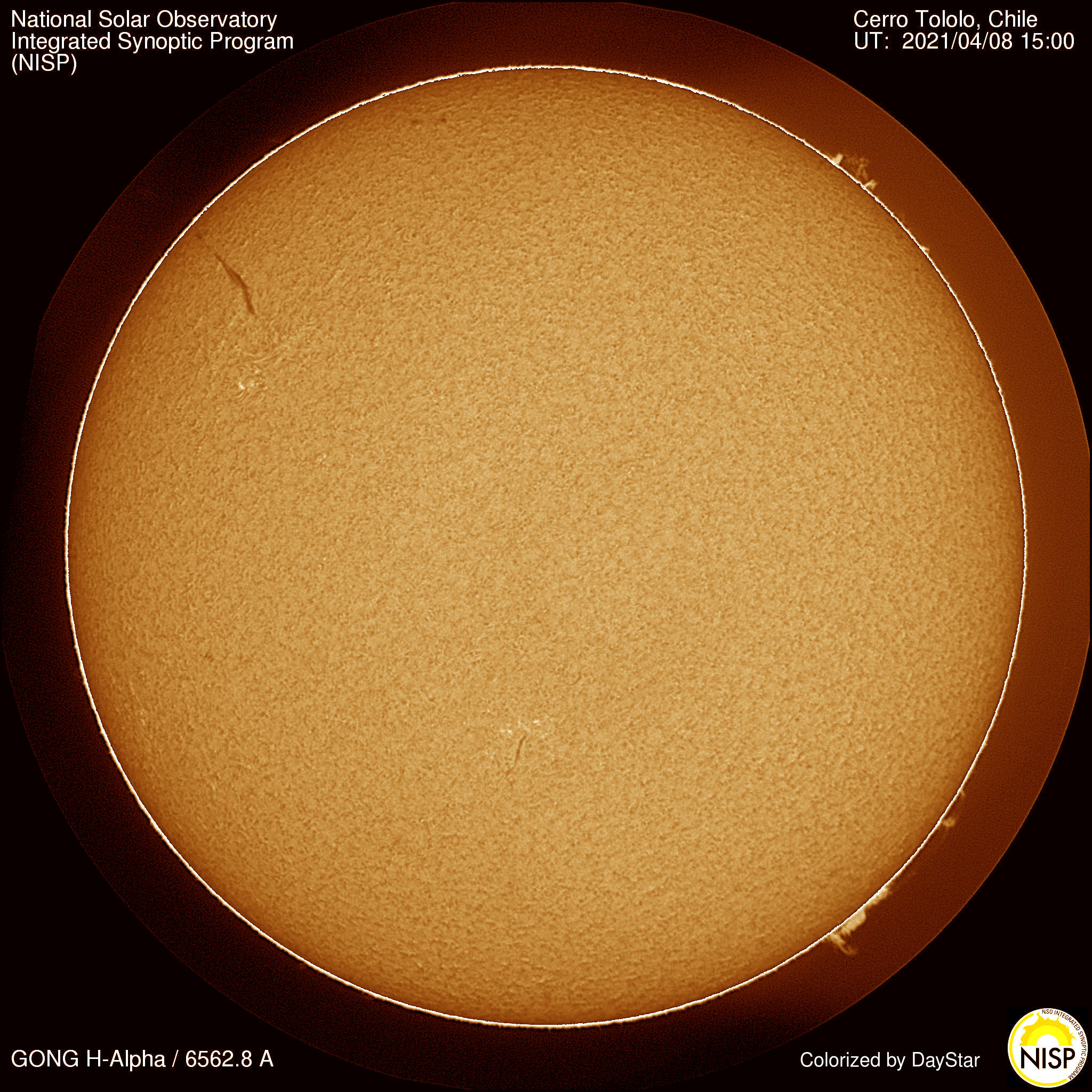 Thanks James for your report. Clouded out here still

I was lucky to have gotten a session in today. The clouds were sun-penetrable for only about an hour today and I seized the opportunity. The skies are forecast to be mostly cloudy to cloudy tomorrow and it doesn't look too good for a session tomorrow.

Things seem to be quiet again apart from the filament and couple of proms James. Rain here today, but better weather forecast for the weekend which is good. Todays mission is to make a sliding door for the brewery before some quality control of product later in the afternoon, at least we have some tunes while we work now

but no chance of Sun here today

Sorry Montana. I am with you today on the clouds.