Finally finished off process last Sundays images and getting a chance to post them. It was a great session with several filaments, and couple of small active spots and more of the lovely proms that we saw the previous day. To keep things simple I ran all the images through the LS80T/LS75FHa/B1200Ha double stacked solar scope. Typical summer seeing wasn't the best so I didn't bother trying any larger aperture scopes. I also did a couple of test full disk images using 'home brew' 1.3x barlow lends mounted in the C-mount camera adapter nose piece. The first show is with the ZWO174MM camera, and the second is with the ZWO1600MM: 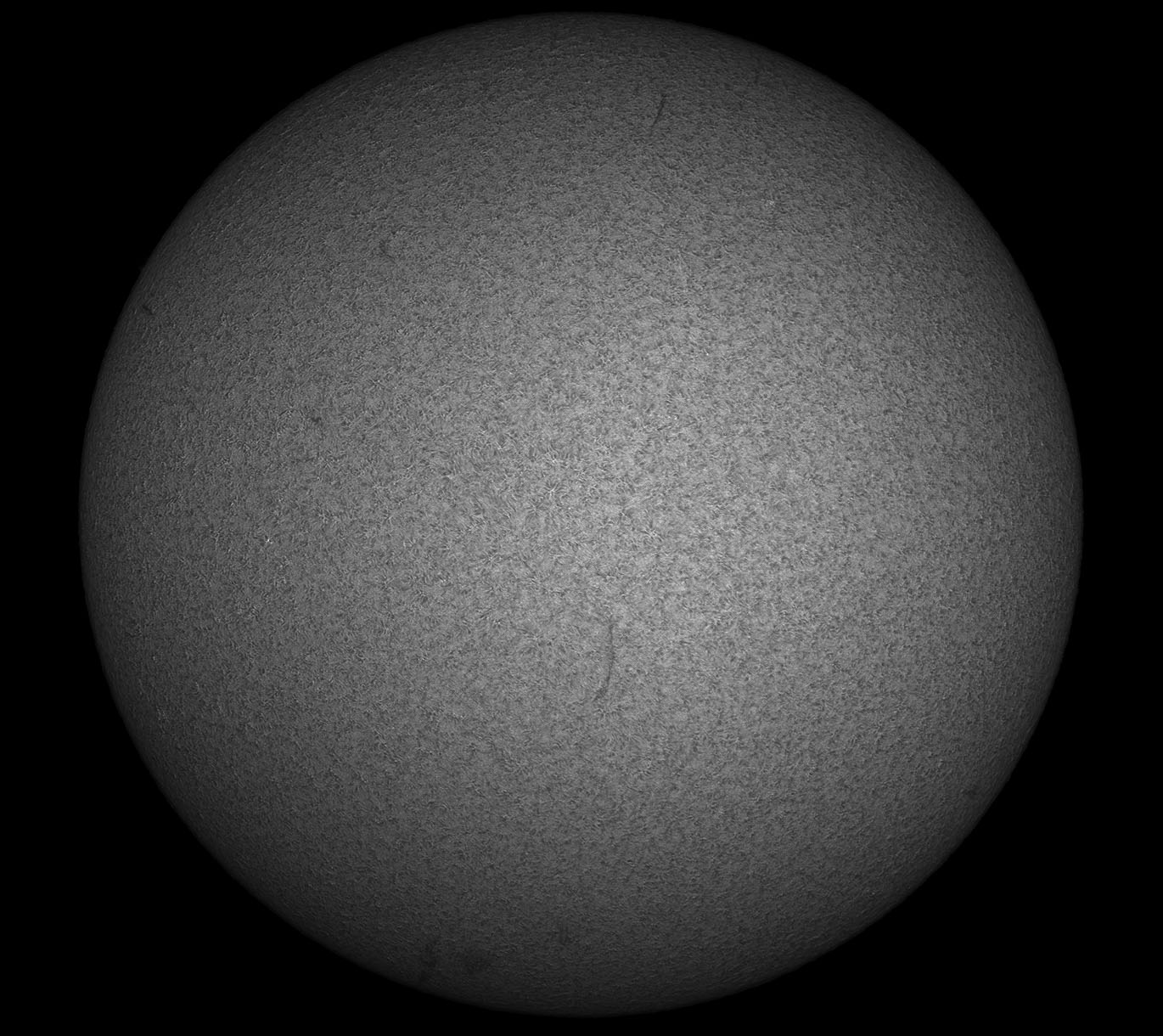 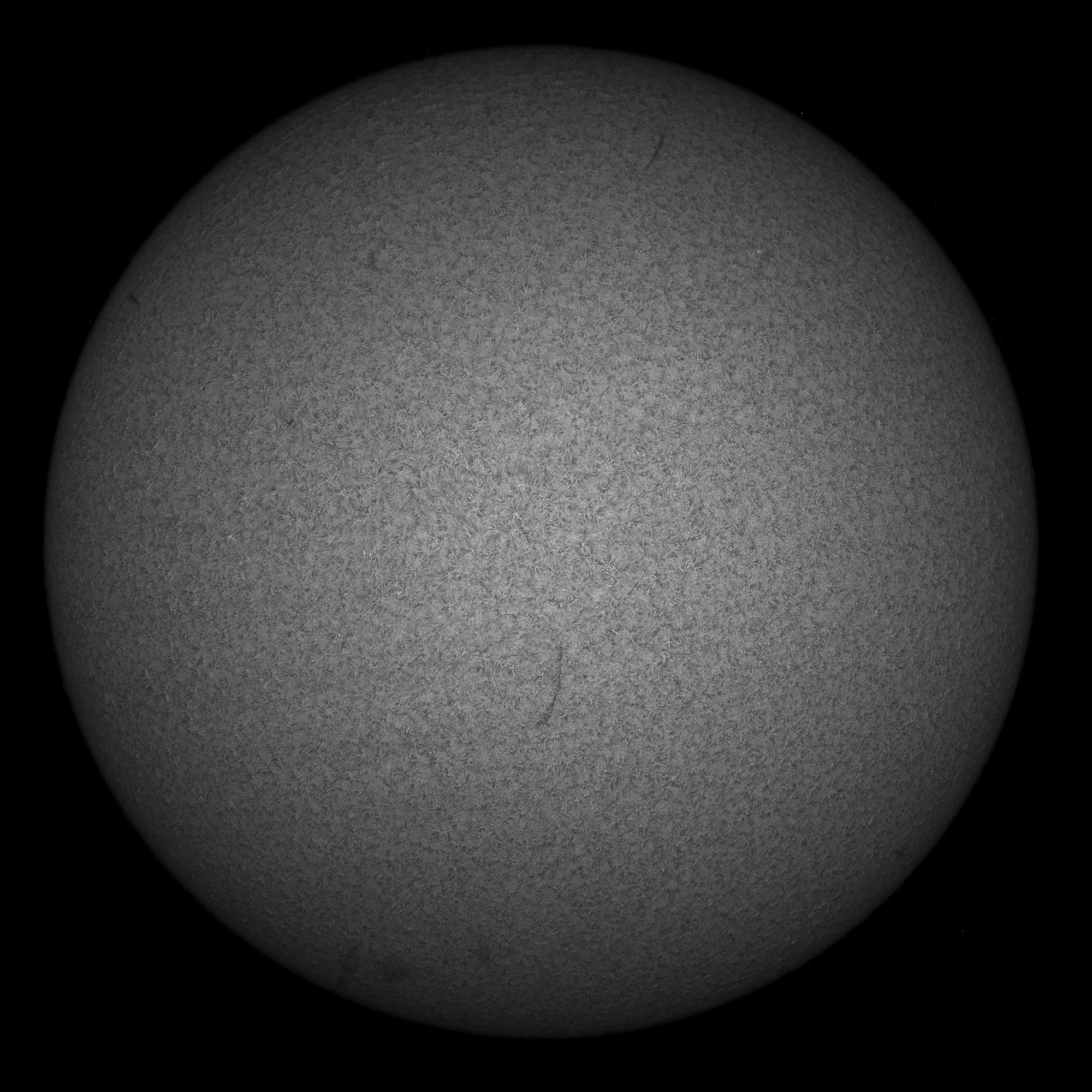 The remaining images used the ZWO174MM/Tilt adapter and a 2x Telextender to boost the image scale. I almost took enough images to do a full disk composite at the higher resolution, but missed a strip north of the equator. The northern disk and southern disk are posted below: As the morning wore on the seeing conditions declined which made imaging the faint proms a greater challenge. The prom on the MW limb had such fine details in it, and is presented below in two different images: 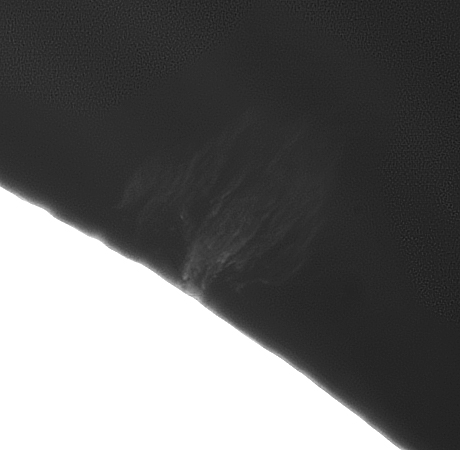 The camera was changed to a 2x2 bin to finish up in the poorer conditions, with one image of the NW prom and one on the SE limb. The binned images were taken approximately 1/2 hour after the full resolution images on the NW limb: 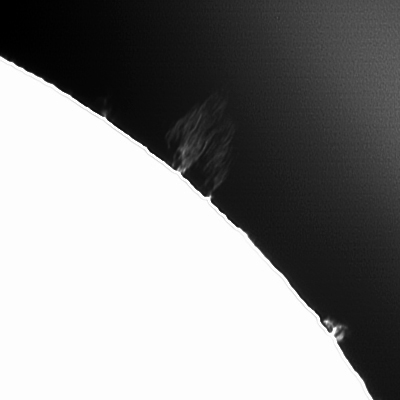 That cleans up last weekends solar harvest...I think I have a couple of folders full of Jupiter images that I haven't touched yet though

Questions and comments are always welcome.

I should get yesterdays images posted later today (from Sept 1st).

Thanks for your feedback Maurits.

Excellent full disks Brian. Nice consistent detail all over the disk and those faint proms on the SE limb turned out great. I'm still struggling with my LS80. The higher resolution camera does show a little more detail in certian regions but I agree that the PGR GX is a great camera. Surprisingly good detail in the prom shots. Nice set.

Great set of images Brian! Hoping to catch a few rays this weekend weather permitting. Autumn has definitely arrived here in the UK - chilly, blustery and wet - sound like deja-vu?

Many thanks to you both for your feedback

Mark, it does sound familiar but at least back at the end of July it wasn't terribly cold yet. Hopefully you get a decent amount of clear weather in the coming months to enjoy the day and night skies.