Coronado SolarMax II 90 DS. 32x, 50x and 64X ( Ha )
I can see 4 areas of disturbance plus the disturbed band in the south. AR12898 is easily visible in the SE with it's plage and spots. The SW shows a yet unnumbered active region that is easy to see. AR12896 is just to it's west and invisible. A visible disturbance lies in a band between AR12898 and this unnumbered plage. GONG Cerro Tololo shows a wavy line of filaments between them over this disturbance ending SE of the western plage as a large dark filament that has persisted for days. This large dark filament is easy to see but seems a bit less developed than it did yesterday. I can see small filaments SW of AR12898 visually but the GONG image shows them connected as a U shaped structure. I can see a single smaller dark filament in the far SSW. AR12897 is visible as a mere disturbance in the chromosphere in the NW quadrant. Another similar disturbance is seen in the NE with a single filament nearby. I can see another filament near the SE limb.

I observe a number of prominences on the limb today. One in the SSE displays nice detail in single stack. It has a number of voids with one being sizeable in it's northern extremities. At one point the prom had a wavy appearance. In the two hours I observed it's voids and inner structure changed appearance a fair amount. The GONG images taken during this time show this well. North of this prom lies another that is seen without difficulty. The NE shows a bright complex hedgerow group of 4 prominences. At the beginning of the session I could see a streamer heading north from the northernmost of the bright group's proms. Later I noticed the streamer had disappeared and had been replaced by a fifth prom! I checked the GONG images afterwards which confirmed my observations. I love it when I see a feature first visually and later confirm it using GONG images instead of the other way around. WooHoo!!

The eye can see changes over time my friends. I also see a wispy prom on the NW limb. I also notice a floater prom north of the NE hedgerow group.

The mottles are easily seen across the solar disc and I can also see the spicule layer circling the limb.

Celestron NexStar 102 GT w/Altair wedge and 540nm Baader filter. 55x, 62.5x and 83x. ( WL )
I can see seven areas of disturbance at 540nm on the solar photosphere today! The easiest by far is the spot group of AR12898 in the SE. The shape of the group is unusual as Terry has pointed out earlier. The western side is a downward facing crescent of spots all fused into a common penumbra. The eastern component is an upward facing crescent of 5 or 6 spots with no penumbrae at all. East of the group very near the limb lies some visible faculae. The SW shows three patches of faculae close together. The easternmost of these shows 6 small spots/pores. The faculae of AR12896 can be seen west of it with no spots/pores seen there. Another faculae is the southernmost of the three. I can see faculae in the NW that is associated with AR12897. No spots or pores are seen there. I can see the final patch of faculae in the NE.

The granulation is easy to see but seeing is not quite good enough to allow me to see the individual granules. 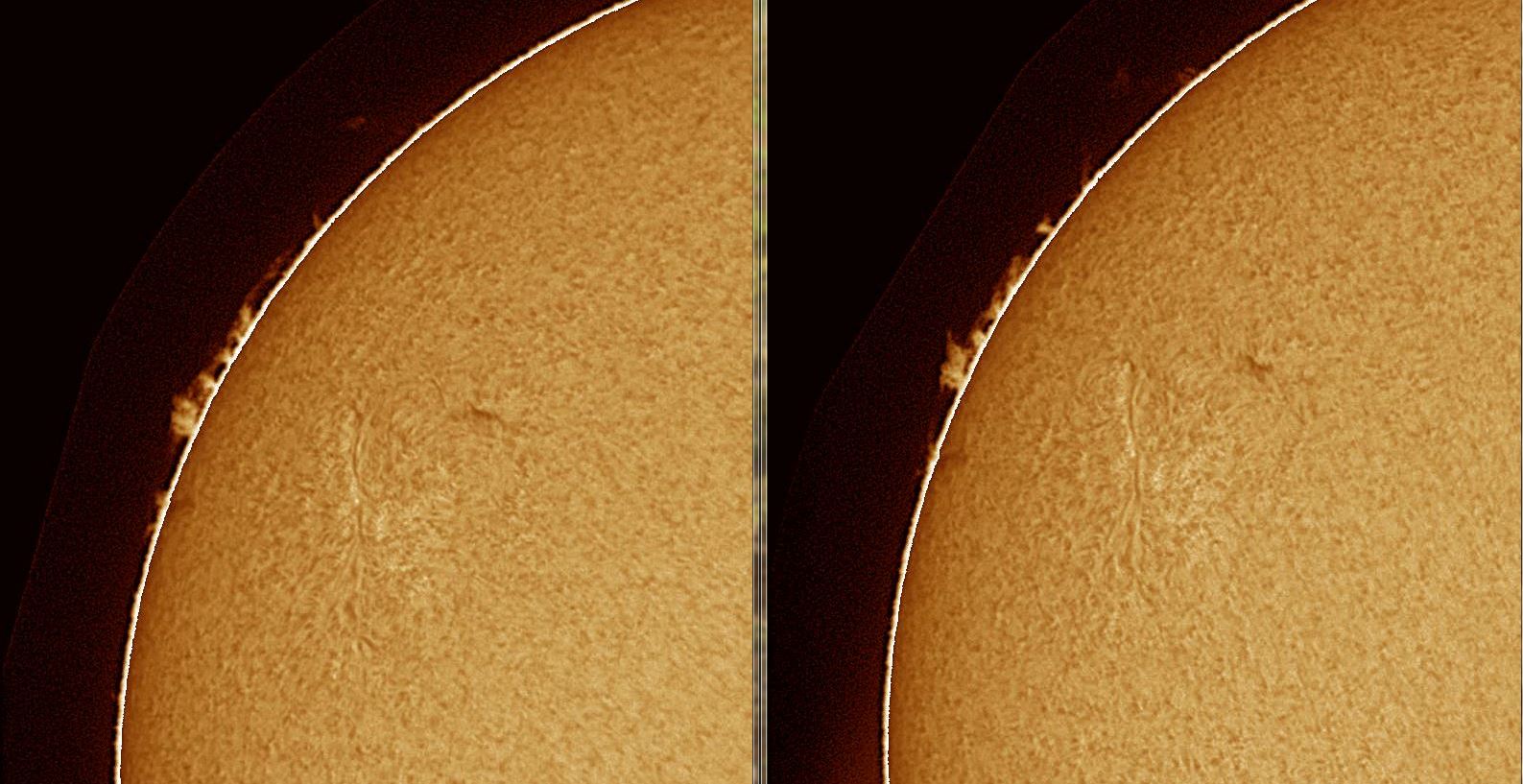 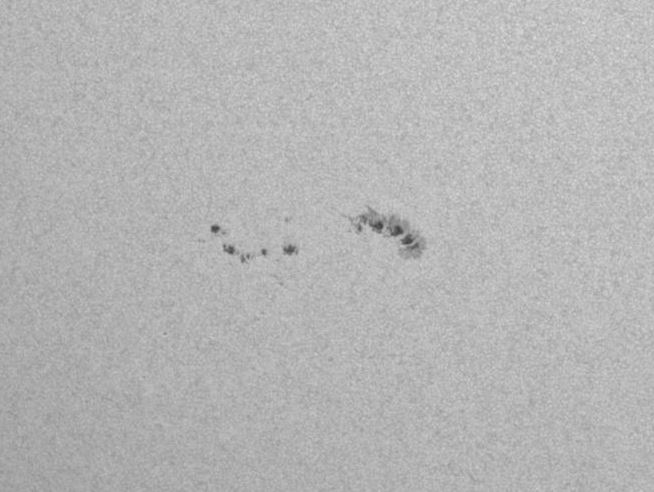 jacinto
Oh, I get it now!

They are but they are professional images from the GONG network and by NASA's SDO solar observatory. I use them as references to support my work.

Great to hear you observed a fast moving prominence, always exciting to visually watch something move

I hope you had a wonderful holiday yesterday

James, thanks for the report, also I had some chance to get a few shots.
Have a nice and sunny weekend.
Eric.

Thanks vm James for your excellent reports of the action as you see them.

Later today than usual, more action is in the offing as my new post reveals...

Thanks for the detailed report, James. Have a nice and sunny weekend!

Thanks everyone. I'll be posting today's observations shortly.

You are welcome, Mark. I really enjoyed it. The weather was nice too!!