It is all in the detail.

There's a couple of things going on here - there is newtons rings, get the camera tilted to solve that. Then concentrate on the tuning, it doesn't look at all on band - the darker light area is the sweet spot.

Good call. It does appear to be interlaced. It's almost as if two different images are recorded.
Is it possible that the wrong camera was selected in setup? Normally if my camera is connected when I fire up SharpCap, it selects the camera automatically. But if, for example, I change cameras without shutting down the program, then I have to select the camera manually. Any chance the program thought that it was looking at the wrong camera?

Denababy - Please post the CameraSettings.txt file. Also, please select a single frame of the capture, export it from AutoStakkert and post it. It doesn't matter which frame. 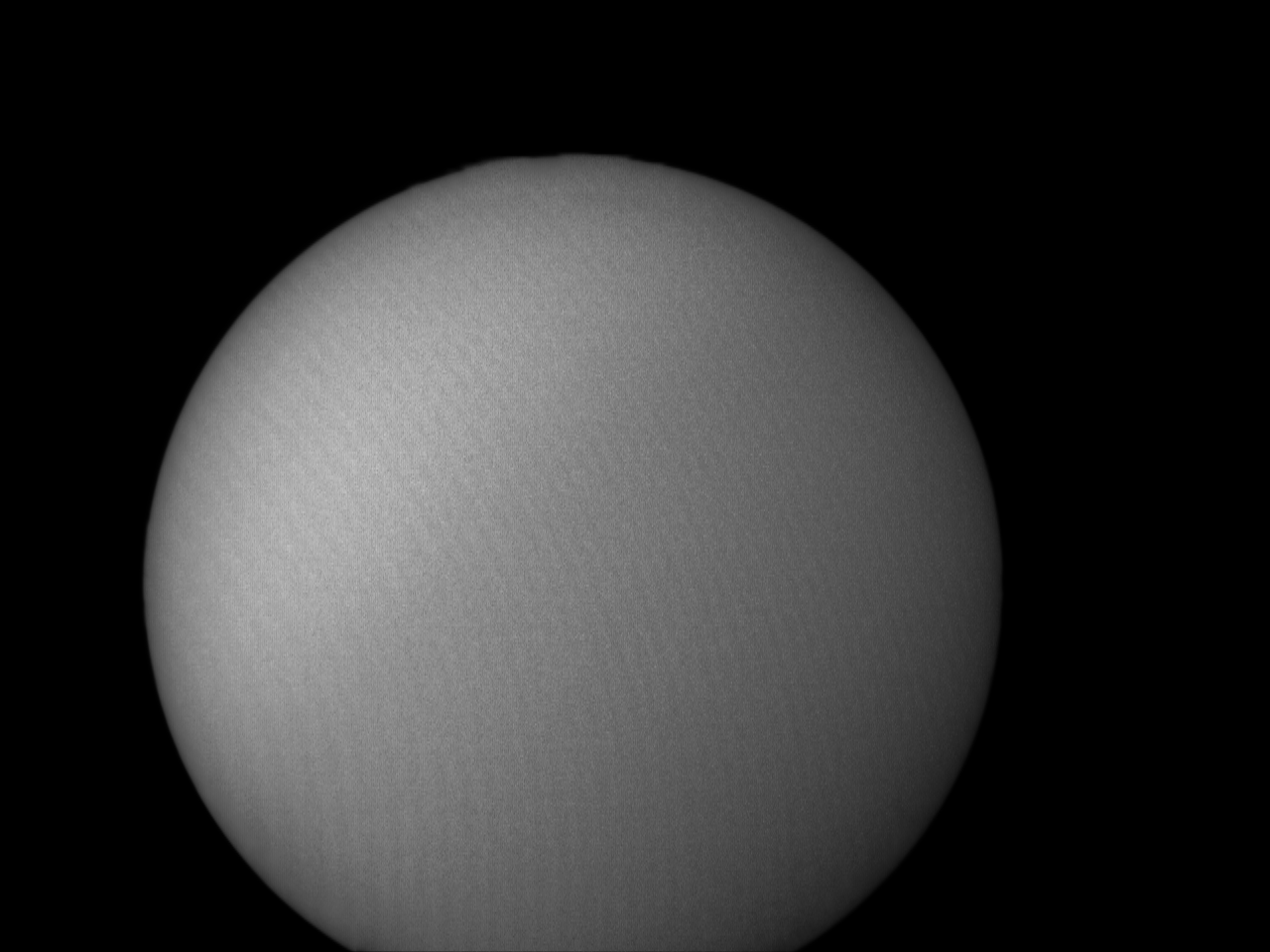 As you can see, the even line image is considerably darker than the odd line image. On average, the numerical values of the odd lines of the image were roughly 1.4 times the values of the even lines. In both cases, the rings are still visible, but there is not much else to see. Combining the two images and processing a bit more yields an image that makes me want to believe that there is image data there, but it's probably my brain playing tricks. An enlargement shows that there is no coherent detail I doubt that this clears up much. Just some additional information. Too bad there aren't any really good features up there right now

Even on a 'blank' disk there is still plenty of detail for a Lunt50, here's a shot I took a few days ago. 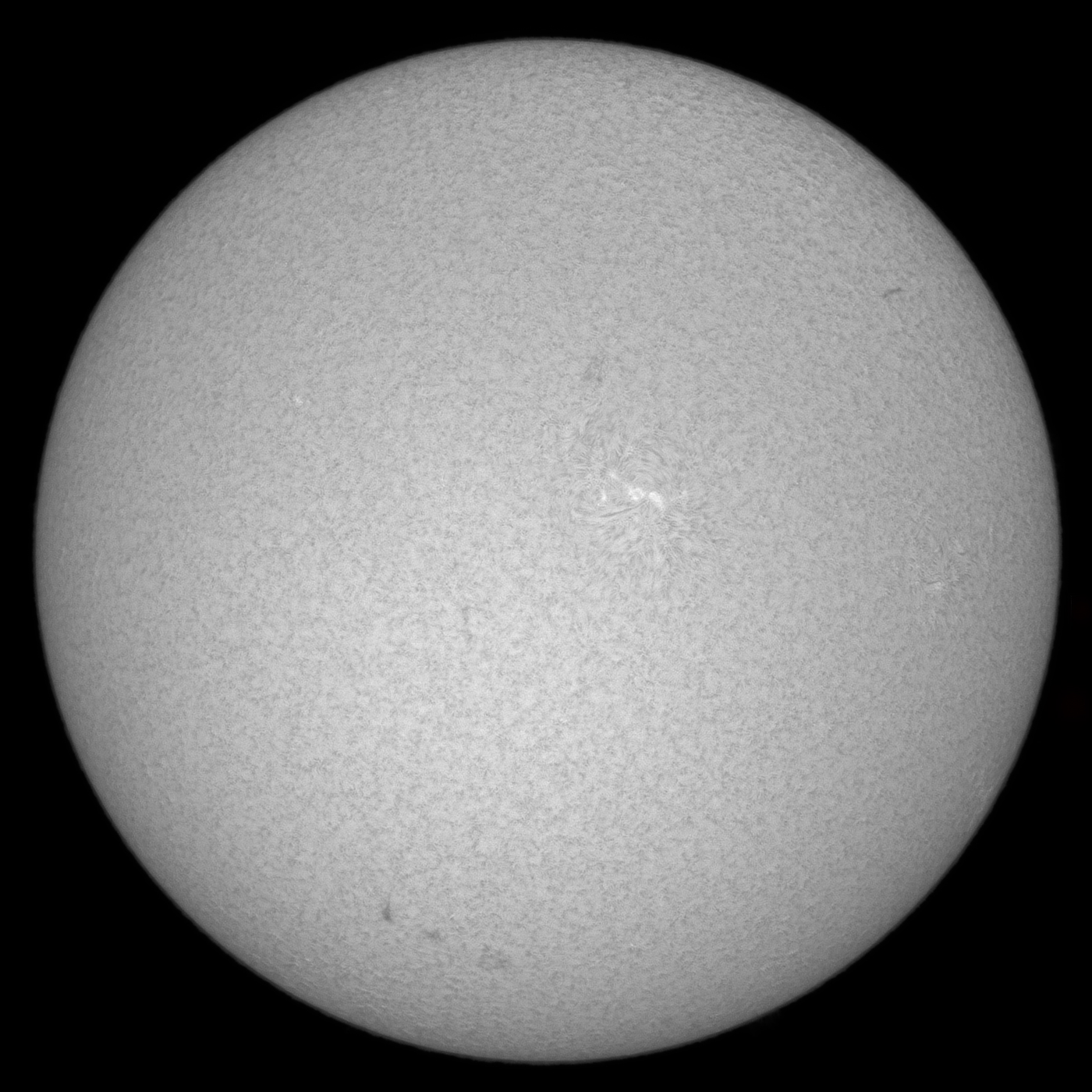 I get very similar sweetspotting that you get when my Lunt50 isn't acclimated. It seems to like sunlight on the etalon chamber for a while before the sweetspot is even. 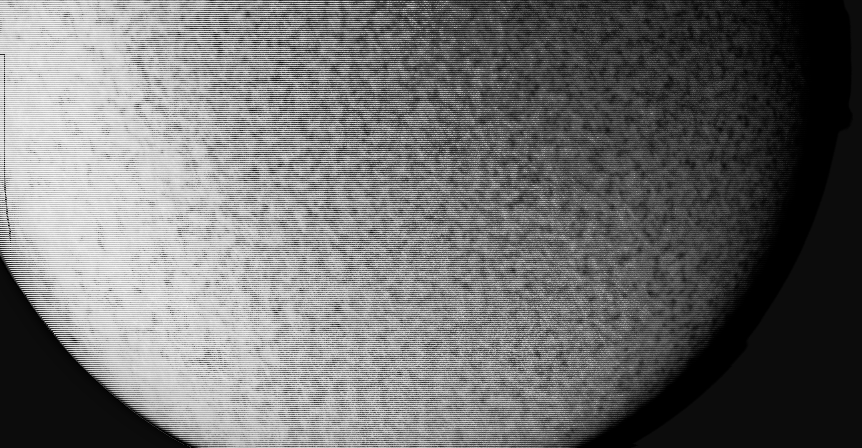 the last few days have been ok ish so I set up my Lunt Etc. and took a few videos. Firstly I could not see any Newtons rings until I opened the file then they were as plain as day. After adjusting my tuning very slowly I managed to get some detail, that's the first problem nearly solved, then I followed Marty's video as I went along but still managed to get something wrong. After saving the file into my finished images file it would not open as the file had been saved as an ALV. Anyone else had this problem, if so where would it happen? Her,e is my last poor attempt, it's absolutely rubbish but at least I'm making some progress thanks to you folk.

Just a silly question. I think you have the usb2 version of the camera (120MM not the MM-S) Did you install the lastest drivers from the ZWO website. I noticed a new driver was released a few days ago which now groups all cameras. (If I remember correctly, there was a seperate driver for the 120 MM in the previous version). That image does not look normal, these horizontal lines should not be there. Could be bad cable, bad camera, bad driver, bad usb port (don't use the camera over a hub, that can also give problems)

I tell a lie, I hooked everything up and looked very very closely and there were the rings. You are correct PDB I do have the 120mm, yes I installed the drivers, Iam going to look to see if there are newer drivers. The horizontal lines I think are Newton rings. and I try to get rid of them by using a flat on the surface, not on the proms, it usually works but recently I have a problem when I load the flat, the pic goes like a negative and is not lining up with the surface pic. I try to polar align as carefully as possible, recently on the handcontroller it came up with ‘polar is 1.3 off’ but don’t ask me where that can be found it just came up.

these horizontal lines ar not Newton Rings. (The NR's are the ones that are bent over the disc.) Could be some other interference (exists on a 178MM) but never seen that on an 120. Any weird settings in AS!2 stacking?

Just goes to show I know very little. I have and will have a good look at the settings.

Good point. There is something on stargazerelounge: https://stargazerslounge.com/topic/2133 ... sun-in-ha/
Probably a bug in the driver where #of frames from shutter speed exceed the USB 2.0 speed? Maybe in combination with some other setting (Highspeed, USBTraffic)