For better or worse I've bought a Quark. The intention is to use it with my 250mm RCT for high res views.

Late afternoon yesterday the Sun finally appeared and I was able to give it a test run for the first time. Despite using two different cameras and two different refractors I found some persistent and peculiar cross-hatch brightness banding when I de-focused to make a flat. I also saw these features when 'off disk' with the exposure and or gain turned up.

Here's the de-focused flat image reproduced here as a JPEG. 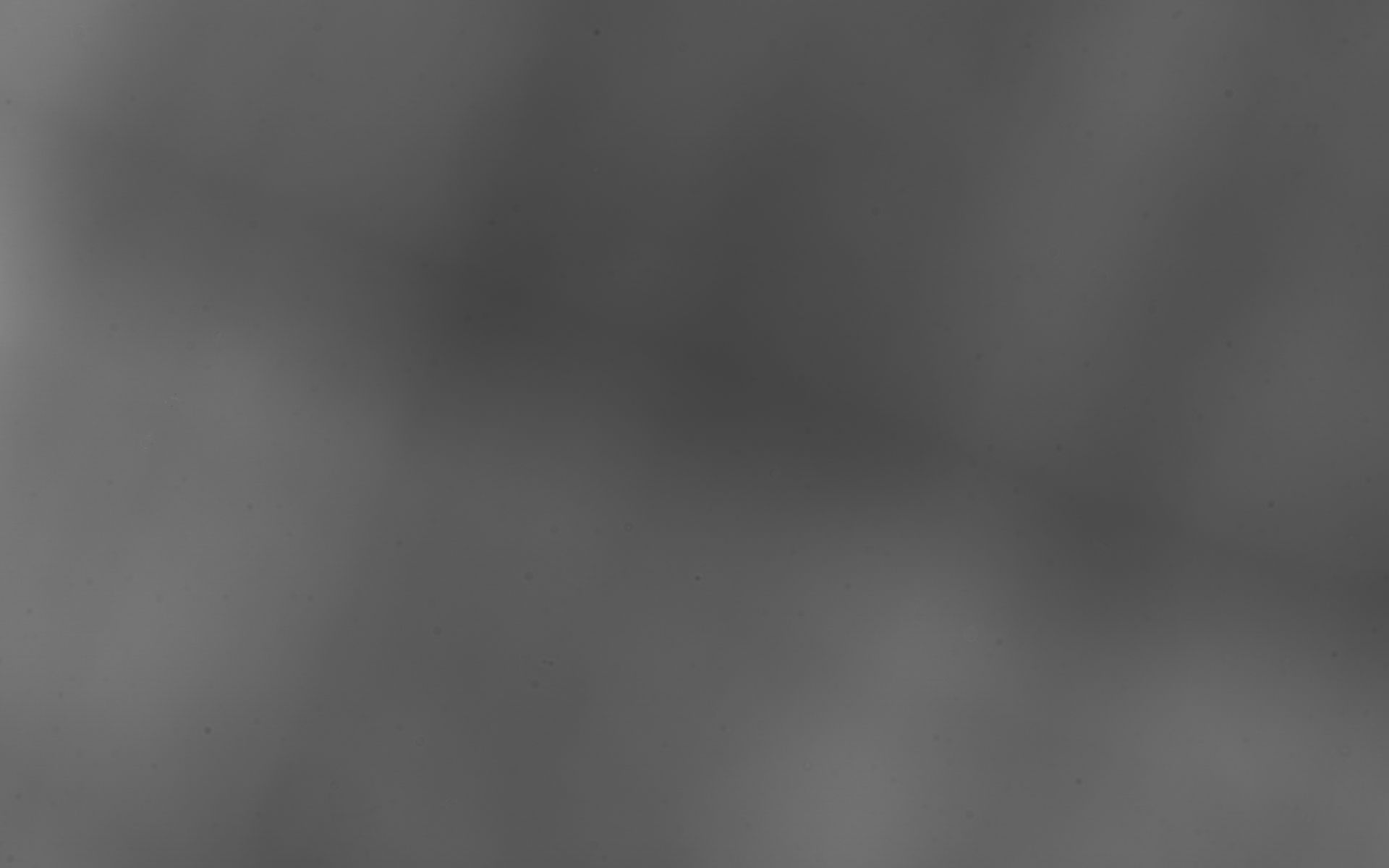 It was a usable flat that allowed me to get a half decent image using AS!3, so it doesn't appear to be a bandwidth issue (the image appears to be about on-band uniformly) it's just an image brightness variability issue with these lighter and darker bands, which are annoying.

Here's the final processed chromosphere image using the above flat and tweaking in PixInsight. 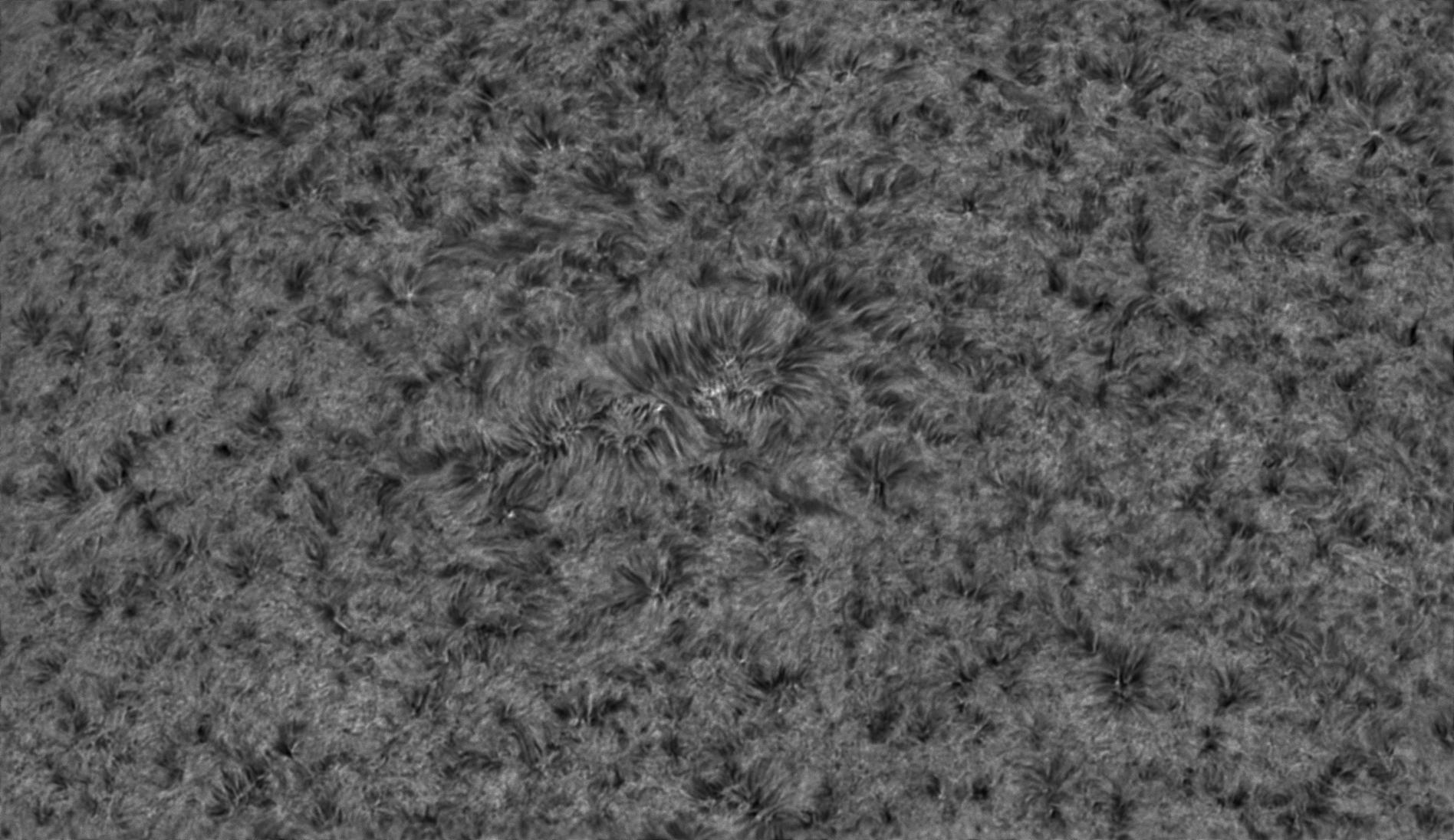 I'm curious to know what other Quark users see when they de-focus to make a flat. Is the cross-hatching/banding normal?

I realise that the Quark's performance can be variable from one to another and there are good ones and less good ones, but I asked my friendly supplier to select a good one hoping for something at the upper end of the performance curve. Being unfamiliar with the Quark in practice I'm not sure that's what I've got.

Comments and other examples of 'flats' would be appreciated.

Sony ICX178 or ICX183 chipped camera?
With a 178 I get crosshatches that are visible in the image, depending on the zoom level; (They are there but getting more pronounced on certain zoom levels). This happens in narrow band imaging (small pixels, microlenses ...?) Never had it on the ASI120 (not a sony cmos) If you take a bias frame with these cams; and extremely stretch it, the pattern will probably also show. (At least with my ASI178). In normal white light captures it is not noticably.

How very strange! That 90 degree cross hatching is peculiar. Does it rotate with the Quark?

You are right Mark. This looks strange. The hatches also look unsharp (like something in the image train), so this seems different from what I have seen with my cam. (Should have looked it bit better at the image. Maybe time for new glasses)

My first response would be to take the Quark apart and reassemble it, my gut feeling is something (lens or filters) are pinched - I had it with my SM40 a decade ago. However, it is a new Quark so probably this is not the most feasible of advice

The bandpass across the image looks good Stu, so that is a positive, it maybe that you have to do these flats to combat the crazy illumination.

The problem here is we're all seasoned perfectionists - we know what we'd like to see, but the equipment at the price band isn't always obliging...

My Quark is also on-band but I get a non-uniform field.

I use an artificial flat to correct the final image.

That isn't a pattern I've seen thorough any filters (various Lunts), Quantum, and Quark Combo. It would be good to know if it rotates with the filter body or camera relative to each other and the optical axis.

Your final image look great despite the flat being so odd.

Many thanks for everyone’s feedback.

It’s definitely an issue with the Quark. The different scope and camera combinations produced the same effect, so back to the supplier.....

You are a brave man! I had all sorts of nasty patches with my second 'repaired Quark' and it looked worse than that. You are just lucky it flat fields away. That's what you get with a Quark. I am the worlds most unlucky person, so when you need luck with a Quark, I avoid

Too bad about that Quark, Stu. I'm glad you decided to send it back even though your image looks great using a flat.

My first Quark had a very smooth even illumination but failed to produce much contrast. My second Quark was not so evenly illuminated across the field and produced odd reflections around half of the limb. It did have a noticeably tighter bandwidth though. The third one is still in use but has it's own charm.

I did notice that Daystars cleaning specs were not up to my standards. That might be something to check also.

It has gone back