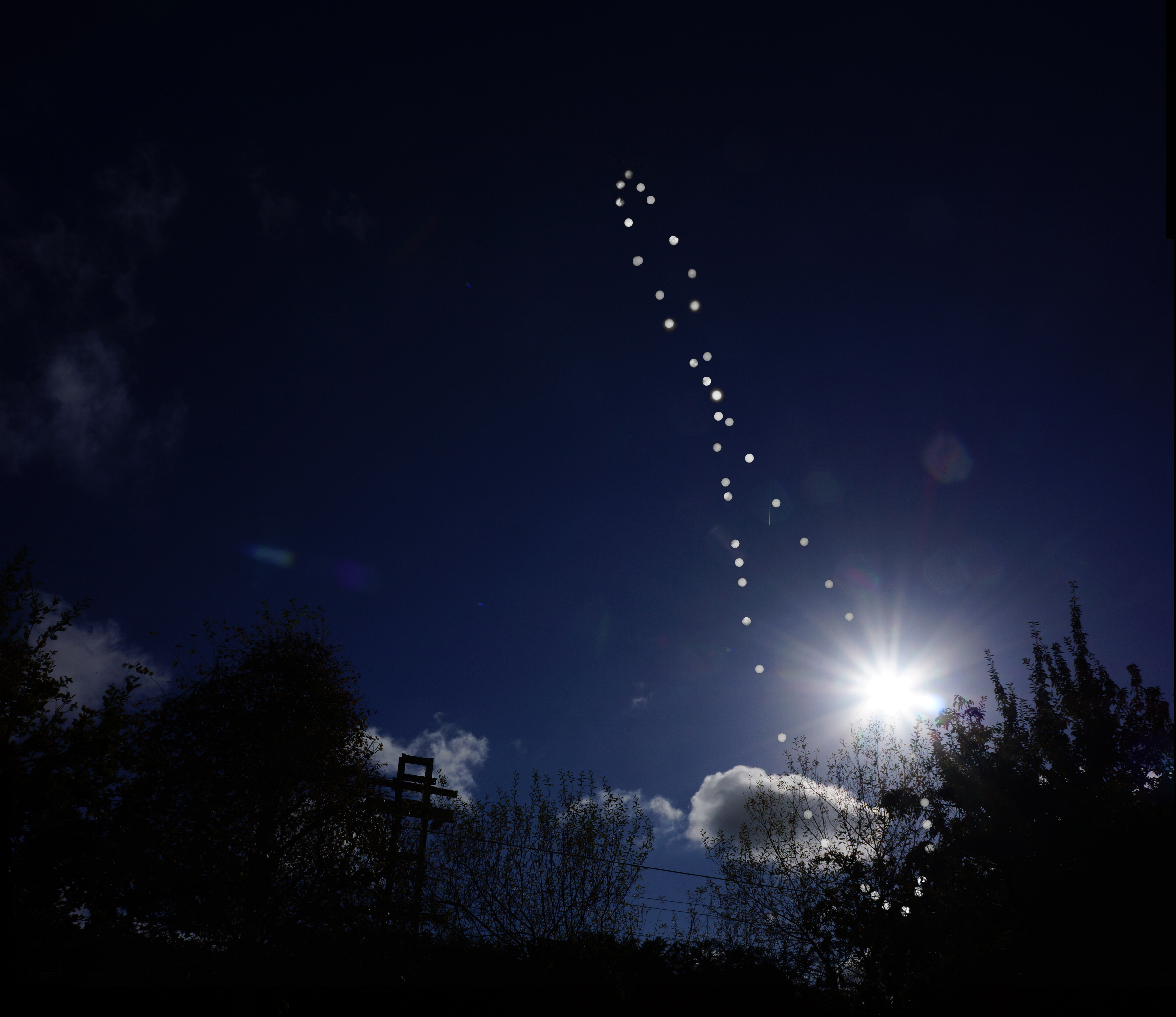 This prom is the a development of the prom that was in the same position on the sun as last day except that it has "bloomed" outwards. Its appearance was very feint on GONG and appeared even more so in the the live view because of the haze.
So, there was some levels work involved to make it more contrasty and stand out. 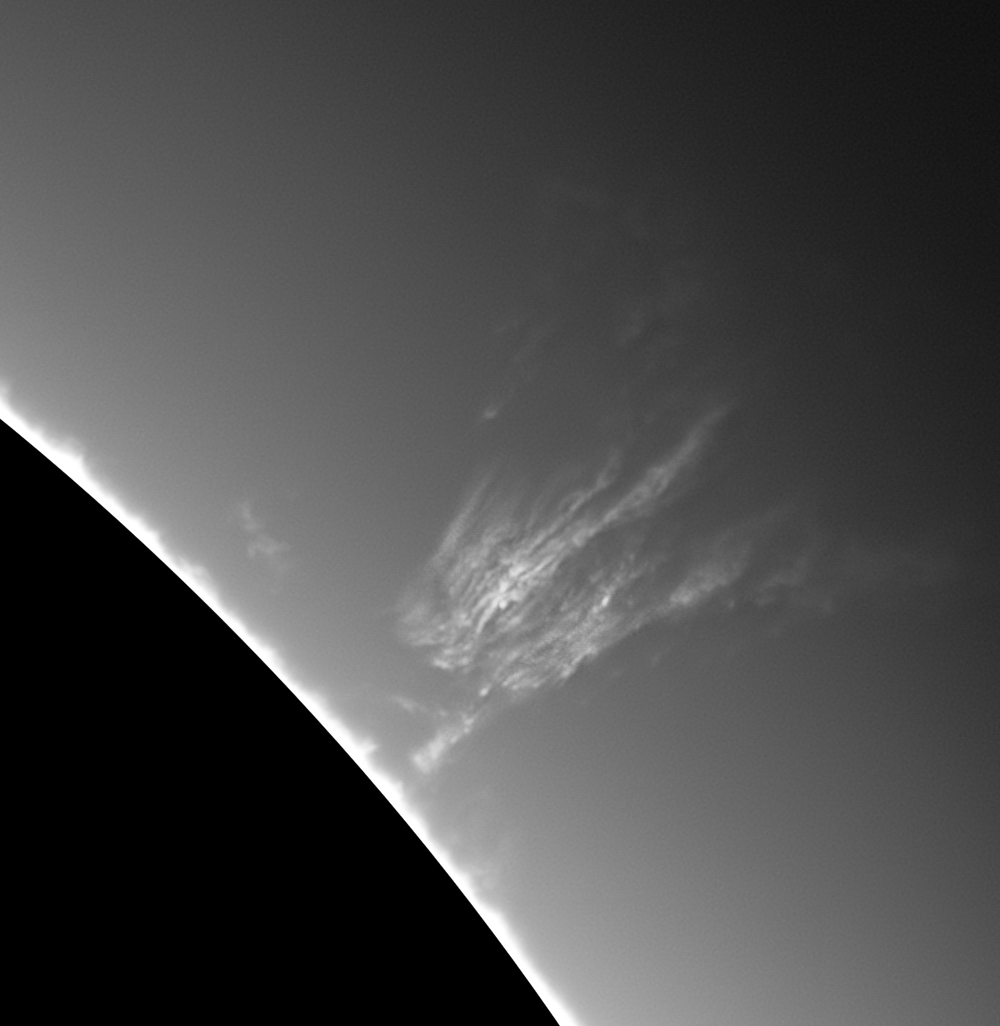 I used more aggressive processing in the next image to bring out a bit more detail in some areas. 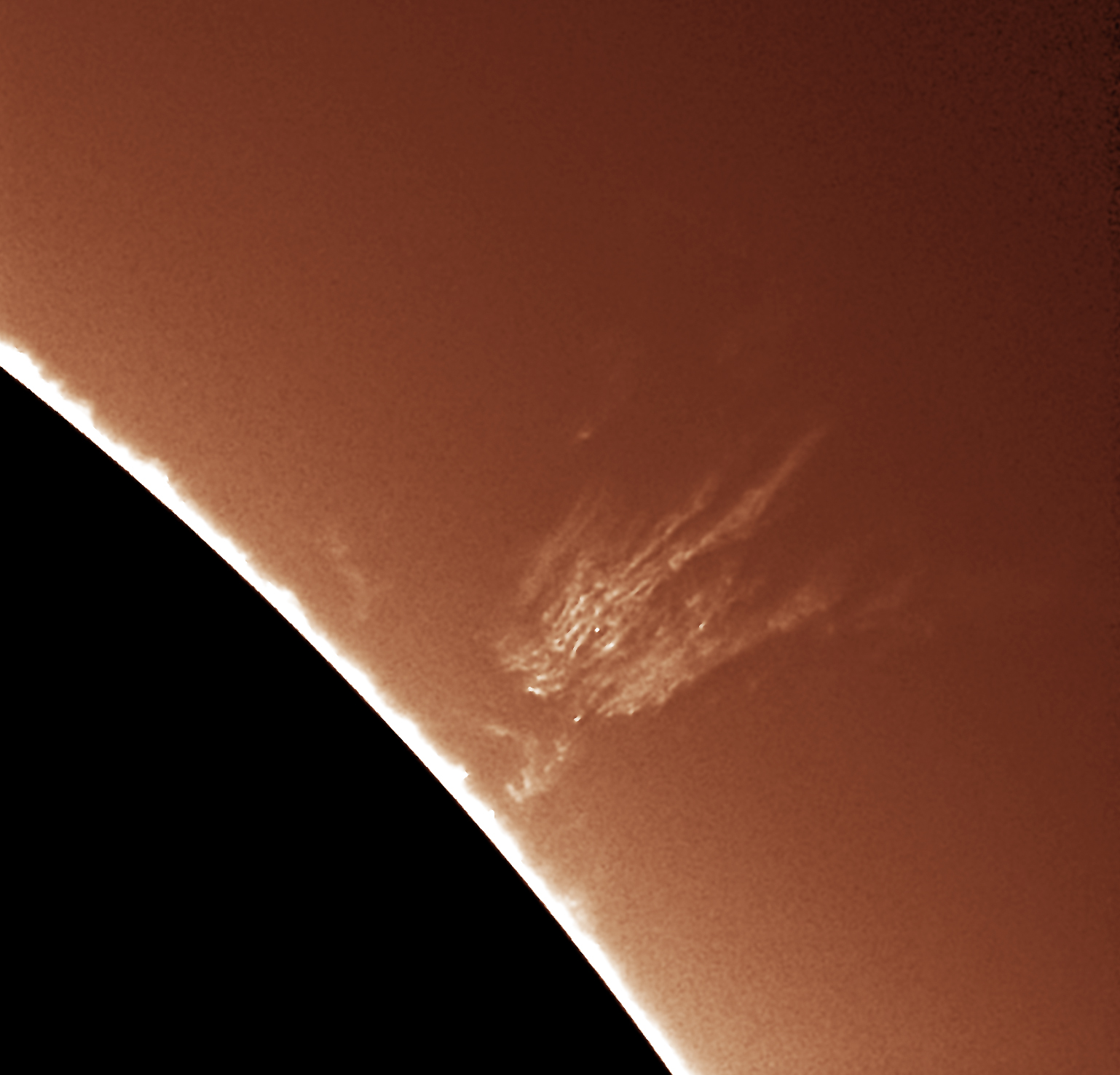 It was a spectacular prom today, so detailed. Thanks for captured the image. George
Top

Thanks for the comments and views.

I can't wait for more of these great proms.