For some time I am trying to doublestack two PST etalons. Here is more information about the adapter Gerd Neumann made for me and the older experiments:
viewtopic.php?f=9&t=25524&p=229597&hili ... ck#p229597

Two weeks ago the adapter arrived, today first try. Here are the different components of the current train: 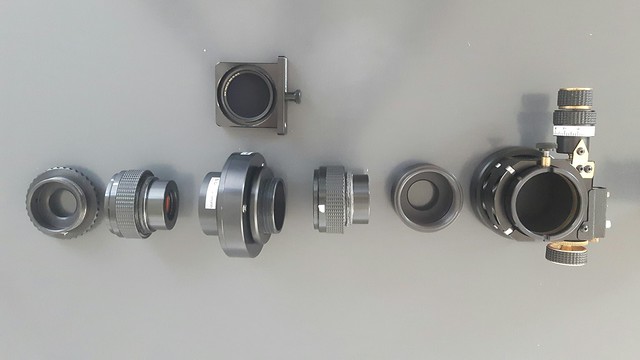 From left to right:

1) adapter SCT to front thread of etalon.
2) first etalon
3) Neumann filter drawer with the correct threads to couple both the etalons. On the back you can see a ring so I can mount the back etalon in every position I want it to be.
4) Above the drawer the circular polariser
5) second etalon
6) adapter from back thread etalon to sct
7) JMI EV1 SCT focuser

Here is how it looks when coupled: 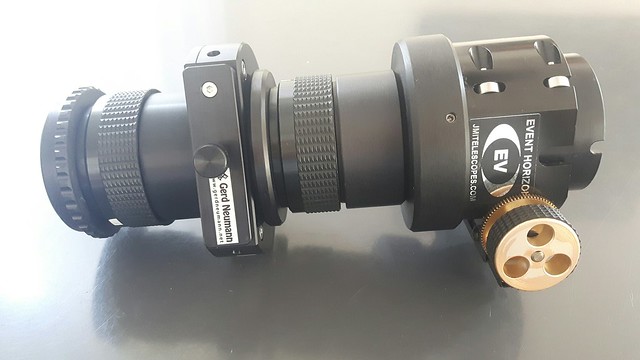 And attached to the Intes: 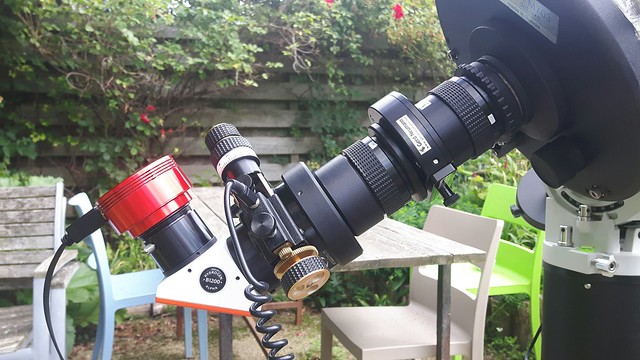 Seeing was terrible this morning, so try not to look at the quality of the image. 160mm D-erf on a 7 inch Intes Rumak. ASI290mm, UV/IR cut. No gamma, no gain, exposure 5 ms. Had to use a lot of LR and UM in IMPPG to get something out of it. 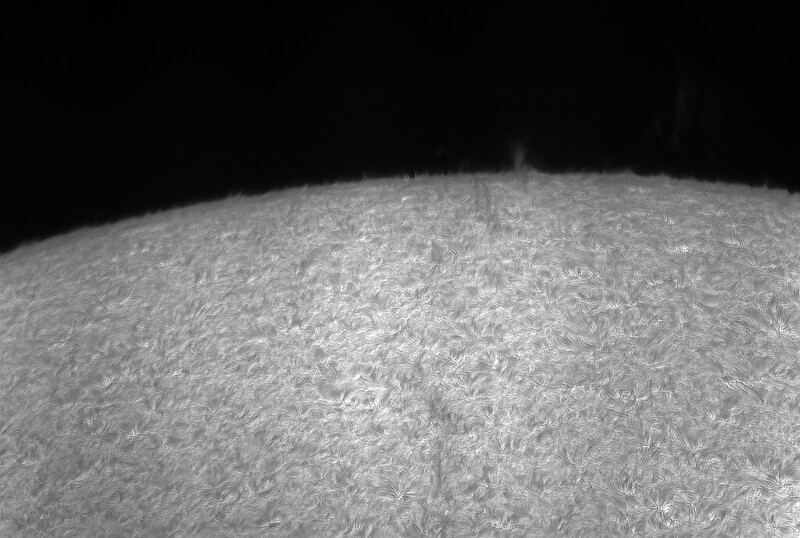 Thanks for looking! Bart.

ps. some reflected sunlight with the 9 inch Rumak and a 742nm filter on august 7, very early in the evening with the sun above the horizon. 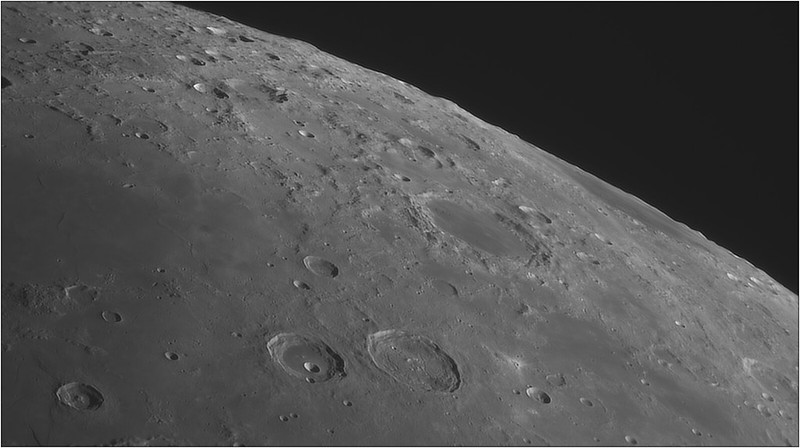 Thanks Franco, will post here how it evolves. CS! Bart.
Top

Good adaptors and good result. I pursued this method some years ago but gave up in the end because of uneven illumination.

The DS assembly looks good, and I'll be keeping an eye out for images as you refine it!!! The DS image shows lots of potential, and the lunar pic is tack sharp. Well done

Nice engineering, Bart. Looks great.
As Mark says, it can be tricky to achieve even illumination with two PST etalons. It’ll be interesting to see how this develops.

Thanks guys!
Starry Jack: it is a trade off between resolution and seeing. And if I could choose, I would choose a good seeing. And then image with a green or blue filter. (-;
Mark and Stu: problem of uneven illumination will be one of the biggest problems, will let you know if I find something to deal with it.
Top

As I've mentioned before - double stacking PST etalons isn't the easiest challenge to attempt.
I'm currently using the SM60/ED80 with a PST etalon as a double stack system, with good results.
(The SolarMax II DS is basically the same arrangement but with the RichView tuning)
"Astronomical Spectroscopy - The Final Frontier" - to boldly go where few amateurs have gone before
https://groups.io/g/astronomicalspectroscopy
http://astronomicalspectroscopy.com
"Astronomical Spectroscopy for Amateurs" and
"Imaging Sunlight - using a digital spectroheliograph" - Springer
Top
Post Reply
12 posts • Page 1 of 1