A short session yesterday (Aug 15th) which only gave time to collect a few FD images with the LS80T.

The first shot is a composite of separate disk and limb frames (limb inverted), showing the rather bland disk, but a nice prom on the NW limb: 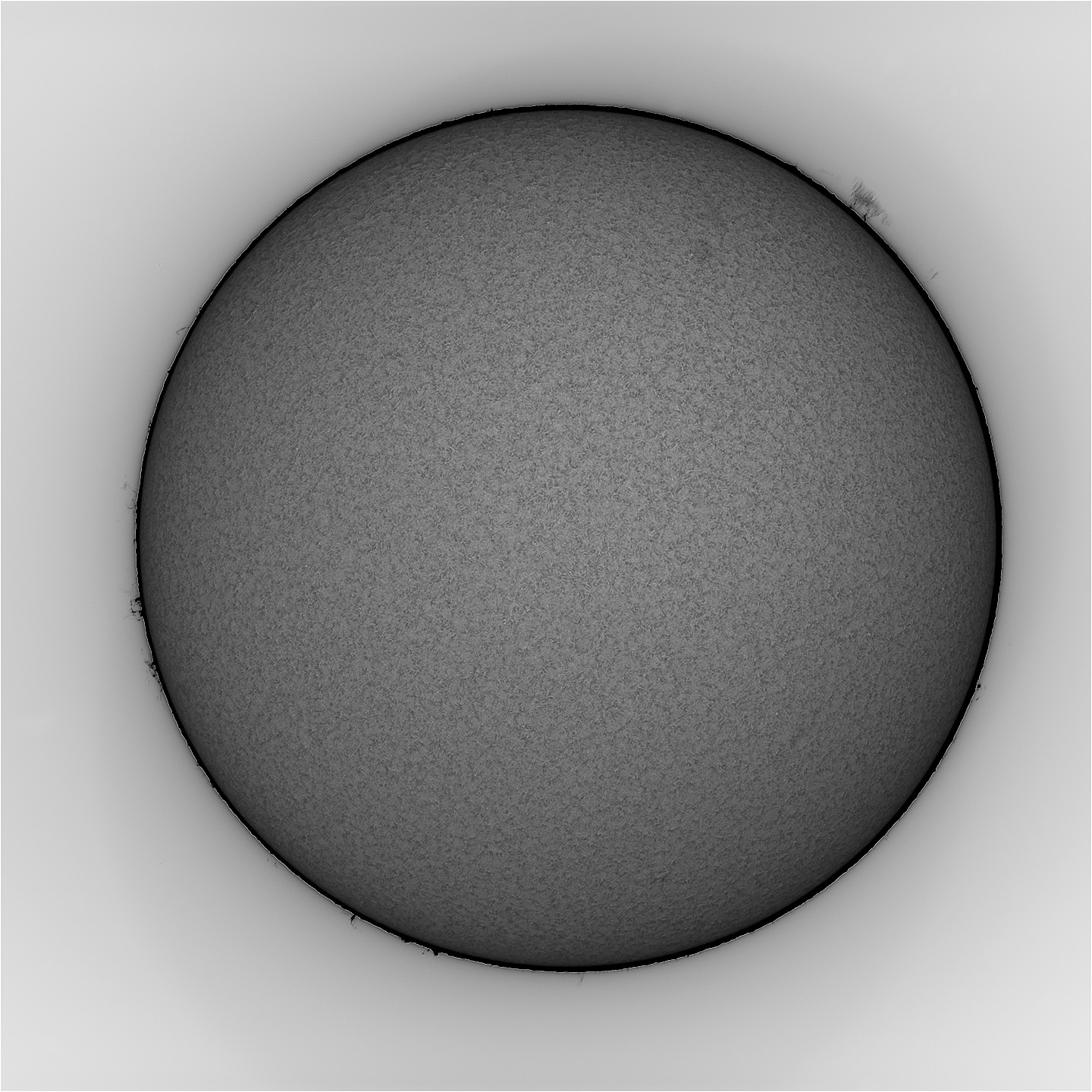 The second image was obtained as the first was, but with the LS75FHa etalon mounted on the front of the LS80T to double stack the system. A few small filaments on the NW and SW quadrants show a bit more in the DS image, but the prom isn't as sharp in the longer exposures used in the DS system: 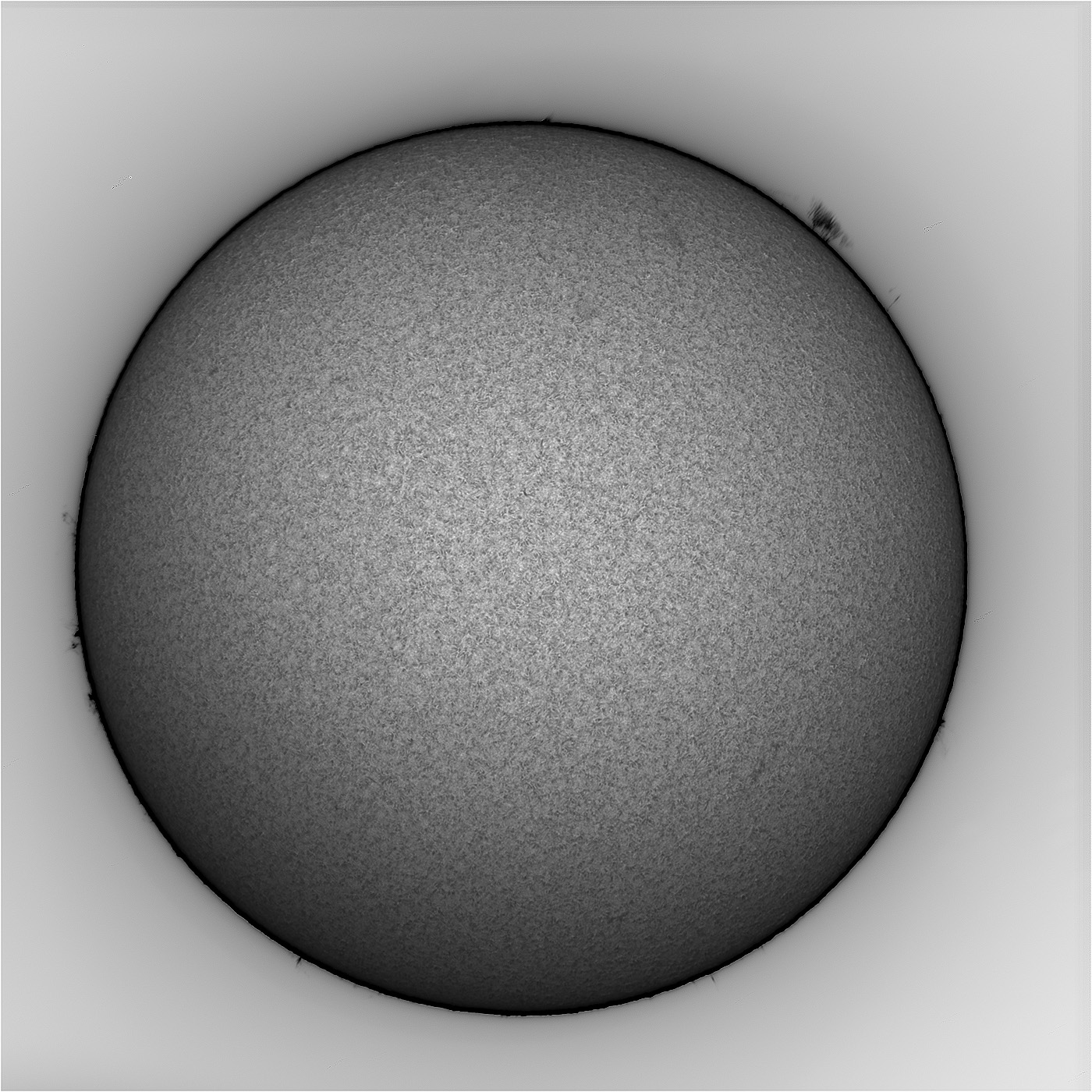 I wasn't able to pull any higher resolution images out of the nice prom...exposures became far too long and the seeing washed out the details

I'm hoping for some clear skies with better seeing on the weekend, but really need rain or crops are going to be toast soon

Nice disks there Brian, there's a few faint and diffuse filaments knocking around lately which you caught well. Been busy here lately with one thing or another, and, coupled with weather has left little time for imaging. Hoping to get a couple of disks in this weekend fingers crossed!

A chance of some Sun between weather systems here, so maybe, if I’m lucky, I’ll get a chance to image later today.

Thanks for your posts about the images. I was happy to get the finer details in the prom, but would have liked a bit more resolution.

Alexandra has told me about the constant rain in her part of the UK, hopefully it clears off for you all. On a positive note here, I awoke to rain and every drop is needed. So far it hasn't added up to a half inch which doesn't solve the drought problem!

Here are a couple of images taken the evening before the solar images.

Wheat harvest is 3-4 weeks behind normal here, but the dry weather is allowing harvest to proceed. I snapped this pic of my neighbor combining wheat just before sunset, a few solar photons went into producing this crop (sorry for the gluten component Alexandra): 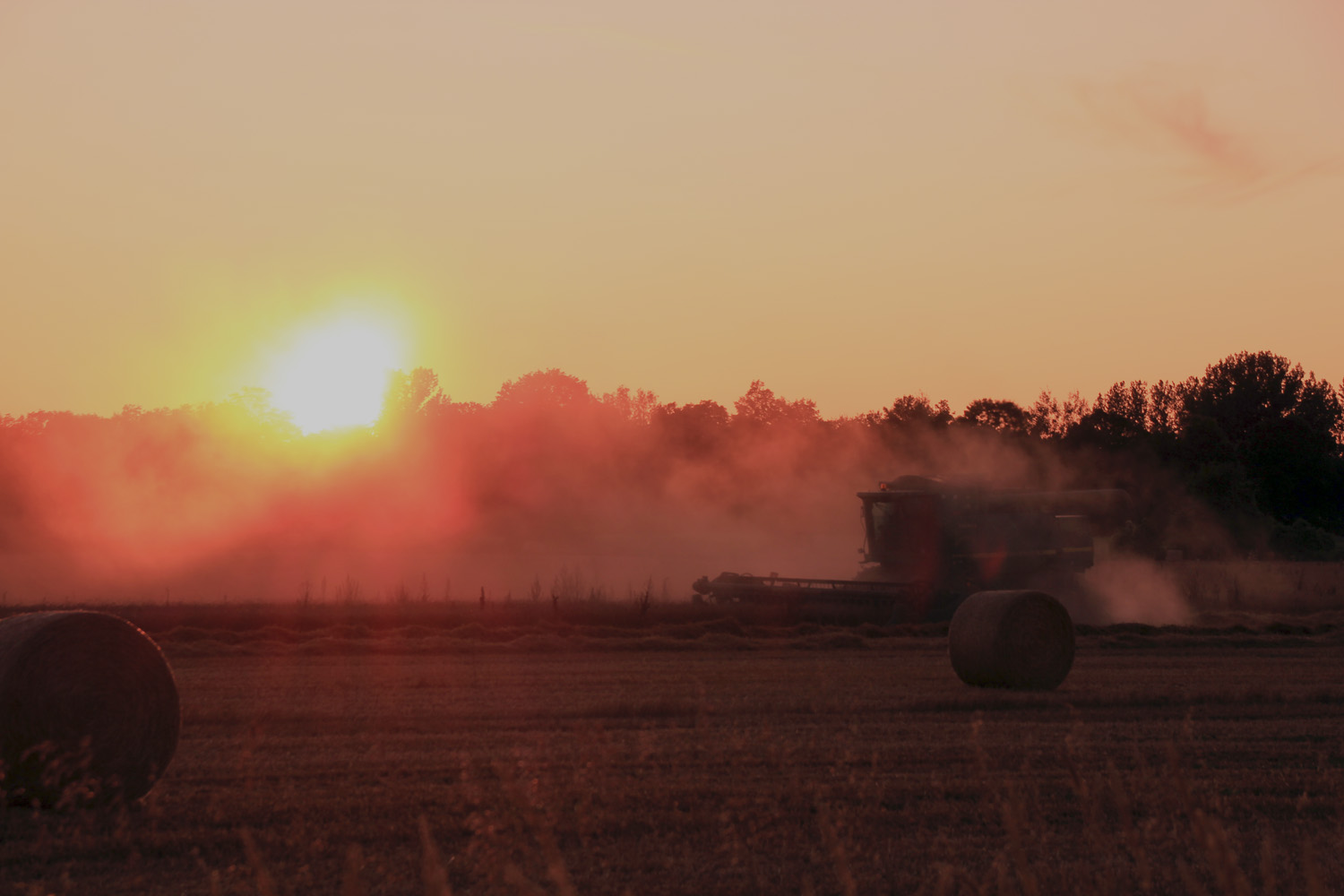 On the opposite horizon the full moon was rising: Brian, great looking disks and detailed feint proms from the LS80. Something for me to strive towards. Do you remember what the exposure times were?
Enjoyed the setting sun and moon shots as well.

It may have been a short session but you got some really nice images to show for it, Brian.

Thanks for the replies everyone...always appreciated

Phil. I will look up the exposure data in the morning.

Thanks for your comments Maurits

The exposure data for the images used in the two composites is detailed below. In both cases the base scope was the Lunt LS80THa/B1200Ha and a PGR camera using the ICX674 CCD chip, a ROI of 1400x1400 pixels, and stacked from the best 150 frames from a 500 frame SER file:

Let me know if you have any questions,
Brian
Brian Colville

Brian,
Thanks for the info! I have a similar camera and scope but not similar images. This should be helpful.

I really enjoyed these a lot

After a dire Friday, Saturday and Sunday weren't too bad, we had a fair bit of sunshine on Saturday afternoon but both days we had gale force winds. All my Sunflowers are at 45 degrees despite me trying to keep the canes upright. I must take some photos

Thanks to all for the replies and comments...they are always appreciated

Alexandra, I hope you can get the sunflowers standing or at least stabilized...they were very tall when we visited last month so its not surprising that the wind caught them