Coronado SolarMax II 60DS. 16x and 21.5x ( Ha )
I can see both AR12780 and AR12781. AR12780 in the NW shows a double plage. AR12781 on the southern longitudinal meridian in the south is easy with it's spots and large plage. I can see a filament within it. I can also see two easy filaments to it's southwest. I see only one prominence in doublestack. One in the NW. It has a filament just inward of it on the disc.

The mottles are of moderate contrast today and cover the disc except where the plages are present.


Orion 70mm Solar Telescope. 25x and 50x ( WL )
I can pick up 10 or so spots visually. The first and dominant spot is textbook perfect with it's umbra and penumbra. Three other spots show evidence of a penumbra but the umbrae are multiple or tattered. This makes counting the spots difficult. I cannot see the faculae at all. I can see nothing of AR12780 in white light. SDO shows a single pore there but poor seeing prevents me from seeing it. Poor seeing also prevents me from seeing the solar granulation. 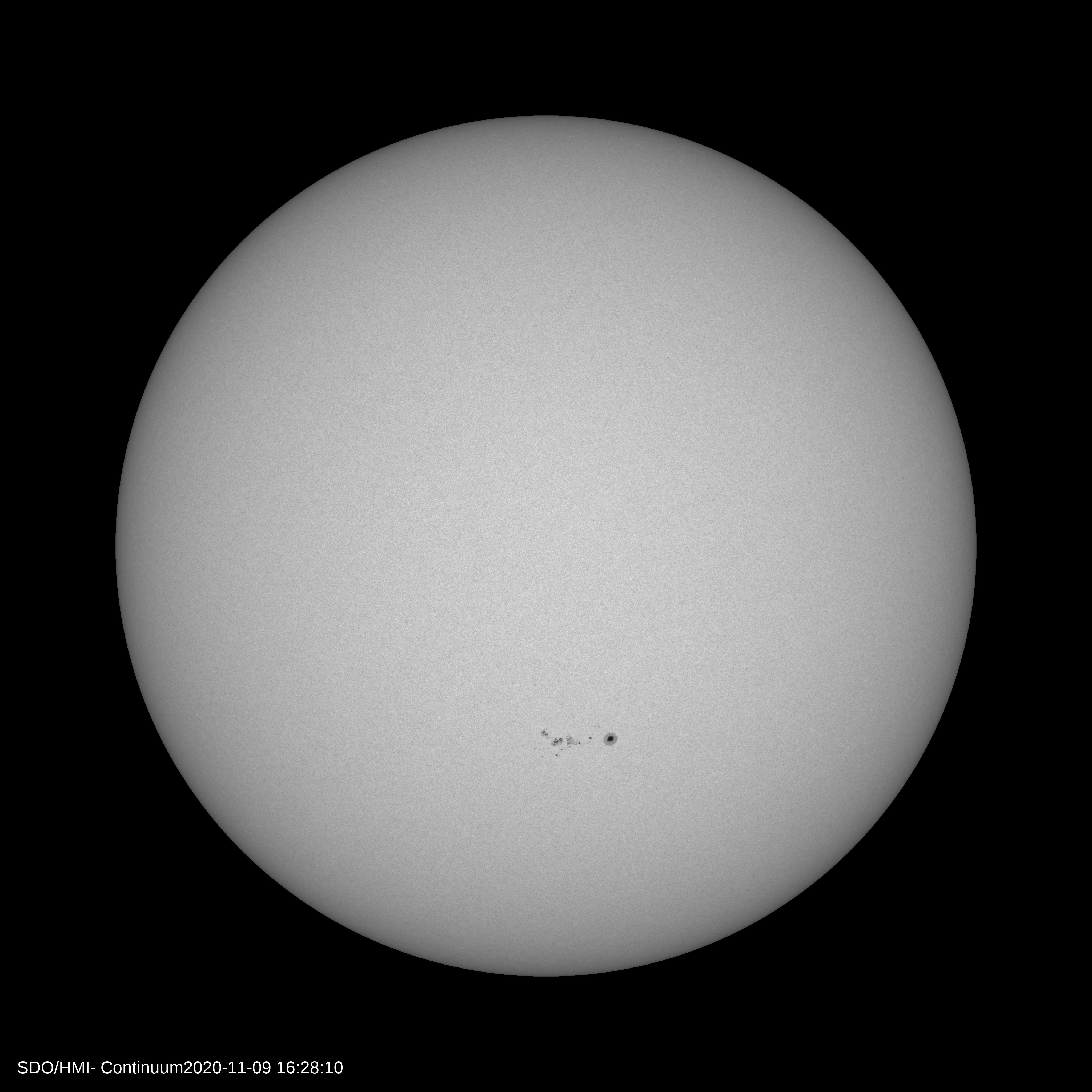 
I got this in the mail as I am typing this. 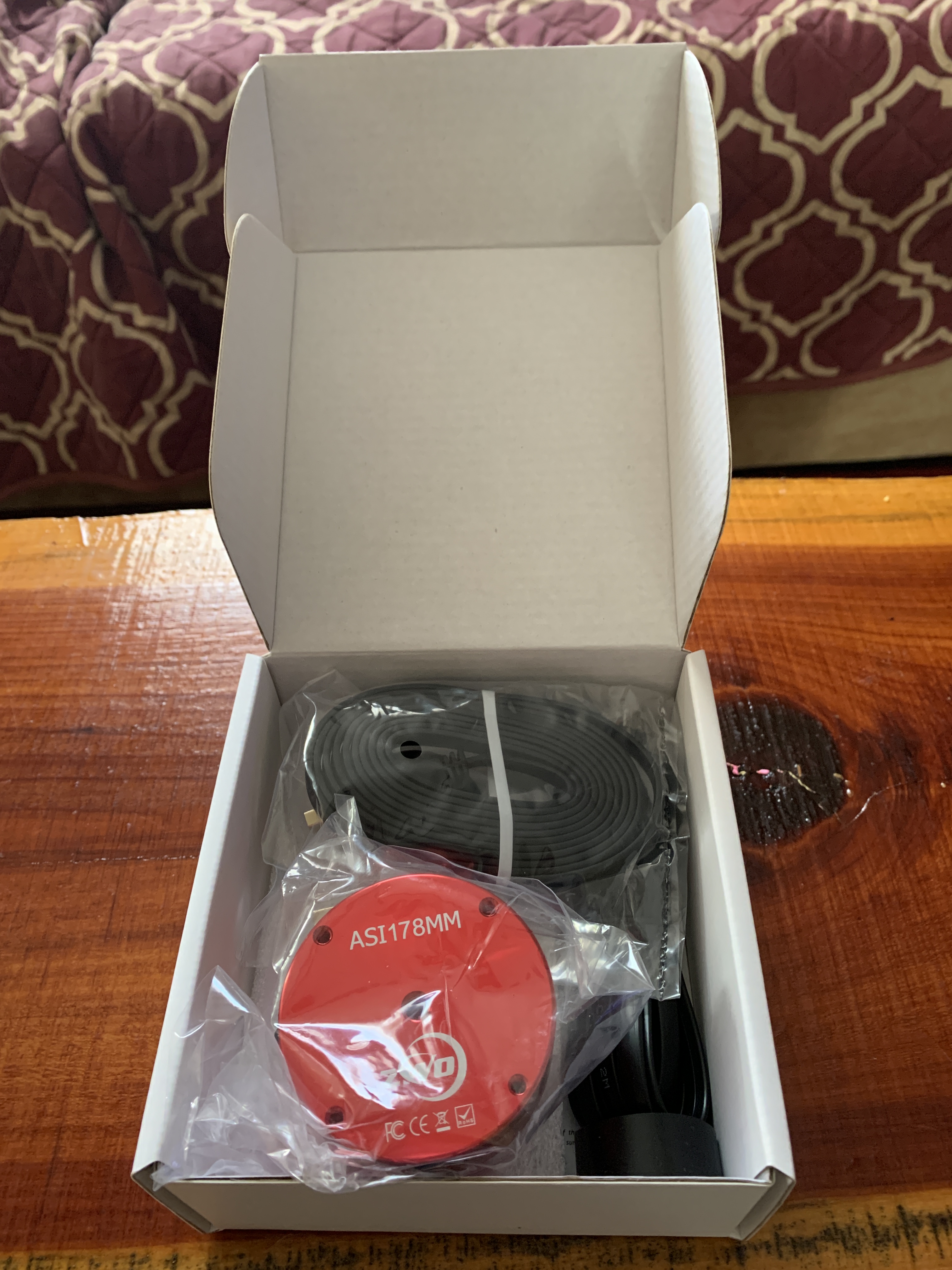 And so starts another adventure into the complete unknown! You'll have to imagine the X-Files theme at this point.

Rusted wrote: ↑
Mon Nov 09, 2020 9:07 pm
And so starts another adventure into the complete unknown! You'll have to imagine the X-Files theme at this point.

You are so right about that!

Indeed I am still in the learning-phase with my 178MM, so have fun James and I've got little Sun until January to play with as well...

I don’t really intend to replace my visual exploits with imaging but use imaging to support it, much like I use GONG and SDO now though they will remain valuable because they show me what’s going on beforehand. I could see imaging replacing descriptions though if I got good at this. Images can easily show more than what I can see and describe. Also I wanna be able to process images quickly and not take all day doing it. That’s too much like work and I lack the patience. Occasionally for an exceptionally good image it would be ok though.

DeepSolar64 wrote: ↑
Tue Nov 10, 2020 4:39 am
I don’t really intend to replace my visual exploits with imaging but use imaging to support it, much like I use GONG and SDO now though they will remain valuable because they show me what’s going on beforehand. I could see imaging replacing descriptions though if I got good at this. Images can easily show more than what I can see and describe. Also I wanna be able to process images quickly and not take all day doing it. That’s too much like work and I lack the patience. Occasionally for an exceptionally good image it would be ok though.

I was in your position only a short time ago.
I watched the YT imaging videos and had forgotten everything before they had even finished.

On the advice of an imaging expert I found the shortest possible video capture works for me.
I can usually get 500 frames onto my laptops SSD hard disk in under 3 seconds.
That's short enough for drift to be ignored. Too long and it still blurs? Then just capture fewer frames.

I am far too old for extended apprenticeships. My grey brain cells are falling out of my ears as I type this.
Mass production became my only mode of working. I often capture three videos per minute or many more.
It depends on the seeing. If it's good I keep capturing more at 500 frames each time.
Processing becomes so much easier with good seeing. It almost processes itself!

I have no idea how your new camera will perform on your intended H-a scope.
But why not start off practising with some white light imaging with a wedge?
Producing great images in white light is as demanding as H-a but easier to see on the screen.

Capture your short video in Mono8 in SharpCap. Then open the file in Autostakkert.
Stack a few images [number not %] out of your [say] 100-200 video frames, or whatever.
Short videos are good when you don't have drives.
Stacking only a few images is much quicker to process than doing lots.

If you can see detail after CLEARing the final red net on the Autostakkert screen move on to ImPPG.
Practice, practice & practice some more.

I was on the point of giving up imaging completely when I tried the highly recommended Firecapture.
So I dropped back to the more familiar SharpCap. Which soon becomes completely automatic. Look no hands!

ImPPG seemed so alien at first I was desperate for advice from anybody who knew what to do.
Their images were so wonderfully sharp and beautiful! While mine were all spotty, dark, soft and ugly.
I blame the adjustable boxes and their sliders on the left. They usually make my image hard and spotty.
So I simply stopped using them. The default settings work fine.

In the end it all became automatic. Dragging the cursors on the wiggly line around in the box became entertaining.
Rather than threatening. ImPPG is the most powerful weapon in our imaging arsenal.
It makes or breaks images. Aim for realism rather than maximum detail. It took me far too long to learnt that.

Practice processing when it is cloudy and you have lots of time.
Save your final image and then start all over again with exactly the same video.
See what changes work for you until they develop a pattern you can use. Compare final images.

In ImPPG drop the first cursor to the bottom of the box and move it gently to the right.
If things get too dark gently ease it back again. Or, move the top right cursor along until you get even lighting like a pencil drawing.
Later you will learn how to move the cursors gently up and down to achieve different effects.
Though it isn't actually necessary when you are still taking your first baby steps.

Above all, keep on trying! Keep on asking question if you get stuck.
We are all here to help. Even relative beginners like myself.

Thanks for your report, James. I’m sure you’ll get to grips with imaging very quickly.

Rusted,
What an encouraging post! Thank you very much. Imaging seems daunting to me and not having the ideal equipment ( a tracking mount ) makes it even more so. I will take your advice to heart. Is imPPG a part of SharpCap or an independent program?

What Rusted is explaining sounds very-good to me James.

Practicing is the answer. Patience too - is useful...

It is true that FireCapture is more daunting than SharpCap and as I have already used FC this last week, I quickly reverted to SC as so much easier, so I have to learn much about FC and its' apparent benefits.

I haven't tried ImPPG recently, as initially over the last month or so, I still find PaintShopPro does the bizz for me at least...

ImPPG is a stand-alone program as:- https://greatattractor.github.io/imppg You might well recognise "Great Attractor" on SolarChat.

At first, you can of course take single-frames which sample a time of only a fraction of a second to take, so that doesn't require a tracking-mount...

Ah yes. I remember him talking about imPPG on the Zoom chat a couple of weeks back.

Single frames. Now that should work with a manually driven alt-az mount.

Excellent report James, pity about the seeing though

soon you will have your own images supporting the observations. Getting your work flow sorted will take some time and effort, but once done and routines saved then processing shouldn't take more than 10 minutes.

I find Firecapture much easier to use than Sharpcap, I found Sharpcap very inflexible unless you pay for it, Firecapture has all the features and it is free

try them both and see which you feel most comfortable with. Always do the set up when you aren't solar imaging, get used to navigating the software during an evening and practice taking images just using camera and no telescope. Get used to the exposure slider, the gain and the gamma. Make a note of what is neutral settings before you start playing around (the settings the camera first opens with) or you will forget the default. Also make sure your capture save settings are set to the file area you want or you will lose all your files. We all have our own methods and all will be different, you need to do what suits you best, my workflow is here https://solarnutcase.livejournal.com/18572.html

Alexandra,
I really enjoyed reading your workflow. There's a lot to it but I can do this. I wish I would have bought the camera during the summer when I could set up on the back deck and had long observing times. This time of year the observing time is short and setup is in a much less ideal place.

Thanks for all of your advice. it is greatly appreciated.