Coronado SolarMax II 60 DS. 16x and 21.5x ( Ha )
Today poor seeing caused me to really have to work at it to see details. Everything was really soft. The only two things I could see fairly easily on the disc is the plage to AR12782 now entering the SW quadrant and a broken open-looped filament in the NE. Closer and more deliberant observations revealed more details. A new disturbance in the SE and two filaments SE of AR12782. I was also able with difficulty to pick up a filament NW of the new disturbance. Also another NW of AR12782 associated with a weak disturbance located there. I could not see the disturbance today. I can also see a small filament in the NW.

Surprisingly the prominences are not that hard to see, even in doublestack. Three decent ones in the NE with the northernmost one near the half-broken open loop filament. I can actually see two tiny proms above it! The fourth is a hedgerow below the emerging disturbance. GONG Cerro Tololo shows a couple of other small fainter ones elsewhere around the disc but I cannot see them.

The mottles are really soft today but visible covering the solar disc.


Orion 70mm Solar Telescope. 27.5x and 41.5x ( WL )
I can see a single spot and the faculae which corresponds to the disturbance seen in the SE in Ha. I can only barely see the dark spot in the middle that marks the umbra. SDO shows a light-bridged umbra. Seeing will not permit higher magnifications which would show it. I see no other details on the white-light disc. The granulation is rendered invisible by the seeing. 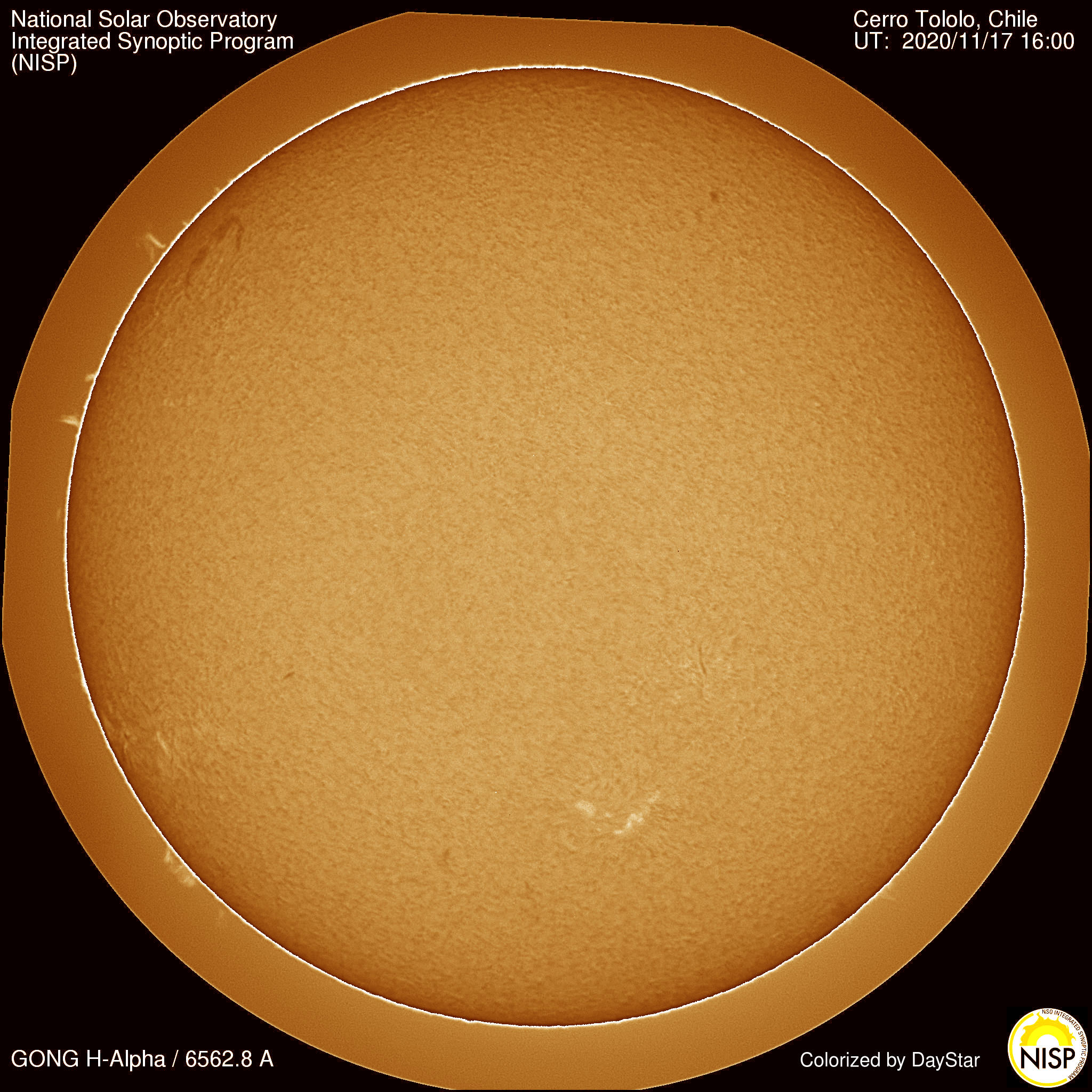 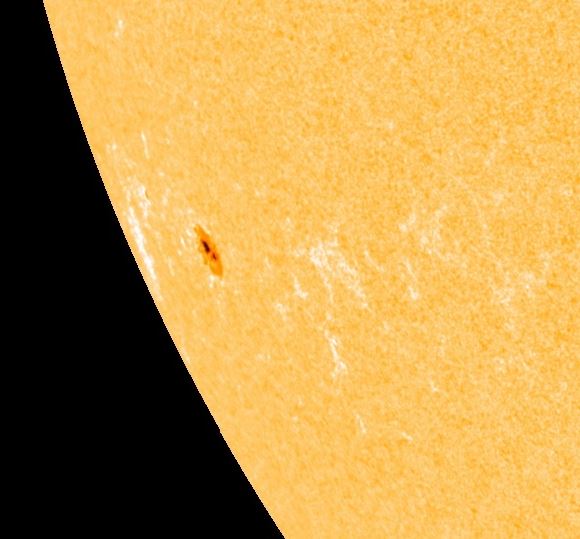 Very good. I am clouded out ince yesterday and for the region quite cold.

Thanks James for the latest.

Awaiting a clear-spell here for some R2 imagery.

Terry. You just need some D2 to go with it. Then you would have an R2D2 system!

Thanks James, just cloud and drizzle here today, one of my colleagues described it as 'fieldwork weather'.

I hope I get some clear skies over the weekend.

marktownley wrote: ↑
Tue Nov 17, 2020 10:39 pm
Thanks James, just cloud and drizzle here today, one of my colleagues described it as 'fieldwork weather'.

I hope I get some clear skies over the weekend.

What kind of “ fieldwork “?

Good to see your review James!

Good luck on clear skies. In your climate an observatory is a BIG plus!

The sort of weather on a geological field trip in the UK - wet, rainy, damp, windy. Basically weather only the determined go out in

I'm glad you are feeling better now though, sorry to hear you were sick

James:
Thanks, at my place it was clouded the 17th and today too.
Greetings,
Eric.

I'm glad you are feeling better now though, sorry to hear you were sick

Thank you Alexandra. I am just now really getting over it. I am glad it wasn't COVID-19!