Coronado SolarMax II 90 DS. 32x, 44.5x, 64x and 88.9x ( Ha )
I can see two active regions today. AR12782 in the SW and AR12783 in the SE. AR12782 shows a long faint plage with an even fainter part nearby. I see two filaments. One just south of the plage and another southeast of the AR complex. I see a long thin filament NW of AR12782. It's involved with another disturbance there I think but I see no trace of it but the filament. AR12783 shows much more detail. The spot can be seen easily, and I can even see the umbra-penumbra structures. I can see three filaments within the AR. The largest one on the western section of the plage is really easy. The other two, one being near the spot and the other between two bright back-to-back comma-shaped areas of plage are a bit harder to see but not difficult. The plage shapes are seen to change a bit during the hour of my session. I see three patches of filament south of AR12783.

The Coronado 90 shows all the prominences visually in singlestack that is shown in the GONG CerroTololo Ha image. This first prom I notice is a filaprom on the NE limb. It shows nice detail. The SE limb shows a line of fainter proms. The SW limb shows a decent one showing fair detail and the NW shows a slightly curving north thin spike-shaped prom.

The spicule mottling has nice contrast today and I can see the spicule layer on the limb easily. With a close look some of the individual spicule blades can be seen.


Celestron NexStar 102GT w/Altair wedge. 55x and 110x ( WL )
I can see the faculae to AR12782 in the SW but no spots or pores. I see one well structured spot in AR12783. Weirdly not shown on the SDO image I kept seeing a bit of light jutting into the spot's umbra during moments of better seeing. A light bridge or the beginning of one? Am I seeing something simply not there, looking too hard or am I picking up something SDO isn't which I find unlikely? I can also see some of the radial structure within the penumbra itself. The umbra has a " lumpy " oval shape. I see no pores nearby. The faculae to AR12783 is also easily seen. AR12783 is actually pretty big, oriented E-W. 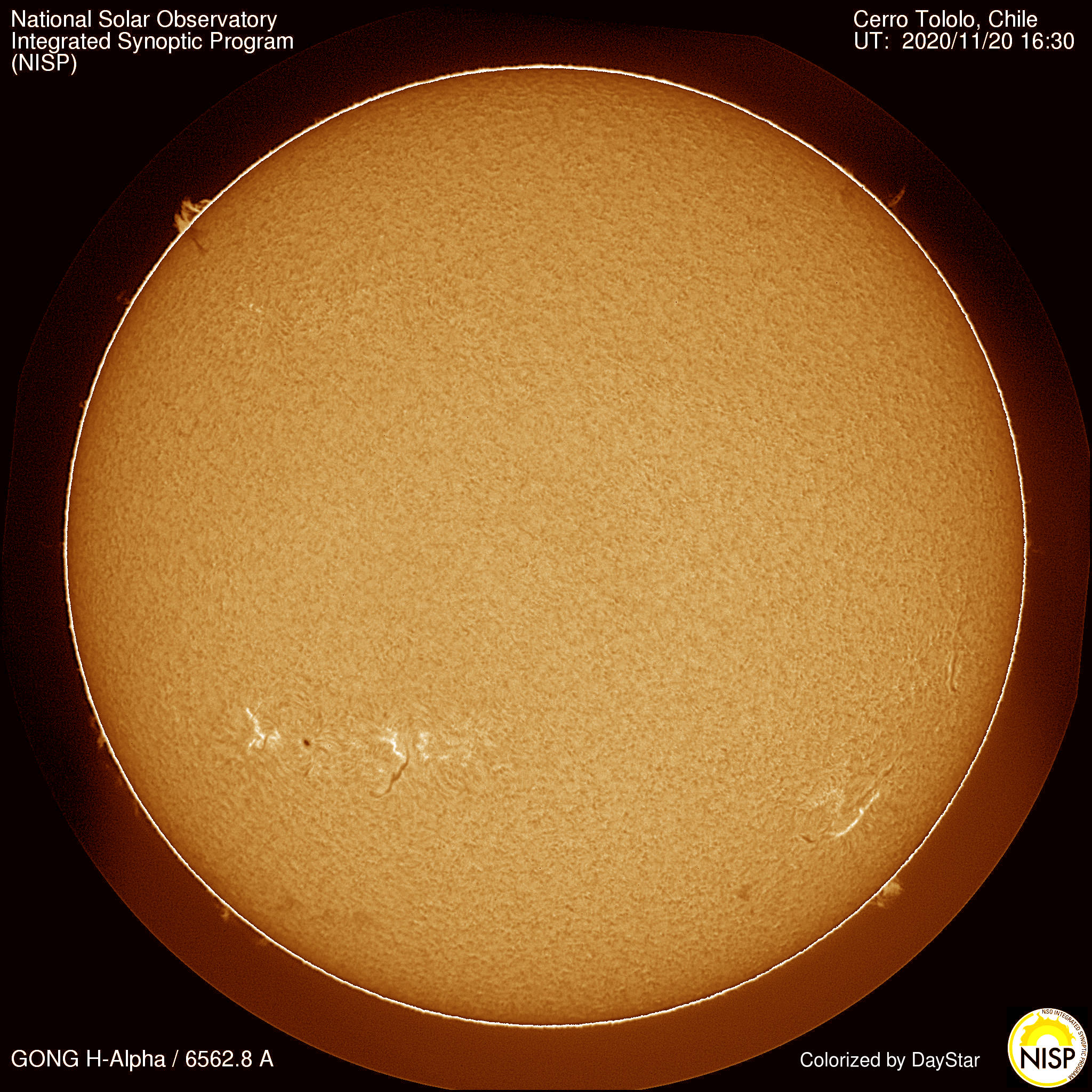 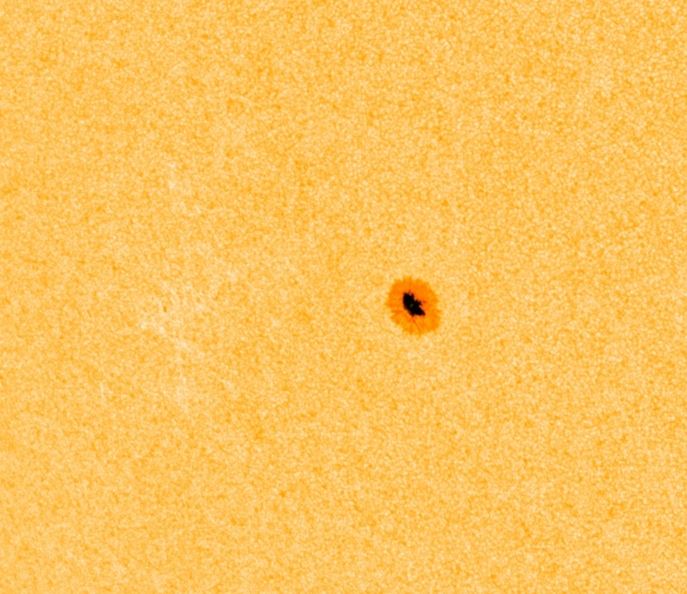 Thanks. Waiting here to get the Sun between the infamous Palm tree and my Observatory wall

James:
Thanks for the report, no Sun for me today.
Eric.

Good to see your reports, looks like clouds here for foreseeable future.

I hope I have given a decent view to all those here clouded out today.

That include me James, so not much else expected soon...

Thanks for your report, James.