I haven't seen the sky in weeks! Weather has been cold, winy, cloudy, rainy all December and into January which is just weird in Florida. It was too cold this morning, I'm a wimp, so I didn't get outside when the seeing was best despite having a clear day for the first time in many weeks. 14:00pm was when I went out and it was clear, but windy. Seeing was not good, but it was good enough to at least image. I started the afternoon just doing visual with the 60mm double stack with the kids, finally getting a day to go outside and not be cooped up with bad weather. We looked at the sun and the moon and seeing was ok visually to enjoy it and make out fine details in AR2797 and some neat prominences and some really big dark filaments around the active belt of cycle 25. The sunspot in AR2797 is interesting, already has a light bridge, not sure if it's been enough days to be the previous big spot just making a second transit or not, but it has neat activity coming out of its region with a big filament shaking off. I cracked open the observatory to chance imaging. Seeing was bad, was often bouncing around 2" to 3" but had brief moments of 1.5" which was "ok" enough for attempting imaging with a 100mm at 0.6"/pixel image scale. The seeing didn't fully support this, but it was passable enough. I didn't get much time so I just grabbed some data on the active region and surrounding area filaments and left it at that for imaging, we spent the rest of the time just doing visual and playing. 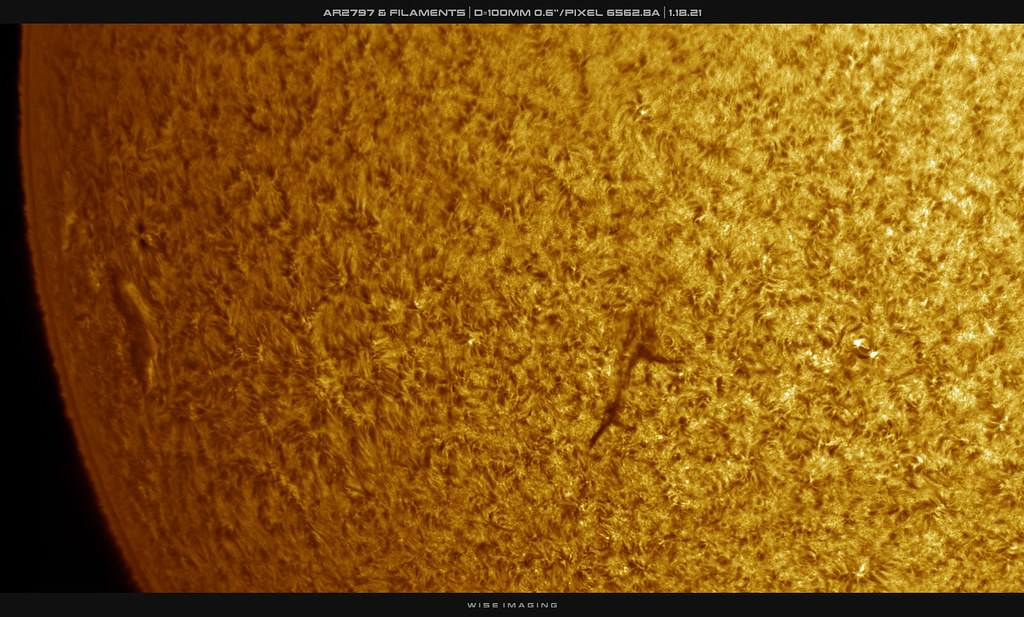 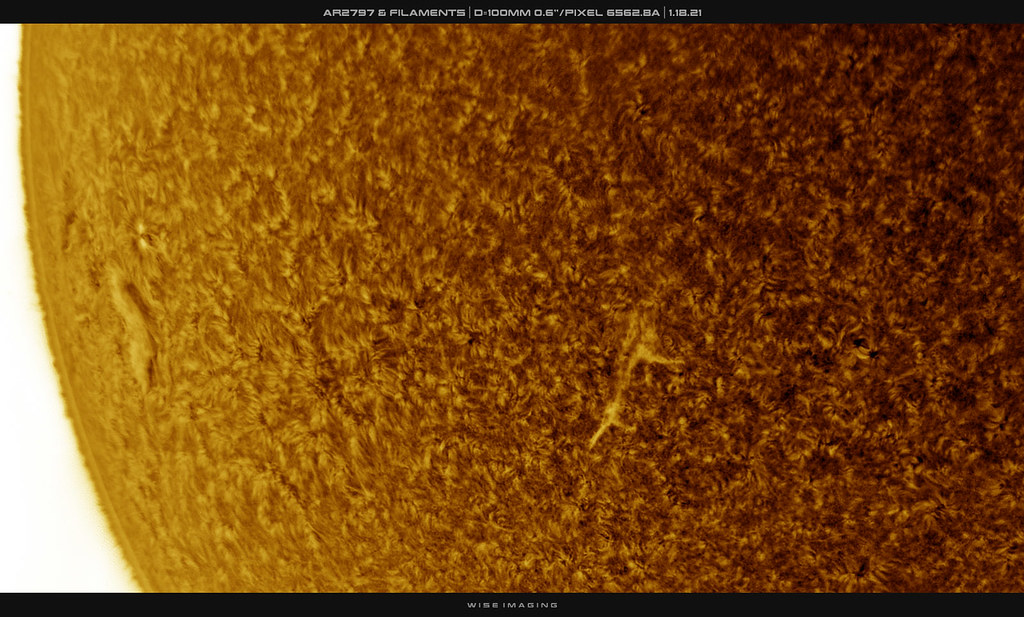 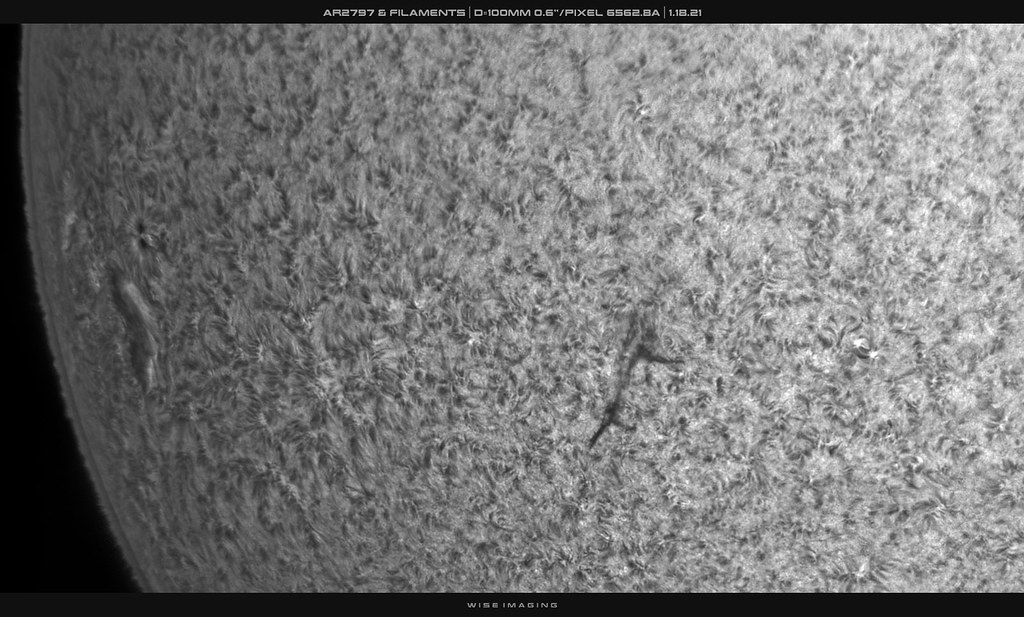 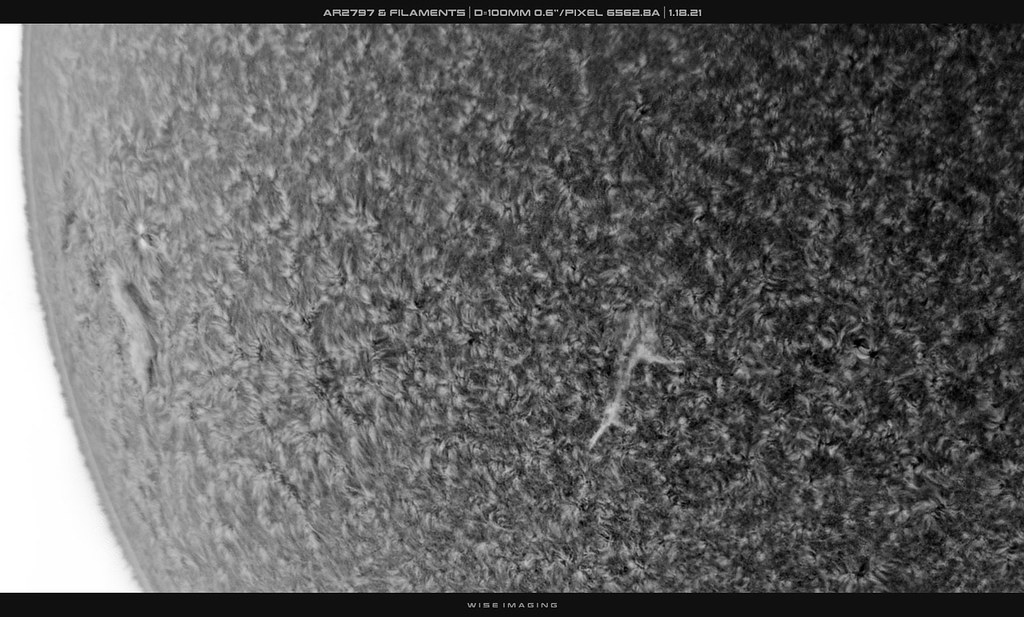 Seeing Conditions:
Brief moments were getting close to an arc-second, but it was mostly averaged closer to 1.6~1.8 arc-seconds. My afternoon seeing is poor compared to my morning seeing. 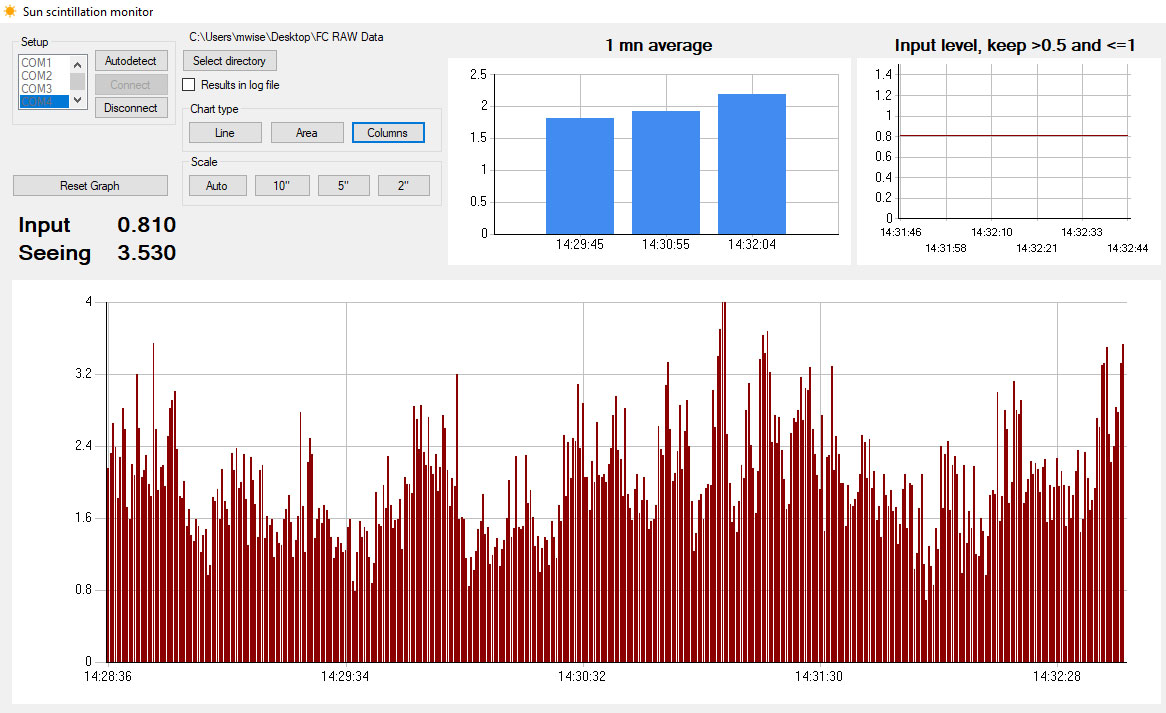 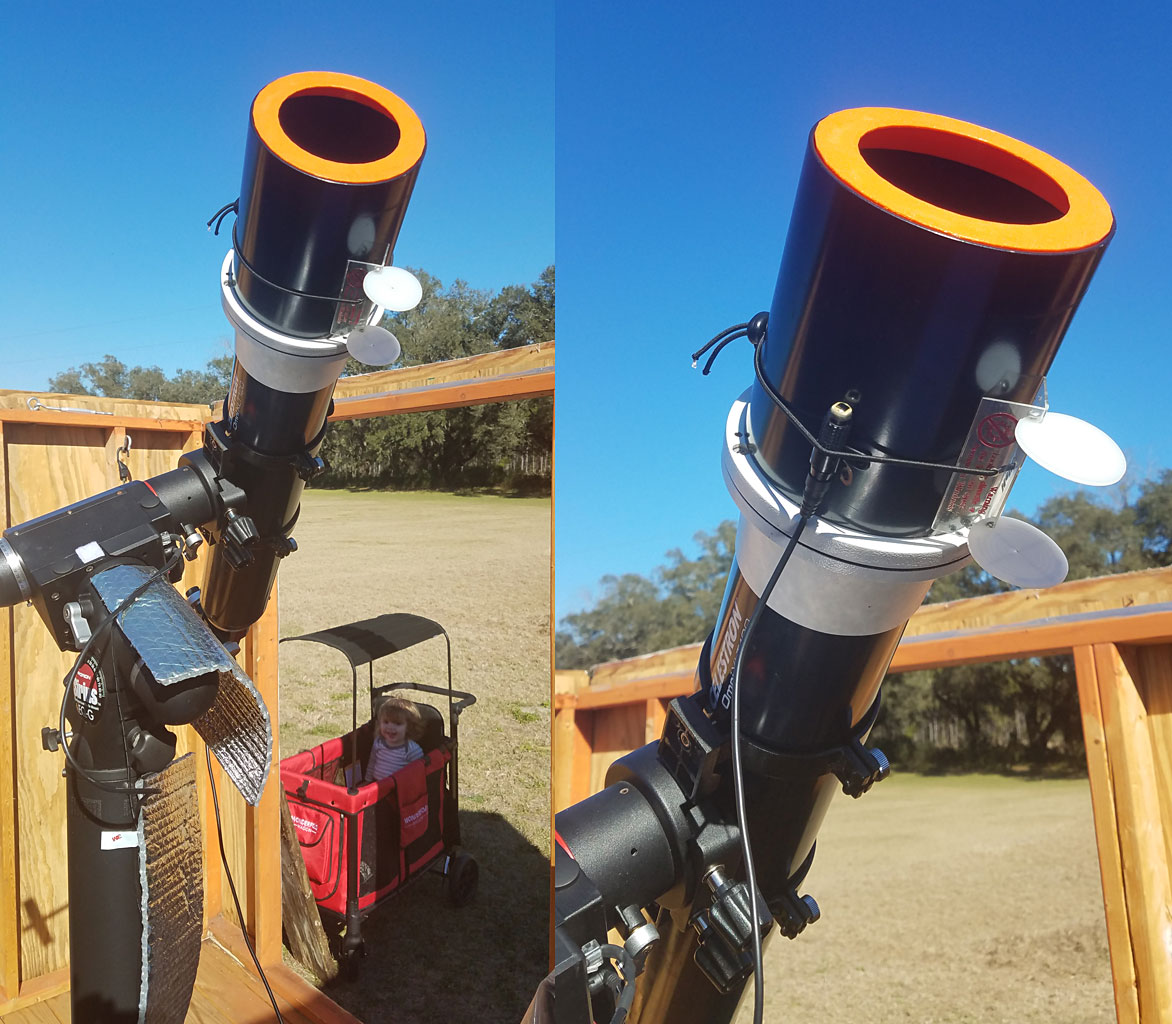 Glad you finally got some sun. Hopefully that sunspot is not breaking up and we all will get a shot at it.

Very nice Marty. It's nice to see your wonderful images again. And your little girl looks so cute smiling in the cart outside the observatory!

Well done Marty, these are great images and it must feel so good to be in the sunshine

it is sad though, as winter is usually your best time for imaging, hopefully it will continue to improve into spring.

Good results given the conditions Marty. Your bad seeing would be normal seeing for me