I LOVE finding out about different ways to appreciate the Sun and light in general. Use this forum to post your info or questions about various outside the mainstream ways to appreciate our life giving star!
Post Reply
2 posts • Page 1 of 1

One version of our "wide-field" SHG used a Canon 300mm f4 L IS lens as the "telescope". This didn't achieve as good results as I had hoped, despite it being a very high quality camera lens. Given that it has autofocus and image stabilisation built in, I hypothesised that perhaps it just had too many lens elements (I think there are 15) and that this might create some problems.


So instead, I went in the other direction and tried out a very cheap 300mm f5.6 generic vintage lens. This lens apparently has only 4 elements so in some way is more like a simple telescope. My initial experiments show that this simple cheap lens does seem to work a bit better than the expensive modern Canon lens. The cheap vintage lens is also considerably lighter (560 vs 1190 gm) and has a very nice built-in helical focuser, as well as a very convenient tripod adapter. 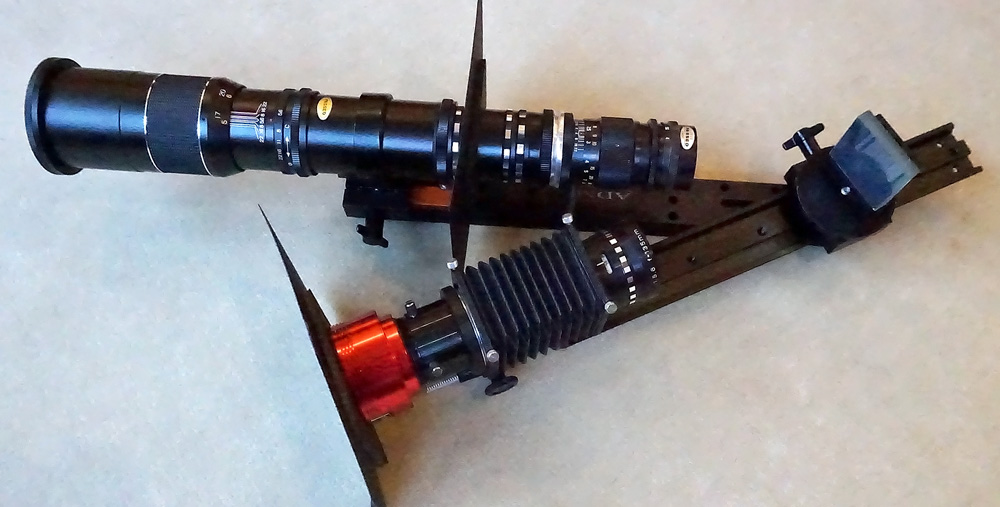 
The "telescope" is a 300mm f5.6 Prinz Galaxy, the collimator is a 100mm f4 Palinar (also a simple, cheap lens with a very nice helical focuser), and the camera lens is a Rodagon 135mm f5.6 enlarging lens mounted on a BPM bellows to enable focusing. The diffraction grating is a 50mm x 50mm 1800 l/mm ruled grating from Thorlabs and the slit is 20 micron wide and 3mm long, also from Thorlabs. 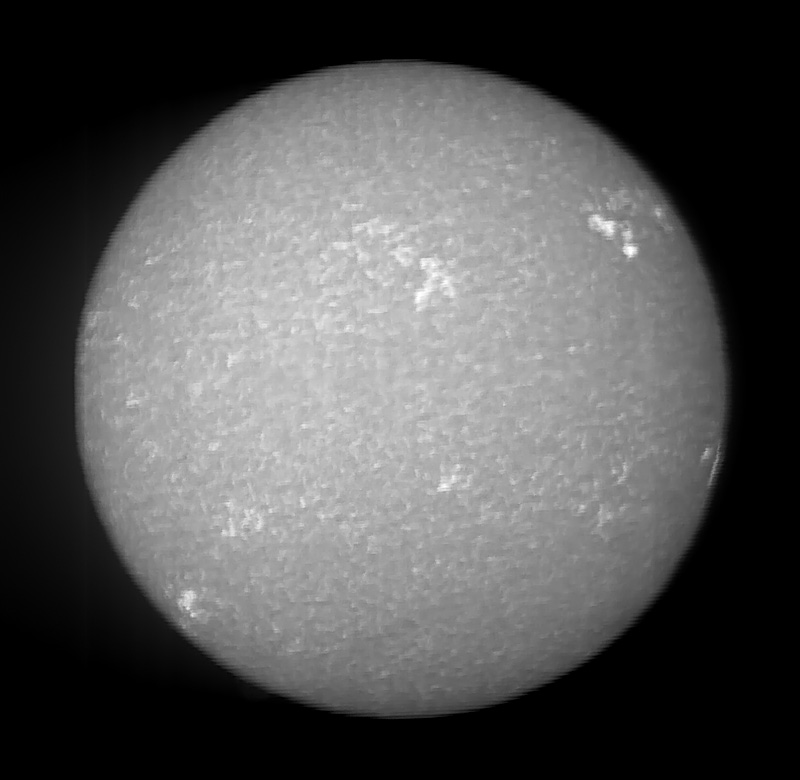 
The camera in this case was an ASI 290MM. A Hoya NDX4 neutral density filter was mounted in front of the 300mm lens. The image was taken at 4ms and gain of 22, with a scan speed of 25x (in DEC). This is a relatively low-resolution set-up but there is clear evidence of the filament in the southern hemisphere. This filament is only weakly visible in H-alpha and normally not visible at all in Calcium.

I was just going to say that I can clearly see the filament that Ken imaged in his post. Lovely work!!