Frankenscope? Let's see it!***be advised that NOTHING in this forum has been safety tested and you are reading and using these posts at your own peril. blah, blah, blah... dont mess around with your eyesight when it comes to solar astronomy. Use appropriate filtration at all times...
Post Reply
31 posts

Bob Yoesle wrote: ↑Sun Jun 06, 2021 5:02 am Can't get actual proprietary data for the lens system, but appears he can get spec from Synta for their optical designs to re-space for CaK.

Makes me wonder, couldn't one just dismantle the objective, check its 4 surfaces with a spherometer, plop the data into some optics modelling software and find the best spacing to minimize the spherical aberration?

Sure - but we don't need to know the full characteristics, just the index of refraction at the CaK wavelength. E.g., with a violet light source, two pinholes to create a thin beam, and measuring the resulting beam offset after refraction... or something like that.

The spacing mod on the lens: 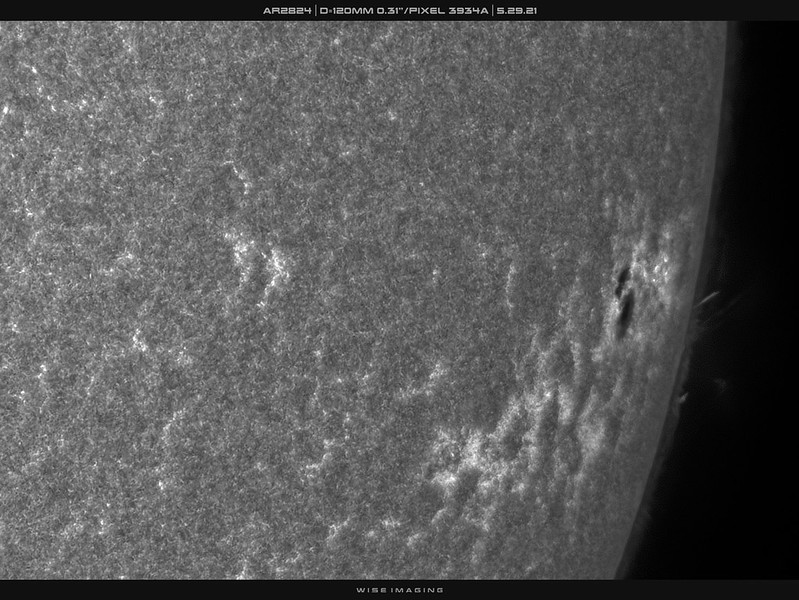 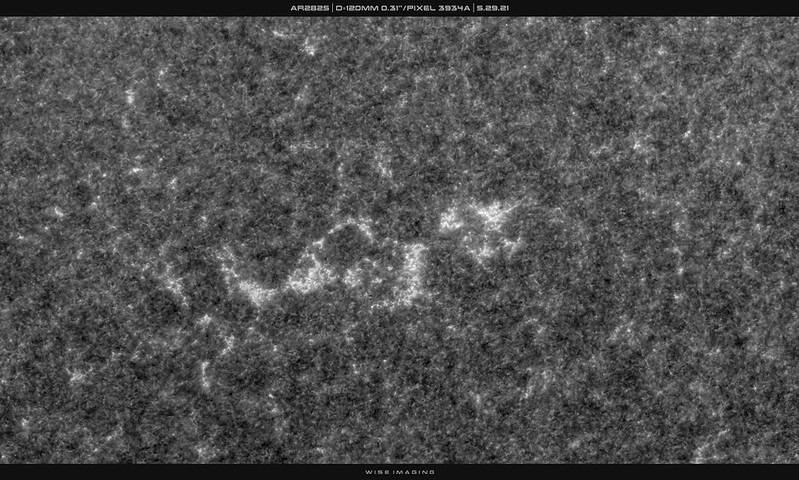 The mod with a 1.94mm ring between the lenses: 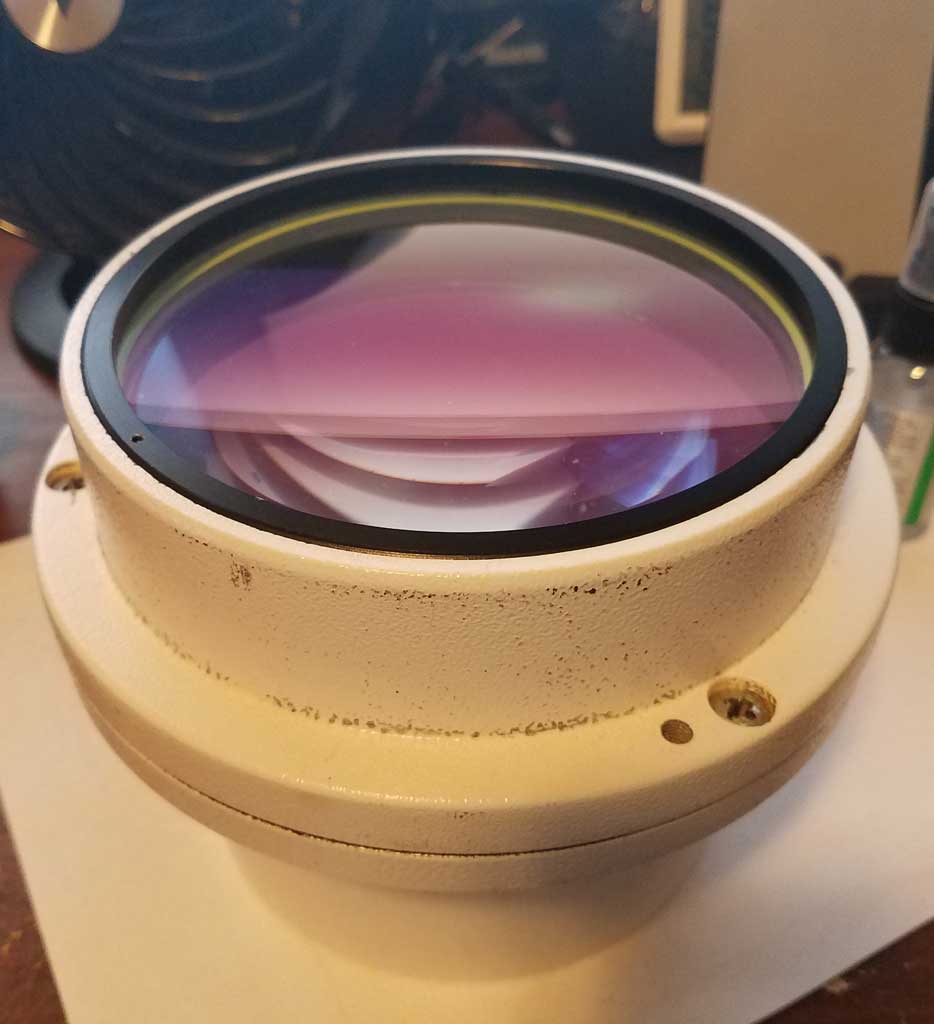 Update on the synta 120mm F8.3 lens (the common lens found in scopes like the Celestron Omni XLT 120 OTA). I respaced the air gap to 1.94mm as advised by Mike Jones. I had bad weather the past few days, lots of storms, but this morning have be a small window between clouds and good enough seeing to explore the diffraction limited image scales of the system. I masked it to 100mm F10 for the moderate resolution scales, needing around 1 arc-second (0.8~0.9 arc-second ideally) to sample its resolution best, the image scale is 0.37"/pixel with a 1.62x amplifier (F16.2) and 2.9um pixels of the IMX290 sensor. For the full disc, I masked the same refractor to 60mm F16.7 and used an IMX253 sensor's 3.45um pixels for CaK and used 395nm for a photosphere disc as well. Imaged earlier in this thread of the re-spacing of the lens. 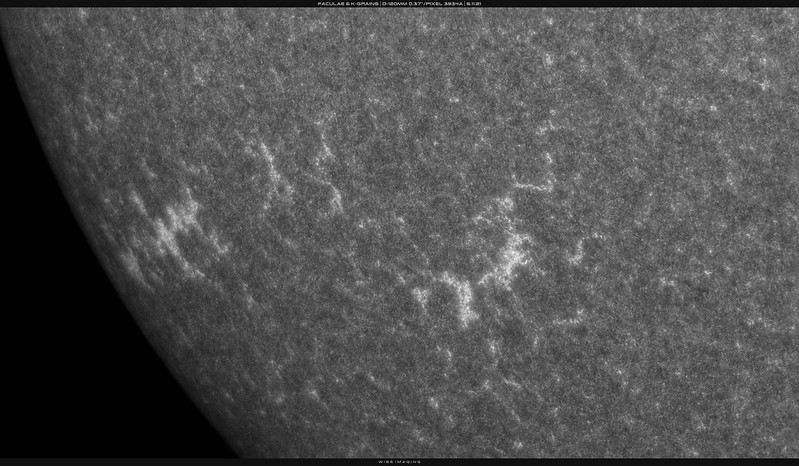 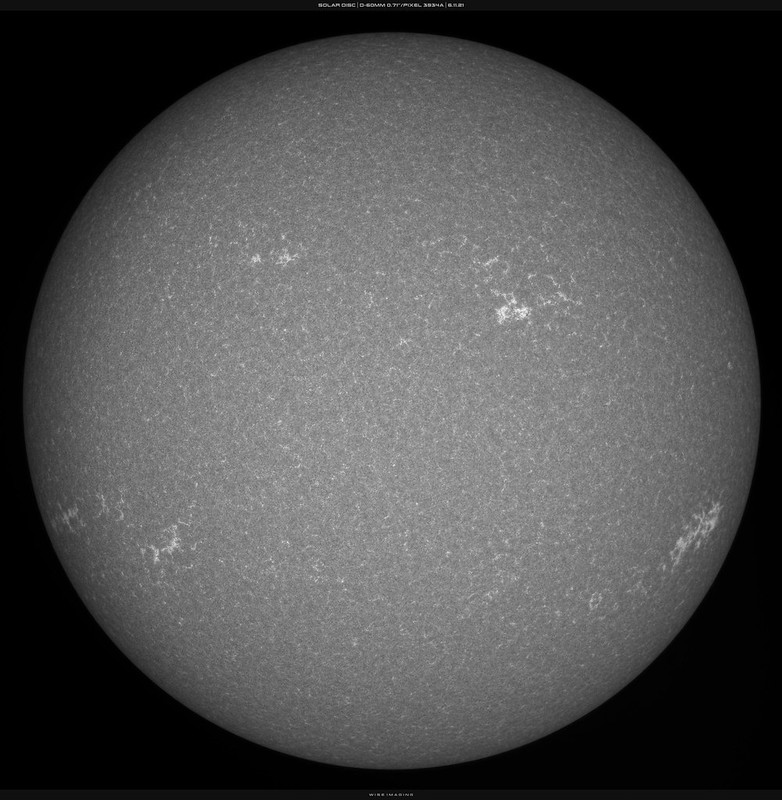 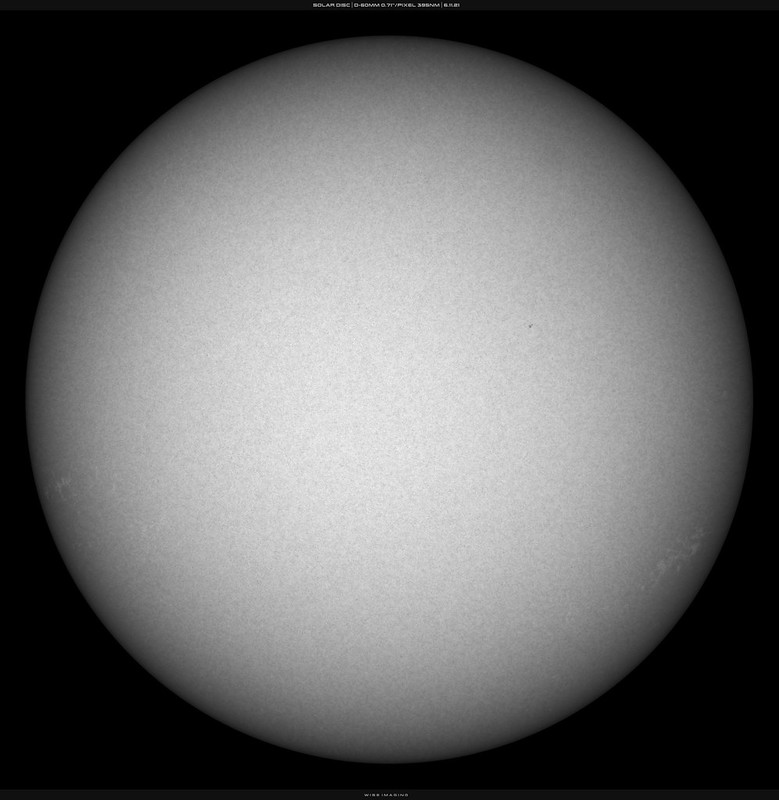 It was cloudy, so my graph is bad, shows the cloud gaps, peaks were sub-arc-second, so I was within the realm of being able to assess diffraction limited of 100mm at near critical sampling. 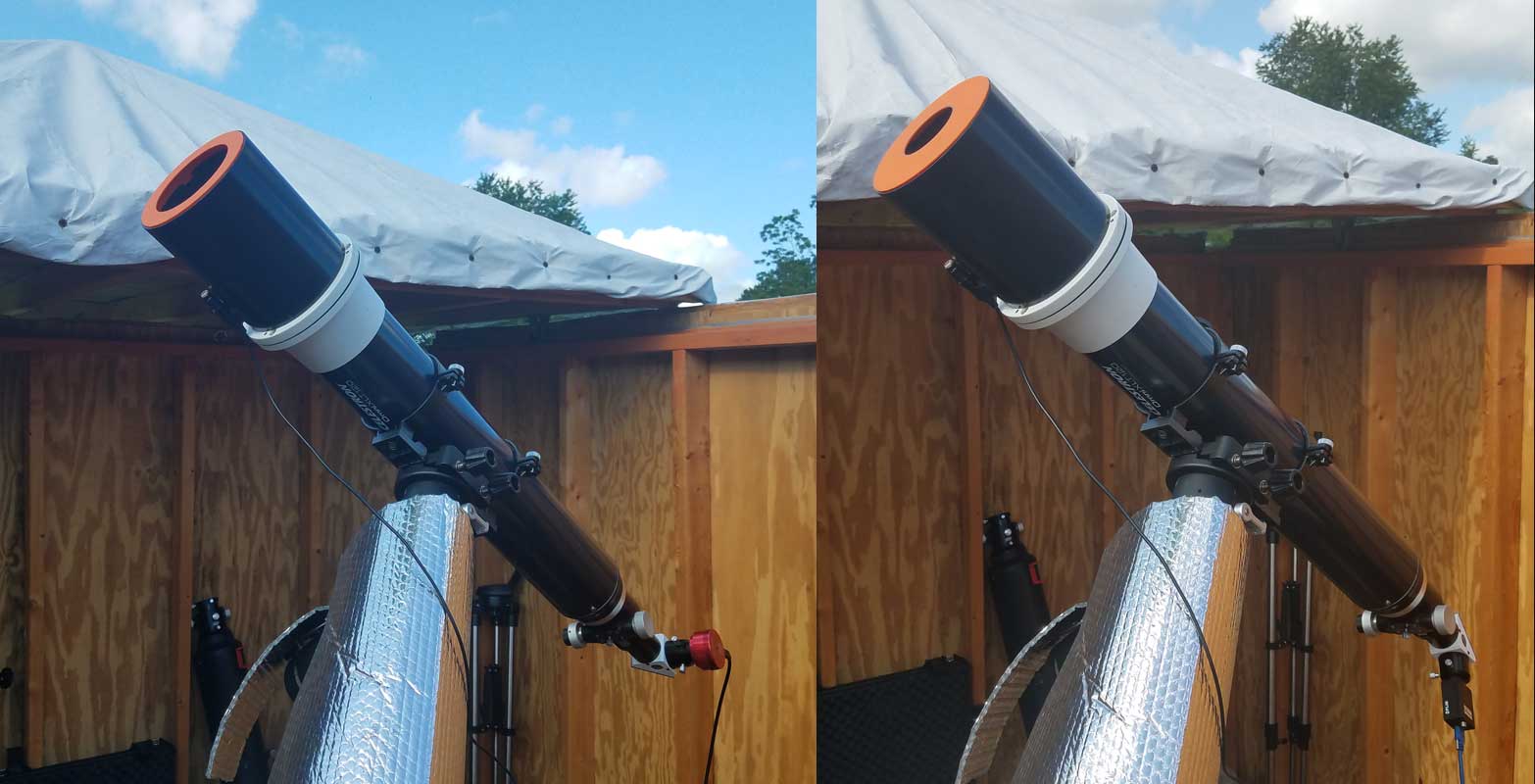 Both the C6R & Omni XLT 120 are good for this. The spacing tested so far seems to work well and is a significant improvement over stock air-gap spacing at least on these two lenses. I opted to move to the Synta 120mm F8.3 lens because I can keep my C6R for red and green wavelength imaging. The Synta 120 F8.3 allows me to operate at 120mm for high res imaging (needing 0.8~0.9 arc-seconds to really benefit, better is better of course), but also mask it down to 60mm and do a full disc with naturally long focal-ratio with a bigger sensor, so this works for me to have both moderate to high res and full disc imaging on this scope optimal for near UV wavelengths and leave my C6R for longer wavelengths. Both are inexpensive lenses and this re-spacing is such an easy to do modification and inexpensive to perform to get diffraction limited results. The 120/8.3 is of course easier for most to mount and masking it to 100mm F10 or 80mm F12 makes it a much more realistic solution for anyone in worser seeing conditions more commonly.

So the next step is to find a common barlow/amplifier that is affordable for anyone that shows best results in near UV as well. Or to figure out if we actually need one in the first place, or if the common ones are actually good enough?

Ideally, a natively long focal-ratio is ideal; no other options to cause problems. But that gets impractical in the 100mm~120mm range trying to get to F16~F18. It works fine for smaller apertures, but for larger apertures basically we are still bound to using a barlow/amplifier/extender of some kind.

For my last few images in here with the re-spaced C6R and re-spaced Omni XLT 120, I used the ultra common GSO shorty 1.25" 2x barlow, and took the lens cell off the barlow and threaded it directly to my camera's 1.25" nose. This is a $20 barlow. I'm sure it's not ideal for this. But it seems to at least be holding up here. When threaded to the nose of the camera, this particular 2x barlow (like many of these 2x shorties) acts more like a 1.5x. I measured a structure with it as a 2x and as the cell on my camera nose and I found it to be more approximately a 1.62x power barlow based on image scale difference when I pixel measured a structure with the same scope and camera and only altered the barlow itself for use. While Baader has a diffraction limited near UV telecentric that is ideal, it's quite costly. Judging from the results I've gotten so far, I think its possible to still get acceptable quality from these cheaper barlows, but maybe we could find something better for this task? Mainly interested in finding things that will work at 1.5x, 1.6x, 1.8x basically (1.8 being the most for me, as I don't need to go past F18).

Next step - a motorized cell for smooth respacing with live view verification! (if people can build Newtonians with motorized mirror cells for collimation...).