I present my latest (and probably final) 90 mm H-alpha mod. I wanted the sweetspot to comfortably cover my 1/3" sensor (ICX445), as it does with my Lunt 50 and a 2x Barlow in the camera's nosepiece (1.6x effective). Since in the collimated beam arrangement the sweetspot's linear size depends only on the final positive lens f.l. (including any Barlows), I wanted the donor scope to closely match the Lunt's f/7, so that with the Barlow I get a similar sampling rate relative to aperture, which seems to be optimal for 3.75 µm pixels. This translates to ~f/11.2.

Luckily I found Celestron SkyScout Scope 90 (http://www.teleskop-express.de/shop/pro ... Scout.html) – f/7.33, inexpensive, compact, light-weight and well-made. TS would not sell me just the OTA, but the tripod w/head turned out to be pretty good, will be useful.

The mod turned out to be completely non-destructive, the donor has enough back-focus. In order to find the precise position for Lunt's etalon assembly, I first focused Lunt OTA+etalon asm.+camera (without the blocking filter) on a distant terrestrial target, then removed etalon asm.+camera (still connected) and held them carefully behind the donor OTA (also pointed at a distant object). With this combination in one hand, a ruler in another, and looking at the live video from camera, I was able to find the correct distance to less than 2 mm accuracy. The extension tube which connects to the adapter (see pictures below) has female M68x1 threads on both sides (2 mm thick walls). In my case, it is exactly 49 mm long. I don't know if Lunt 50's collimating f.l. is consistent, so the tube's length should be probably measured individually in each case (as outlined above).

The 90 mm Baader D-ERF is mounted in a cell machined from polyamide. There's some wiggle room between cell's collar and the donors lens cell, so it can be tilted before securing with screws: I got a Coronado BF15 converted to straight-through configuration to supplement my B600 (as B600 is vignetting noticeably on a 1/3" sensor with the longer donor f.l.). I'll be using BF15 for surface shots, as it is a few times darker than the B600, so exposure on fainter prominences would become uncomfortably long. B600 is still good for proms, as some slight vignetting doesn't matter much there. 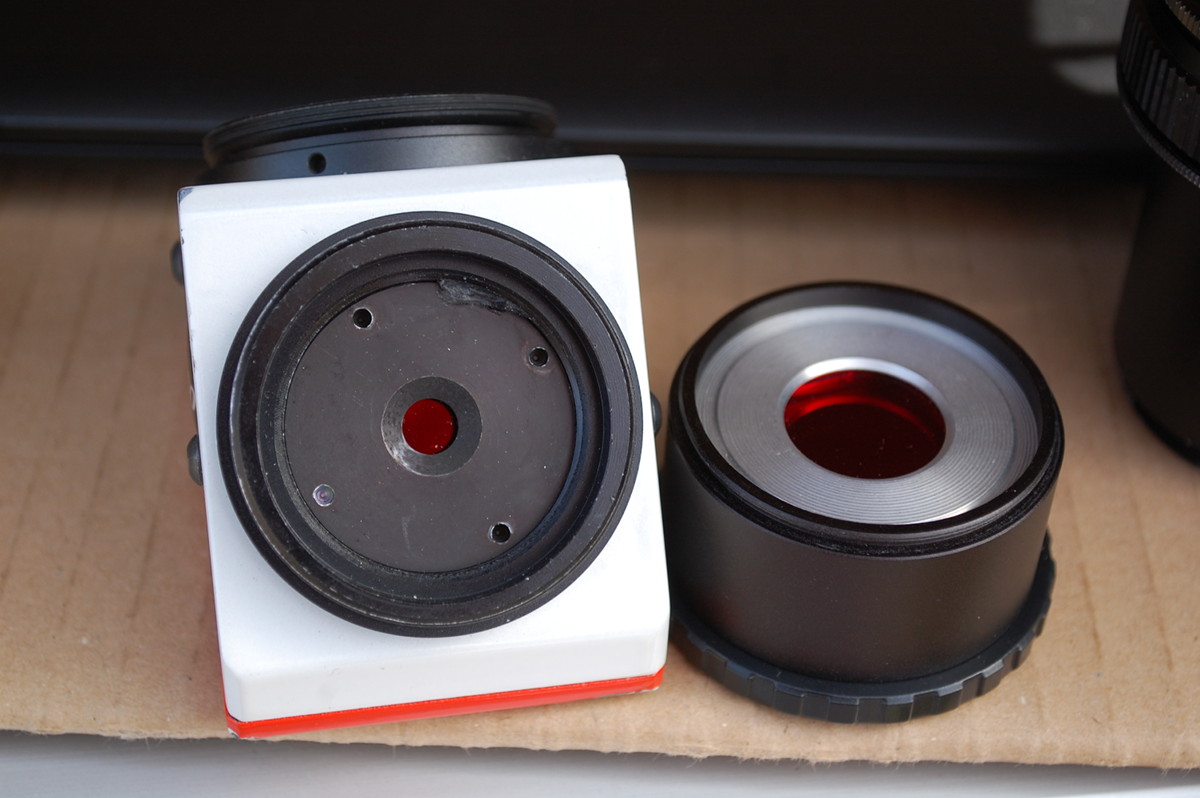 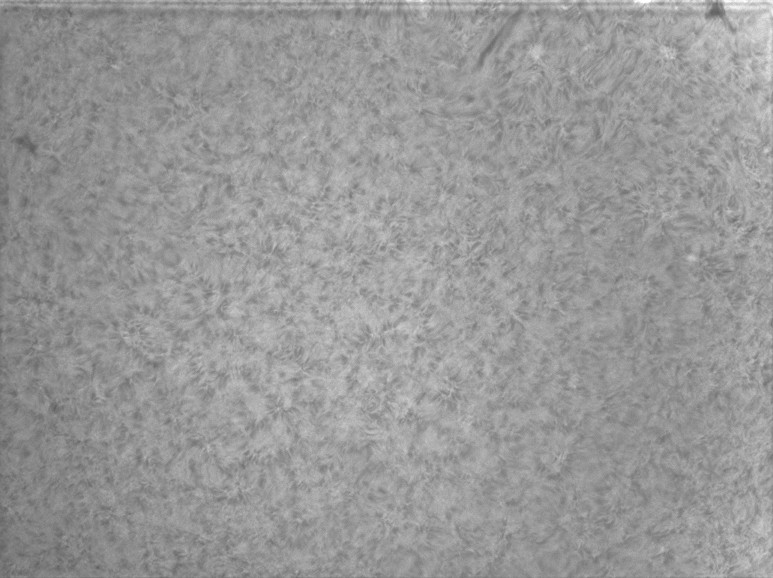 The scope seated on a SW HEQ5: 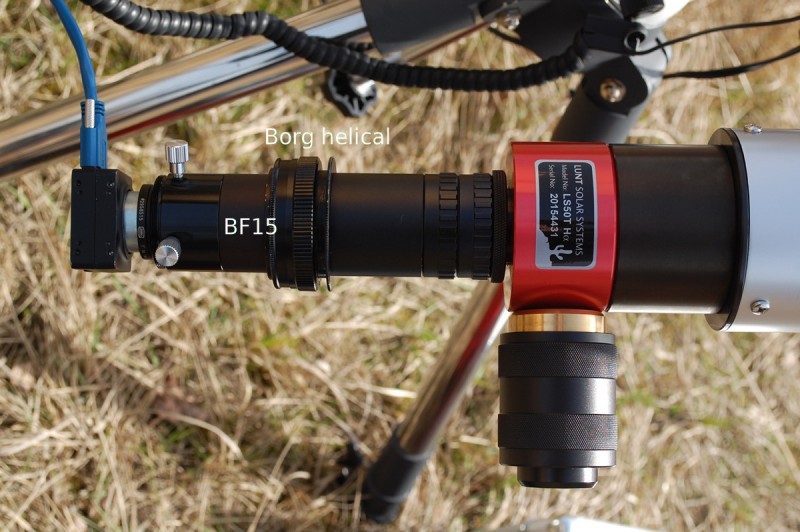 Compared to my previous attempt with a thick-walled, long 100 mm f/10 donor and massive LS35 adapters, this setup is much more compact and lighter.

Superb! I've been looking forward to reading about this mod after seeing the excellent results you got from it. Very impressive indeed!

I forgot to mention that unlike the LS35 mod, here the visual contrast is as good as with the stock Lunt OTA. And no thin halo along the limb. So far I only quickly tried a 9 mm Antares Ortho w/out Barlow (sweetspot covers then most of FOV). I'll be getting a pair of 12.5 mm Plössls for my binoviewer; together with 1.6x GPC they'll give me 53x and 85x, should be just fine.

A great project thanks for the detailed description

...but if, like me, one's not willing to shell out for a new ED/apo