Since I've been doing solar imaging I have noticed that my sensor temperatures in my asi 120 mm-s have risen to over 50 ° C , so I made a DIY cooler.

Temperature control was done with a W1209 controller.

I achieved a drop in temperature around 12 ° below ambient inside my study I'm not expecting that sort of cooling out in the sun , but I'll be happy to keep my camera within the recommended operating specifications.

In all this modification took about 3 hours and cost me around $15 AUD using parts purchased on Ebay. 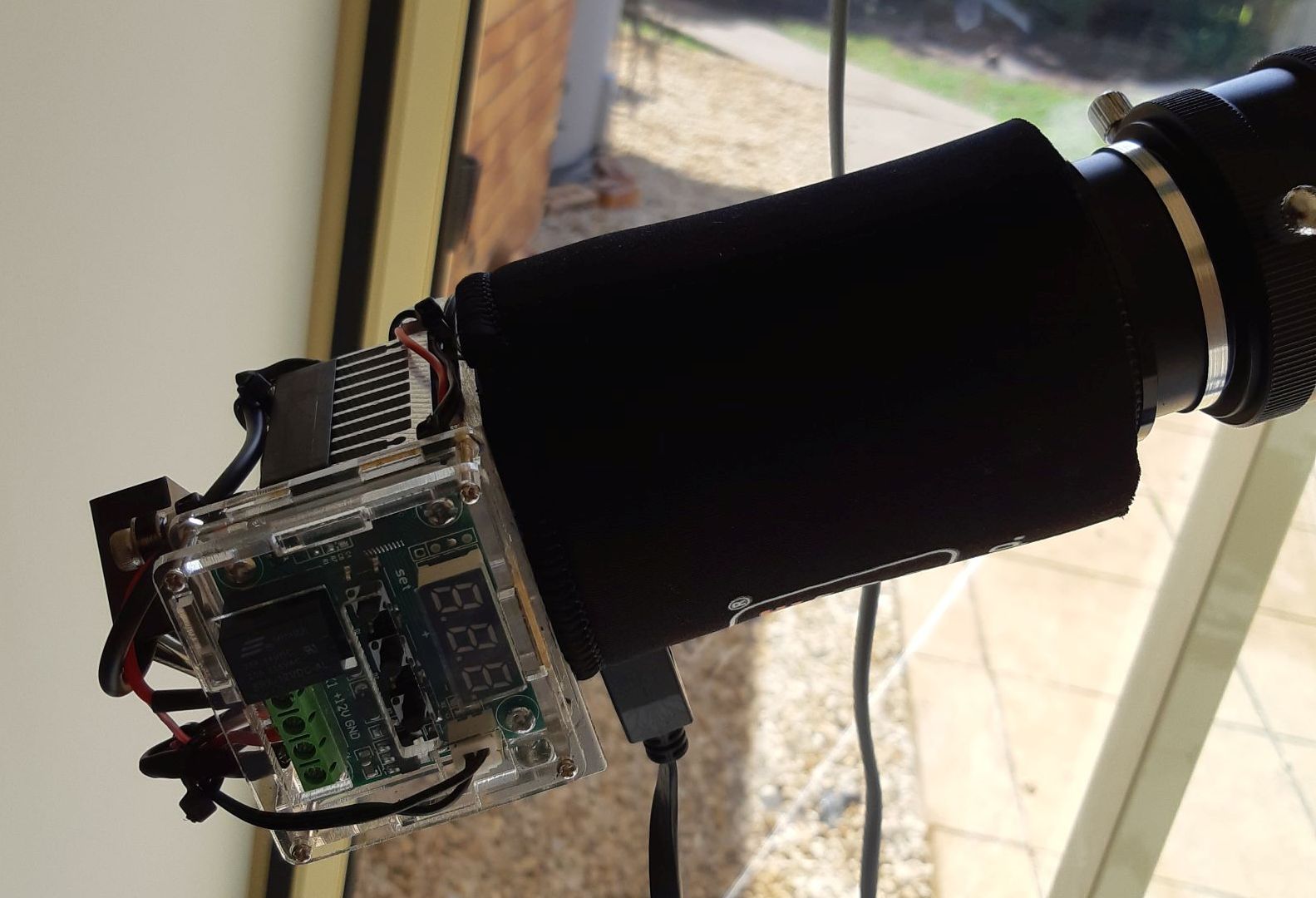 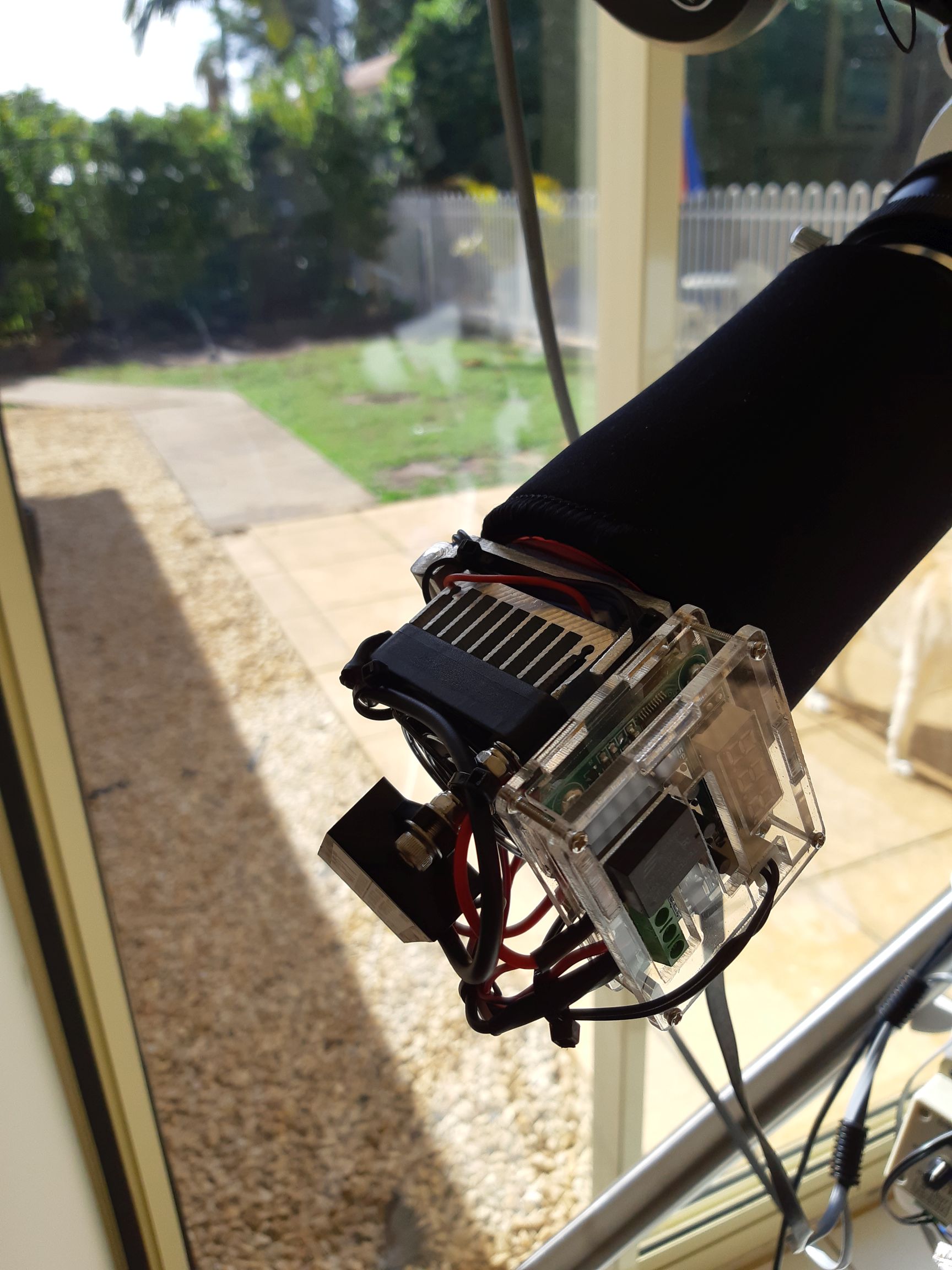 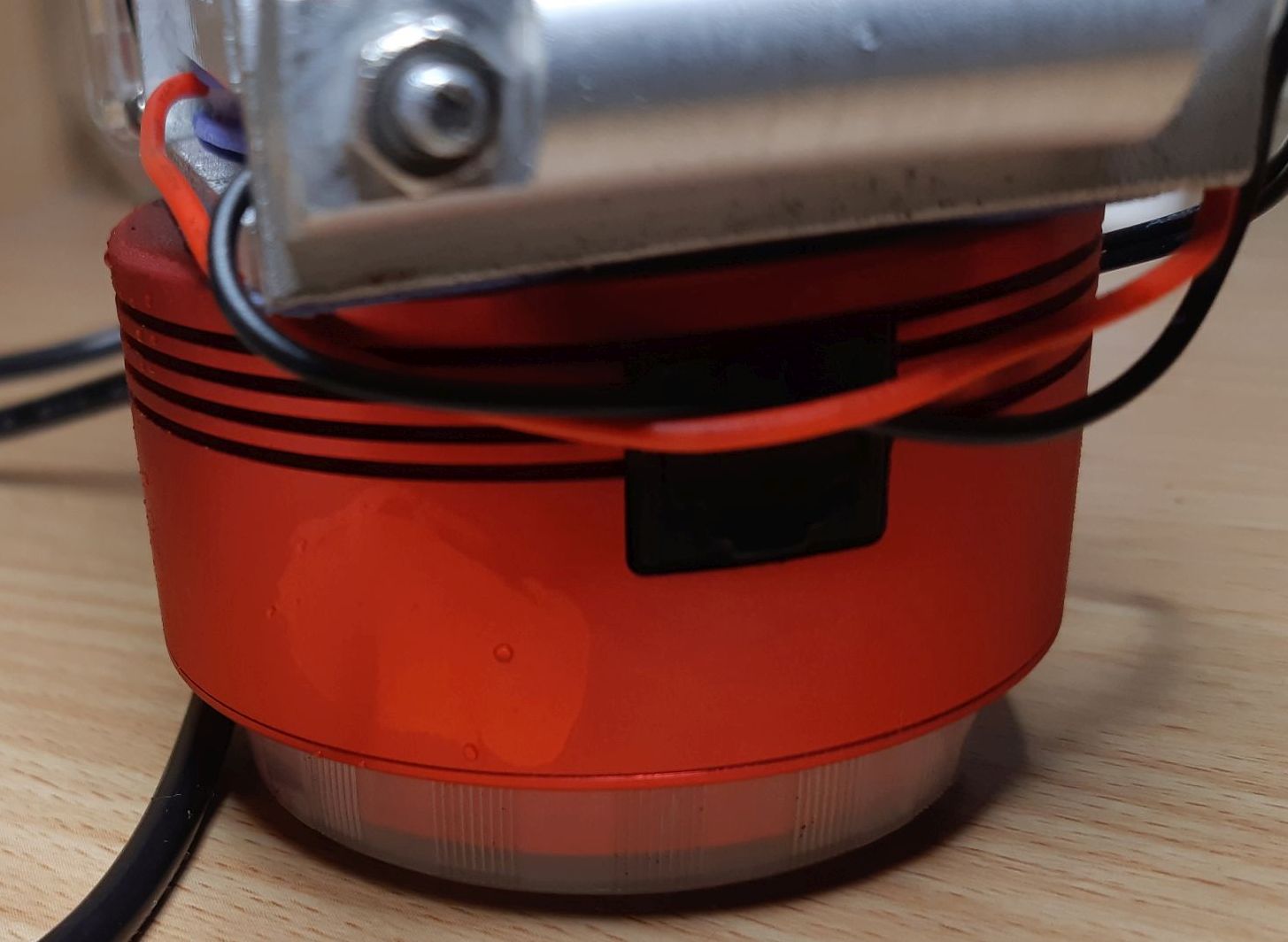 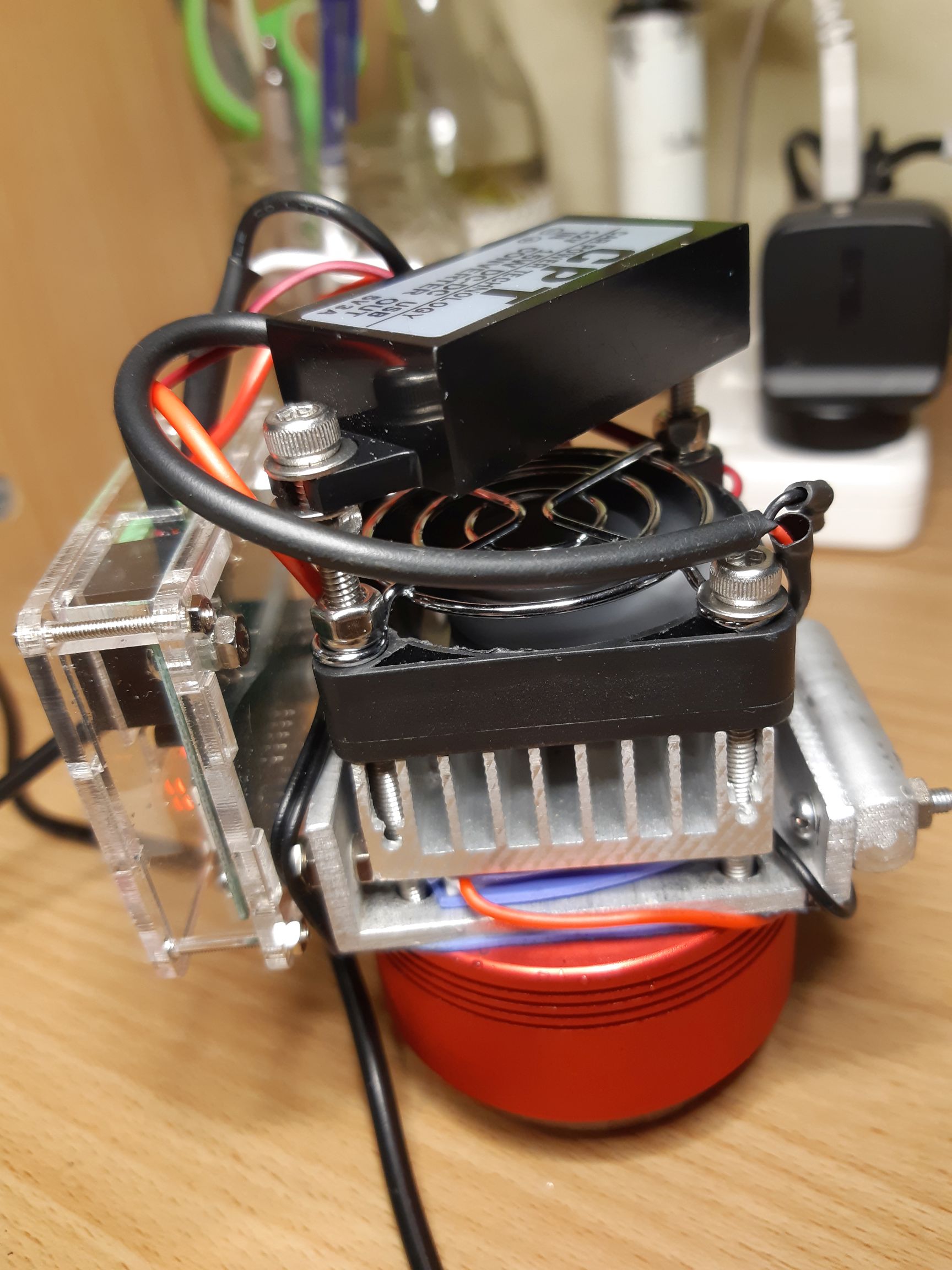 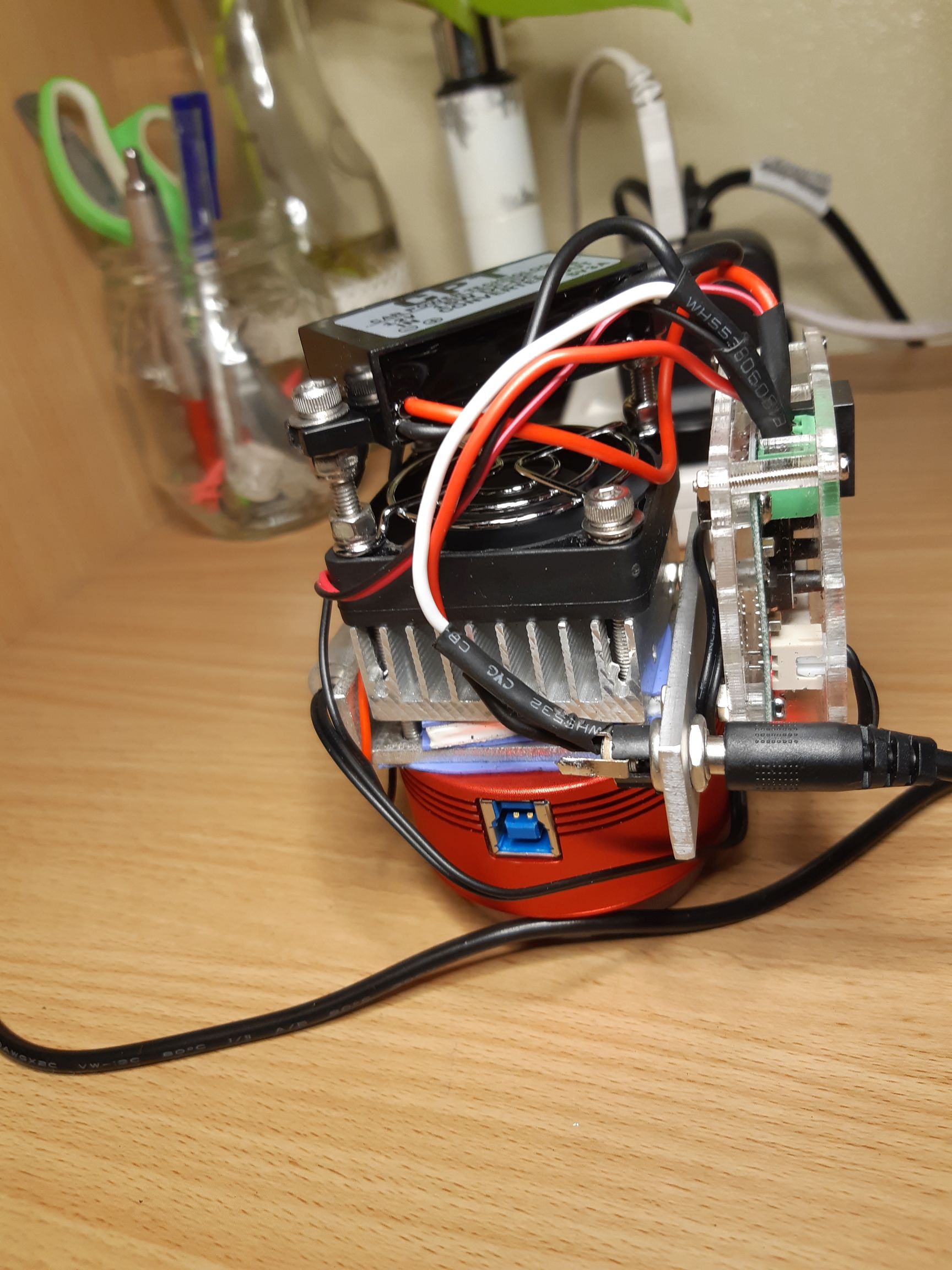 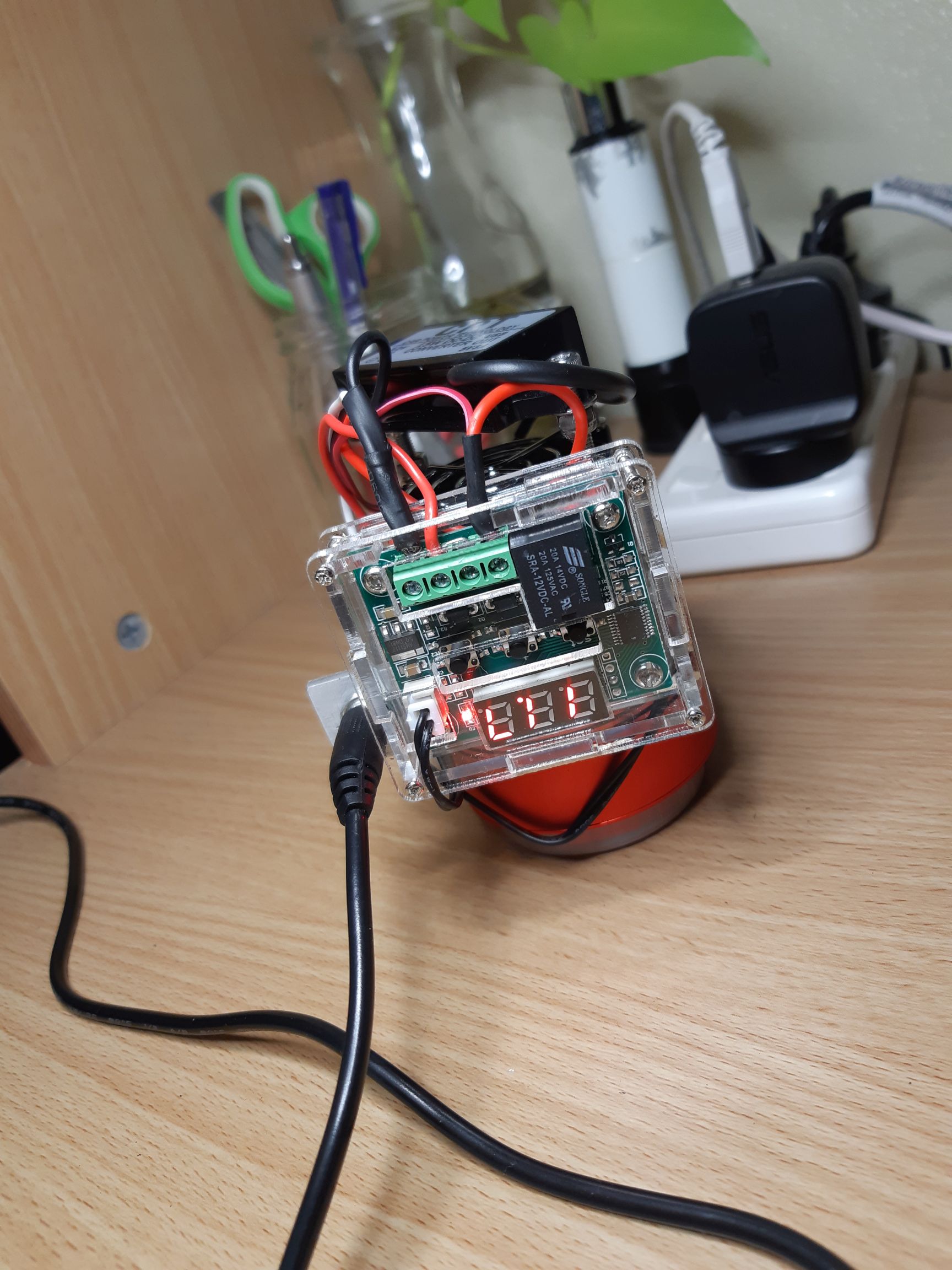 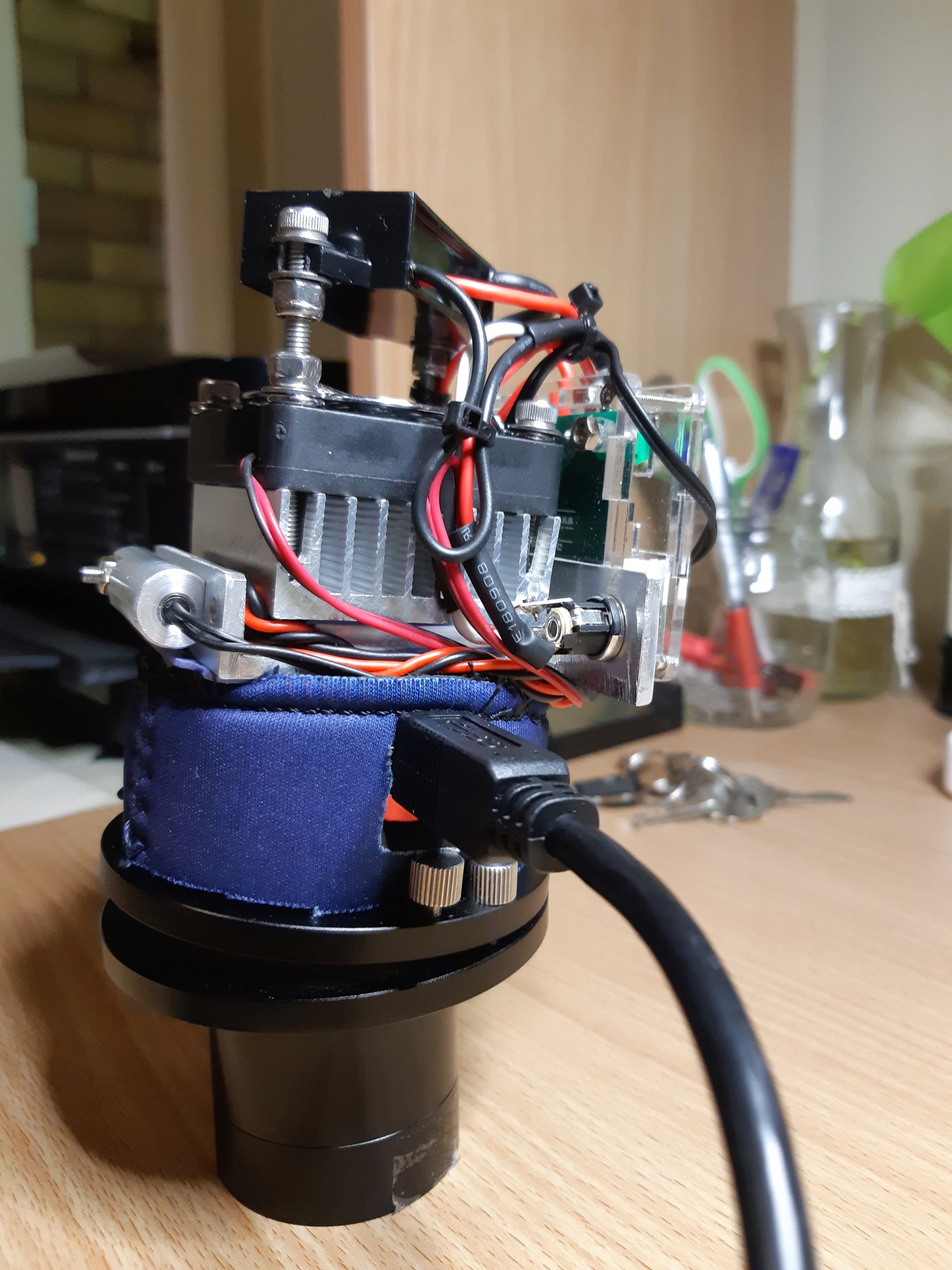 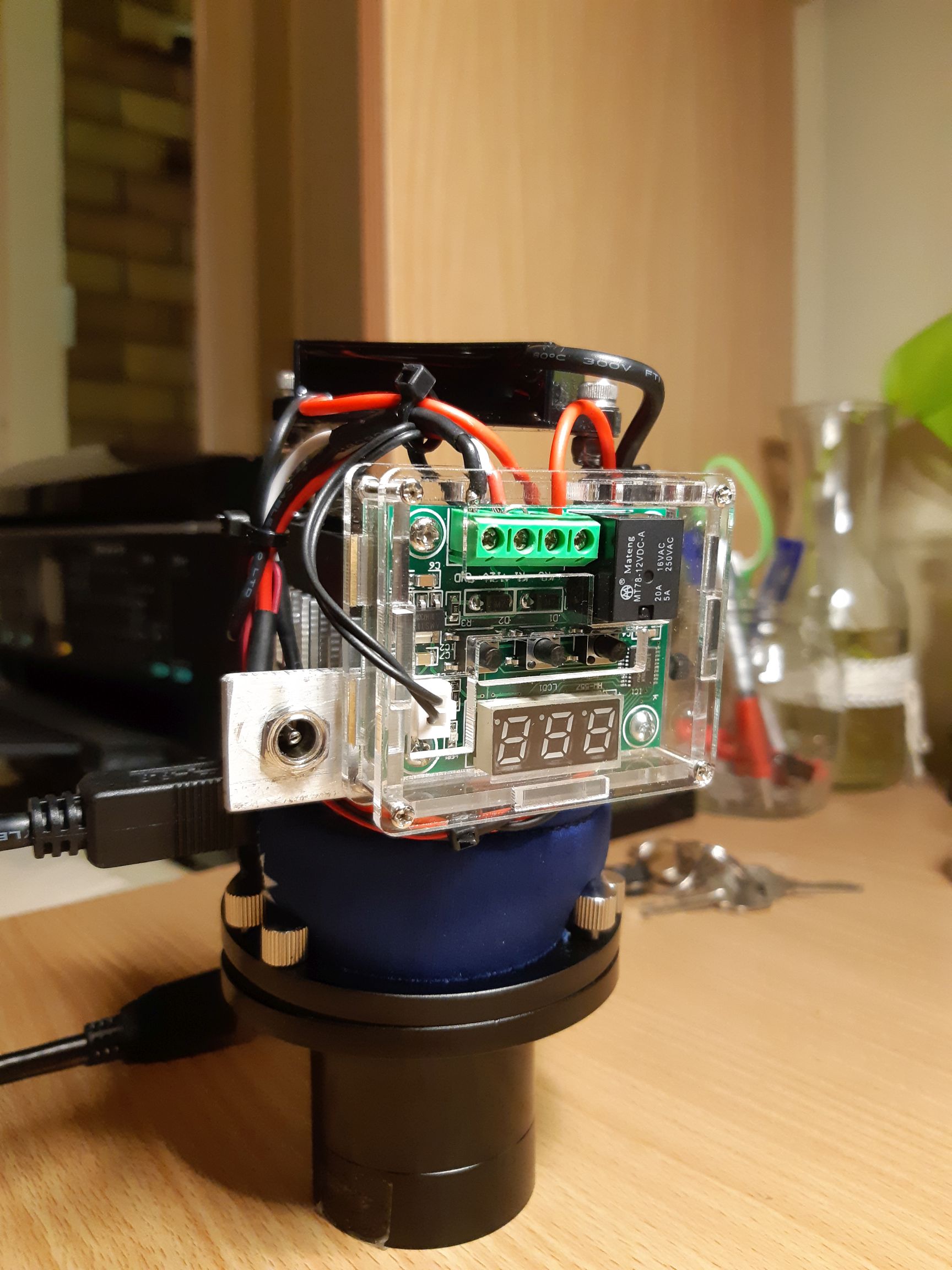 That's a nice mod Martin, thanks for sharing.

that is great! I was thinking about cooling my ASI174MM from the very beginning. The first idea was to use liquid cooling from computer kits... Now I would consider Martin’s idea.

Interesting how it will work under the sun, the working temp of the camera is -5C or lower, but actually without cooling it is close to 40 or higher.

Thank you for sharing!

Cooling is important. I think it is for every 6-8c increase in temperature noise doubles in a camera. Normally my cameras run at around 40c - last week with our 'heatwave' they were running in excess of 60c and the noise was very apparent.

I strapped a couple of cool packs from the freezer on the camera with rubber bands, which tamed the temperature off; however this is not ideal (think condensation and camera internals).

My experience of the 174 chip is that it is the noisiest chip (camera) I have ever owned.

You could try a beer can cooler, first up as this will keep the direct sun off the camera body. see my last picture, I just cut one down to fit the camera body before the tilt adaptor.

Did this with my Chameleon a few years back:

I would consider active cooling for about any camera employed during the day for solar imaging.