Frankenscope? Let's see it!***be advised that NOTHING in this forum has been safety tested and you are reading and using these posts at your own peril. blah, blah, blah... dont mess around with your eyesight when it comes to solar astronomy. Use appropriate filtration at all times...
Post Reply
31 posts

How did we arrive at 160mm?
http://fullerscopes.blogspot.dk/
Top

I'll report back when I have compared the GPC x 160mm to the 120mm stop x 200mm.
http://fullerscopes.blogspot.dk/
Top

The fire brigade has just left. <choke-cough> I'd left a cardboard stop ring in the dewshield of the 6".
I had completely forgotten about it from Friday's battle with the clouds.
The reflected return beam from the D-ERF had set it alight and acrid smoke had filled the observatory!

Anyway, I fitted the 1:1.25 GPC as Bart instructed and have the following images for your entertainment:
The image scale will indicate which has the GPC fitted and which not. The non-GPC video was captured first.
Very rough and ready 5 minute processing in Registax. Finished in PhotoFiltre.
I think the seeing had deteriorated by the time I had finished playing with extenders and finding focus for the GPC. [+41 minutes.]
Now I need to clean the optics and camera sensor. 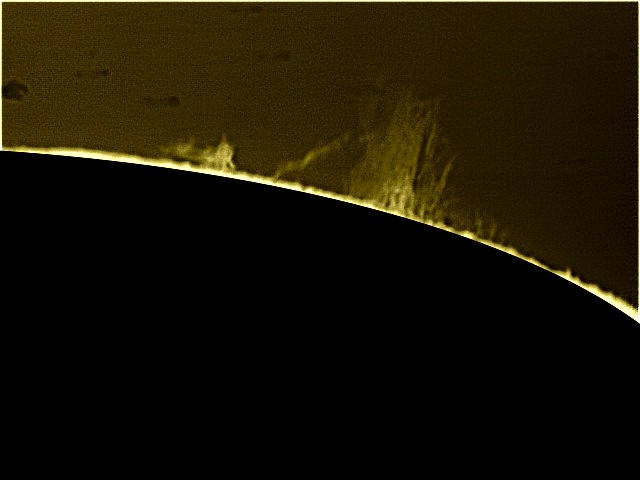 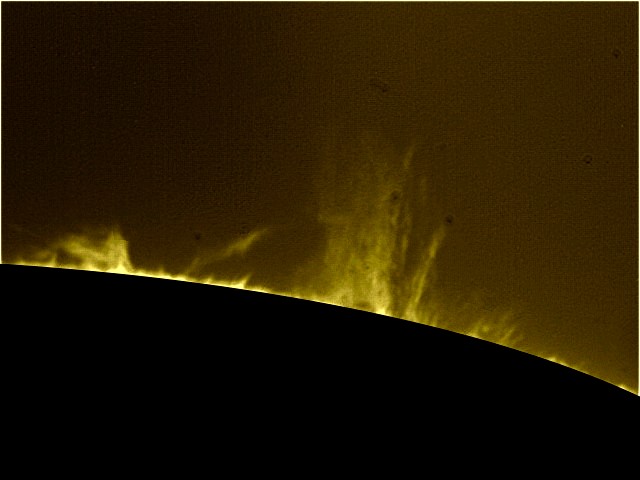 To your question... will any aperture over 50mm F10 matter? Yes. While there is vignetting going on, it's not harming resolution, it's harming the illuminated circle on the sensor, which is actually fine, because the entire etalon doesn't produce an on-band image anyways, so smaller than the etalon is what is more likely useful, on band.

For example, here's 120mm F10 with PST etalon (no GPC, just an aperture mask). A 50mm aperture cannot resolve spicules on the surface to this degree. So again, while there is vignetting, it's ok, but it's not reducing resolution. You're just imaging a portion of the total image circle, but a lot of the edges through the outter edges of the etalon are not on band anyways, most PST mods are ideal for high res with small sensors imaging through the sweet spot. 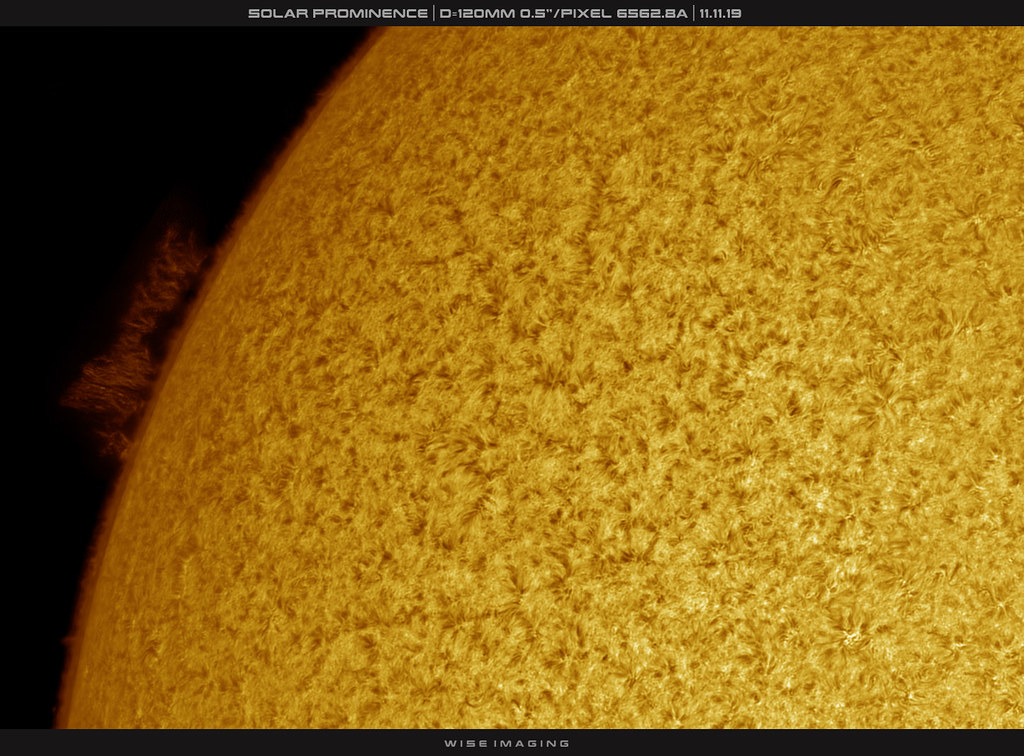 Your 150mm is going to have resolution of a 150mm, if seeing allows you to resolve to the limits of your aperture. Again, just a little vignetting reducing the image circle on your sensor potentially, but again, your imaging a portion of the light cone, at the full resolution of that area, in the sweet spot, that is on band.

I now have a 150/10 objective on order to remove the GPC from the optical train. My lack of skill with image processing means I must make every attempt to optimise my results where I can. [Budget permitting.]

I seemed to be getting more dust bunnies with the 1.125 GPC but can't be certain now due to almost continuous grey skies depriving me of sun time to experiment. The ASI174MM was a great improvement over the ASI120MC. The different chip and pixel size produces a smaller sun with much greater contrast and detail. Very pleased with the change.

The motorised etalon tuning produces different "sweet spot" effects I had never seen when tuning manually. This is probably due to the continuous nature allowed by motor driving the tuning. The very stiff [original] etalon band meant only short movements were possible. This made the telescopes move about due to the sheer difficulty of tuning. Which probably hid, or disguised, the effects of any tuning. The sun's image was also moving about in the field of view with manual tuning adjustement. This no longer happens with motor driven etalon tuning. So the tuning [and focussing] effects are more directly visible on my 25" monitor in the semi-darkness of the dome.

My PST tuning now has a rather weird "backlash" effect. When tuning in one direction the field is flooded with light when I'm overexposing slightly for maximum prom contrast. But a small reversal of the motor instantly darkens the field of view. I don't believe this is a direct result of having a floppy etalon drive band. Rocking the band from side to side has no obvious effect. Because the etalon drive screw is loose in the holes in the internal, etalon drive sector.

If only I had just a few sunny hours to play with I could confirm much of this and try some different ideas. The weather has been continuously overcast for ages. Even when the sun was visible it was so low at 11° maximum altitude that the seeing was awful.
http://fullerscopes.blogspot.dk/
Top
Post Reply
31 posts