The long weekend here in Ontario has been hot, but mostly clear in the morning which has allowed me to image each day (Aug 6th being processed). Not very often I get 3 days in a row to image

This post starts with some other sunlight sources. To start, a sunset pic of the sun taken on Saturday evening: 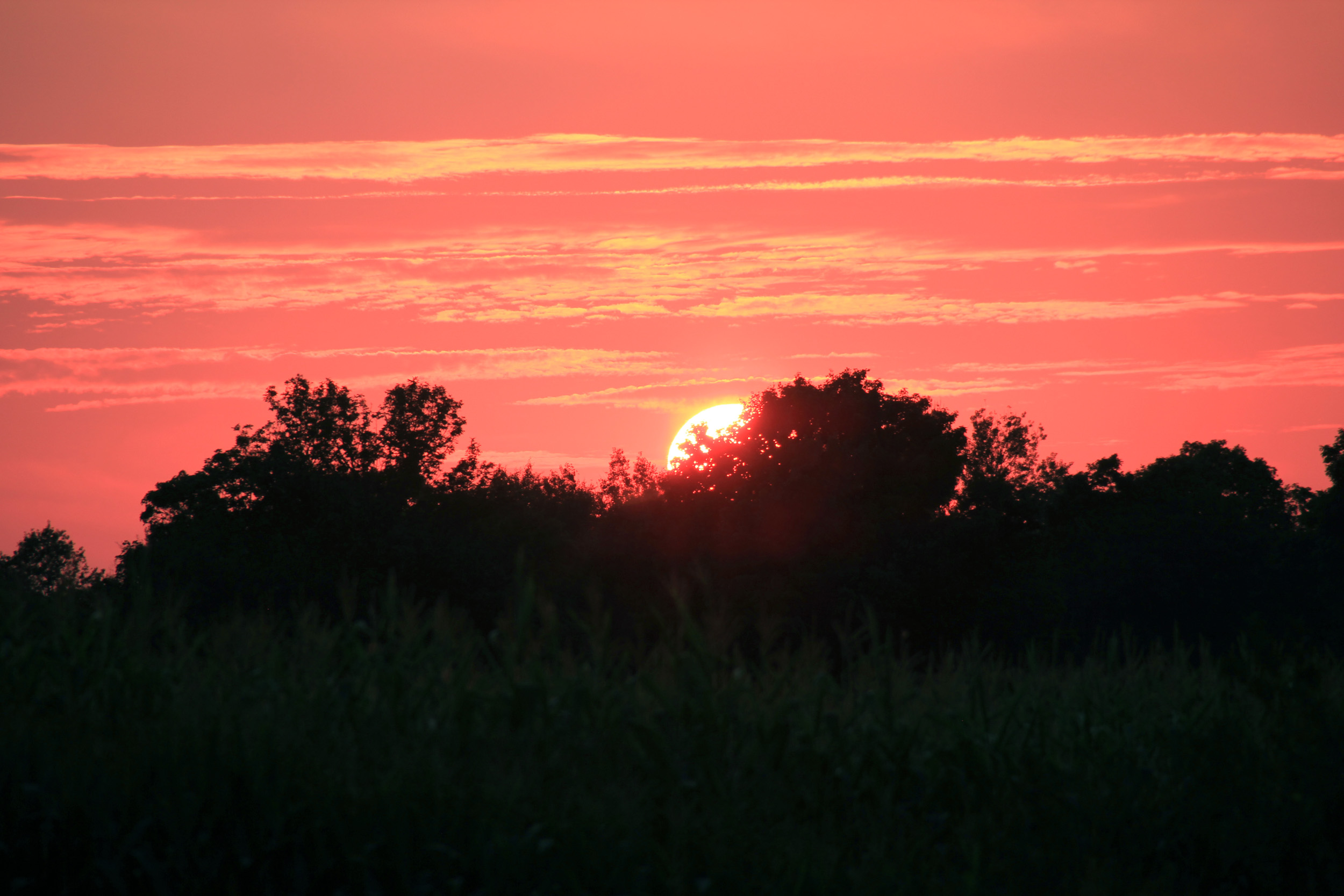 The next offer some sunlit that has been reflected and many different distances to travel before reaching Earth. The first below has 2 shots of the International Space Station as it drifted to the south east, across the Milky Way: 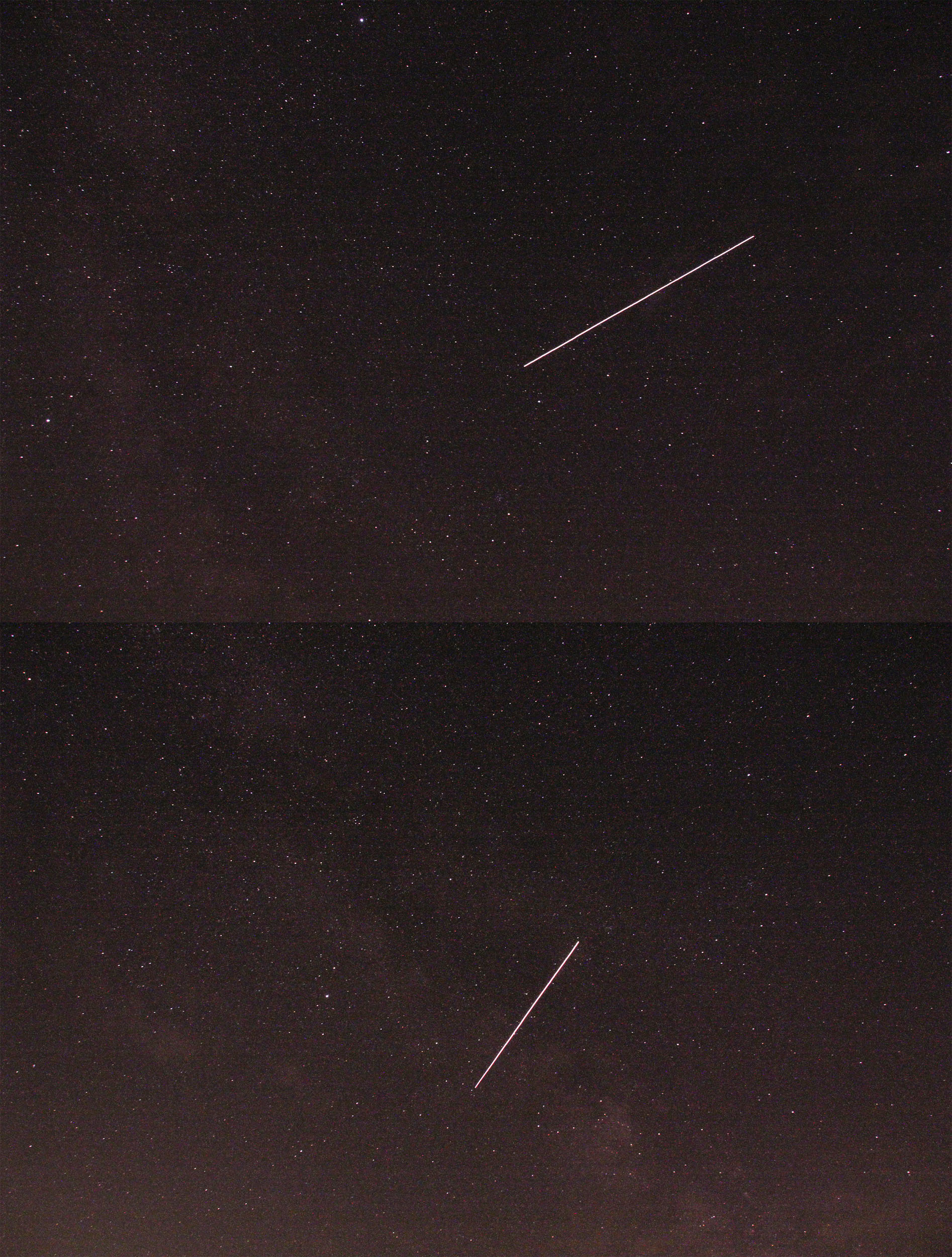 The next is a mosaic from the south-west to south-east, showing Jupiter, Saturn, and Mars...as well as the light dome from Toronto (roughly 85Km away):

Sunday morning offered pretty decent seeing despite the heat (high 20's C by mid morning), but I was able to run many full disk and higher resolution images. There were significantly fewer proms on Sunday, but a little more disk activity made up for it.

The first set are full disk Ha images taken through the LS80T/LS75FHa/B1200Ha DS solar scope...assembled form separate disk and limb (inverted) images. The image below has the mono, colourized, and inverted version side by side:

The next set of images are through the CR150/DSII/B1800Ha modded scope, with ah 3x tele-extender ahead of the camera. These first images show the emerging region of activity on the east limb: 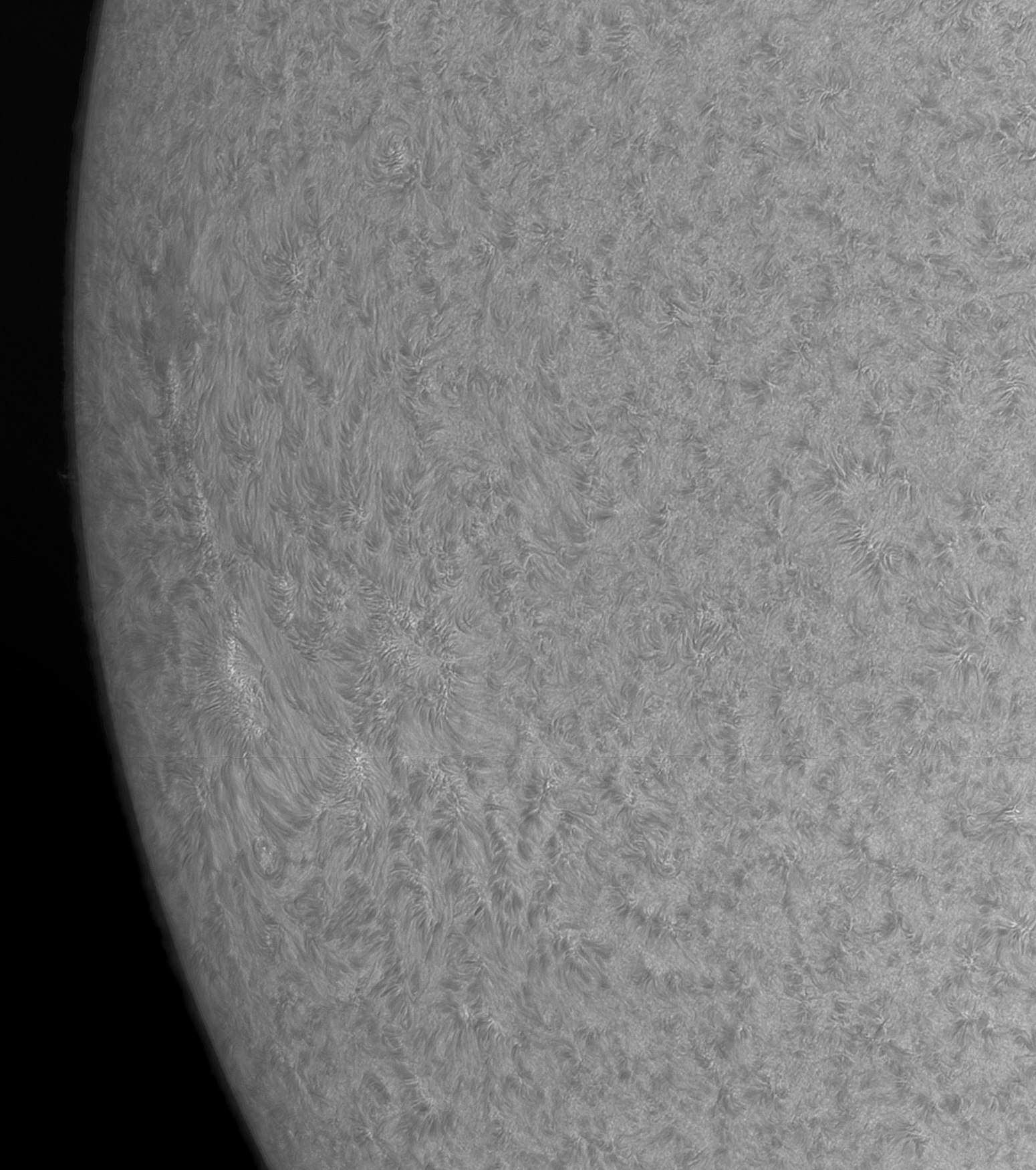 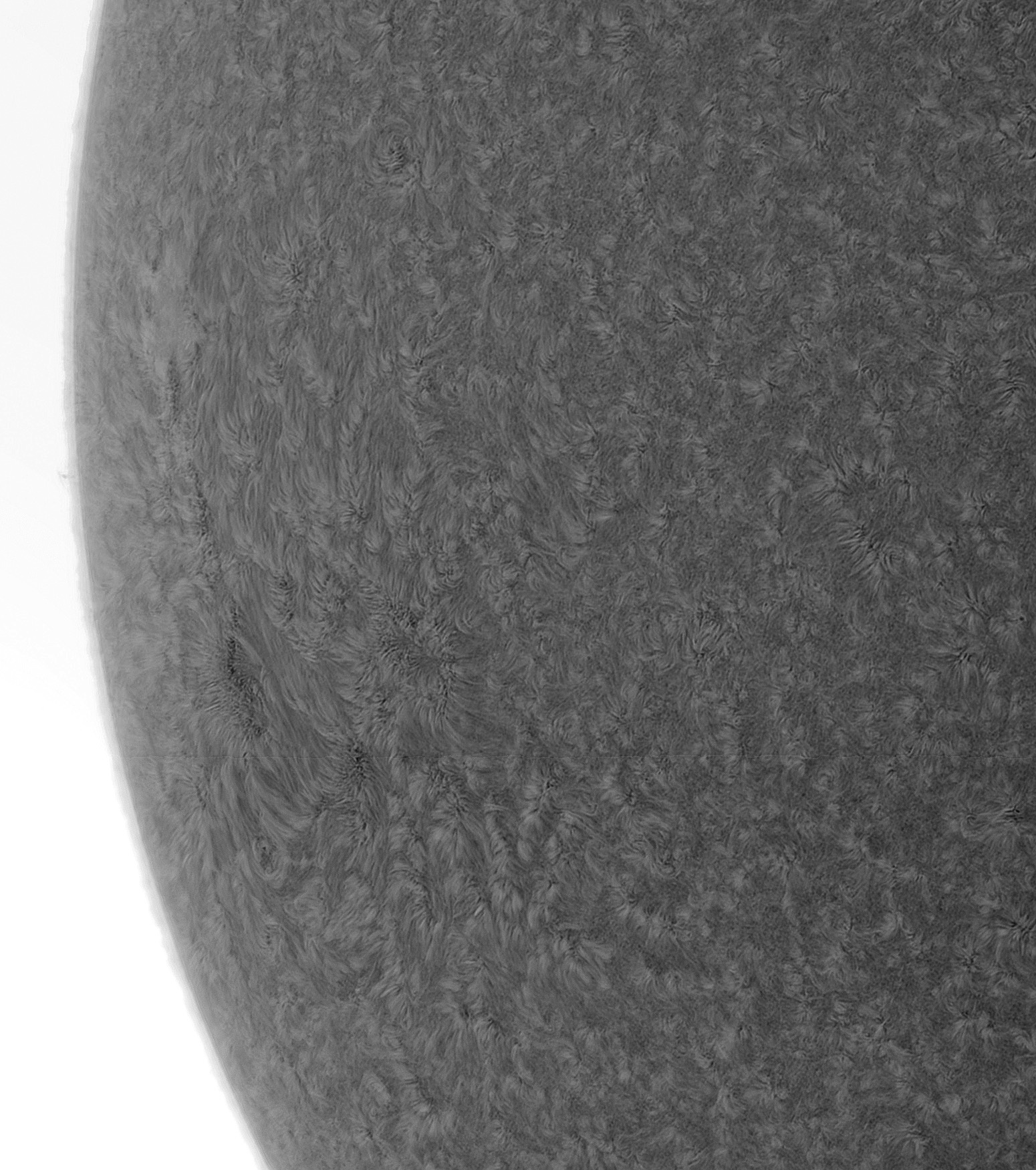 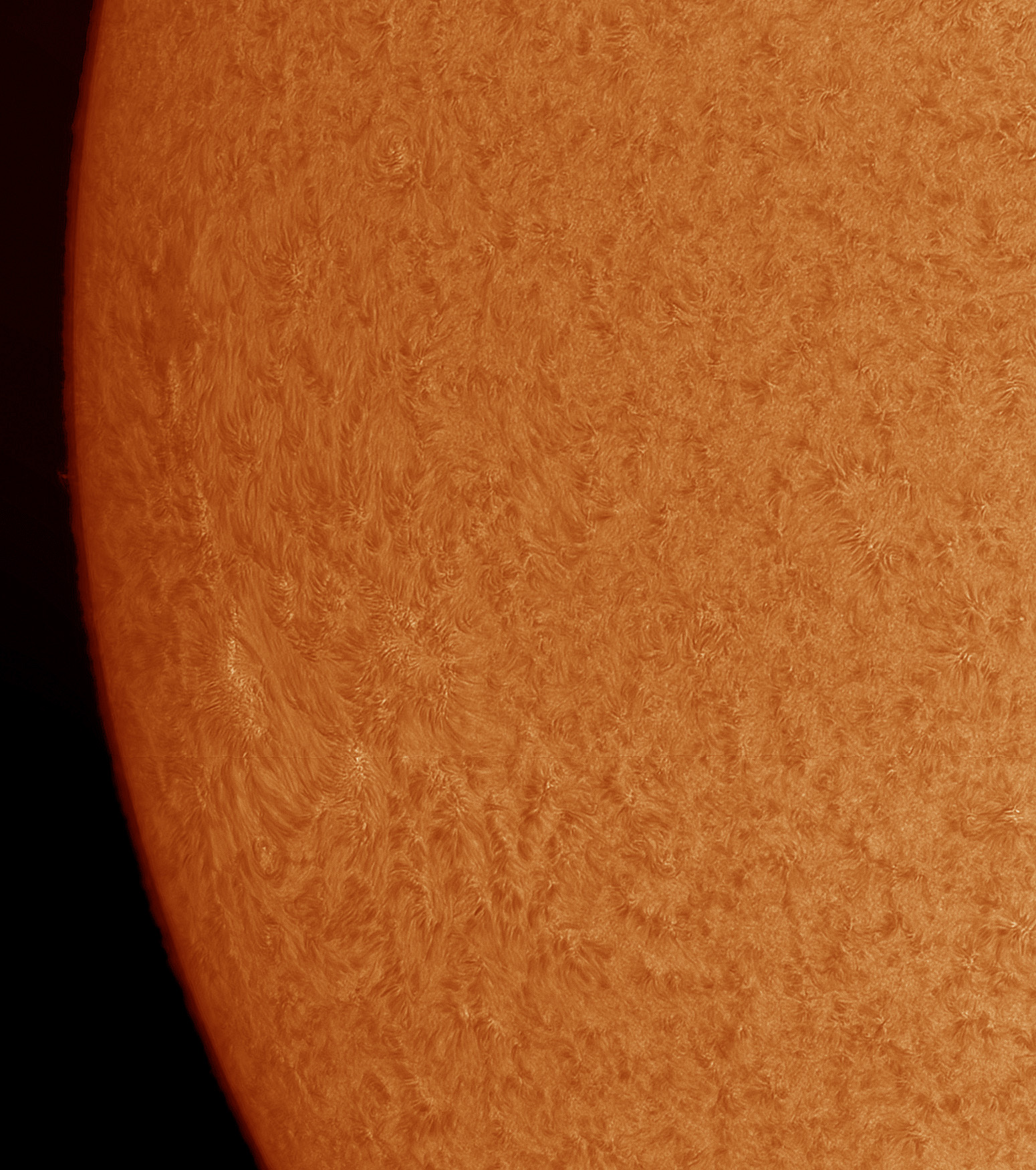 This colourized version shows the faculae nicely and they correspond to the Ha structure as well, though the modded scope with the DSII set to 0 PSI: The second set of images show the filament on the north-east quadrant: The final set of disk images cover the remaining tracers of activity associated with AR2717: This colourized version still show a few small black pores in the region: The final image is centered on the lone prominence of any significance at the time I was imaging: This covers the majority of the images taken on Sunday. I am working on a few that used the 5x Powermate and will post later if they come out well enough.

As always, questions and comments are always welcome!

Thanks for your feedback Franco

Red sky at night shepherd's delight! it certainly was, all the pictures that followed were a delight

great to see you having such a fun weekend.
Alexandra

Really nice images Brian, glad you're getting such a good run in!

Thanks for your comments, they are always appreciated

It was a good weekend getting time to observe and image, though the post image capture work processing the sequences takes about 3x as long as the capture sessions so once I'm back to work the posting speed slows right down

Mondays session will be posted soon.

A very fine crop of images, Brian. The mono FD with inverted proms/white background is one of my favourite views. Nicely done.

Thanks Stu...always appreciate the feedback !!!

How are you getting along with the new refractor?