My seesion time was from 14:50 until 16:40 UTC. Intermittent. The skies are partly to mostly cloudy with just below average seeing. The temperature is 81F ( 27.2C )

I got nine active regions i the Ha chromosphere today. Three in the north and six in the south. Three of these have numbers as shown on the KSO images.


Coronado SolarMax II 60. SS & DS. 16x and 25x ( Ha )
The first thing I looked for was the prominence on the NE limb which I fully expected to be gone. But above and just to the south, I think, of a brighter prominence, high out of the view of the GONG images was a small detached puff of a prom as seen in double stack. It was at the location of the former prom. Going to single stack I could see some detail in it as well as some faint tendrils of plasma at it's edges. I can see some fainter proms to the north in SS and a small one on the SE limb.

The SW quadrant shows three really easy plage areas. The north westernmost one is AR13068. I can see a couple of spots among plage there and a filament close by to the NW. AR13072 is seen as a bright oval plage just to the SE of AR13068. South of AR13072 lies another easy plage that shows a couple of spots within it. A filament lies to it's south. To the east of this triple grouping lies a harder to see smaller plage. It's just west of the CLM. AR13071 is easily seen in the SE quadrant as a spot with plage to it's east. Several filaments are seen nearby. A dark one south of AR13071 stands out because it has a brighter area beneath it that is easy to see. It shows up easily on the GONG and KSO images as well. Last is the new region very near the SE limb. It was hard to see actually. I could barely make out the plage in doublestack and singlestack made it's spot easier to see.

The network of mottles across the disc is easily seen.


Orion 70mm Solar Telescope. 25x and 50x ( WL )
Today I got six active regions on the WL photosphere. One in the NW quadrant and five in the southern hemisphere. Three in the south have numbers.

The only thing I can see in the northern hemisphere is a patch of faculae nearing the NW limb. I see no spots or pores there.

AR13068 in the SE quadrant appears as close " snakeye " spots with both showing umbra and penumbra form. I can see a pore right at the eastern border of the penumbra of the NE spot. Another smaller one lies close nearby. East of the larger spots lies a grouping of smaller spots/pores. AR13072 is a smattering of small spots and pores just SE of AR13068. South of AR13072 lies a couple of spots and a pore that is associated with a yet unnumbered system there. The eastern spot shows umbra-penumbra form. AR13071 in the SE quadrant shows a single structured spot with faculae trailing SE. The new one at the SE limb is much easier to see in continuum than in Ha. It's a single spot with umbra penumbra form surrounded by faculae. It shows the Wilson effect caused by it's highly inclined angle.

The granulation is visible but soft. 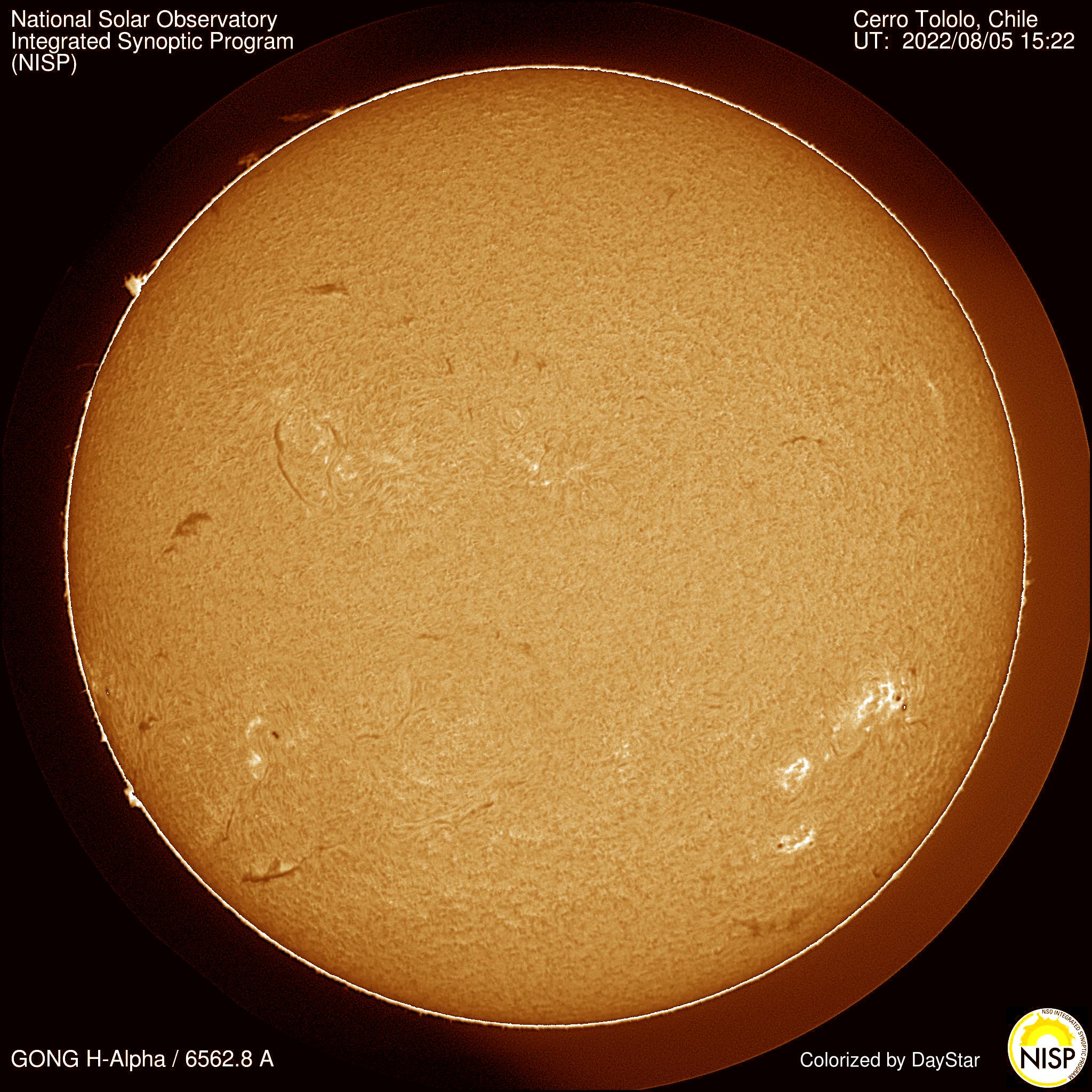 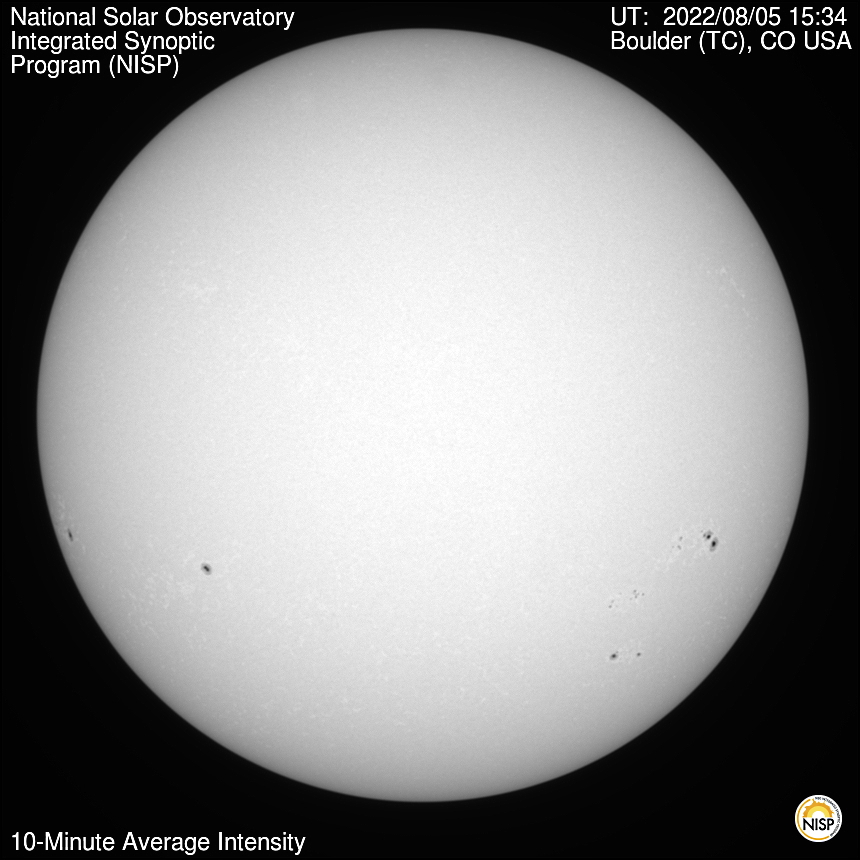 I caught that last little remnant of the prom in my images today too. It was very faint but I could bring it out if I cranked the exposure.

I enjoy reading your observation reports - they're very educational for someone like me just getting to know our closest star.

Sumpy,
Thank you. I am glad my reports are useful to you. Could you post that image? I never could find an image of the prom remnant online.

Sure thing! First time doing one of these disk blackout images, so please bear with my inexperience here. The prominence was almost out of the frame and I didn't even see it at first, but after cranking the exposure way up I could see it off the side of the disk. My orientation may be off, but you can see the remnants of the prom in the upper left of these images, albeit very faint.

Nice prom pickup and nice blackout too! You did great! Rainer also picked the wisp up in his full disc monochrome Ha mosaic. It shows up quite well in your images.

Thank you, James, for another detailed report.

I've missed all the excitement of the huge prom this week with stuff going on at home (in the middle of a build project, which is taking a lot of my time).

Thanks for the report James.

Amazing that piece of prom was still hanging around! Clouds have been my nemesis this week, I was lucky to catch what I did of that prom!

Thanks and welcomes everyone. Good luck on that build project Stu and I hope you find some solar time this weekend.

Great info James, looks like most of the activity is in the south. Great prominence disc Sumpy, it is a pity that the floaty bit has just gone off frame

the Sun can be huge sometimes