Just a couple of photos, the poor computer has been churning all afternoon, the Grasshopper really takes ages to process. The DMK41 was taken in good morning seeing, the Grasshopper (last on the list for testing) was taken around midday and wobbly seeing. I can really only see a major difference in real estate at the moment, but I can certainly say it is much more sensitive in Halpha than the DMK41, it is quicker and I only saved 600 frames rather than 1000. You blink and it has done 600 frames!

and the Grasshopper made pretty

Michel, the war begins (well, I don't stand much chance against you really

What a marvellous area to test on.That pics put me an a good frame of mind for the day. 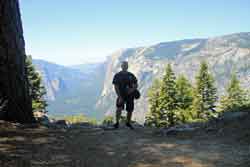 You must be thrilled!

Island Grove Observatory on the south shores of Lake Simcoe 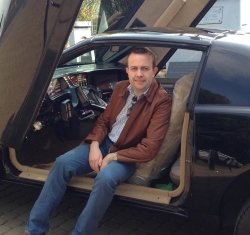 Alexandra,
As you say, the main difference visually seems to be in frame size. Both give great detail.
Interesting you say that the Grasshopper is much more sensitive than the DMK41. In theory, for the same number of frames, I would expect the Grasshopper to reveal slightly sharper detail as it would freeze the seeing better due to the shorter exposure length.
Then again, there was a *lengthy* discussion on one of the Facebook groups about this issue recently. I forget what the conclusion was TBH...
Does the Grasshopper need USB3 or SSD or anything like that?
How did you find the software to use?

So the day has arrived!

This is a very good first attempt, go to correct this BSOD with 16bits option and you'll really see the difference.

The unique point they are equal is in the pixel size (4.65 vs 4.54), the resolution is identical

So YES, YOU WILL see the difference

Those are superb, Alexandra!

PS the hubby has attempted to download the driver thing, will see if I get the kiss of death again with the 16 bit tick 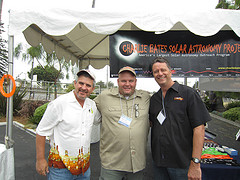 Good luck with the Grasshopper. 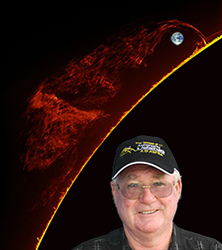 Great you got that thing working Alexandra. Hope you solve the 16Bit thing.
Me I can't even down load Fire Capture. Sorry I even bought the Thing. Long live DMK.

Very good images Alexandra, that camera is a keeper 8)

Been following your trials and tribulations with some interest.
The results speak for themselves. Well worth the effort.
Brilliant

Making the possible difficult and the difficult impossible.
Photos : https://www.flickr.com/photos/daviddench/albums/

Alexandra I know there is a thread here somewhere about your troubles downloading Fire Capture and passwords but I can't find it. I'm having the same trouble. Help

All the instructions from Colmic (michel) are here + my little fixes at the end of the thread http://solarchat.solarastronomy.org/ind ... sshopper-3

also be sure to download this Intel driver https://downloadcenter.intel.com/Detail ... ldID=21129

Many thanks everyone, lots to process and lots to test

which chip is it in your grasshopper alexandra?

Same as mine Mark, ICX674 2.8Mpixels. Very, very good sensor for solar imaging, if not the best actually...

Since I don't have a double stack yet and some unusual processing on double stack images gives interesting results,
I took the liberty(if you would prefer that I remove this, just let me know) of using one of your images and applied the Shadows/Highlights technique outlined in Michel's (colmic's) tutorial (values: 60/10/10,20/50/800) to see if extra detail could be brought out in the off-limb features.

Your original is on the left

I'm still struggling with my own attempts but your images seem to lend themselves to this processing effectively even using
the 8 bit images off the screen.

Wow! that's very good! I've never had much luck with shadows and highlights myself as I just get in an artificial mess, this looks very natural though and I'm interested

Those of you that have a ICX674 PGR... do you get a dark band on the top and bottom of the frame like this? Ignore the corners, its the top and bottom band that annoys me and don't know where it's coming from... If I swap out the camera for a same size sensor the ICX625, the bands are totally gone, so it seems to be the camera body or sensor? I have a grasshopper express but I believe I saw others with this issue with grasshopper 3 version also.

I know that "misery loves company" is no consolation but, yes, your situation is identical to my situation wth dark bands just inside the top and bottom of the frame. Your question is one I asked after I started using my 2/3" G3 many months ago. I also get a single dark band across the top of the frame in my Chameleon.

Most of the time, I don't need the entire frame, and crop the frame or use a slightly smaller ROI. However minor it has turned out to be, I would like to use all the real estate I paid for.


There is a question I'd like to ask you and other Grasshopper 3 users. In Firecapture, does your Liveview screen "flash" briefly
when you adjust the shutter speed? This doesn't happen in Flycature, only in Firecapture.

Have you tried recording in 16 bits using the PGR software? Use "streaming" mode instead of buffering when you choose
your format.

I get those lines too, you have to cut them off

I have been using the 16 bit, although I forgot to tick the button yesterday

I've not seen a buffering or streaming button yet?


congratulations, that seems to work