Hello. My name is Filipp Romanov. I am 20 years old, this is my first message here. Today is the interesting date: 100 years before the next transit of Venus, so I decided to recall my observation of the transit in 2012.
I was 15 years old and I lived in Livadiya, Primorsky Krai, Russia. I had 114/1000 mm telescope and camera Canon IXUS 310. I went to the territory of the Ussuriysk Astrophysical Observatory (it was very foggy in Livadiya), where were astronomers from around Primorsky Krai. I did not see the start of transit because it was cloudy, but at 11:08 local time (00:08 UT) I photographed the transit the first of all astronomers, during the hole in the clouds.
Then the sky cleared and I saw the middle and end of the transit. I did not see the atmosphere of Venus, but I looked at the Sun in the Coronado telescope for the first time in my life.
My video:
https://www.youtube.com/watch?v=VxPgjchO1Io 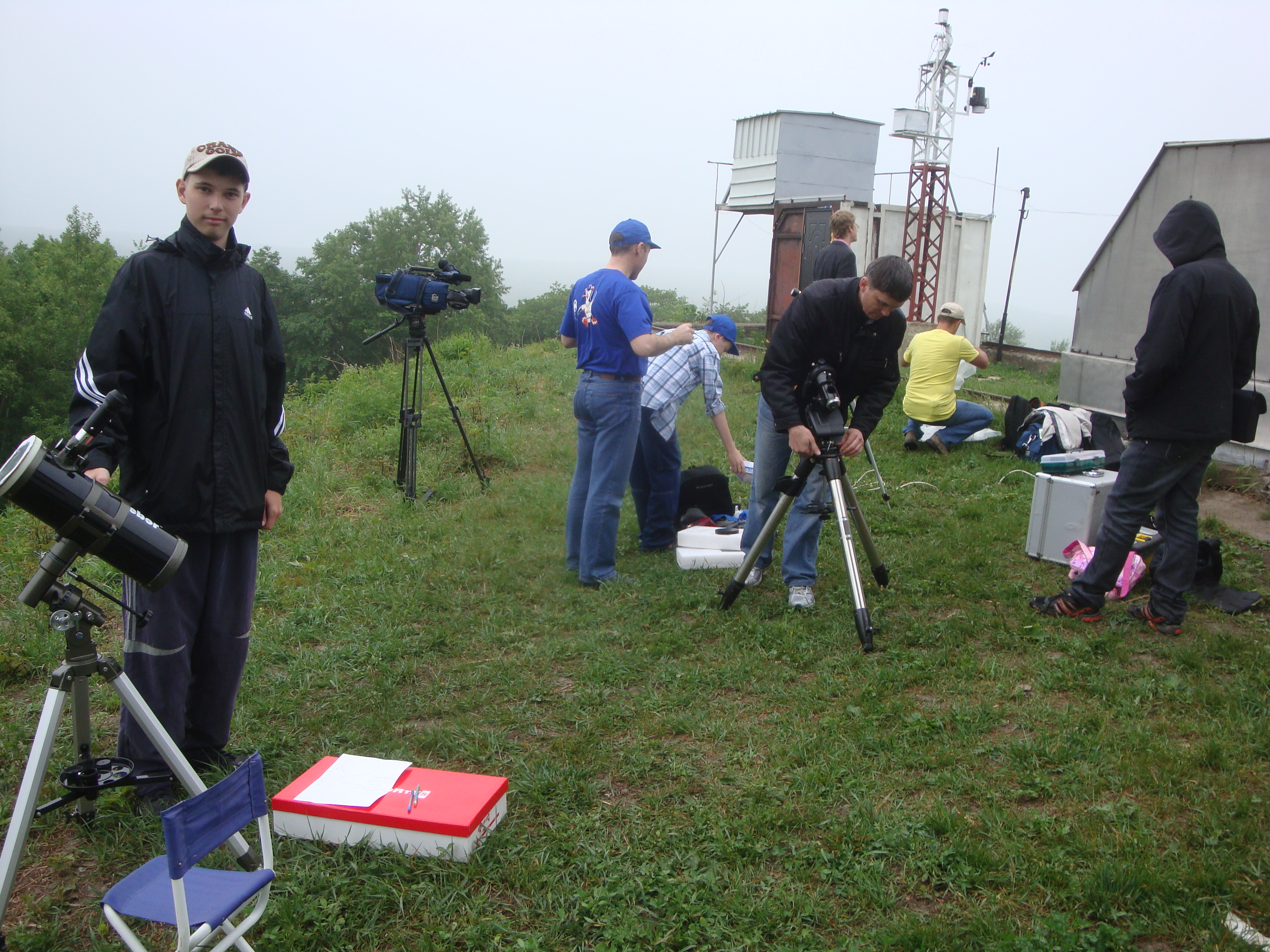 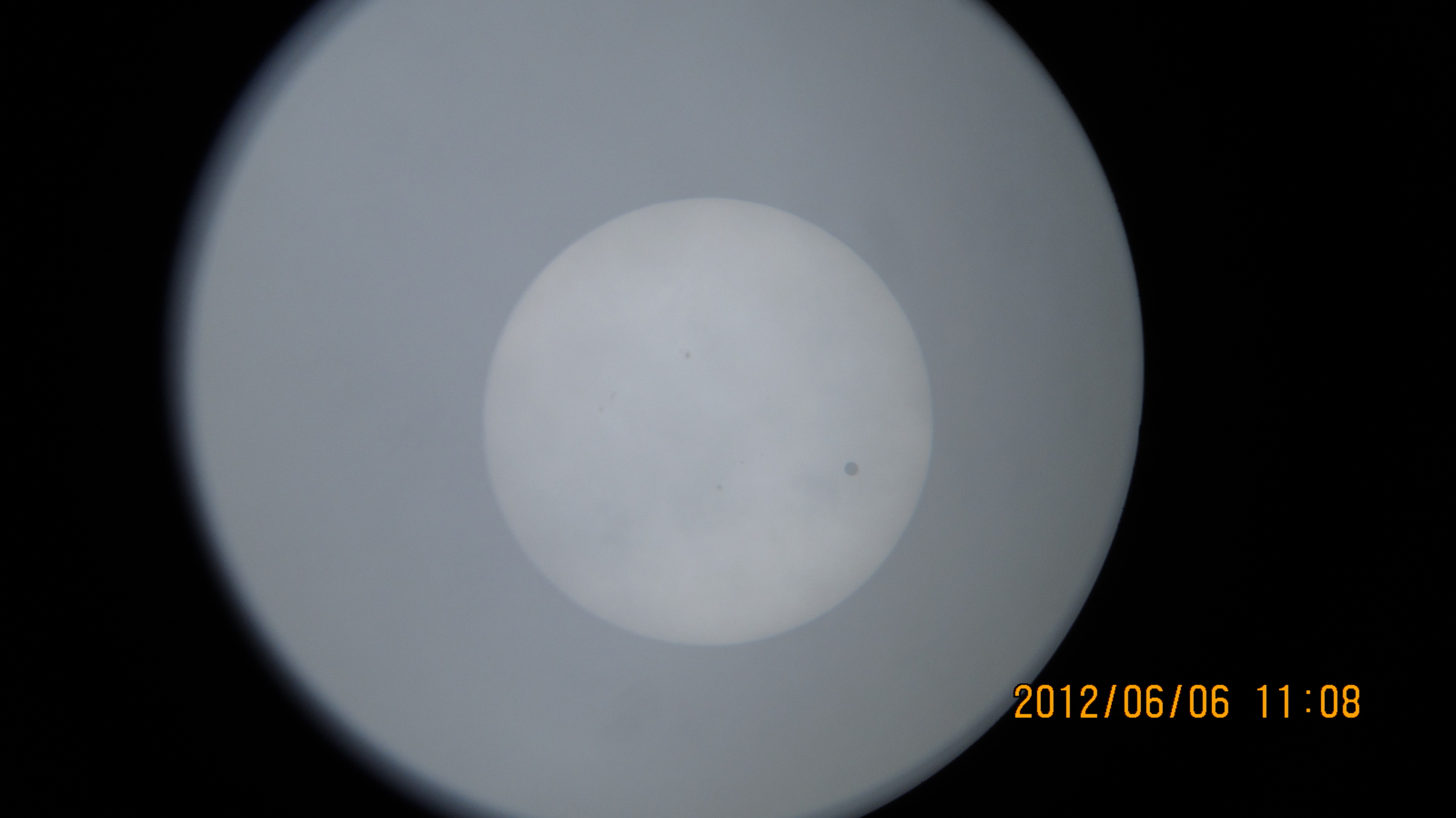 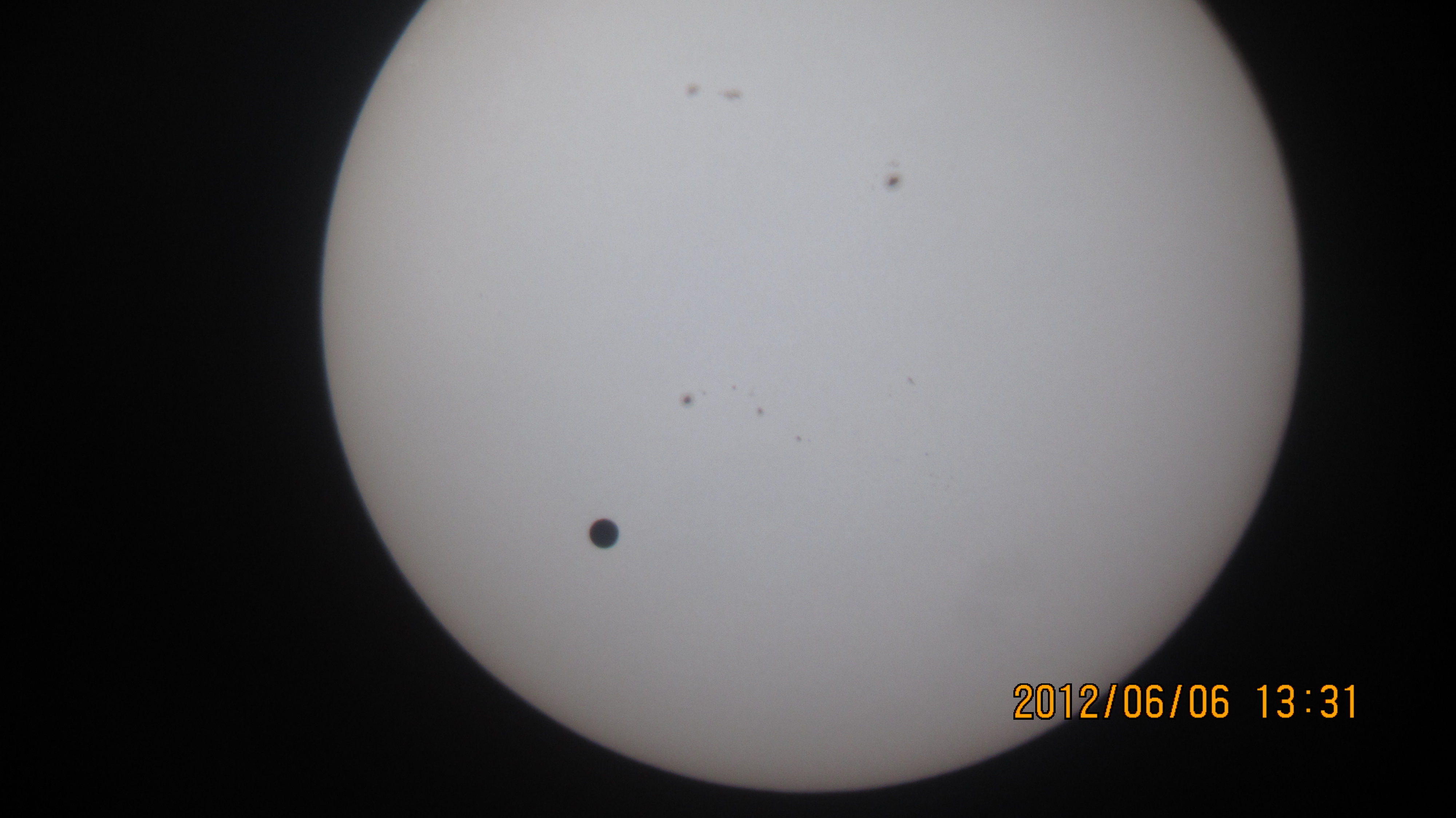 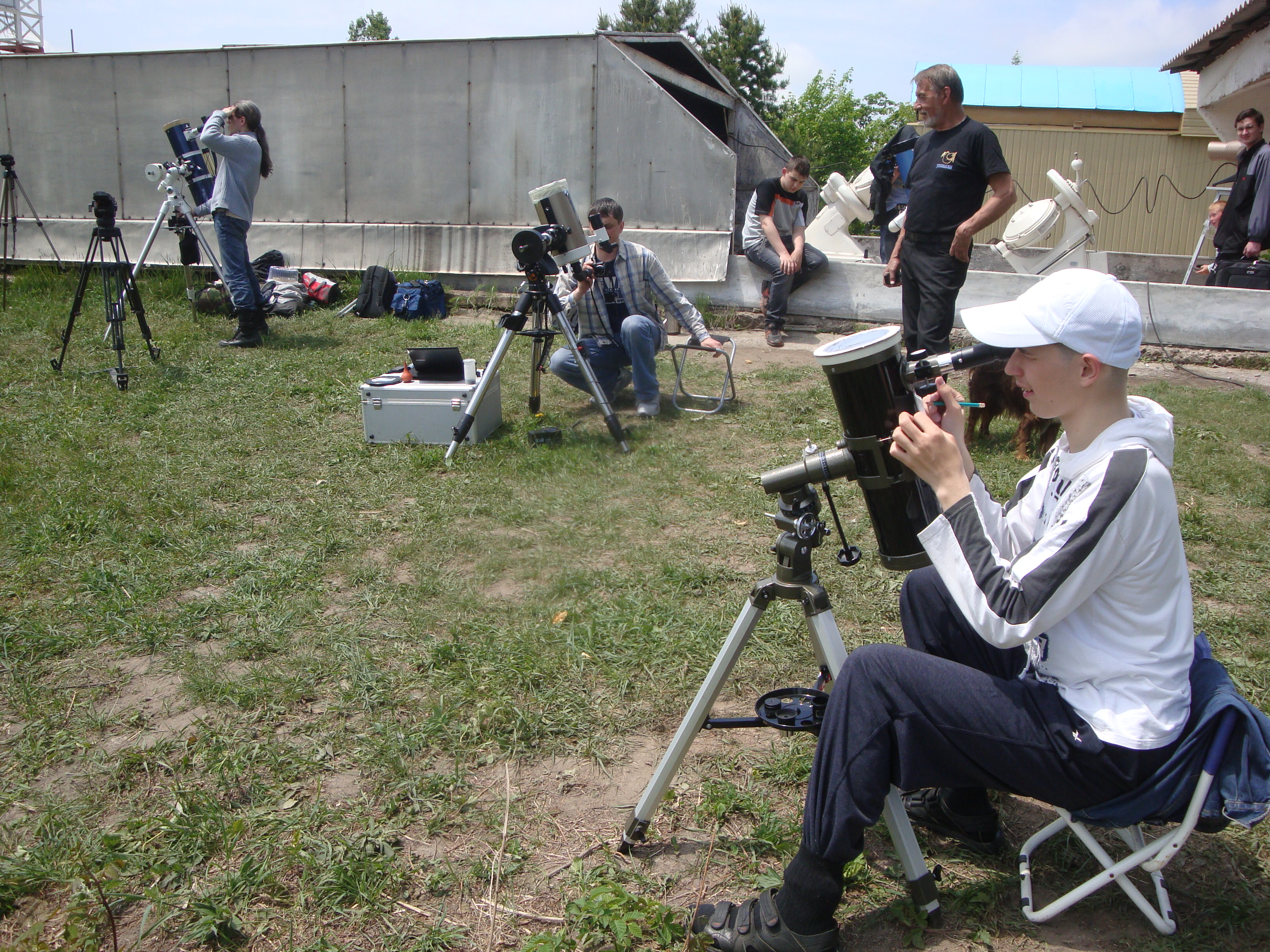 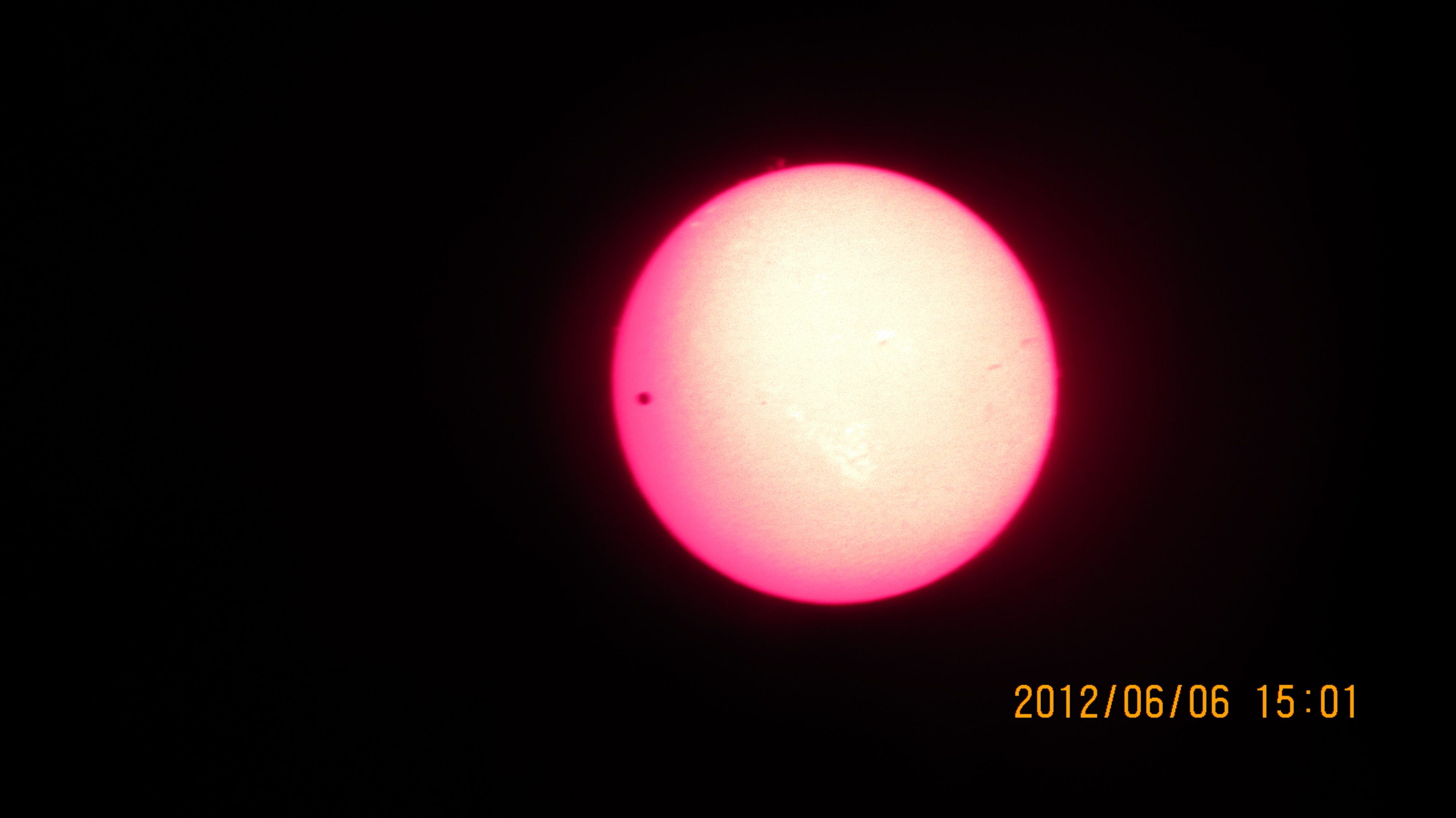 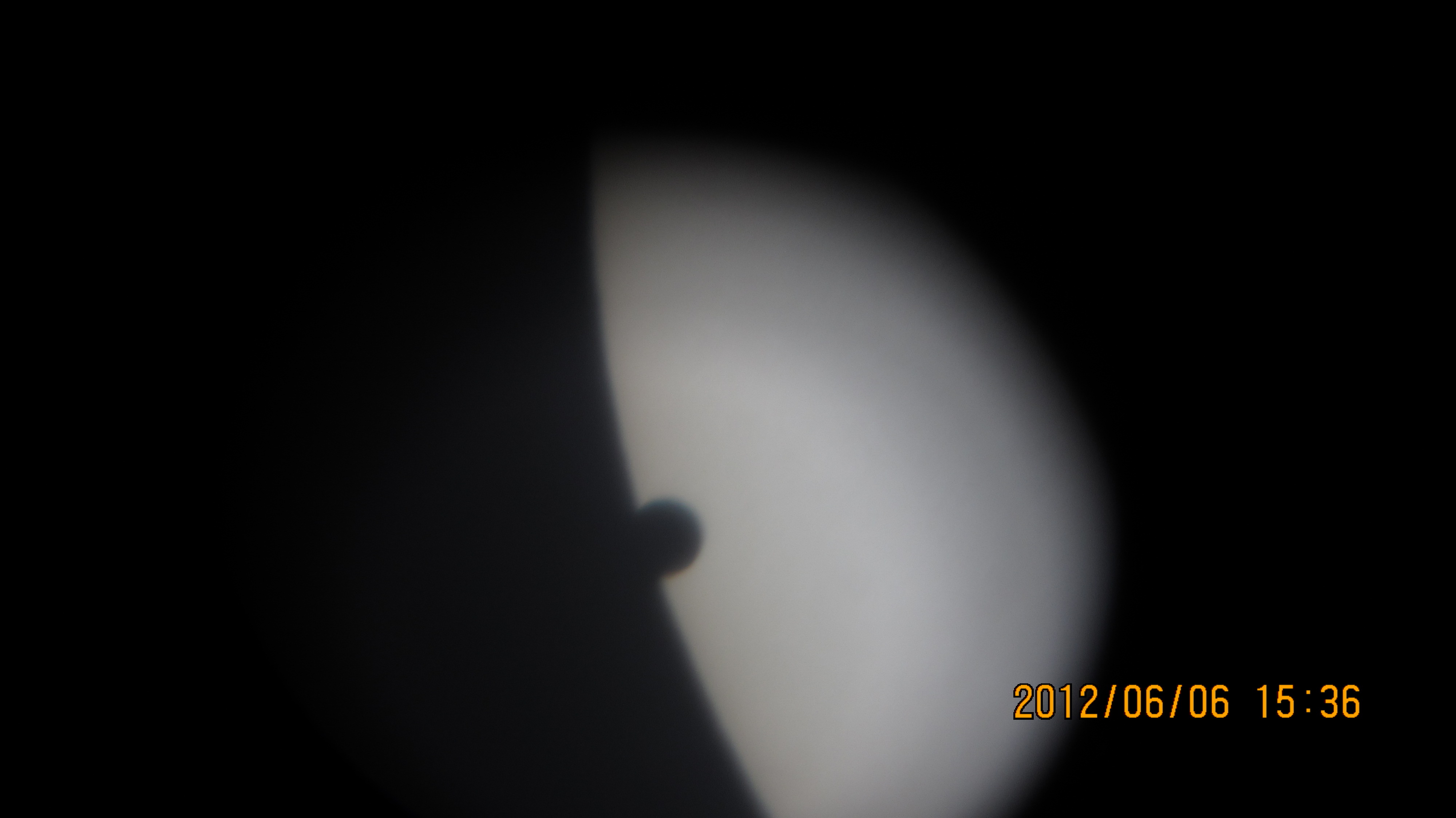 Wow! amazing transit images, I would have loved to have seen that, so big compared to the tiny dot of Mercury last year. Pity I will be dead for the next transit

knowing my luck it would be cloudy anyway!
Alexandra

Filipp:
Welcome to this worldwide forum.
It sure is nice to see a young 15 years old kid setting up his instruments for a Venus Transit, it reminded me that when I started with the hobby in 1950 I was 12 years old.

Seems a long time ago now

Welcome Filipp. I very much enjoyed your post.....keep imaging the sun

Welcome Filipp. Great video and pictures. As with all things astronomy related there is no substitute for lucky weather

. So where has your interest taken you in 5 years?

Thank you all for your kind words! I started to study astronomy on my own in 2009 (I was 12 years old). Since then I have seen many astronomical phenomena: 5 lunar eclipses, 2 solar eclipses; occultations: of Venus, of Neptune and of Aldebaran by the Moon, occultation of the star by asteroid. I saw 17 comets, 9 near-Earth asteroids, 7 Novas. I observed Perseids and Geminids, aurora 17.03.2015. I observed many different conjunctions, artificial satellites, atmospheric phenomena and other. I also discovered 34 variable stars.
I observed different sunspots several hundred times over the years, including the transit of Mercury in 2016. But the transit of Venus is the most memorable phenomenon. I will publish here the most interesting observations of the Sun.
For example - another transits, photographed by me (in 2013; the equipment was the same). This is the ISS solar transit: http://transit-finder.com/galleryitem-34

Wow! you have seen and discovered so many things

well done! do keep sharing these images as they are fabulous

A warm welcome to SolarChat Filipp

Welcome Fillip .The transit was a very special event.

Thank you all for your appreciation of my photo report.