I was working on Saturday morning and made my usual scan of several astronomy sites and when I got to SpaceWeather the solar disk form SDO was looking pretty bleak so I didn't feel bad about heading into the office on a sunny day. I got home and finished lunch around 1pm, and decided to take a look anyway. I'm glad that I did as I was pleasantly surprised by a spot of activity, which I am assuming is the remains of AR2749. The camera also picked up a nice bit of prom activity on the NW limb too.

The images below were all taken through the LS80T/DSII/B1200Ha, First is the full disk which used the PGR camera (ICX674 CCD), and is a composite of separate disk and limb frames: My modded scope is still not re-assembled after doing a major cleaning, so I added the 3x tele-extender and switched to the ZWO174MM camera to try some higher resolution images. First is the active region, which according to todays SpaceWeather is part of the old Cycle 24: The next image is of the northern part of the disk where a small filament is located on the east side of the image and a small spot of activity in the lower right corner which is part of the new cycle: The final image is the proms group on the NW limb: 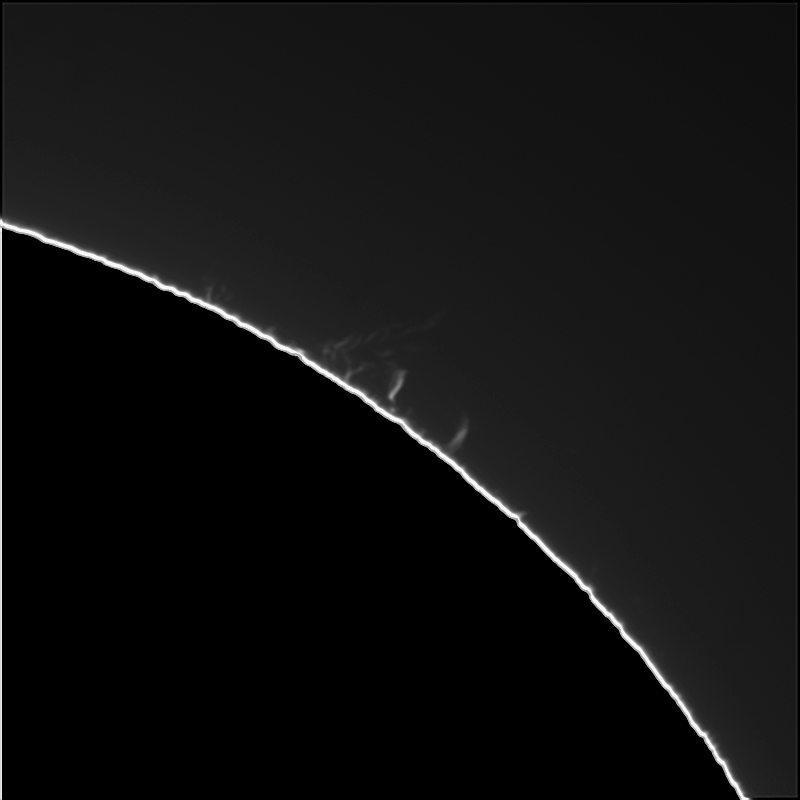 Now, is it me or has the NW limb been the most active with proms over the past 6 months or more? I don't recall nearly as many showing up along the limb at other locations nearly as much as on the NW quadrant of the disk.

That's it for the astronomy part of the weekend, into cloud and light rain so far today.

The corn crop around our property was harvested earlier in the week and the Sandhill Cranes have been spending the day there scouring the ground for bits of waste corn. Here are a few shots taken late in the afternoon with a Canon 60D through my William Optics 70mm ED refractor. I was shooting through the grasses and weeds in the fencerow and the strong wind caused a bit of blurring along the lower edges of the frames as the vegetation blew in the wind: 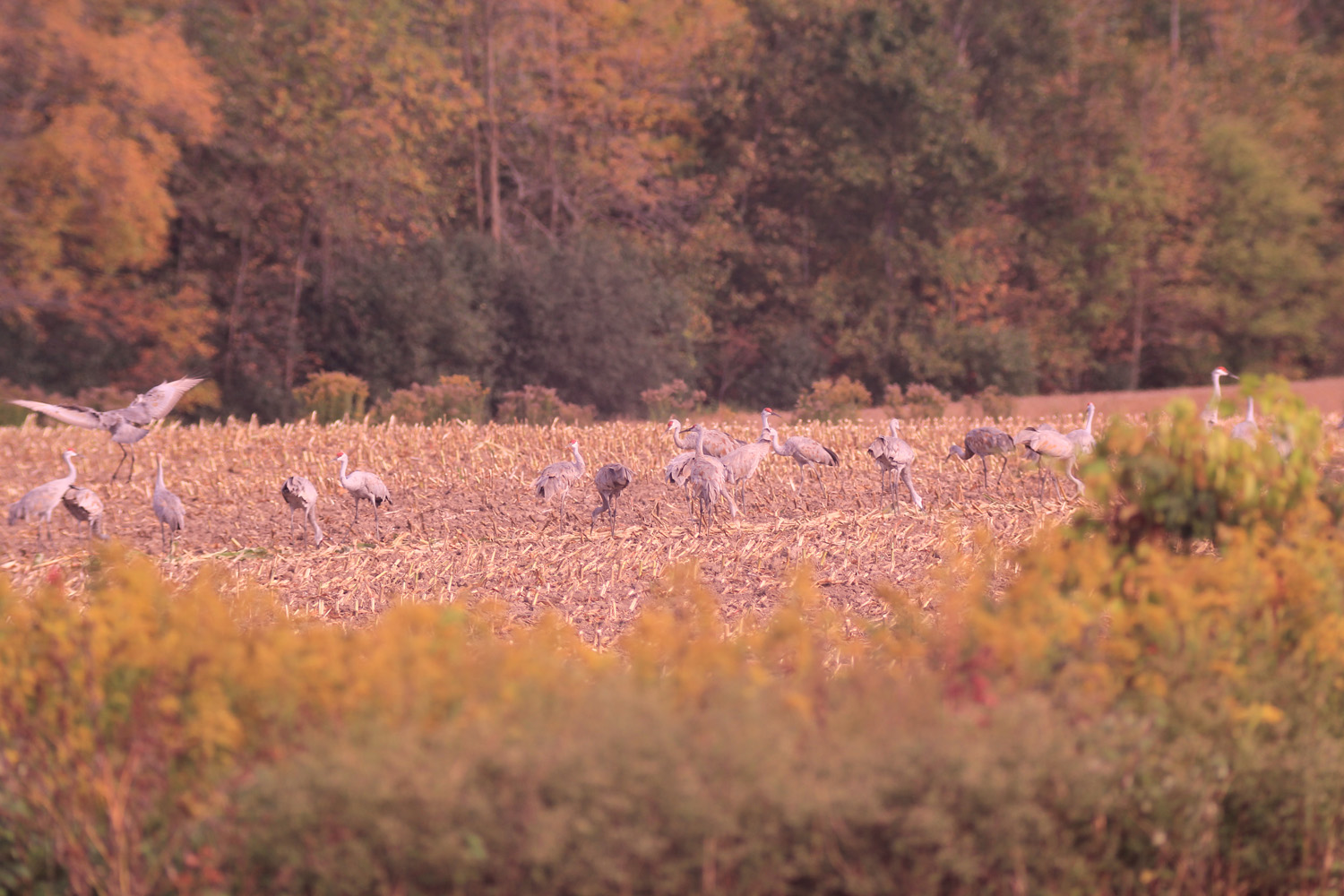 The annual migration of these birds has become a local tourist attraction in the past 10 years when they first started to appear. They arrive spring and fall, but spend a lot more time here in the fall as they scour the ground during the day for waste grain after wheat/barley/corn harvest. There is a small, shallow lake a mile north of our place where they spend the night protected from predators. We have many cars stopped along the road throughout the days the birds are visiting, and actually had 3 people from Toronto stop in to view with me. With an hour and half drive for them they figured I was pretty lucky to have them in my back yard

All images, include the nature are nice!

A quiet sun, but activity in nature Brian.

Thanks for your comments on the solar and nature pics, they are always appreciated

There doesn't seem to be many dull moments in Halpha at the moment, lots of proms and the active region is small but sweet. I always ignore the WL on Spaceweather as it is always blank

Love the full disc Brian and the close ups and most of all the Cranes, you are indeed very lucky! Treasure them!
We don't have any Cranes in the UK but the RSPB is trying to change that by a reintroduction program. All ours became extinct 400 years ago because of you guessed it...us!
https://www.rspb.org.uk/our-work/bringing-cranes-back/

Thanks for your comments and feedback, it is always appreciated

Alexandra, the plan to re-introduce these cranes looks promising...hope that it works out. I also hope that it works for all involved...there was a plan to re-introduce wild turkeys in this part of Ontario a few decades ago, but it was a little too successful and they have become quite a nuisance as their numbers have swollen with few predators and an ample supply of grain crops to nourish them.

Great shots of the sun, and cool pickies of the cranes! Always nice to see what is going in different parts of the world for us all.

Great solar images and the those close up Earth shots are a pleasant diversion. You live in a beautiful part of the world.
Thanks, Brian.

Wonderful images, Brian, all of them, including those wonderful Cranes.

Thanks for your comments on the solar and birds images...much appreciated