The skies were reasonably clear last week and the Sun's surface features were still rather uneventful so I took the opportunity to image with the PST double stacked. The objective was to consistently produce an acceptable full disk image with detail over at least most of the surface and devoid of the usual hot spot which required a lot of post processing to control.

I re-read the recent posts pertaining to PST imaging and searched through old ones. While most suggestions dealt with tuning between the etalons and adjusting tilt, which I found very difficult to determine on band with a blank sun, other suggestions mentioned placement of the disk in the field and rotating components. I would try them all. I had previously removed the black box from the PST and set it up for straight through imaging. All components could be rotated individually.

To make a short story longer picture this. The front etalon, the tilt mechanism, the main etalon, blocking filters, and camera. All can effect the image and all are interrelated. So, five degrees of freedom for a non optical engineer to contend with. After a while it was determined that the rotation between the front etalon and tilt mechanism was unnecessary as was the main etalon rotation in relation to the objective lens (optical tube). Both were tightened to their original positions. This simplified things a little.

Monitoring a high contrast, over exposed image on the computer screen, the solar disk was kept centered on the hot spot (sweet spot?). While making rotational adjustments to the double stack the spot could be moved closer to the center of the field. Minimum tilt was used to move the reflection just off field. Camera rotation helped as well. The PST eyepiece holder with the blocking filters still intact was rotated and the obnoxious glow off to one side of the disk was reduced somewhat. Progress.

Tuning the etalons on this double stacked PST was done by slowly rotating the main etalon counter clockwise in steps and adjusting the double stack to increase the intensity of the hot spot. Luckily there was a bright region near the limb to watch. Exposure was adjusted to maximize visibility. When contrast between the surface and the active region appeared the best, I centered the disk on the hot spot, lowered exposure and contrast, and hit record.

Unfortunately, these adjustments did not completely eliminate the brighter center produced by this PST and post processing was still required. I decided to use a flat frame to help with uniformity. A diffusing material was placed over the front of the scope and exposure time was increased along with gain to approximately match the original histogram. With this diffuser the exposure needed to be increased to 1 sec. That produced a noisy flat and was median filtered before applying. Minimum post processing was required for field illumination but now I notice Newton rings that I had not seen before. 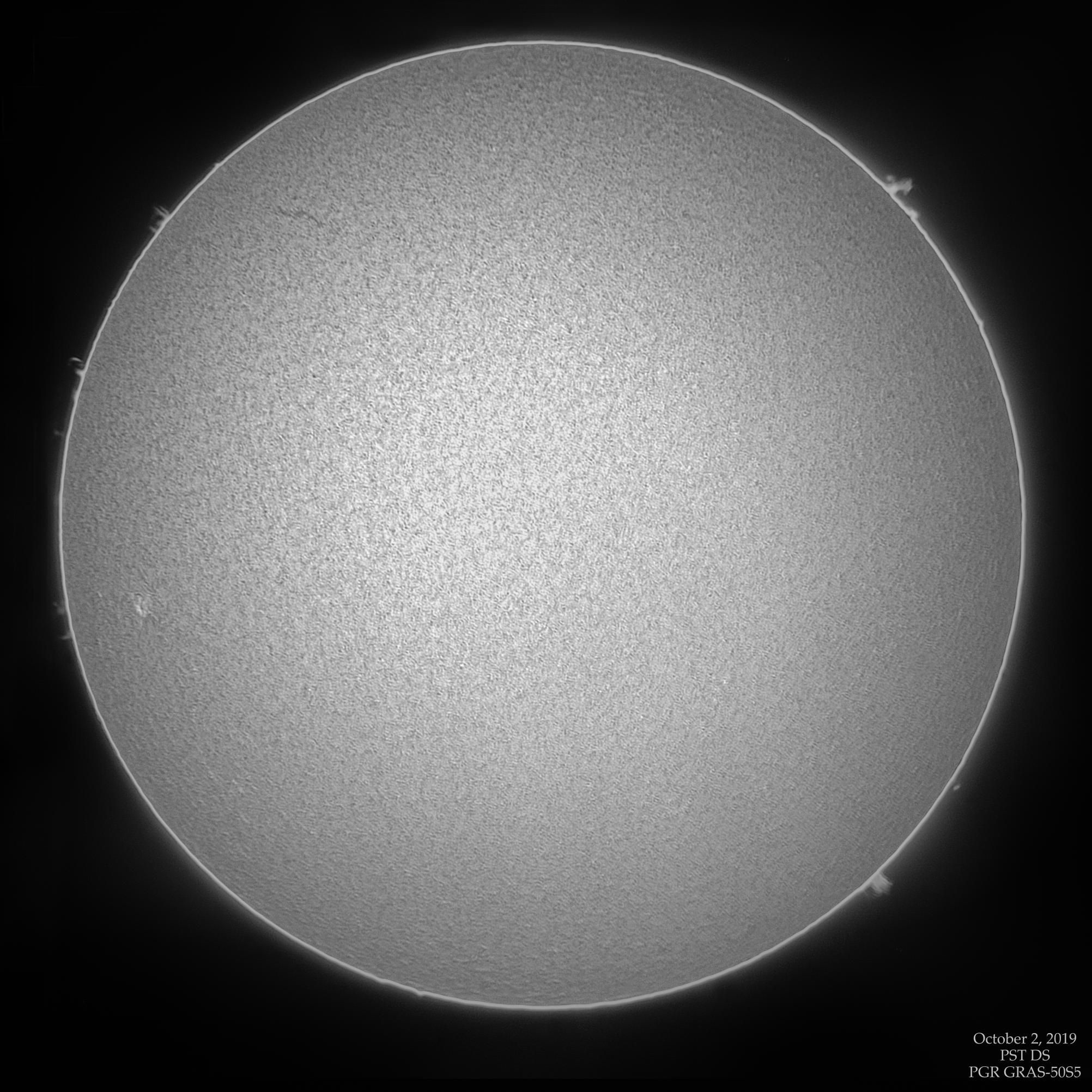 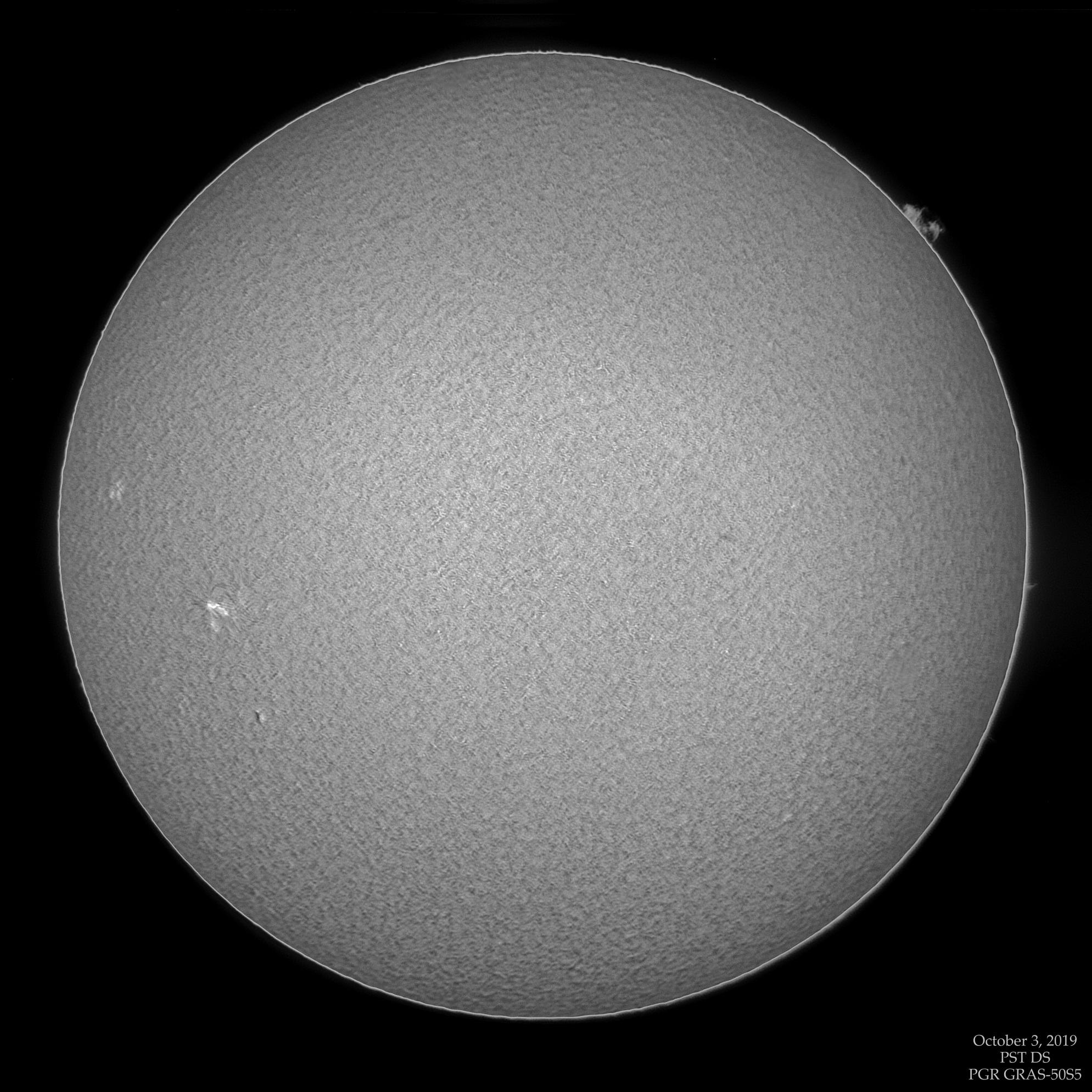 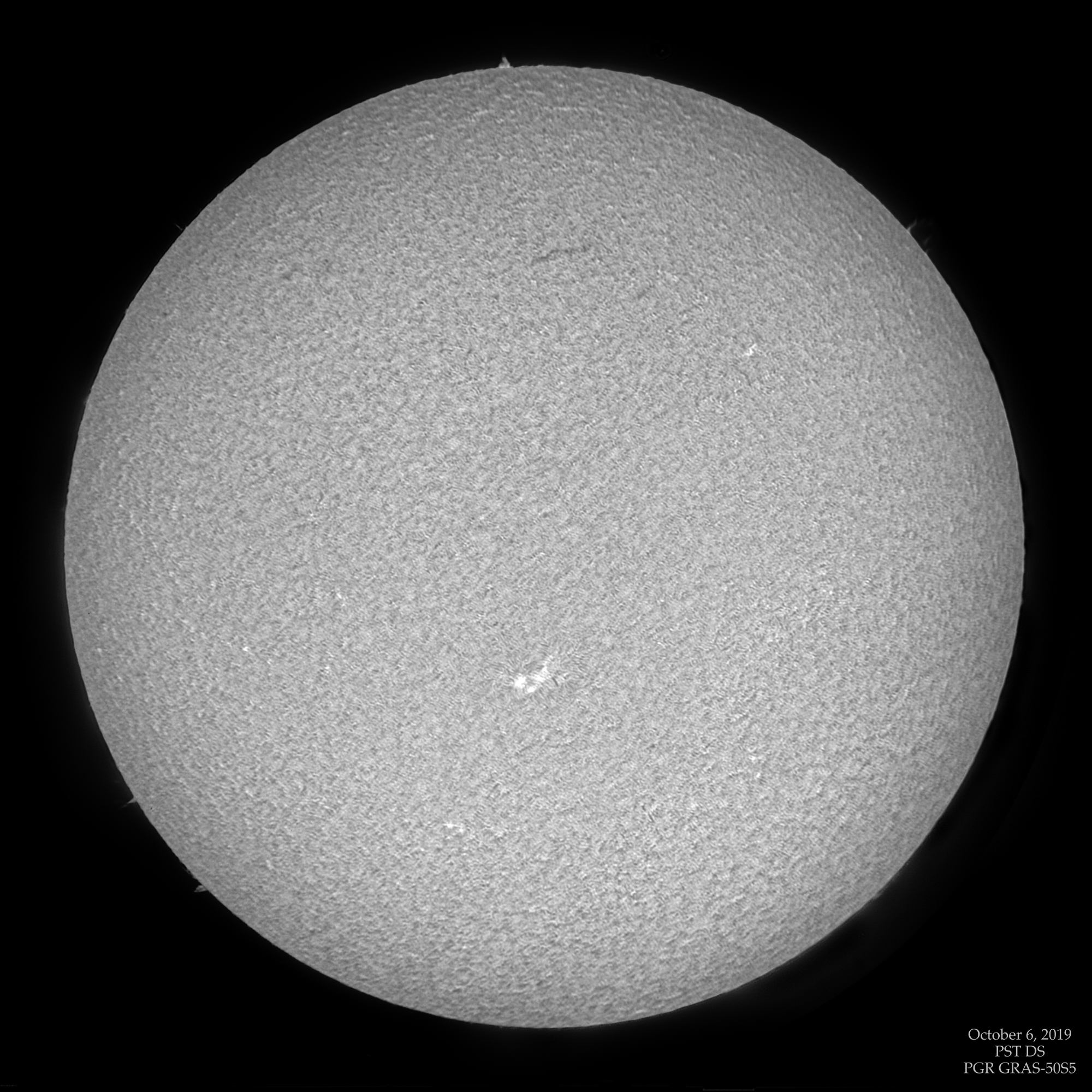 You got a nice set there Phil.

Pretty cool Phil, and good details are definitely seen! I think you have it dialed in as much as it can be.

Well done Phil, these are terrific

you worked really hard to achieve the best possible results

Thank you all for the kind comments.
Mark, your encouragement is always well received.
Marty, I much appreciate your practical solutions to problems. Most recently the cereal bag flat and source for the adapter to put this together.
Alexandra, the spectacular PST images you present really serve as a guide and a goal for us beginners.
And to all the other members here who provide knowledgeable and unpretentious advice, thanks.

So now, to gild the lily before retiring the PST, awaiting a more active Sun, here's the final take from October 6th. 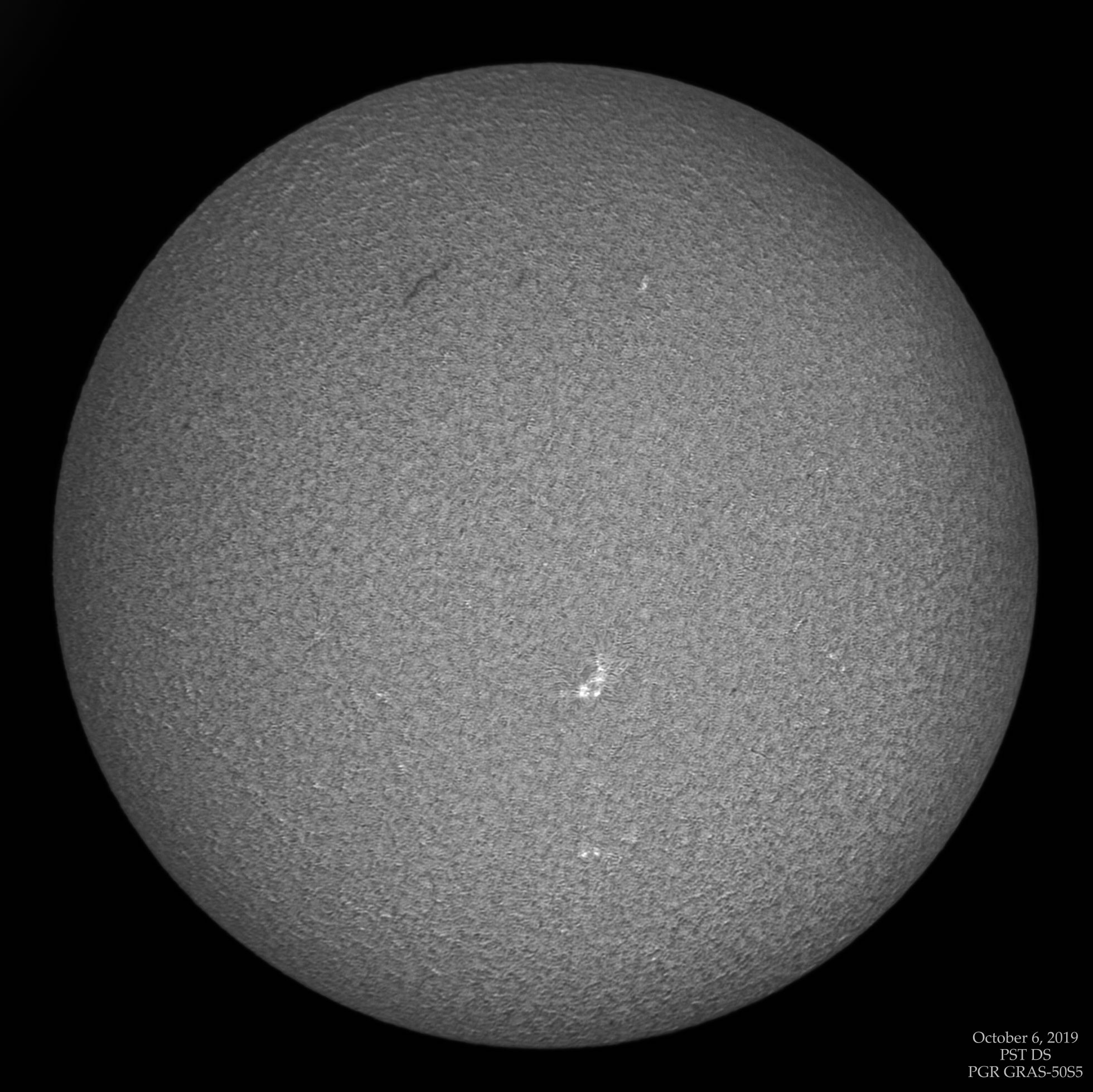 Your persistence and hard work paid off. Lovely FDs

I’m jealous you got 6 days in a row to image.

Thanks Stu, Franco, Brian, and James. Six days in a row was exhausting, I had to take the next day off.
Eric, interesting info. I too image before lunch. Too many obstacles in the afternoon.