). It has been close to 2 weeks since the last session, so I was hoping to get a little time in. The morning cloud did not start to clear until close to noon, and even then a band of thin cloud lingered in the south. I made a trip to the observatory to try anyway since waiting for the cloud to clear might be a waste of time.

Throughout the session there was thin cloud drifting across the view causing the details to be washed a bit and brightness of the recording to vary and the seeing was poor...I didn't have high hopes for much to come of the images. Also, the air temps was hanging around -3.5C most of the day.

All the images were taken through the LS80T/B1200Ha solar scope and it was double stacked with the LS75FHa front mount etalon. Despite the complete lack of details visually, there camera managed to show more...a couple of small bright spots along the equatorial region of the disk and a number of small filaments as well. The clouds made it difficult of get the proms...one minute they'd fade out as the cloud thickened and then saturate the exposure as a less dense part of the cloud deck drifted by.

The full disk image below actually came out better than I expected, but no limb image due to the conditions described above: 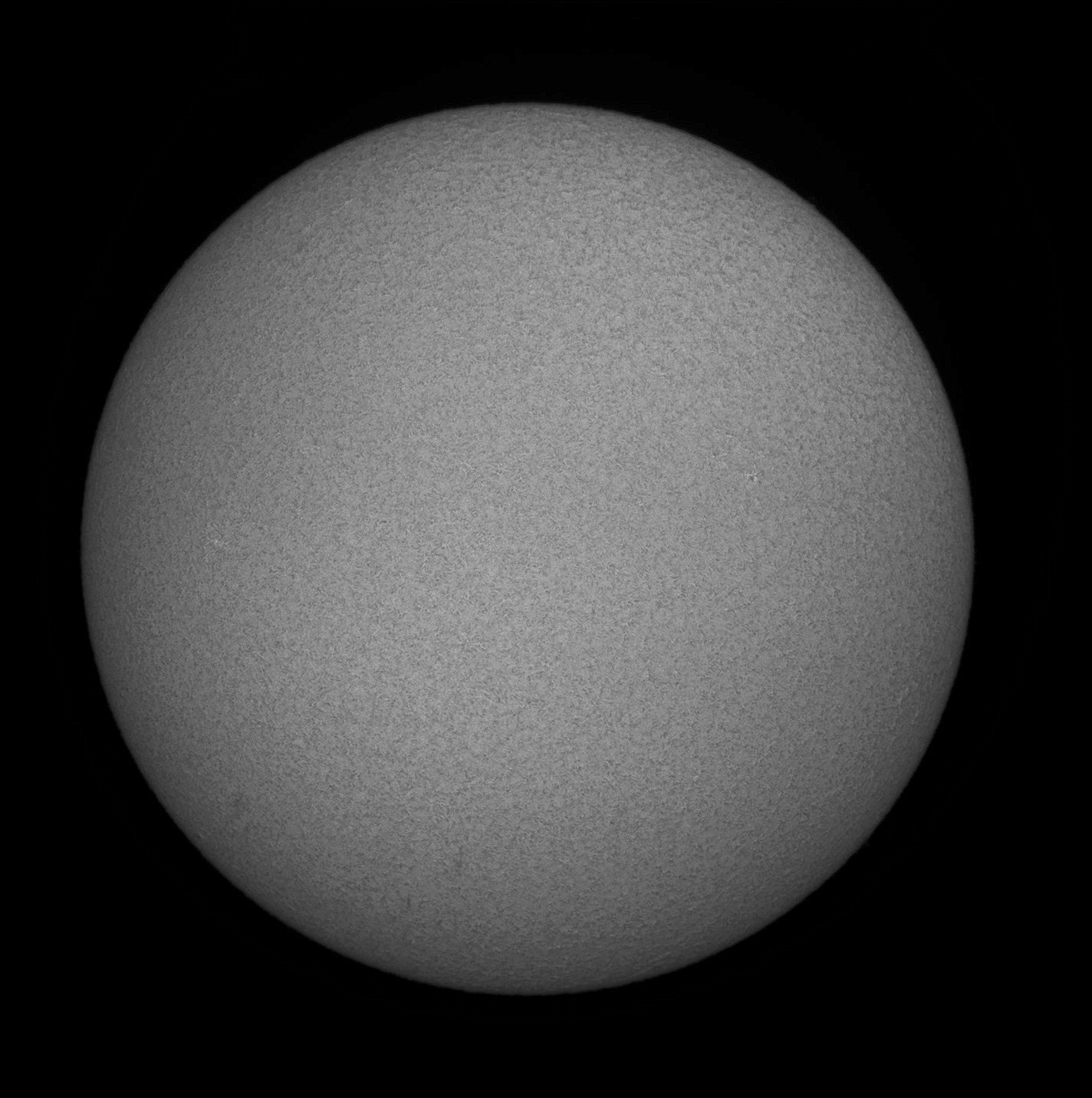 The small bright spots along the equator kept me out and I tried to boost the image scale with a 3x tele-extender and switched to the ZWO174MM camera. The spot on the eastern limb only showed a bright core, where the once on the western limb had a little more structure : 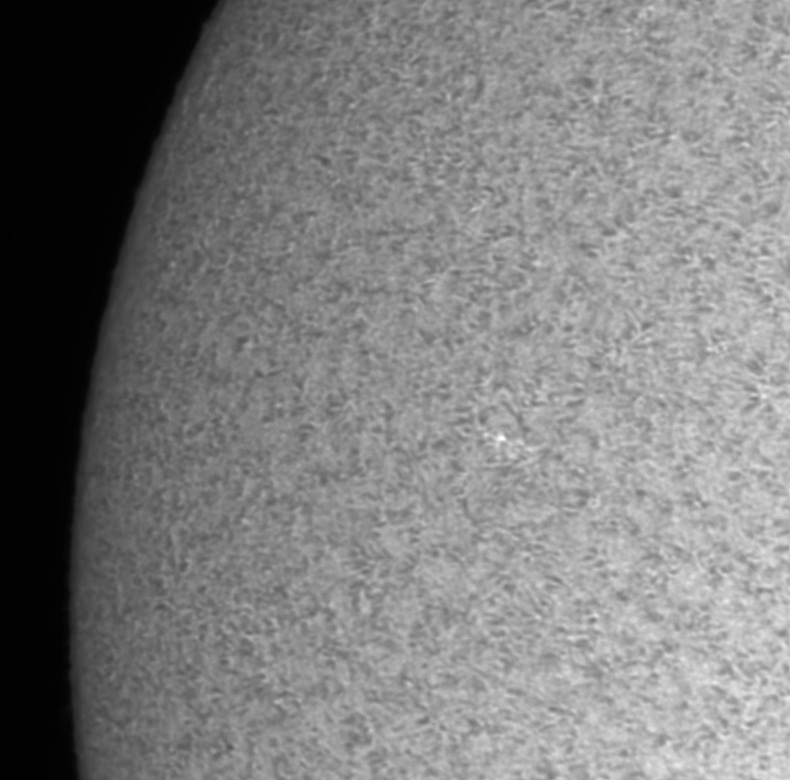 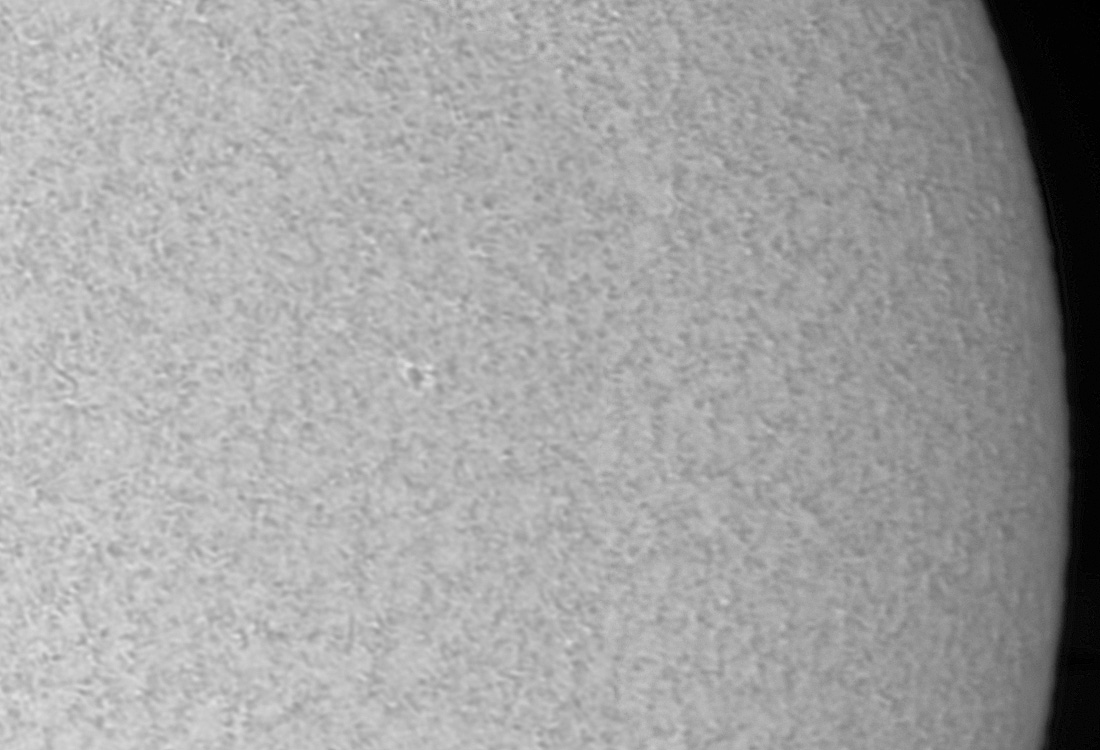 The last attempt to get any images was to cover the small filaments, but on closer look the southern polar region had numerous bright spots as well. The image below is a 5 frame mosaic covering this area:

That covers the session for November 30th...happy that I was able to capture any details at all

So far the predicted storm is still a few hours to my south-west...I marked my place with a black dot above the 'Peterborough' label on the map. 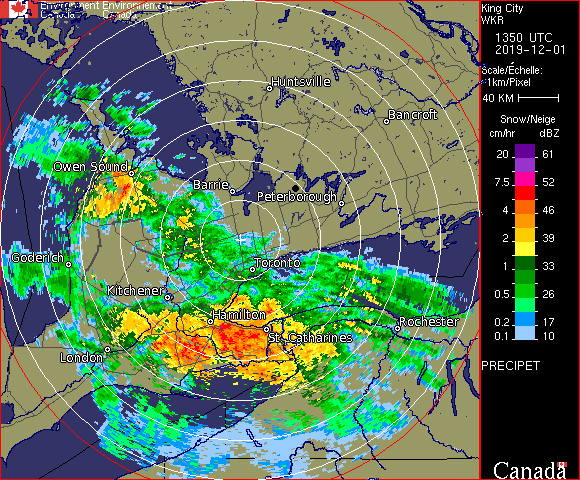 As usual, I'll believe it when I see it

Thanks for the feedback Rainer

I think we are all eager to get more activity...seems to take forever though

That is one beautiful full disk, Brian. Very uniform and with great detail ! Here it is snowing at this time...

Nice images there Brian. Sounds like winter is closing in on you; we've had a clear and frosty weekend here. Temperatures a couple of degrees below on the night, couple of degrees above in the day. Tomorrow is forecast to be clear and I have a bonus day off so going to see if I can grab a full disk in between the tree branches. Post a pic of the snow when it hits!

Thanks to all for your comments and feedback...always appreciated

This storm system in quite large, and has hit a large part of the US over the Thanksgiving Weekend and it crossed the Great Lakes in to Ontario this morning. We have had snow falling with strong winds since late morning, but the freezing rain has not made it this far...thanks fully. Massive hydro outages in the south-western part of the province due to fallen trees and hydro lines with the extra weight of the ice. Mark, I'll get some pics of the snow in the morning.

Lovely images Brian, you were lucky to get a good session in before the snow. I bet you have to dig the observatories out of the snow before you can use them again. I do love snow but not on a work day

we had a lovely cold weekend like Mark said but I bet it will warm up again mid week.

My thanks to each of you for your feedback and comments...always appreciated

We were lucky only to have snow to the north and east of Toronto as the roads never became terrible to drive and we missed the freezing rain that put hydro out for many on Sunday (still a few localized outages). We had a strong wind that blew the snow around so it is hard to say what actually fell, but my best estimate is 6-8 inches. I had to blow part of the lane way out when Madeline came home around 10pm Sunday night as the snow had drifted in front of the garage doors...waist deep. The wind died down over night and we had more snow, so after work today I was about an hour an a half clearing the driveway, access to the wood pile, and the observatories. I always have to sweep the snow off the dome before opening it, and the two roll-offs need to be shovelled/swept off after big storms, but the wind usually will blow them clean if I can wait.

I have posted a pic of the yard with the fresh snow on my Flickr page...taken at noon on Monday about 24hrs after the snow started:

There are several albums on the page...take a look around when you have chance

Brrrrr..... winter has arrived, Brian. Keep those thermals handy for the deep freeze over the coming weeks.

Hi Brian - the discs are crisp - not much going on though! I have not been out for some time - not much action & very hot. Glad you got the session in.

Thanks for the comments Matt...much appreciated

As for the snow, I was surprised at how much fell and the low last night was closer to -18C which was colder than expected. I know many here who would gladly switch to the heat you have Matt

I missed a clear day today due to conflicts at work, maybe a few clear days later in the week if all goes well.