High pressure brought clear skies to southern Ontario yesterday (Saturday), and a chilly -16C during my late morning imaging session. Most of the equipment work well enough in the cold, but getting the DS tuned on the LS80 solar scope was not easy and I finally gave up and grabbed images as best I could. I think the full disk suffered the most since the smaller FOV with the 3x tele-extender kept the frame more uniform.

The first image is a full disk composite assembled from separate disk and limb exposures taken through the LS80T/DSII/B1800Ha and the ZWO 1600MM camera: I added the 3x tele-extender to the system and switched to the ZWO 174MMm camera to image the features in greater resolution. The were several filaments, small active regions, and some nice proms as well. The images below cover the main disk features: 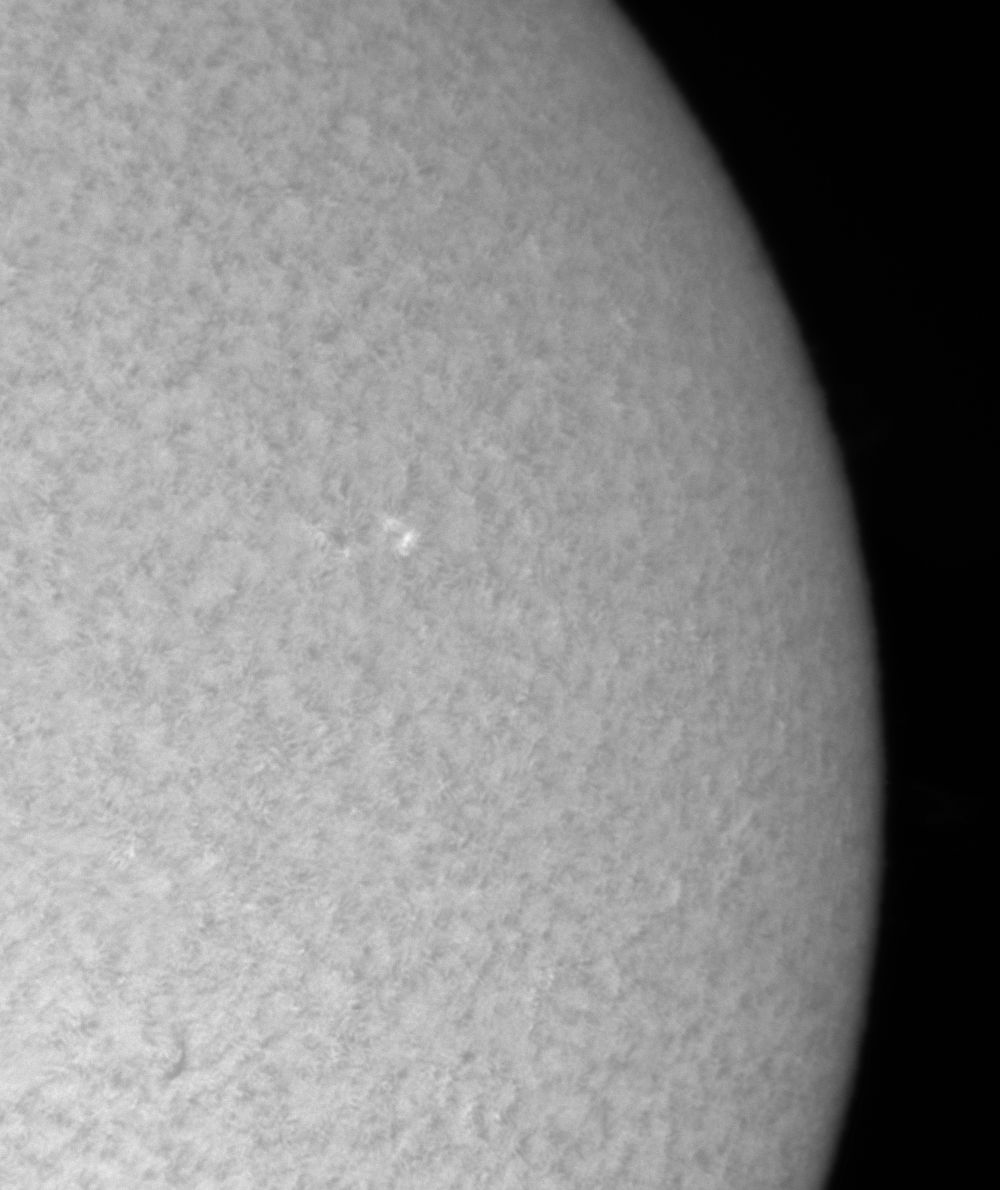 The seeing was better than expected in the cold, and the smaller aperture scope held up better than I figured the 150mm mod would so I sued the same setup to image the proms as the disk. The orientation is not correct for these compared to the full disk...sorry 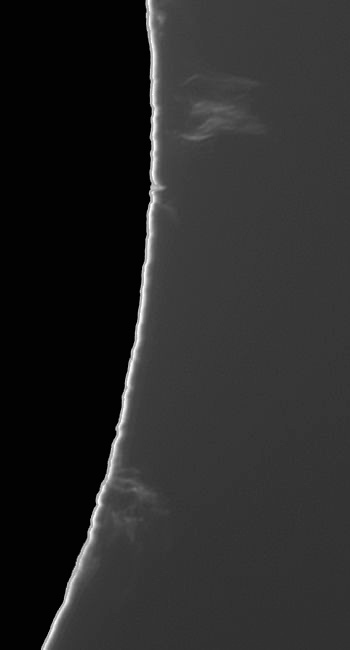 The next three images were taken over a short period and you can see the changes in the structure of the proms...to me it looks like a horse head peering over the solar limb

The small prom on the right changes the most ans does the little jet to the left of the horses nose: 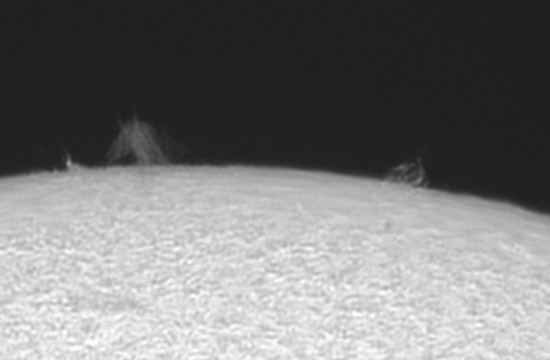 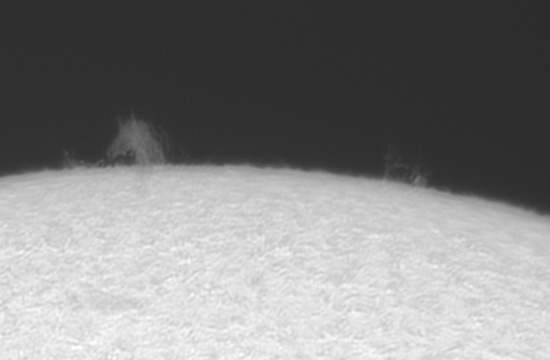 Below is a crude animation of the 3 frames:


This covers my last session...the weather forecast isn't looking promising for a few days either.

Brian:
You had a cold session but you got nice images.
Best regards,
Eric.

Brave man, going out in those temperatures

But looks like you had a productive session. Nice results.

Some beautiful images Brian, I particularly like the series of prom images

I can see the horse's head but it is the little plasma bombs which most interesting, pity you didn't do a longer animation, you should try it sometime

Very nice Brian! I have had so few observing sessions lately. Weather seems to be always cloudy with either rain or snow.

A beautiful set of images, Brian ! Great contrast and detail in the first images and I like the three image sequence at the end showing the structure of the proms. Well done.

Many thanks extended to everyone who commented on the session...always appreciated

The animation was more of an accident, having used that region to refocus frequently and catching a SER clip at the same time. I love animations, just limited on time to process many of them.

The cold was bearable since there was next to no wind on Saturday, so take the blue skies in Franco's equipment pic and add a foot of snow to get an idea of my views. I planned to take a pic but slipped my mind after I went on for lunch.

A very fine set of images, Brian. Just more bad weather here an more to come. Not cold, just wet and windy. No chance of any imaging for a while.

Thanks for your comments on this sessions work...very much appreciated

Stu...I hope you get a break in the weather! The winds in Europe have been on the news as well, so hopefully no damage for anyone. There was some flooding reported too, but I didn't catch the location in the UK.

Hi Brian - there was a little going on & you captured it well.
Still laugh out loud with our temperature differences.
Not so funny are were the awful bushfires across our country recently - the current rain events have basically put some of the big one out / under control but we are now seeing flooding!

Thanks for your comments on the images

I agree the differences in temperature are wild...and it can swing 20-30 degrees here in a few days too. I saw the reports of rains helping to control a lot of the fires but terrible to see the flooding that resulted from it.