I had a clear, cool day yesterday and time to work at the scope for several hours starting late in the morning. I found several oversights in the setup of the new mount/scope assembly, mainly cable issues which I think are now resolved. The one remaining problem is that I wasn't seeing any life in the SSM module when I hooked it up, so I need to check it out more. A modified Lunt Wedge/B1800CaK module with a Baader K-Line filter mounted in the camera nose piece was used for the CaK image, with the scope stopped down to 115mm: 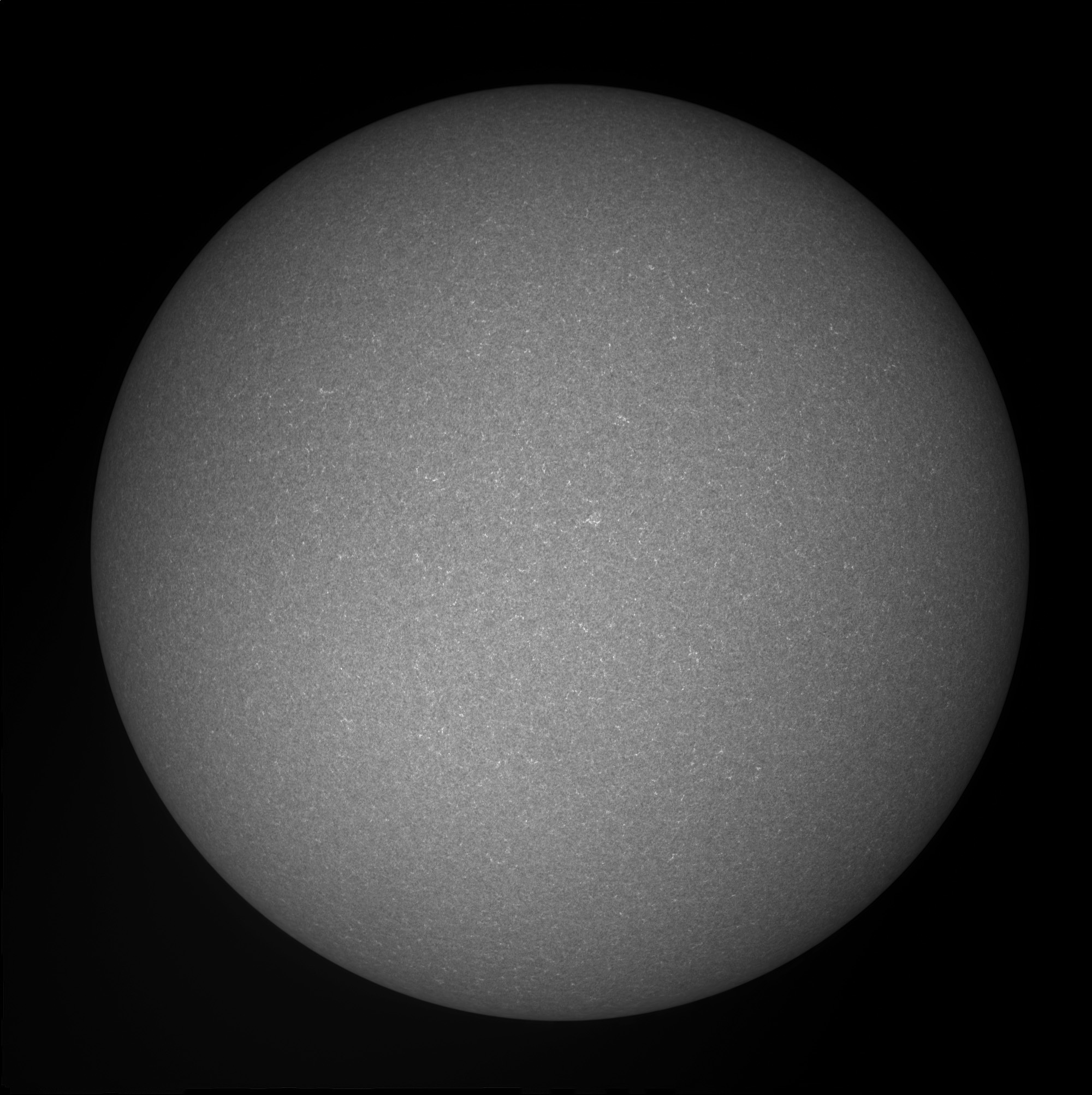 Full disk Ha images were taken with the Lunt LS80T/B1800Ha solar scope and ZWO174MM camera. Both are full disk composites of separate disk and limb images with the limb inverted. Overall the disk is pretty blank, with a faint filament in the south, but numerous proms. The first image is in single stack mode, the second has the DSII module installed. I am not happy with the tuning in this image, but this was the best of the DS images: For higher resolution images I moved the DSII module to the CR-150 OTA (150mm, f8), with a 3x tele-extender ahead of the 174MM camera. The first images are some of the few areas showing activity on the disk: The image below covers the same area as the last, but with the pressure tuner set to 0 PSI which acts like a deep red filter...and it brings up some of the granulation: The following images cover the north and south polar regions which show a lot of details:

The real show of the day were the proms...not massive structures, but many of them had fine details: This covers the images taken during the session.

Questions and comments are always welcome.

Brian,
Looks like a very productive imaging session to me!

A fine set of images, Brian. Lovely proms and FDs.

Nice set of images there, Brian.

Always makes me chuckle when I see you mention "a cool day", knowing that would be something completely different by my standards

I was thinking exactly the same as Jochen above

This is a very fine set Brian, great to see you imaging in the other lights and lovely to see the polar regions too, but my favourites today are the prominences

You had a very productive session, Brian. You were able to resolve very well those faint prominences, that has been so difficult to do for many of us. A very well deserved SPOD !

Thank you to everyone for your comments and feedback...always appreciated

Also surprised to see my prom image profiled as the solar photo of the day too...thanks very much!!!