All,
Today's observation was very short taken through a gap in what was nearly an overcast cloud deck lasting from 2:05pm to about 2:25 pm EDT local time ( US ). Since I had to leave for work at three I had to wait until after I got home in the wee hours of the morning after working overtime to post it. Fortunately I jot down notes! Temperature was in the low 60s and I observed so quickly I didn't notice the seeing. I used really low power anyway.

Coronado SolarMax II 60 DS 16x and 21.5x ( Ha )
Both AR plages visible. I can see two filaments easily that are associated with the northern larger AR. The smaller AR to the south is visible too but is more difficult. A tiny filament is visible just off the disc center. One prominence seen on the limb not far from the larger AR. It's fairly tall and looks like a curved dim candle flame. Spicule mottling covers disc.

Lunt 8x32 SUNoculars ( WL )
No detail. I did not have time to grab the higher powered Orion 70mm scope. 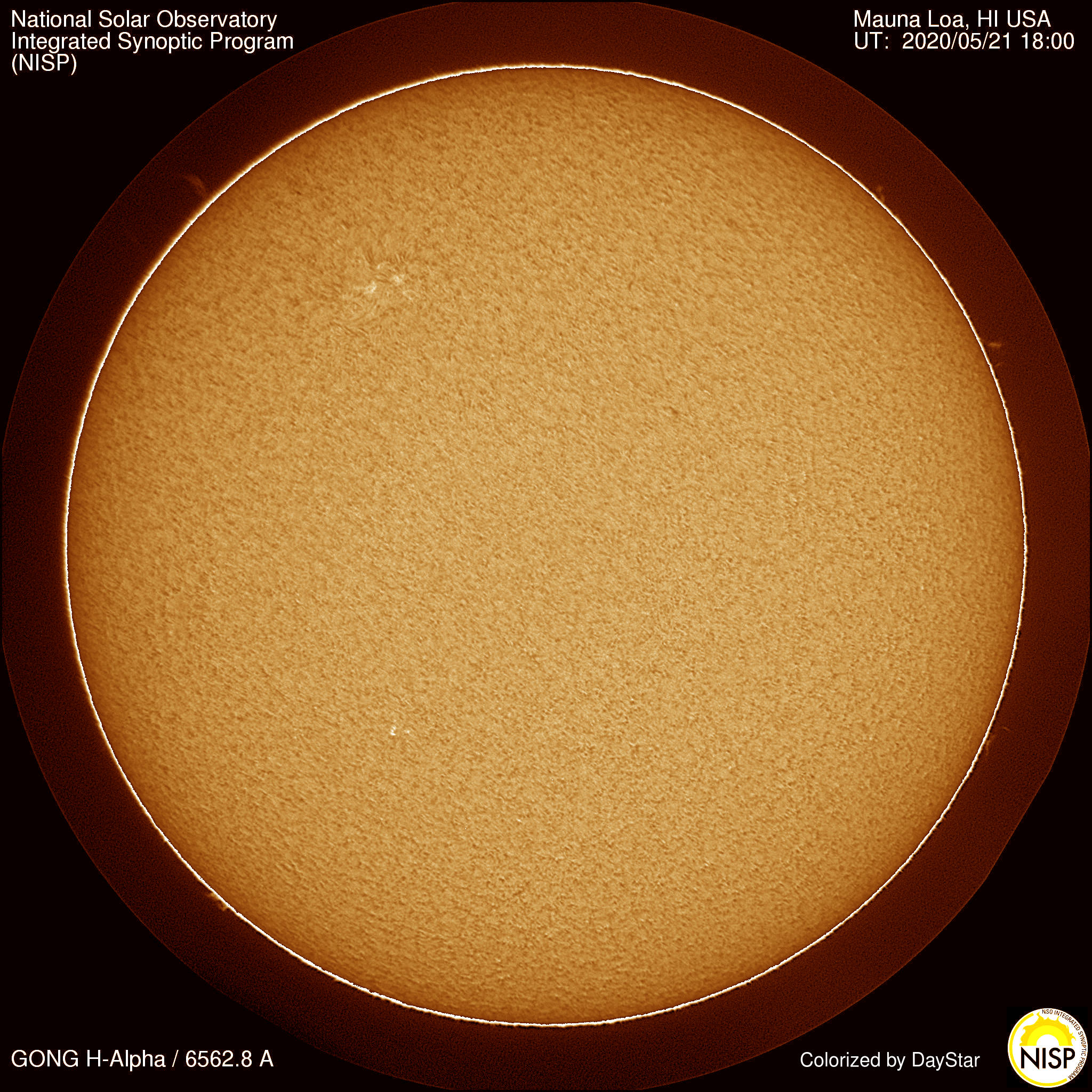 Short but sweet, any time viewing is a moment of tranquillity

I saw a double prom like a pair of bookends back to back at 5oclock for me and a thin faint jet up to the right.

Rest of day a washout due to light clouds.

Great report James, cloudy and windy for me today. Hoping the weekend offers some better conditions.

Hopefully you'll get to enjoy the session a bit longer next time.

Those filaments come and go and change in so short of a time.

The weather here in western North Carolina looks like clouds and rain for the weekend and coming week ahead. I guess I am now paying for that long run of good weather I had been enjoying up to last weekend. I had hoped to observe the Sun today to the tunes of Celtic music. I can still listen to the music though!

Keep posting. All of you people are my eyes to the Sun on cloudy days, along with the SDO and GONG network.

Too windy here, plus there's a strong risk of catching a rain shower. Not great once the equipment is set up.

I have a strong line of storms moving in now. Raining hard outside.

Thanks for your observation report. Looks like both ARs are maintaining or declining.

The northern one is holding together. The southern one is declining. I could not even see it in the eyepiece today.