Today the sun came out long enough for me to get a short observation just before noon. It's really humid with a temperature of 75F. Seeing looks pretty decent.

Coronado SolarMax II 60DS 16x and 21.5x ( Ha )
4 prominences visible. One is a sizeable hedgerow prom on the departing northern limb. I see 5 filaments in the northern hemisphere. They look like little dark dusky patches. I see one filament in the southern hemisphere. The northern AR is easy to see and is bipolar. Seen in two sections. I see no filaments within or near it. Spicule filagree covers the disc.

Orion 70mm Solar Telescope 25x and 50x ( WL )
I can see the facula to the AR with difficulty. Mainly because it disturbs the surrounding granulation which I can easily see as a very fine discwide texture. No pores or spots seen. 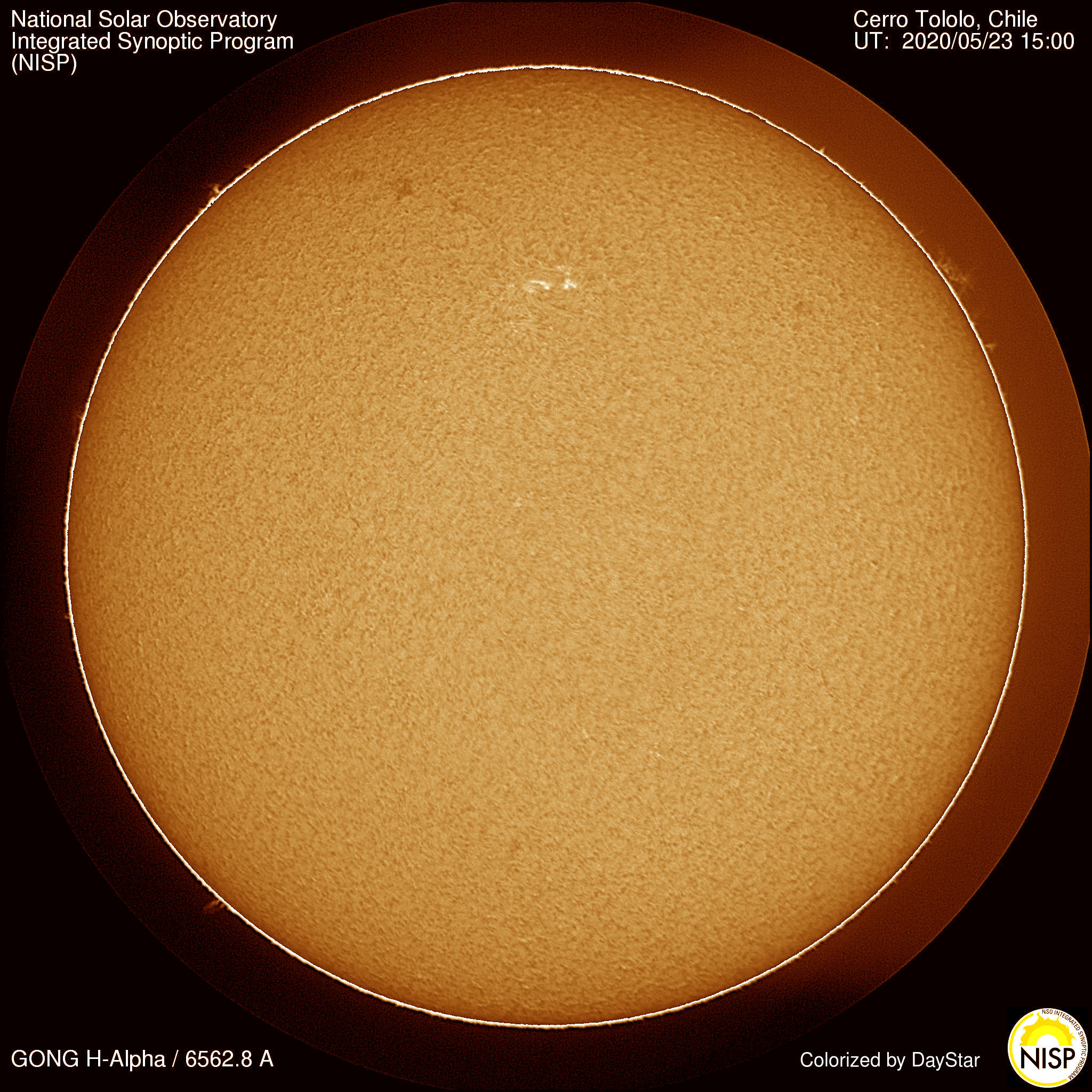 Good to hear you got a decent session in, James.

It was still short. Lot's of clouds still around and I am heading down to my dad's for the weekend. I am taking the SM60 and Orion70 with me.

Nice report. Stereo shows another AR beyond the east limb, let's hope it does not fade like the recent two.

I didn’t see the southern AR at all today. I am hoping for spots on the upcoming one. BIG ones!!

We have a holiday here tomorrow too. Memorial Day.