All,
Today I observed from 10:10am to 1:00pm EDT local time ( US ) The sky conditions are partly cloudy and very hazy. Seeing is very good at first degrading still to above average at 1pm. This is the best seeing I have had all year! I am glad by chance I used the 90 to take full advantage of it. The temp is running in the upper 70's.

Coronado SolarMax II 90 DS. 32x, 44.5x, 64x, 100x, 150x, 200x ( Ha )
4 major prominence areas visible. The largest being a hedgerow prom on the NE limb. This prominence shows outstanding detail in today's excellent seeing conditions. I can far surpass the GONG images visually today. I can see fine curls, festoons etc within the prominence with a dark gap underneath part of it. I brought my 7 year old grandson and 10 year old granddaughter out for a view. They could see details in it easily too. Coleman, the 7 year old was most fascinated. They really were wowed when I told them 5 Earths could fit within that wisp of red light. I saw one prom try to form just south of it only to die away minutes later. There is another prom with a shape curving south well below the big hedgerow prom. On down, there is another bright prom with an almost flat but slightly curved appendage at the top pointing south. It reminds me a bit of a tall thunderstorm cloud. I can also see wispy curls along the southern side of it and detail within the main body of the prominence. Another prom is seen on the NW limb with filaments nearby. It's got a rough dome shape but I can still see some shading within it. I also see a filament very close. It could well be a filaprom. In the SW I see a departing plage. I can see some detail within it too. I see a small number of tiny prom wanna-bees on the limb in the plage's vicinity. The spicule layer is glorious! I can see it decently even when the scope is double-stacked. In single stack I can use unusually high magnifications and can see the tiny spicule-blades. the seeing is razor sharp to above 100x. Even at 150 it is still sharp. 200x has some image degradation but still works unexpectedly well, but is a bit dim. But seeing the proms so big and close took my breath away. The spicules were awesome between 64 and 150x. I think this is the only time I have seen visual actually compete against lucky imaging in fine detail. Filaments were seen in the NE, NW and SE parts of the Sun. Though not overly spectacular I can see depth and height to them. They look three dimensional! The mottles on the disc are easy today too. I swear they are detail hinted within them too!

Celestron NexStar 102GT w/Altair wedge. 50x and 100x ( WL )
The facula corresponding to the plage seen in the Coronado is an easy target on the SW disc. I can see three pores within it. Two are side-by-side nearer the viewer and the third is ahead, nearer the limb. Granulation is very easily seen. 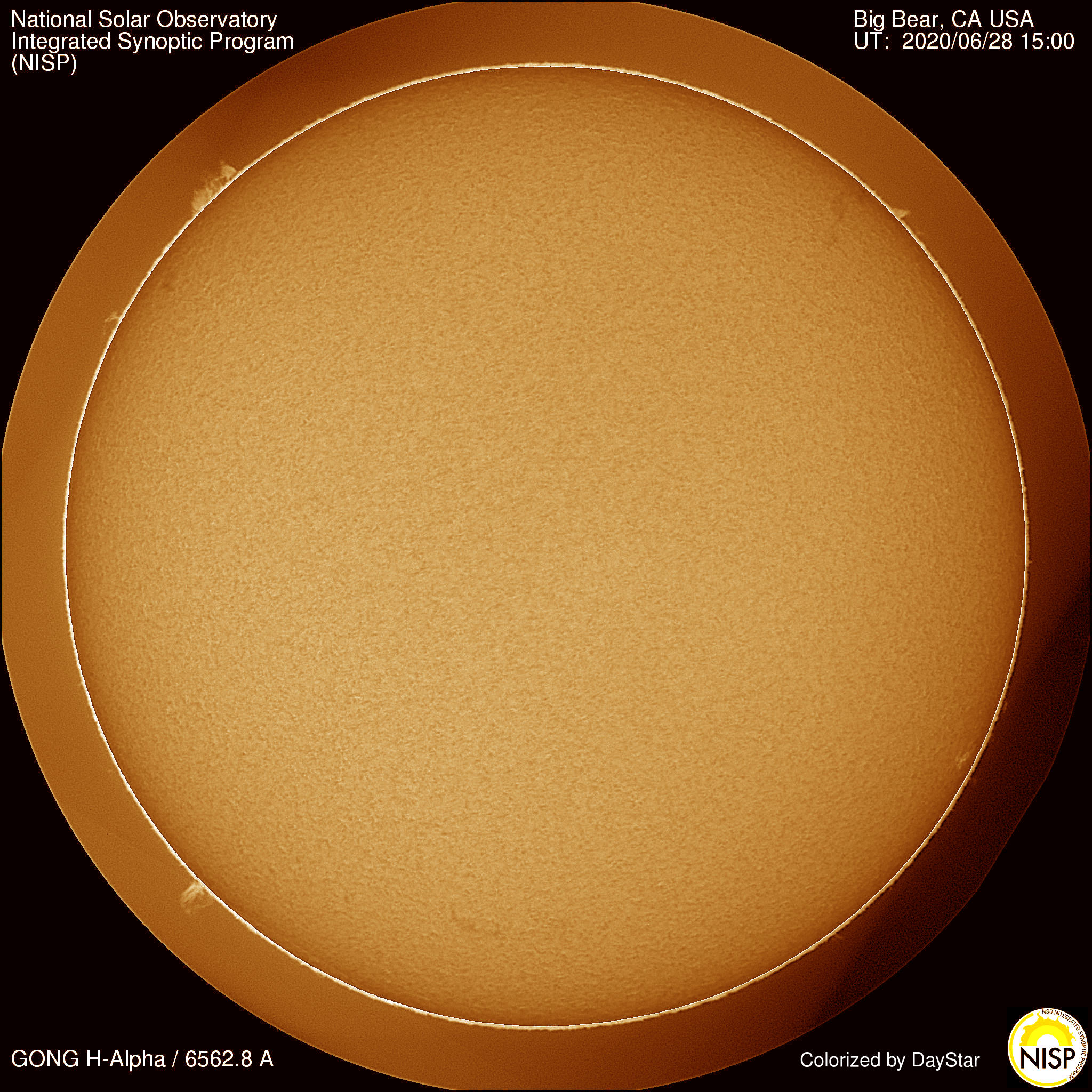 Excellent report James - thanks for posting - definitely worth you getting the big scope out today. 80% cloudy here in London but had some fine views when sky cleared - seeing here very steady too.

HM,
It was just chance that today's seeing was so good when I pulled the 90 out. I am sure glad I did. The 60 cannot usually get enough magnification to exploit seeing like this. Jack up the power and the detail just disappears. Not so with the SM90. It goes on and on!

Thank you James.
The AR that you have shown with the SDO image, does have two faint spots which if they survive will likely be AR2766 and hopefully remain to reappear in the days ahead on the SE limb...

Terry,
I do hope it makes it back around so we can see it again.

And good job planting the astronomy seed in the next generation

And good job planting the astronomy seed in the next generation

It's so hard to get it to grow in today's kids and young people. There are so many distractions. Things like TikTok, Twitter and Facebook and video games. I find that much fewer kids read today in comparison to my generation. Still I have hope. I can often tell the " type " that will be receptive to nature, science and astronomy. But they are out there. We all should try to find them. I think in general females are increasing in the study of the sciences and technology. Males are decreasing. Before I ramble on I will leave you to your thoughts....

Sounds like you had one of those magical Sun days

and it was great you shared it with the young ones too, I am sure they will not forget it for the rest of their lives

Great report and sounds like you had a fab time!

James:
Thanks for the good report.
Eric.