Today's observations were very short as the skies were mostly cloudy with very few openings to peer through. Temp is 79F. Time observed is from 12:30pm to 1:30pm. Mostly sitting waiting for clearings. I only got an observation for Ha. Skies got worse keeping me from doing white light. I ended up bringing the scopes in when thunder was heard.

Coronado SolarMax II 60 DS. 16x ( Ha )
I can see two prominence groups on the sun. One in the northeast and and another in the northwest. the NE group is a hedgerow prom containing 4 individual prominences. The NW one shows two individuals. A small but bright plage is seen on the southeast disc. I did not see any obvious filaments in the short quick observations I did today. Spicule mottling covers disc but is lower contrast than usual. Probably high clouds in the way.

The SDO HMI instrument detects a pore in the plage I observed today. 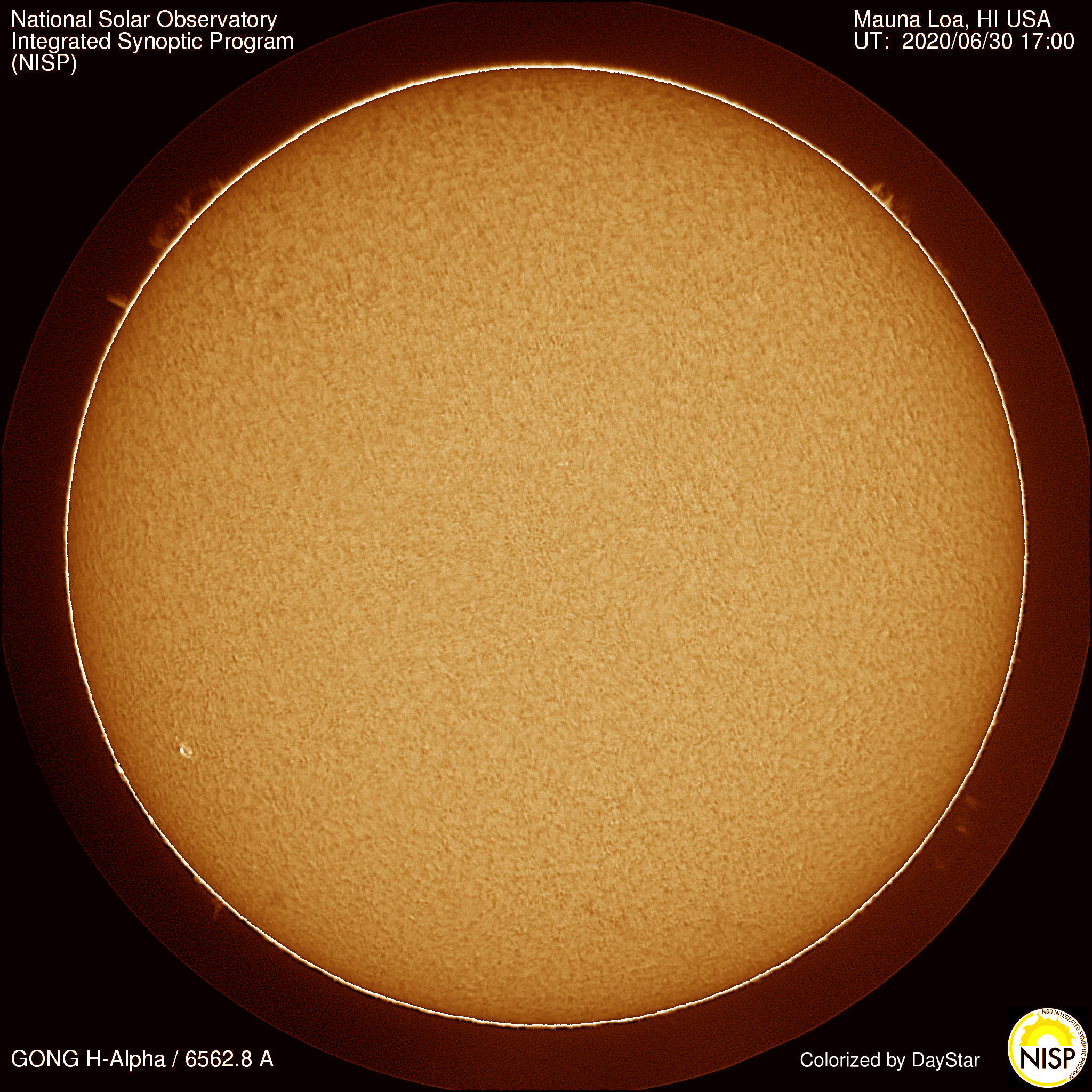 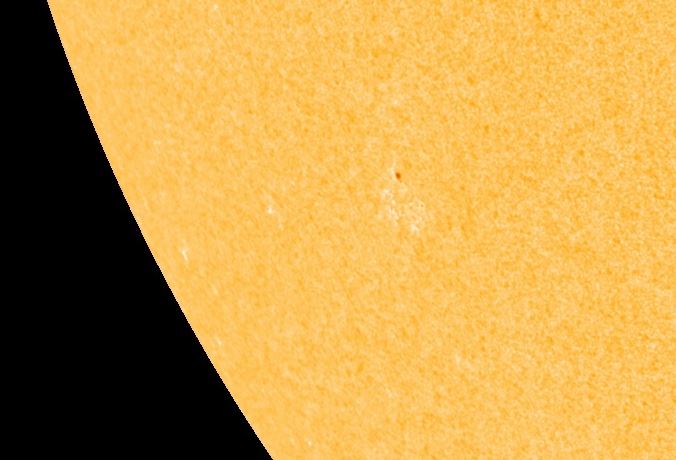 Wow!! that new AR formed quickly, very nice that you were able to see that with lots of proms too

Thanks you guys and gal! Mark, I have had to battle clouds for the meager observations I have been able to get over the last two days. May sunny days come to you.