Besides warmer than usual temperatures being forecast, the sun was predicted to be out. That information coupled with the appearance of many interesting solar features, prompted me to take out my lighter tripod and mount (an AVX) and see what I could do. Similar conditions are predicted on Saturday, Nov 26.

The sun was nested in a bank of low lying, very hazy clouds in the south but it presesnted a distinct disk over some fairly long intervals. All the sky north of me was clean and clear.

So, out goes the mount and tripod and my Stellarnue 127, Baader 135mm ERF, and Quark Chromosphere for some high res images. I could tell that the results were mostly pretty good during intervals of fairly good seeing. I had allowed the scope to sit outside for abput 20 minutes before use.

Attempts at full disk images were not as successful. I noticed that in this cooler weather that the disc was difficult to reach “on band” with some areas on the disc exhibiting a very pronounced “orange peel” effect
with about a third of the sun being obviously bland looking. Usually, getting a uniform disc was a very simple matter during the summer. This problem improved somewhat over time but the disc was certailnly not uniform. Here are the results. 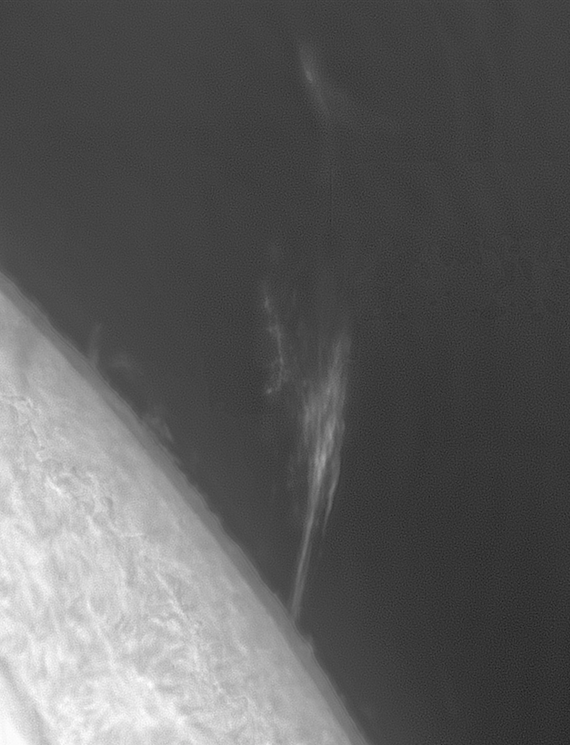 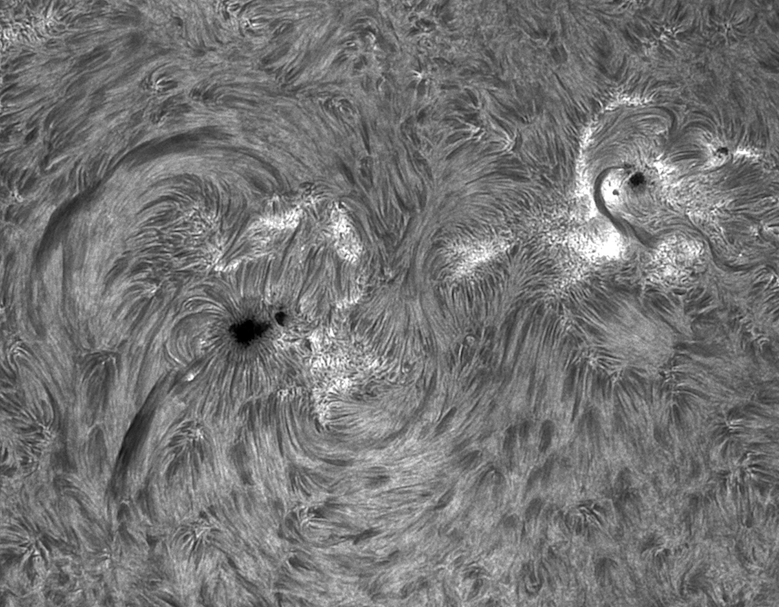 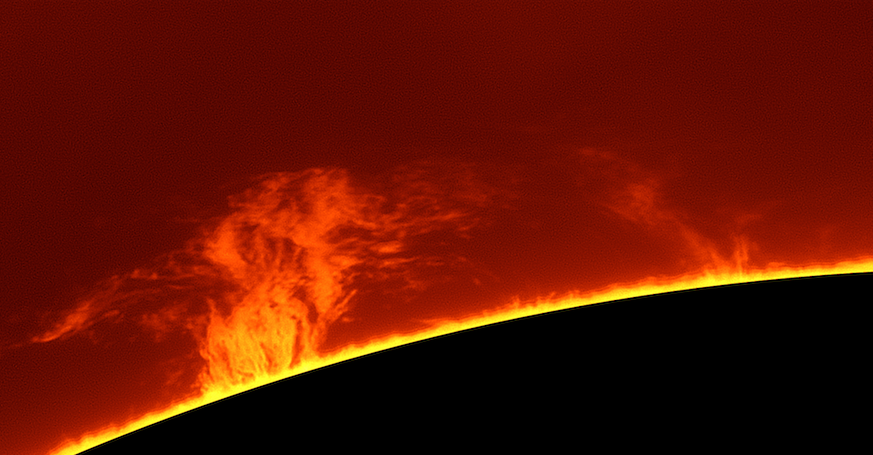 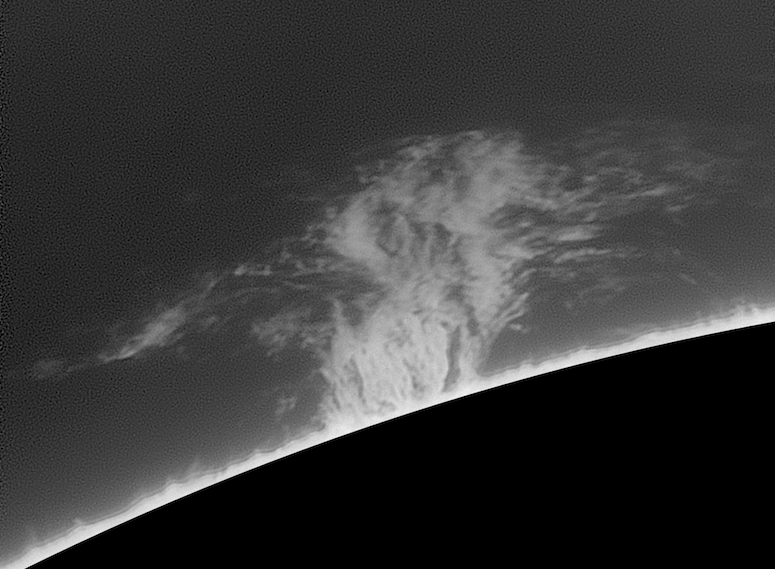 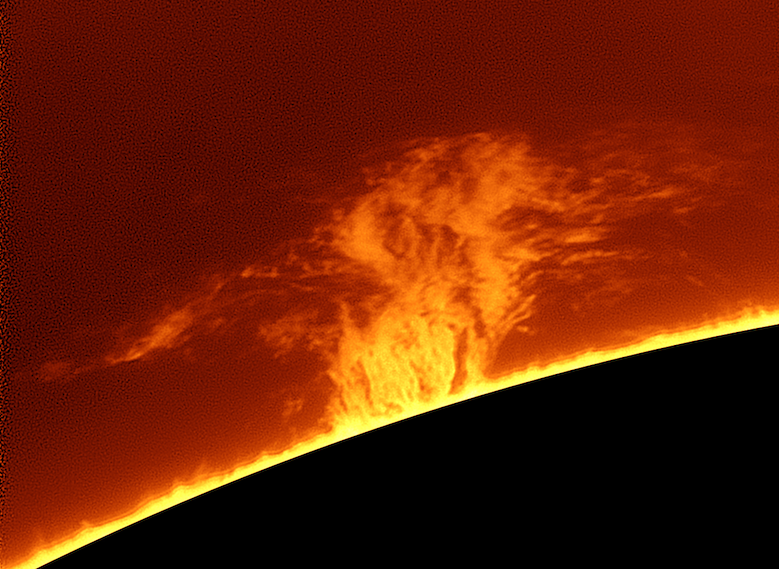 WOW Lou ! Fantastic results. The large prom is incredible, the rest is excellent as well.

Thanks, Franco, Terry, and Maurits.

I was lucky to have good seeing at this time of year with the sun so low.

I do not look at the sky with the eyes of an astronomer, but of a person looking for the beauty of nature.

These are lovely Lou, I'm glad you are still able to get out and image